Forum for discussion of the next iteration of the BA engine. This time with a all new open development approach!

This mod allows historical Skirmish battles to be generated between Republican and Nationalist forces of the Spanish Civil War between 1936 and 1939. The Nationalist side also includes Italian units that were deployed to Spain with the CTV (Corpo Truppe Volontarie). 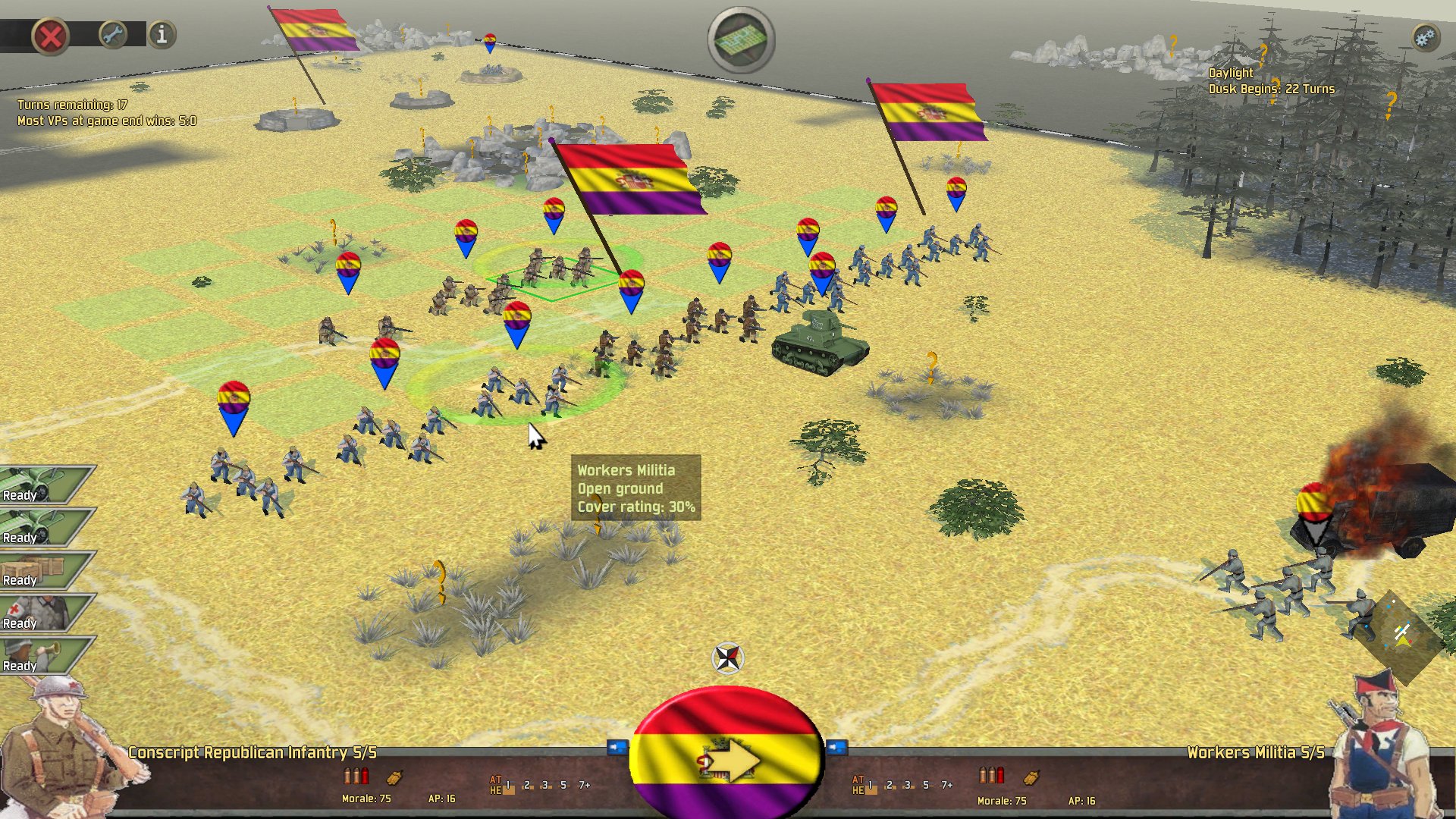 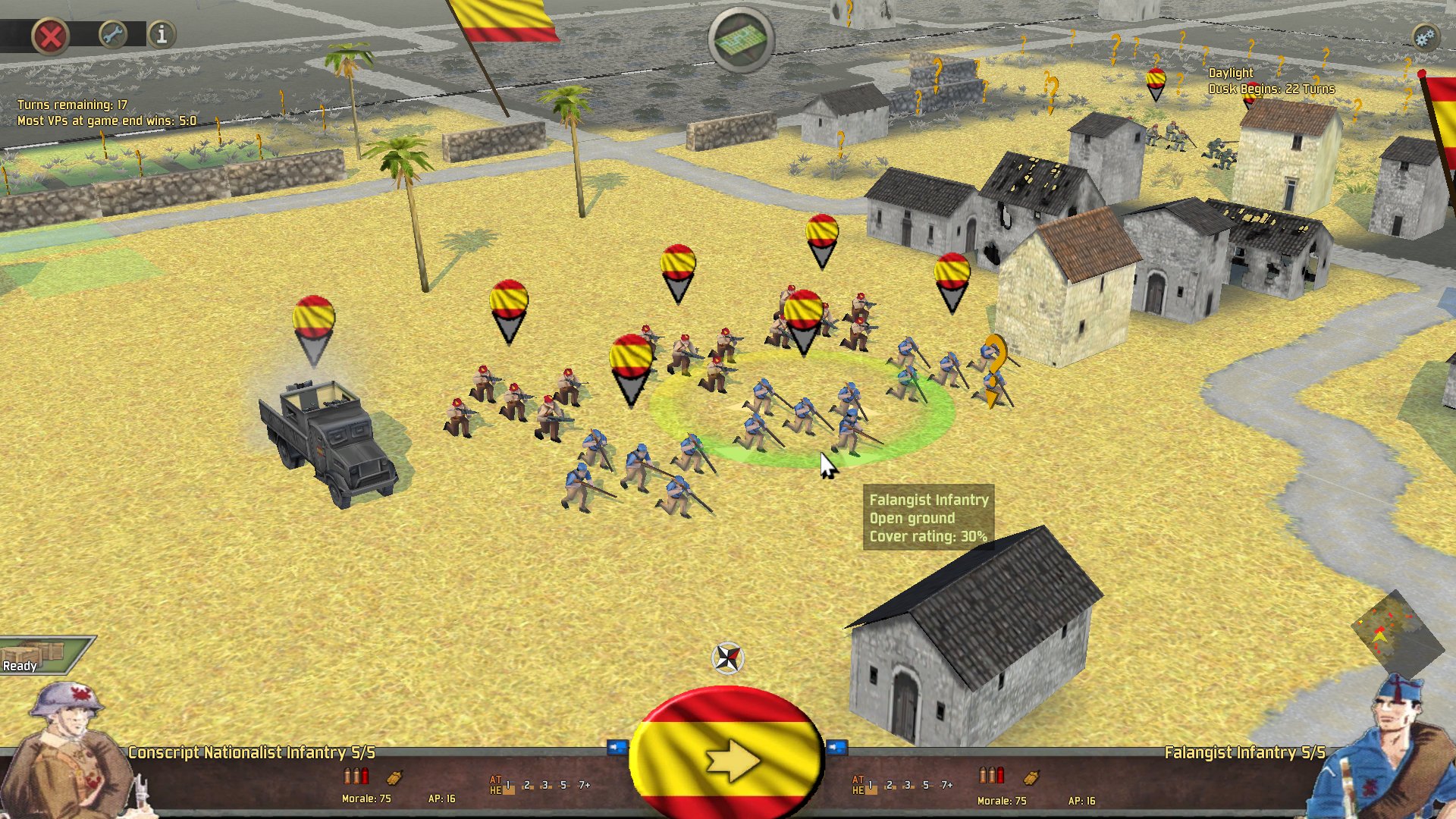 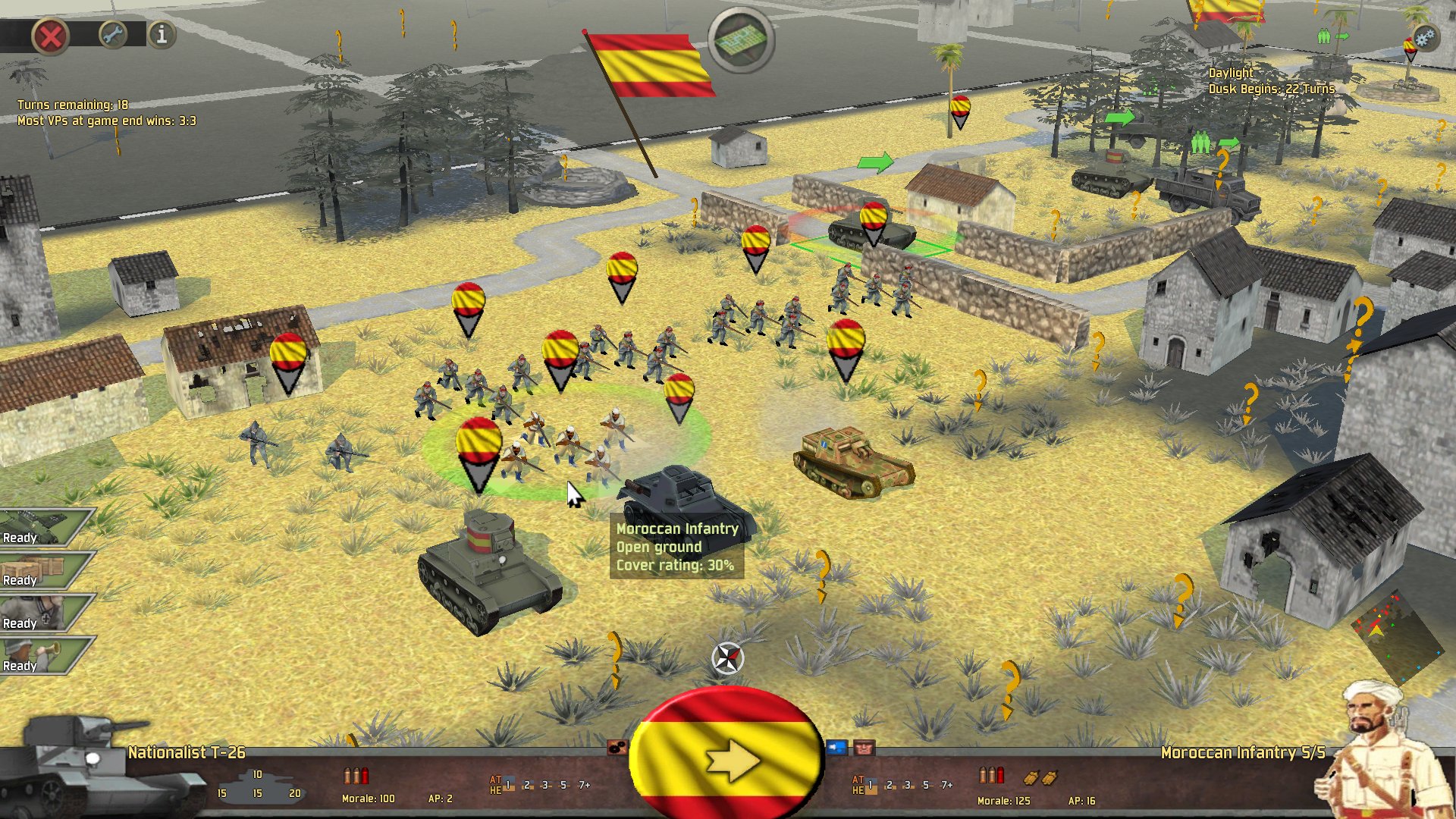 Thanks to Tim1966 for the German 77mm Gun model, which I have used for the 75mm Field Guns.

Aircraft are vanilla BA2 types (retextured in SCW colours), fortunately I was able to select appropriate types for the Spanish Civil War. The only major piece of modding here was making a Republican fighter I-15 from the Ground Attack I-15!

This mod is now available to download from within the game using the Download Community Scenarios button.

Open BA2 and select "Skirmish" from the main menu. Click the "Advanced" button in the middle of the screen. Click "Use Default Data" in the bottom right of the screen. This will bring up a list of campaigns and mods that you have installed, so select "Spanish Civil War Skirmish". Then just select your Skirmish preferences in the normal way and click "Create".

The mod includes a new SPAIN terrain package, that should be selected in the Skirmish Generator before creating a scenario. This has been done my adding a lot of Sicilian terrain objects from BA1, and I have edited some of the terrain generation scripts to replace the Russian Marsh with Spanish Rough terrain and increase the number of hills. If you use the Wilderness terrain maps, I suggest that you turn the Openness up to 90% plus, so that you get small areas of Forest and more areas of Rough. 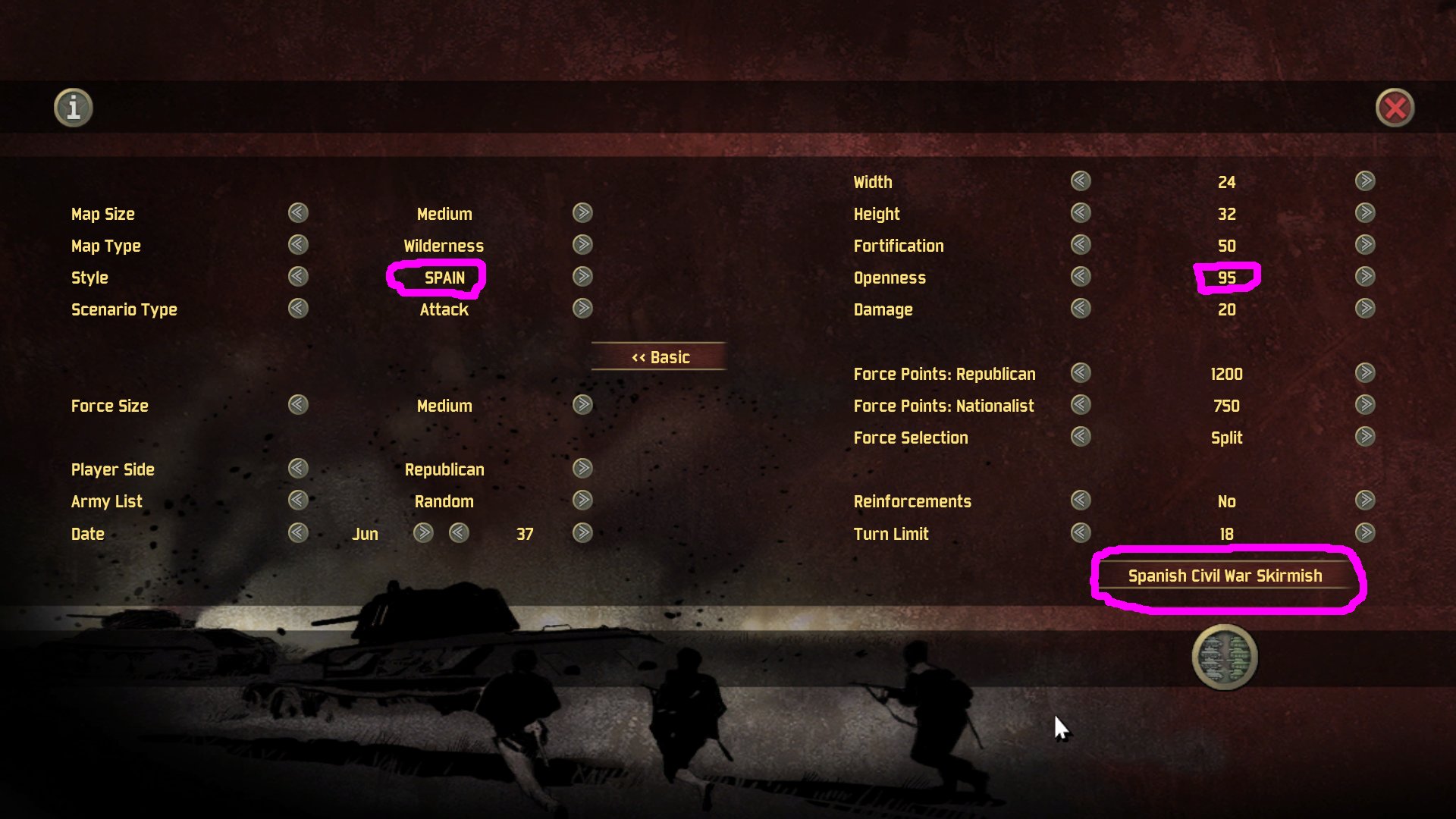 I'm not a SCW expert, so I compiled this chart of the infantry units Base Morale to help me see troop quality at a glance .. 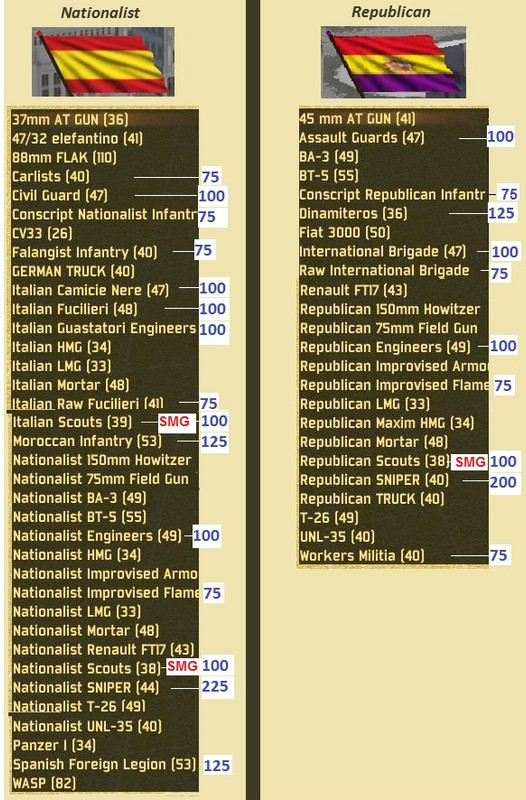 A child dream, thanks Paul.
Top

I don't play Battle Academy but I just wanted to congratulate the author for the mod. The visual elements, both miniatures and 3d models, are fantastic, while the complete list of charismatic units from the conflict seems quite impressive and comprehensive ... Overall the caps looks great!

Kudos to you, good sir!
Top

The setting really interests me and this mod looks nicely done.
Top

A new version of this mod is now available for download within the game using the Download Community Scenarios button.

I have, therefore, deleted the Mediafire link for the old version in the first post of this thread.

Added Rico's Simancas, Jarama, Teruel scenarios. Many thanks to Rico for these!
Field of Glory II Scenario Designer - Age of Belisarius, Rise of Persia, and Wolves at the Gate.