Today is a great day, today we celebrate the 48th Anniversary of the Apollo 11 Moon landing, the first time a man left leaving his mark on the lunar surface.

Also today is a great day, with some sadness: this will be the last monthly challenge.

With Soviet Space Agency, get Moon landing before the second quarter of 1969.

In case of ties, win who first indicates the best date.

Special mention to whoever gets the challenge with astronaut Yuri Gagarin (challenge without mod; his appearance in the game is random)

The challenges are posted on the Slitherine forums, Steam forums, Punta de Lanza forums and Twitter.

Remember that you will be immortalized in the Hall of Fame.
Top

Re: The LAST Monthly Challenge: July 2017

The winner of the monthly challenge, at the last moment, is... 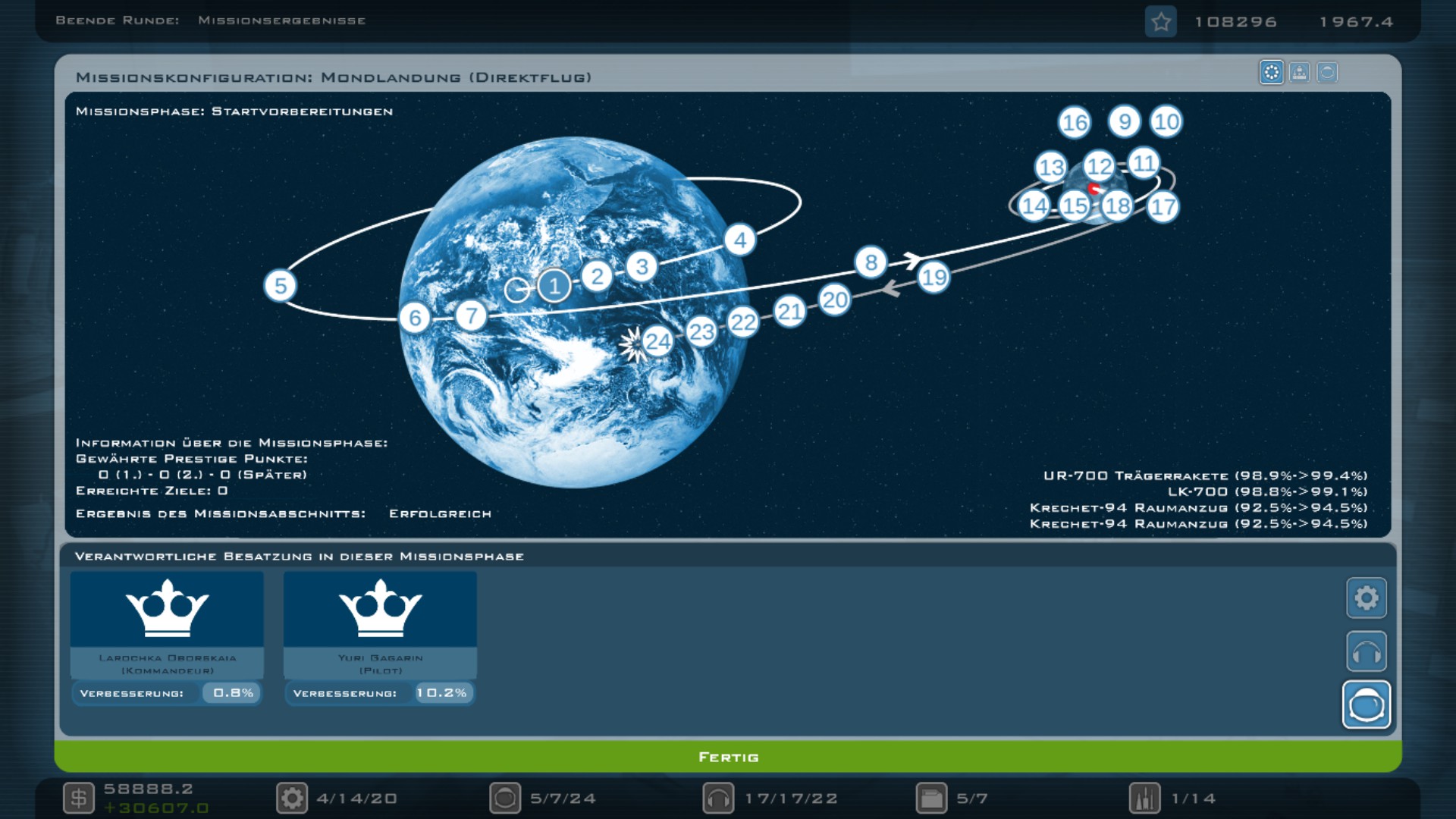