@adherbal: Great stuff! Looking already like a winner.
So there's Karl heavy mortar, Panzer III N , Panzer IV J with a flamethrower (never knew that existed), a Me410, an Il2 (right?), Ju87g (please tell me it does not have an MG attack animation. Those are cannons, they should sound like a sledgehammer and hit like one), ISU 152, Panther and a lend lease Grant.
Now, please also do some dramatic missions. I mean, battle was raging back and forth and the Wehrmacht was barely clinging to life sometimes. Take your time and make it as much fun as it already looks.
Top

The flamer tank there is (hopefully) based on the Panzer III M. There is indeed no Pz.4 with flamethrower.

It's okay that it got that small. It doesn't look that great if unit sizes overlap each other.
Top

It is looking very interesting. cant wait for another dlc

Not pz IV j but a pz IIIm flame, the other one is a pzIIIn (shorter gun)... I hope we will see all the Marder series from pz lorreine to marder II, III and 38...
Top

cool it's the Karl-Gerät! did any body else play this? 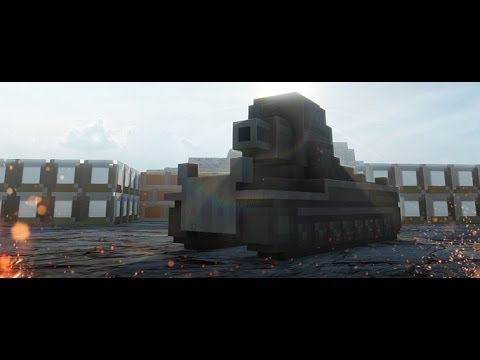 ^^^^^^This game mode was a ton of fun
I still would like to know why there is no "live" multiplayer for this great game.
Top

not to be rude but I'm pretty sure that's a Su 152 (check the engine deck)
I still would like to know why there is no "live" multiplayer for this great game.
Top

Correct, it's a SU-152. And you all missed one other vehicle

cool it's the Karl-Gerät! did any body else play this?

I used to play WoT, but only saw this particular game event on Youtube. There are in fact some references to WoT in OoB, such as the "Doom Turtle" event in the final Japanese Pacific scenario

Minor tweak of the Flammpanzer III model:
(and yes those barrels have nothing to do with the flamethrower system but its a logical way to distinguish the model visually) Cowards! Diving on strength 1 cargo trucks (and they missed one).

In the videos, why are the predicted losses so huge like as high as 48 to 1? Usually they are like 1 or 2 only right?
Will be fun trading fire with the Japanese in the jungle.
Top

I see the large scale between the Probable result. It can be more interesting because it can be precise more better Properties of individual units. This feature can make this game quite new

in some sense..and I think much much better. With this solution I would like to play once again with all DLC's

but now the fight can be more precise

@adherbal: This looks nice. Never knew there was a flame version of the Panzer III M.

And the one unit we are all missing / cannot make out is doused in flames, so...any specialists?
Videos: Animations look great, but I guess you guys do the balancing later. Right now, the tank busters dont pack a punch; at least it seems that way.
And please add that "Ruestsatz" specialisation. I mean, I should be able to switch the armament of my fighters, fighterbombers and so on when they are landed. Would be great to put bombs or cannons on my Me410 or FW 190 and so on. This can also add a lot of drama to missions - do I need air superiority (figher setup) or additional help with keeping the Red Army at bay (figher bomber setup). Or do I need to switch it in the middle? Dont leave this out.

Also, I think with all the new armour coming up for the eastern front, missions can be designed way more specifically for supply line attacks and large encirclements. Blitzkrieg only had these a little bit in Kiev, but Rhzev and other battles offer more possibilities for this. Oh yeah, maybe cut these into several shorter missions. I think 20 turns each, two or three missions on the same map (fighting retreat, hold, counterattack) would be a great idea and give you guys more bang for your buck.

The developer build displays prognosis results x10 for more accurate balancing/debugging of combat formulas. This is not something that will go into the public game. And no, the new aircraft have not been balanced yet.

Andy2012 wrote:
And the one unit we are all missing / cannot make out is doused in flames, so...any specialists?

Aircraft (and artillery) damage against ground targets decreases the lower the strength of the target unit. The reasoning behind this is that it is more easy to hit a group of 1000 soldiers (or 20 tanks) than it is to hit 50 soldiers (or 2 tanks) when they are spread out over the same space (a hex). From a gameplay POV it means it is harder to completely destroy a target unit using long range (air/arty) attacks, thus increasing the survivability of ground units.

This new trait will recude this effect however, and be assigned to dive bombers and "cannon bombers" (ex: Ju 87G). This means that while these units may not necessarily have a higher attack value than a good level bomber, but they will deal damage more effectively regardless of the target's strength.

An example is the D3A Kanbaku dive bomber VS the B5N torpedo/level bomber: Currently the B5N is probably a more useful unit because it can use both torpedoes or bombs (and can carry a bigger bombload). With this new trait however, the D3A will be better at consistantly damaging ground targets because of its more accurate diving attacks.

Heh, I saw those kayakers in action for the first time in the British Beasts video. Now I get the idea, perhaps: Instant disembark and combat, I believe I saw. Into jungle, no less!

At 0:54 the screen focus shifts down and you see them in the lower right. Go full-screen to watch closely. There is a special action button; something about "Exit the water and move into the shoreline" followed by a commando sneak attack.

EDIT - I was able to get a couple of screen shots: