Looks very good! Any change for that LST for us iPad users?

Yes, for the next version, if not before. I had some difficulties with the whole Dropbox/file converting affair, but Petcat gave my some hints so I may figure it out. I'll try to put a DL link for the current version at the WE but I'm damned short of time ATM so I cannot promise it.

Sorry for the inconvenience!
Top

To create the LST file, just open a text editor, then copy the code below to the file. You can change the SHOWNAME, DESC, MAKER and SIZE. Then save the files as COMBAT_MISSIONS.LST. The LST file can then be placed in your dropbox public folder. Publish the link to the file here in the forum and iPad users can download the scenario pack.

Until you've created, iPad users can use this link (LST file to your scenario pack placed in my dropbox

You guys are really helpful. Many thanks!

Problem is, mines are not working - see screenshot below. First, infantry avoids them and tries to find a way around the minefields. As turn follows turn, they don't care anymore and enter the minefields without further ado. Vehicles too. Very strange.

Any ideas how to fix this? 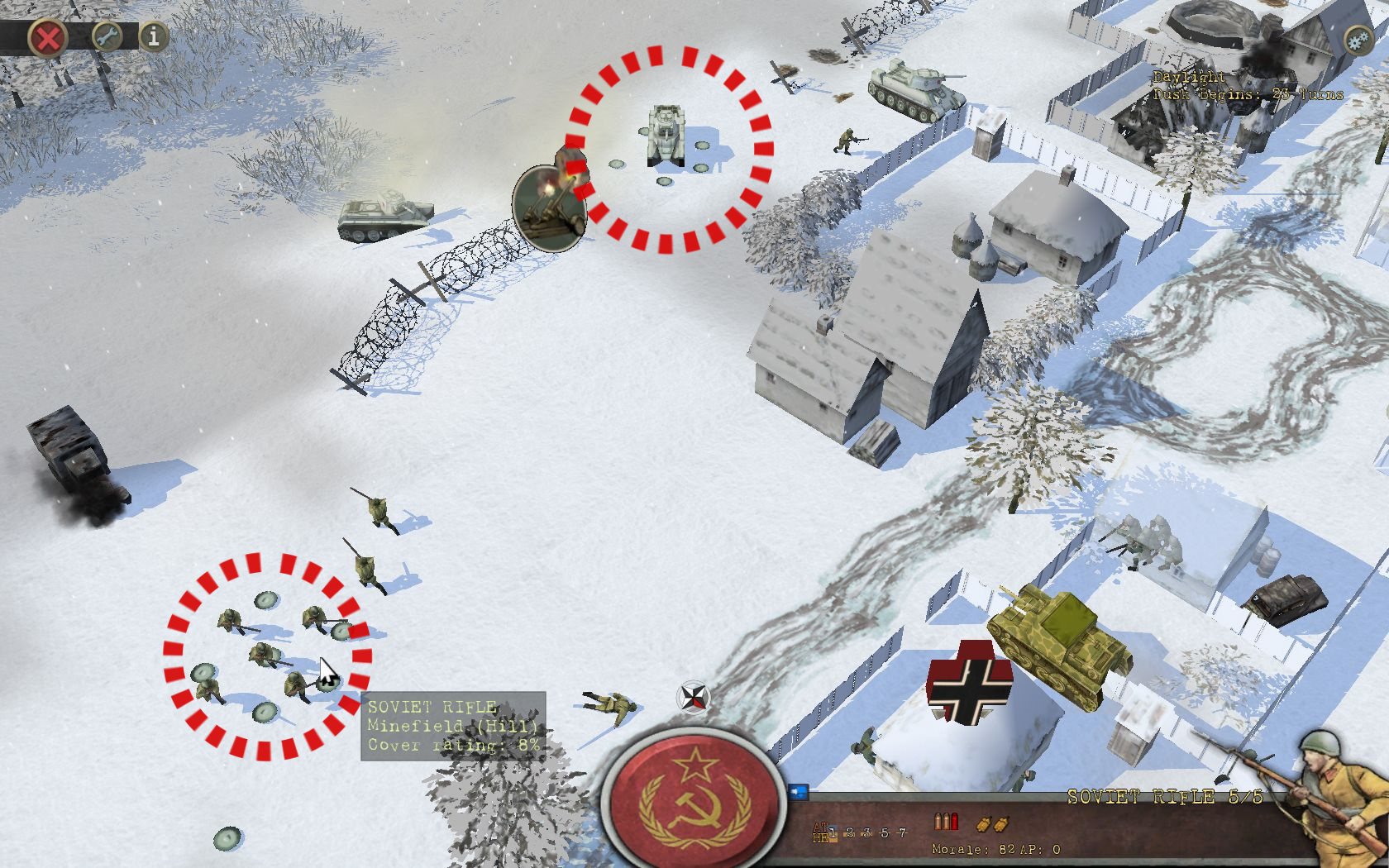 IIRC, mines as default are triggered when Axis enters the tile. This is scripted in the core of the game. But I'm sure Enric or some other scripting wizard got some script that will make mines lethal for both sides.
Top

Thanks. I think about posting in the Modders Corner about the issue. I'll also take a look at several vanilla and custom scenarios how the creators solved this problem. ATM mines are mere eye candy when used for the Axis side. The scenario works nonetheless, but I want to publish it with full-functional minefields.

Thank you very much for your detailed feedback via PM. I'll answer it during the day. Cheers!
Top

Repainted and ready for the Eastern Front: Autoblinda AB41 and Bersaglieri. (Screenshot from a new, far from being done scenario which will include Italians and some street fighting.) 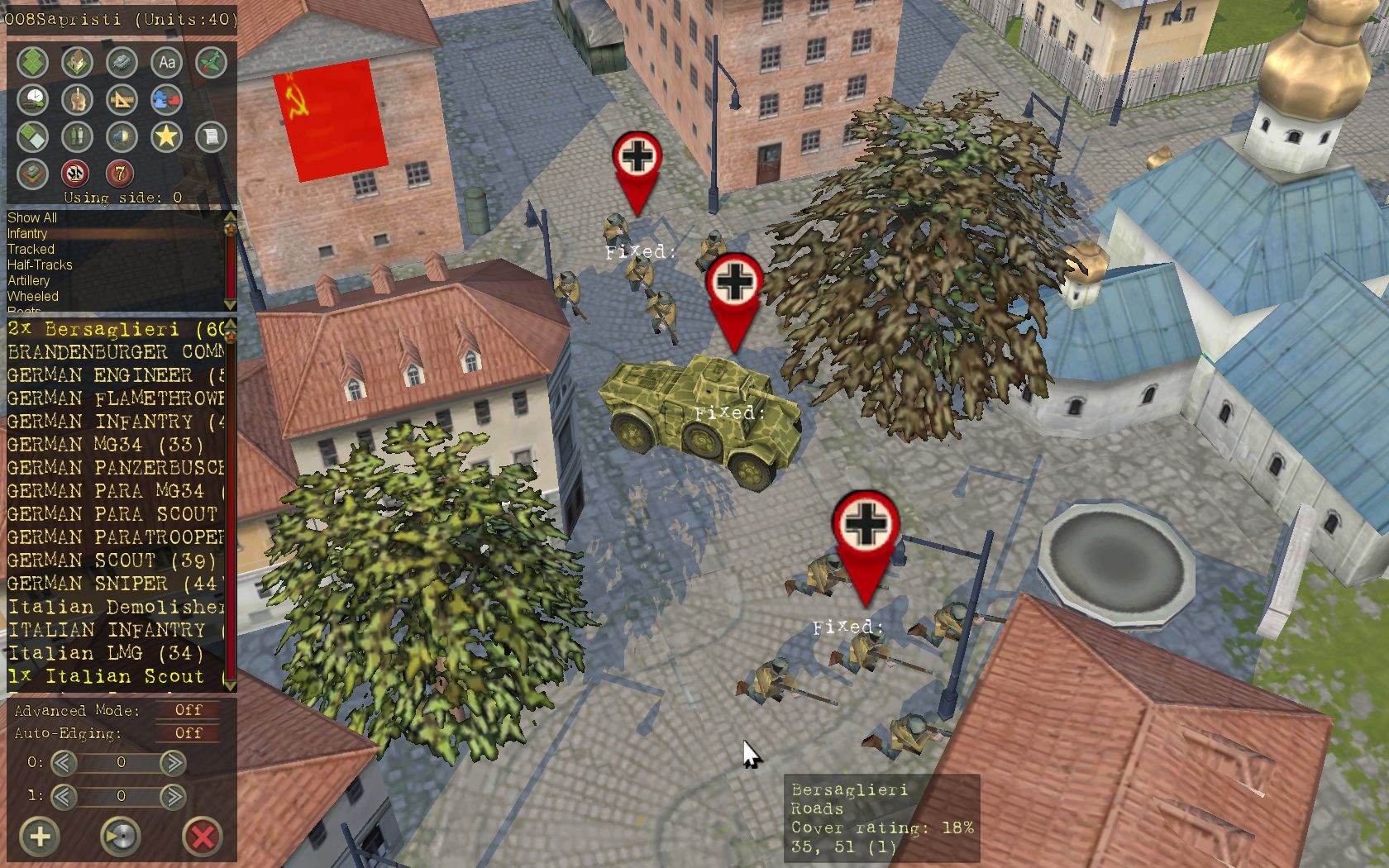 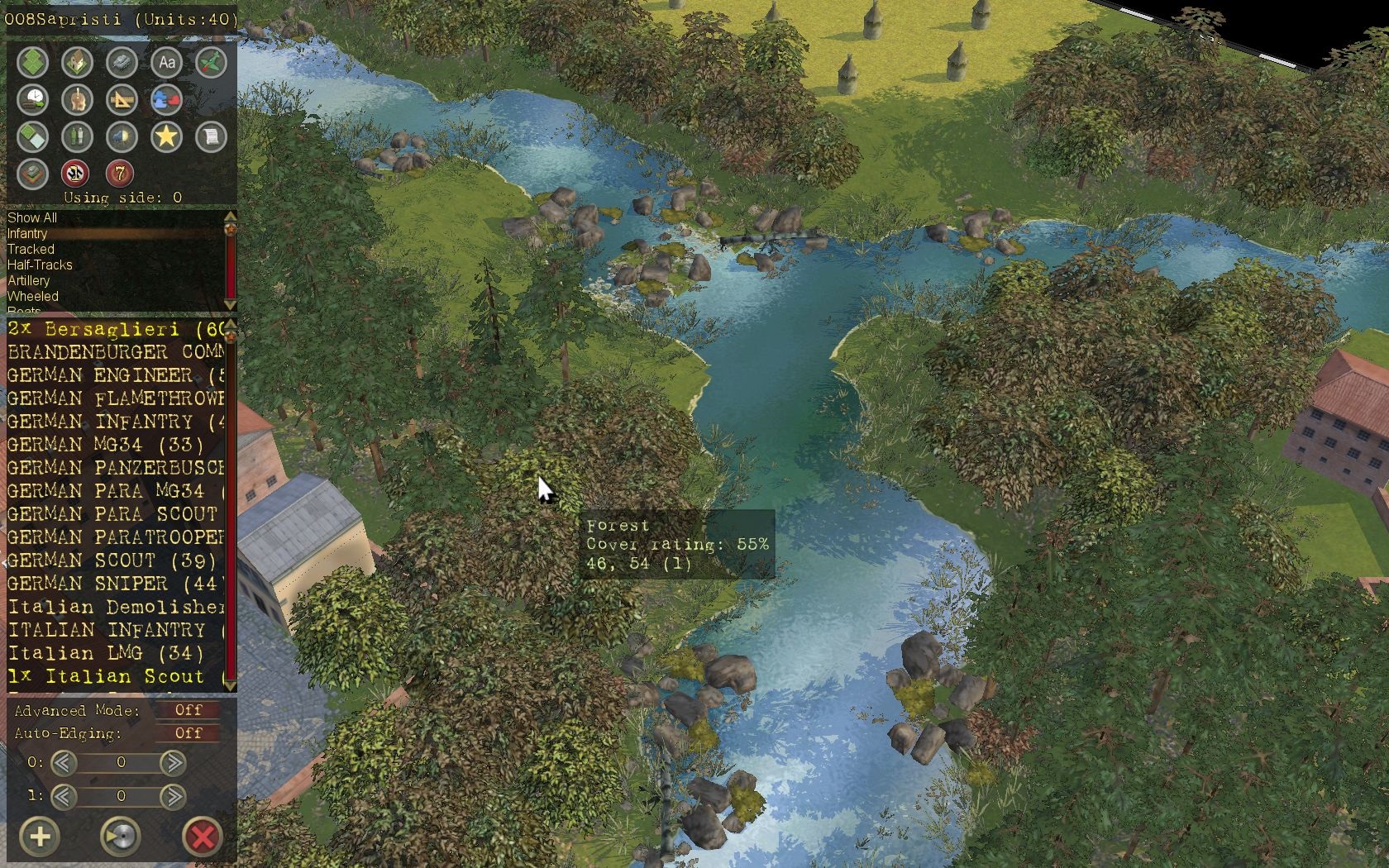 Apart from that: playtesting, adding some minor changes to the older scenarios and some finishing touches on the maps. Will release the new version soon.
Top

Great work..enjoy these as much, if not more then original.. I truly look forward to more, if that is not being greedy !!
Top

Nice to hear that you're looking forward to more of my stuff. I need just a few days for playtesting, especially the winter scenario is a difficult and huge beast.
Top 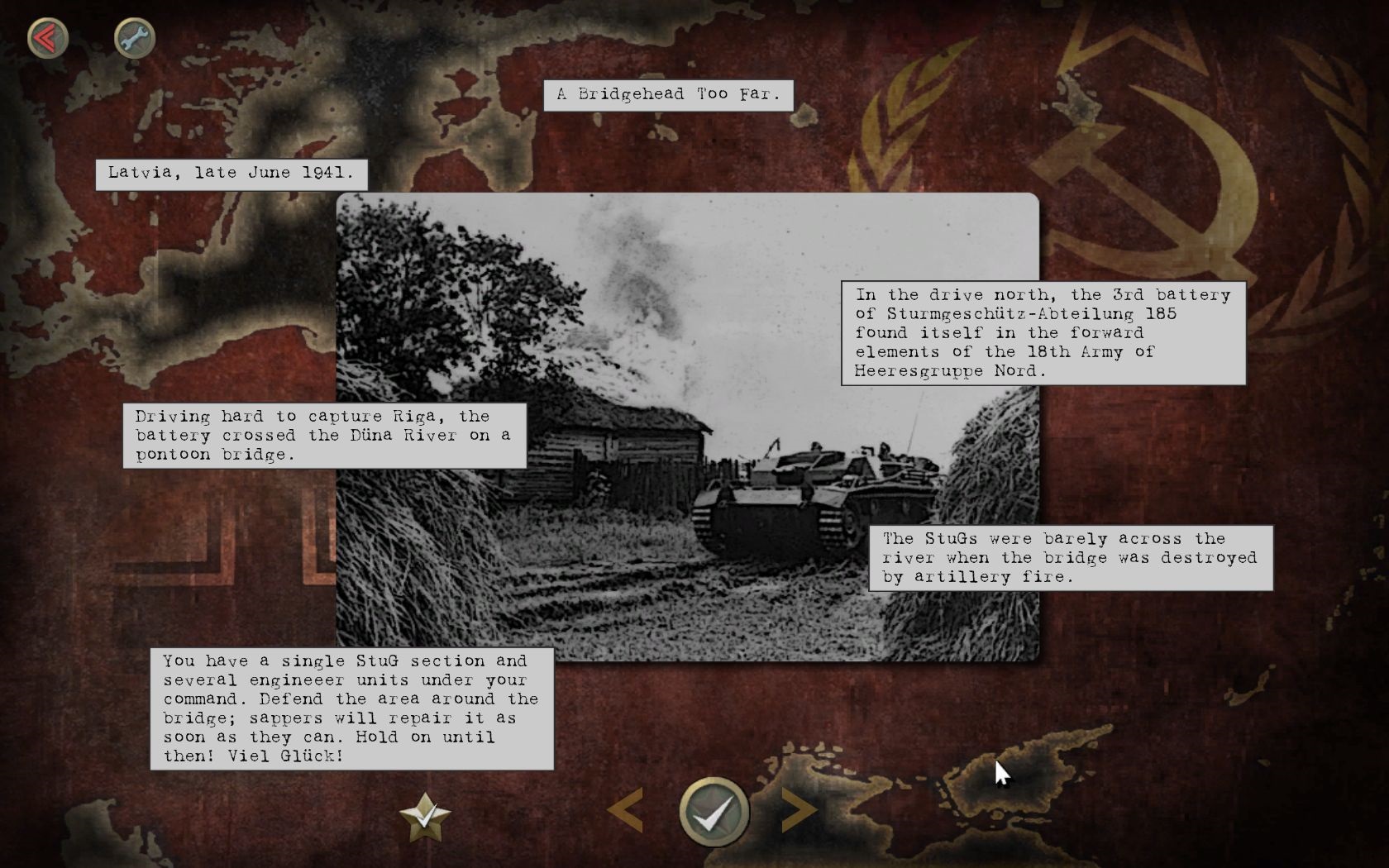 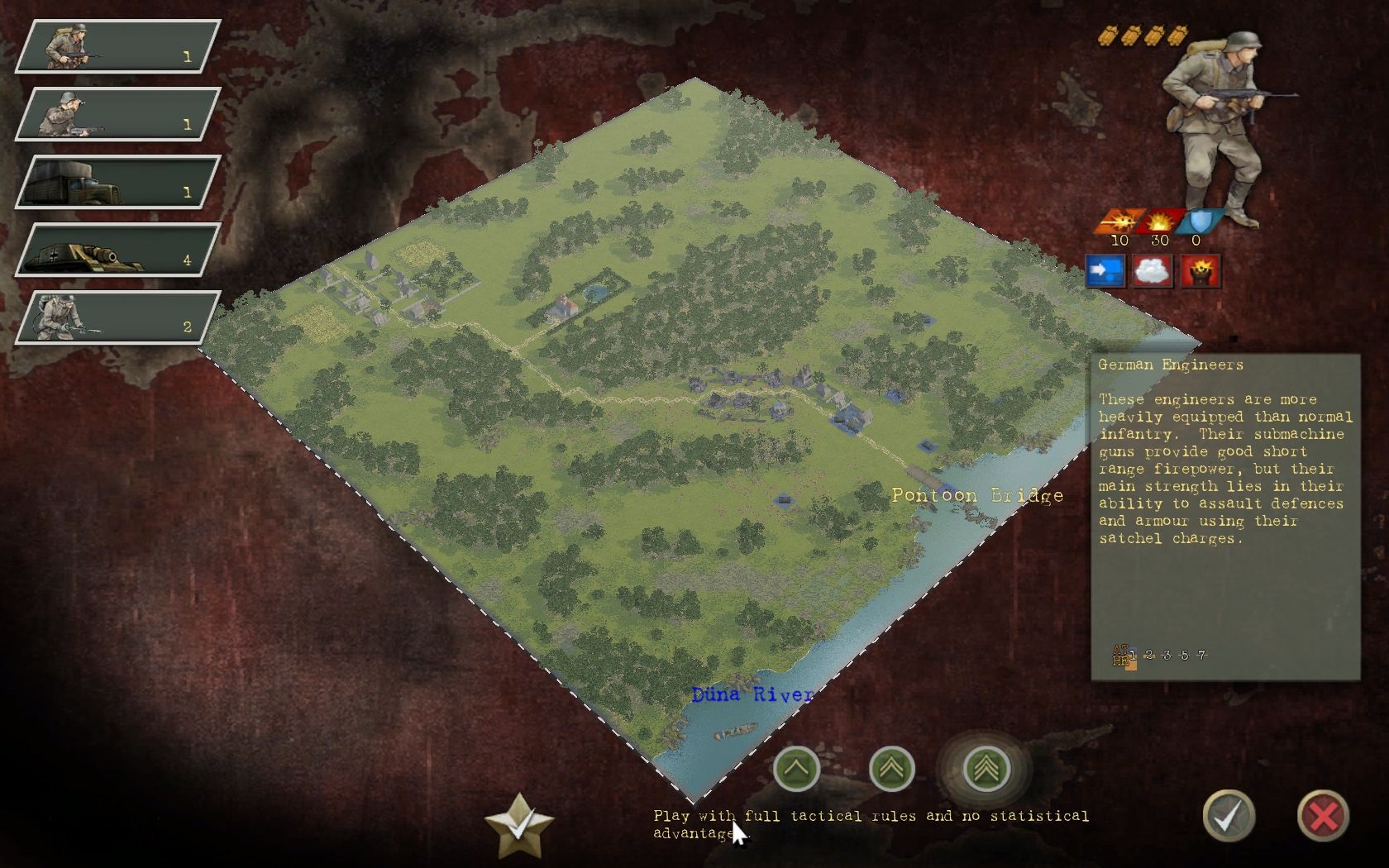 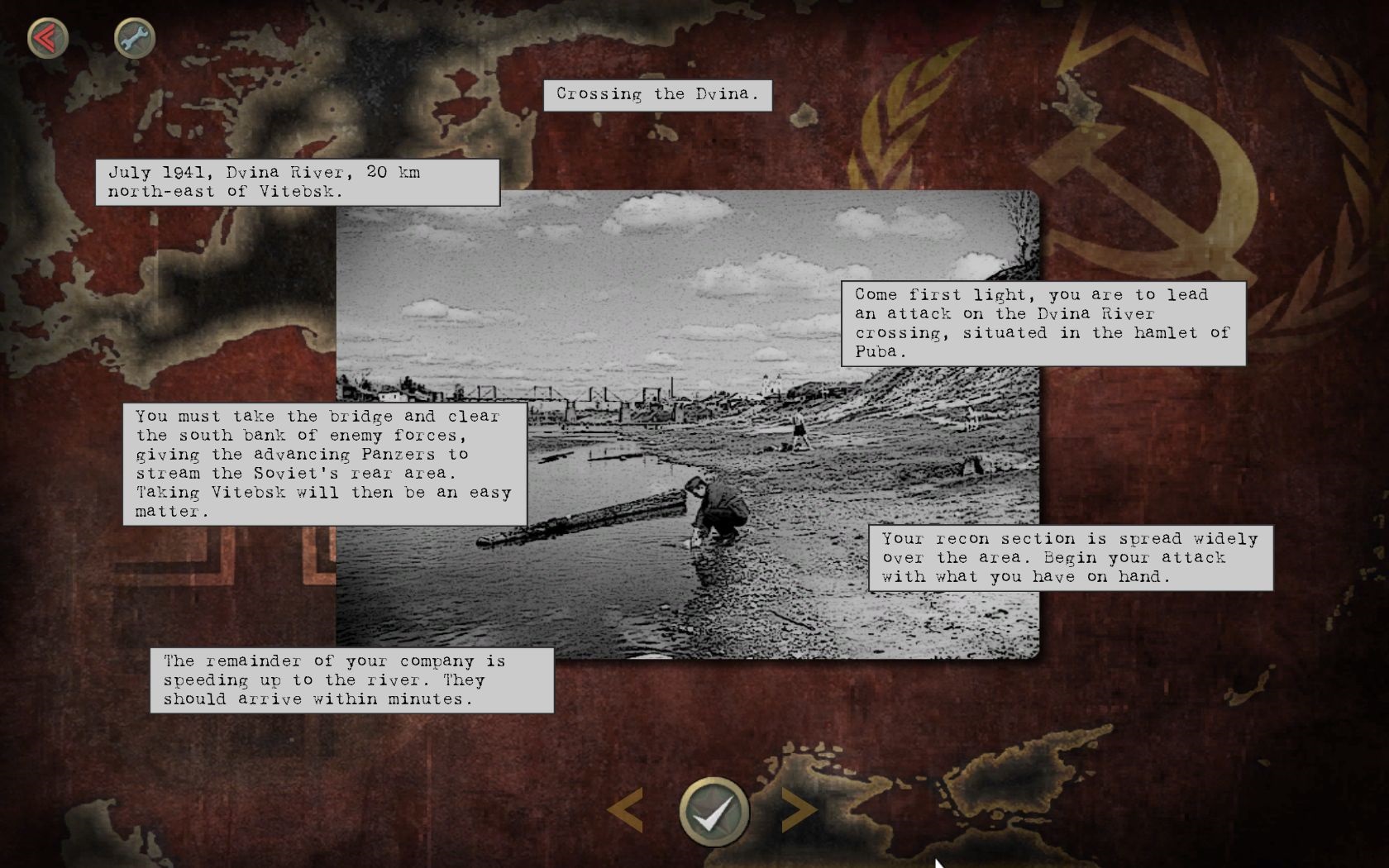 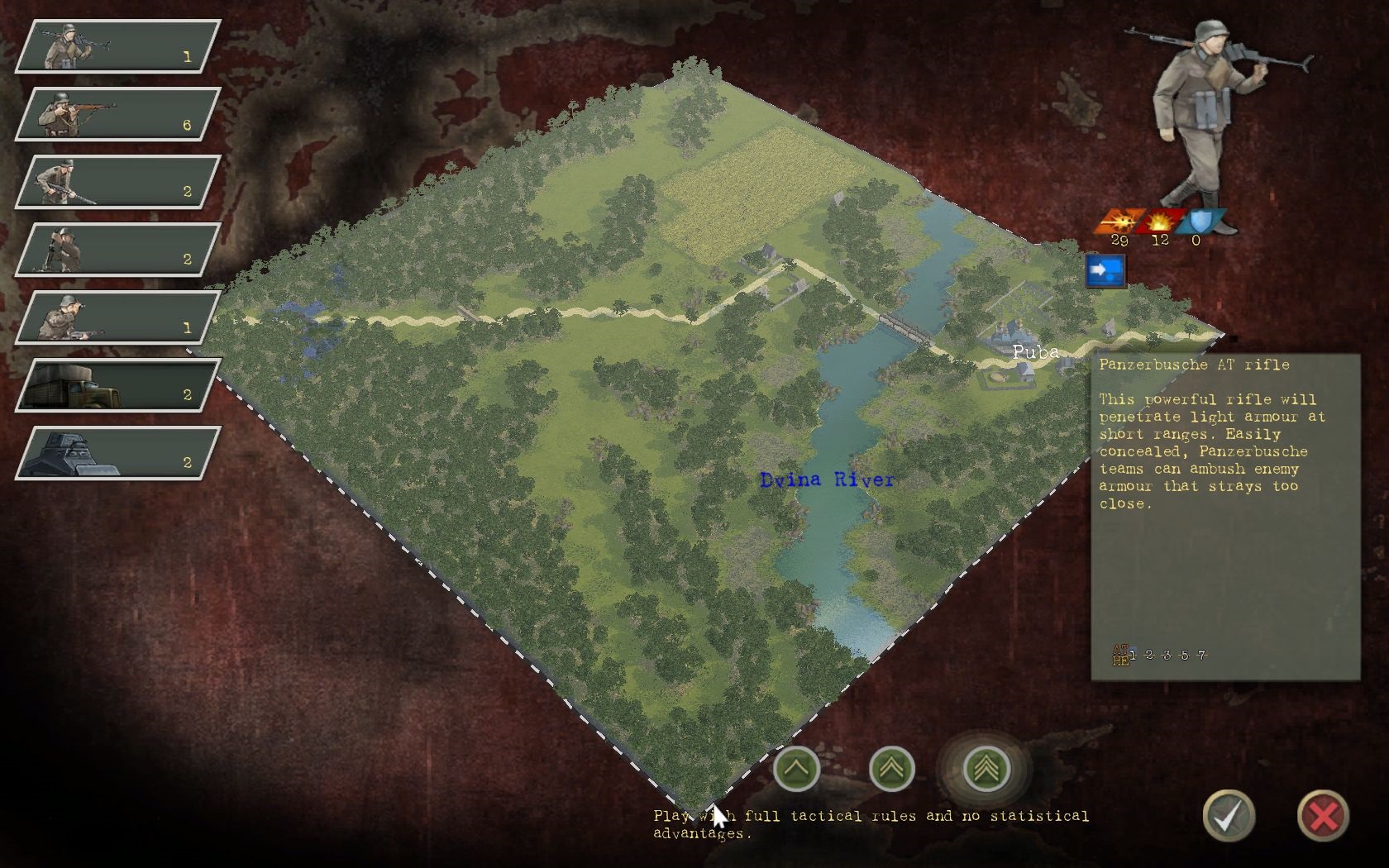 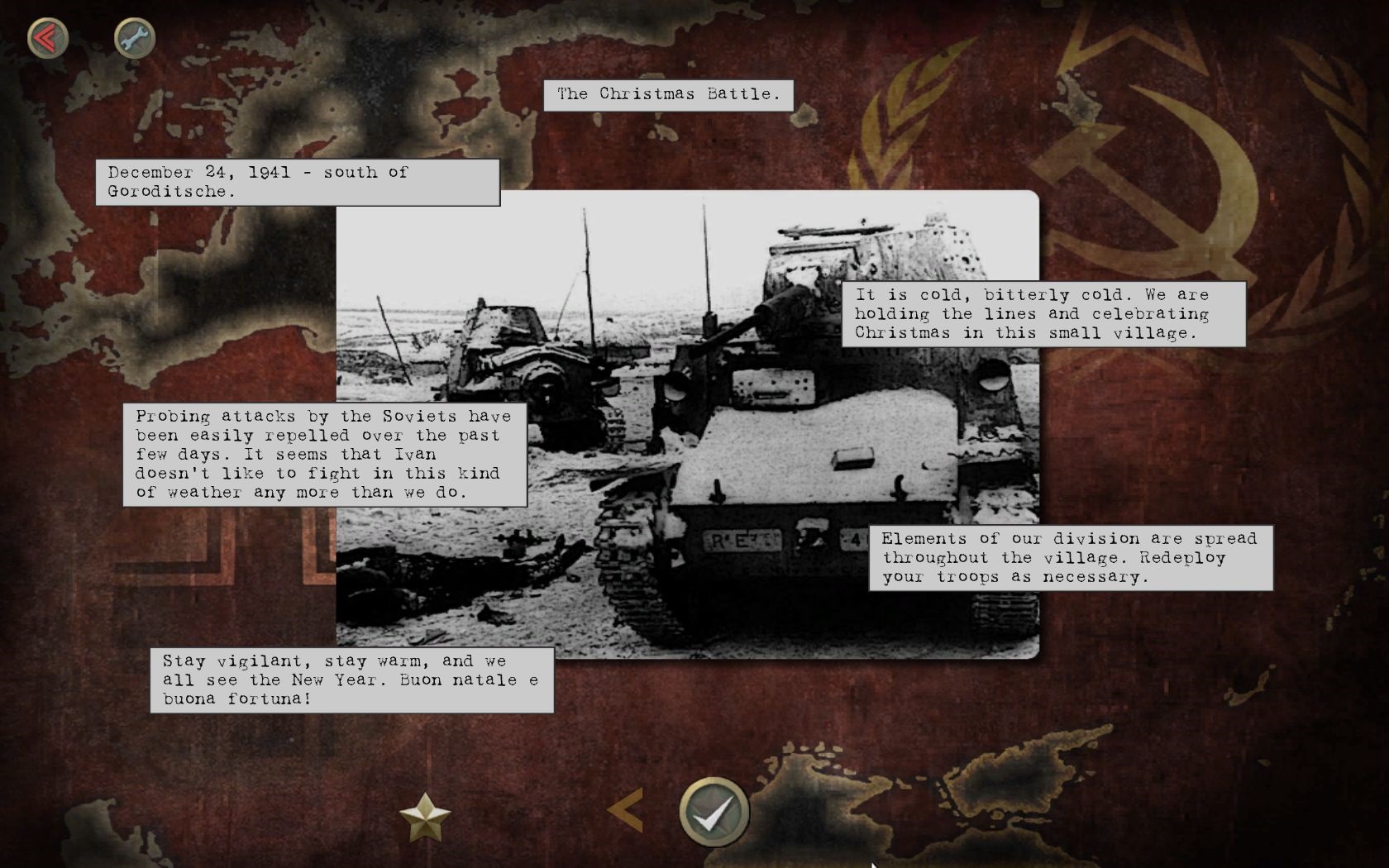 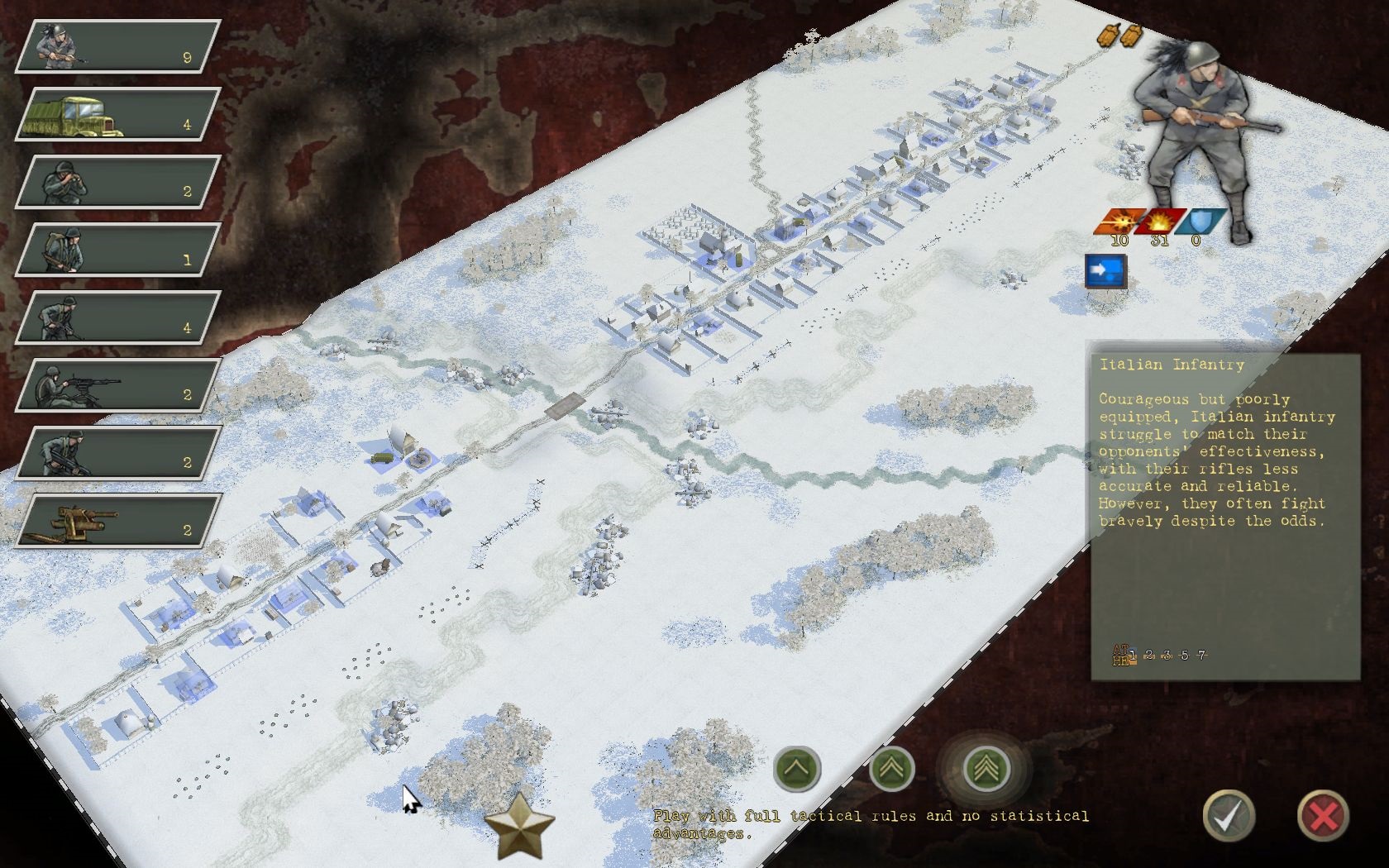 Many thanks for this.

Thanks for good campaign!
But Cannot run on Ipad.
I tried zip version and lst version

Presumably, some filenames have German umlaut so it occured error on when compressing/decompressing cpf file, I think.
Thanks!
Top

Very impressive !!
and many thanks for the Italian units.
Top

Hi, please, Must I ADD this pack in the zip files at the already Combat Mission Campaign Folder OR is and Independent Campaign ?
BTW..... is fantastic !

Thanks by my side for Italians !
Top

I need some help---the campaign doesn't work on iPad anymore. I can't download it.
Top

First of all thanks for your friendly words.

rwm59 wrote:Hi, please, Must I ADD this pack in the zip files at the already Combat Mission Campaign Folder OR is and Independent Campaign ?

Just replace the old version of this campaign with the new one.

To all the iPad users: I'm very sorry for the repeated inconvenience! At least I found the reason for the Dropbox problem - as a new user I quite simply have no Public folder, DB removed that free offer in 2012 and sells it for a monthly amout since then. Needed some time to check this, the info is a bit hidden on their site. ATM I'm quite reluctant to spend money on this, so until further notice this campaign is for PC users only.

nikdav wrote: and many thanks for the Italian units.

I've got a new 'Italian' scenario under progress with many new units: Italian and Soviet cavalry (dismounted of course) as well as Bersaglieri with their supporting units. I also added (though not for this scenario) German Gebirgsjäger to the Squads file (they wear olive brown Windjacken). Just need some time for complete the UI graphics and several playtesting sessions.

A thing that almost pains me while I work on this campaign is the wasted potential of this game since Slitherine abandoned it. Many units are missing, for both sides. And there are no Hungarians, no Romanians. No Finns. Etc. Etc. I tinker with the idea of adding other minor Axis nations which in fact is not that difficult when it comes to the mere adding of units to the Squad file and modding graphics. The problem is how to add proper sound files. That of course needs some scripting. But can the new sound files be added to the campaign - or must they be put into the main game's Sounds folder? - I will experiment a bit in this direction but I currently won't promise much.

And finally some eye candy: the new map. 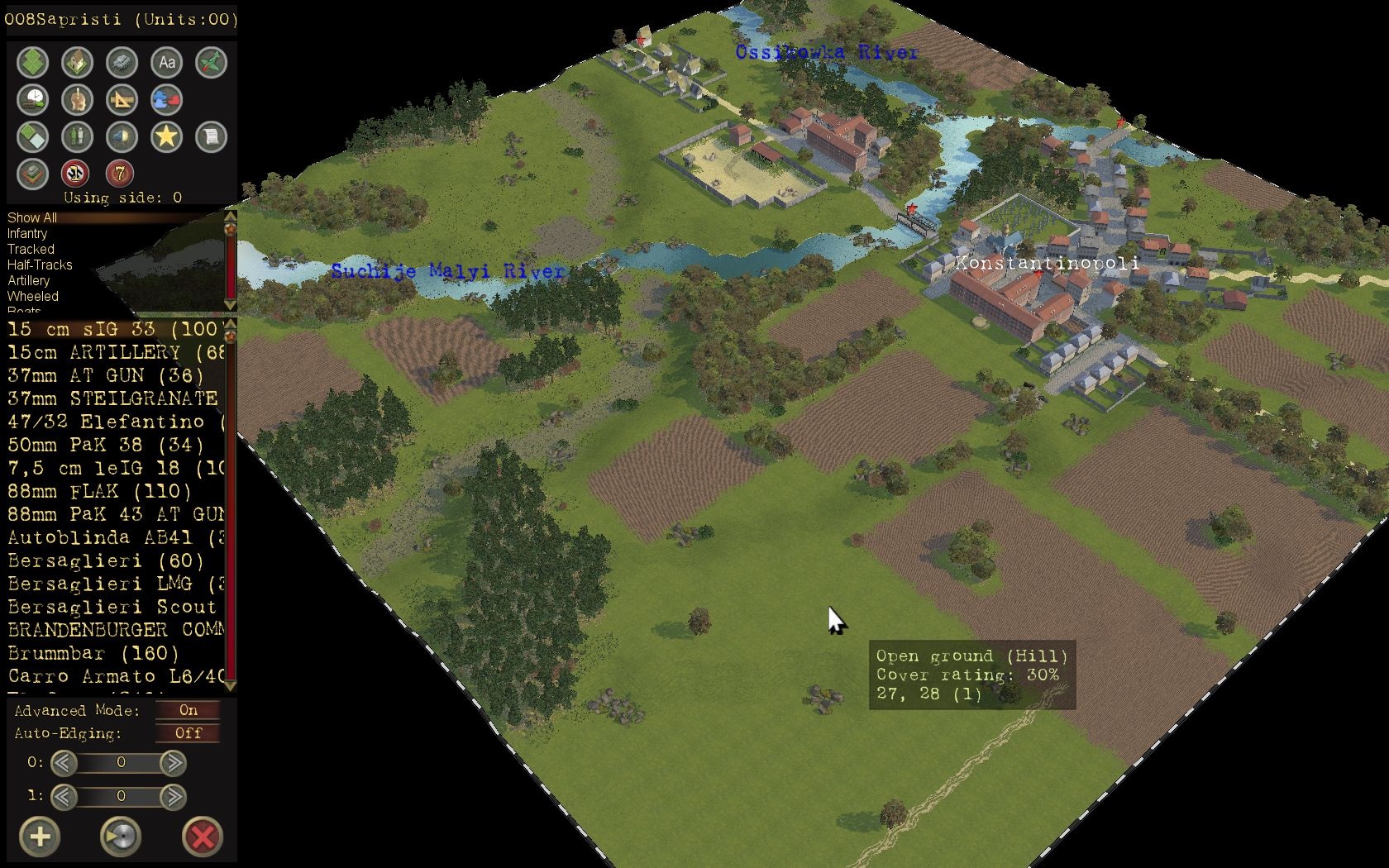 IIRC you can add new sounds in a DATA/SOUNDS subfolder of your campaign.

Thanks, Pip! That is important info.
Top

ok, deleted all the wrong bridges , now work fine !
PS : in the editor I saw a good map calle Sapristi ( with italians!) but I can't find the battle.. is still a beta ? (very very nice!)
thanks again fort this good campaign.
Ric