The problem is that:

So it works OK for galleys, which fired from the front and could largely ignore the wind, but not for sailing ships.
Richard Bodley Scott

@rbodleyscott : Thx for this explanatory reply

There are currently some interesting tabletop projects such as the Oak and Iron kickstarter. Hoping some day there’ll be also a video game in the same vein. I don’t know if some kind of simplified implementation is possible in a sequel to P&S. Landing/shore scenarios are so tempting ! How about a system with :
- unmovable sailing ships used as gun batteries (like currently in P&S),
- slowly moving galleys,
- and unarmed troop ‘boats’ sailing at a constant speed (1-2 squares per turn) that turns into soldiers when hitting the coast ?

As for this current thread, my objective was modest : dropping on a map a couple of slowly moving sailing ships as supporting gun batteries in land battles against soldiers, forts and other ships and find out if it was fun. P&S is so great !

Thanks to Cronos' mod, the first Swedish landing in P&S with movable ships (WIP) 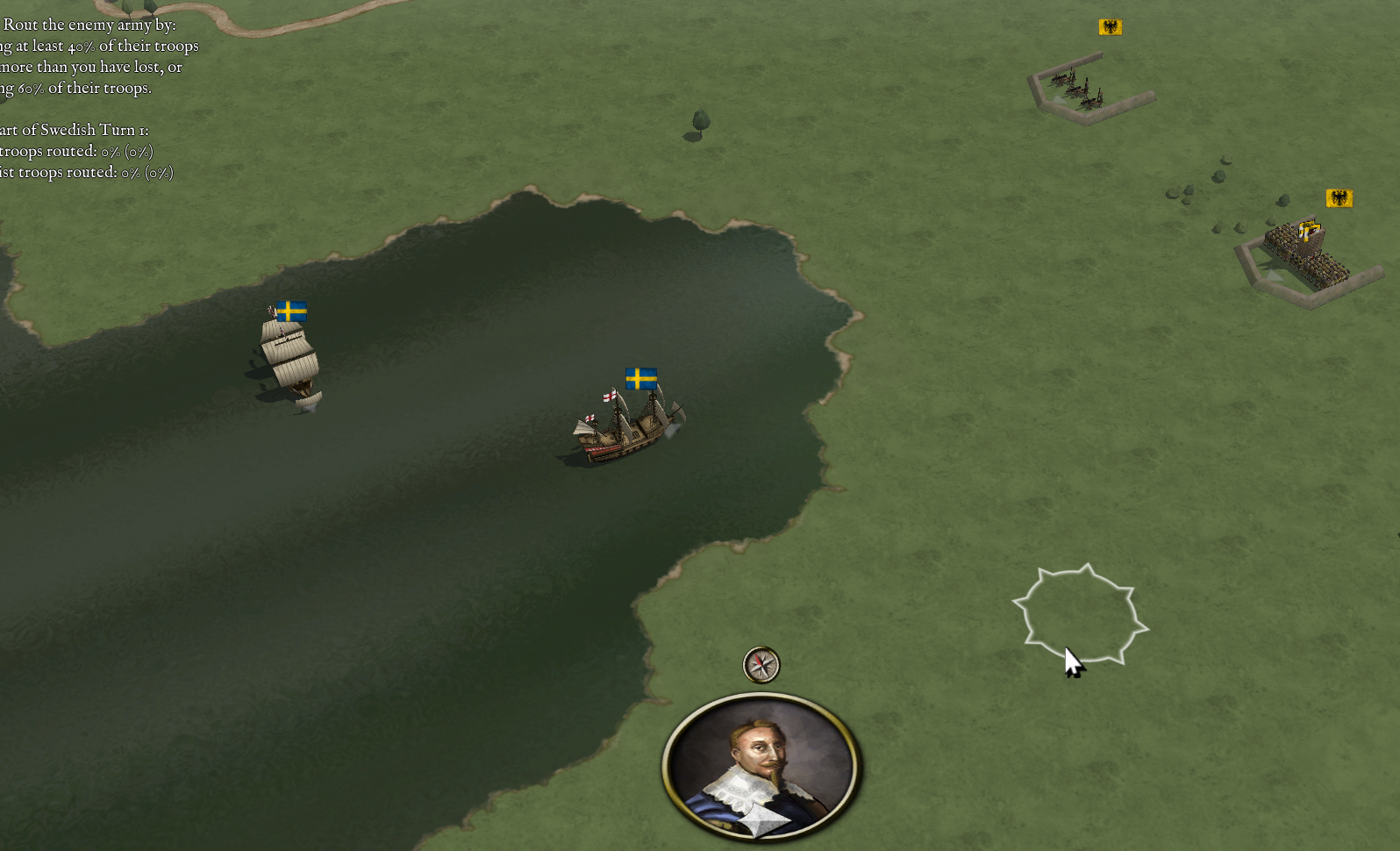 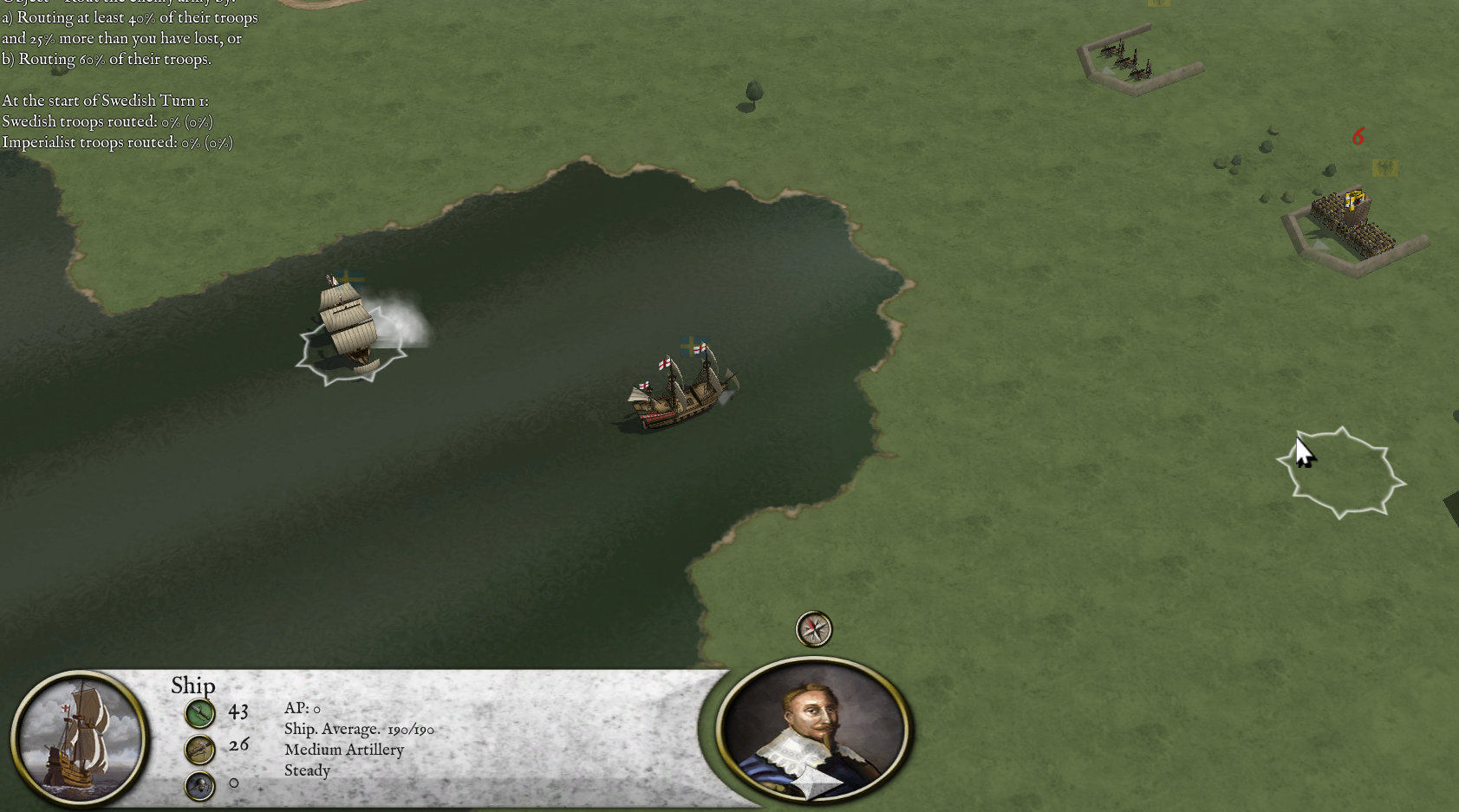 2) The landing boat approaches the coast : 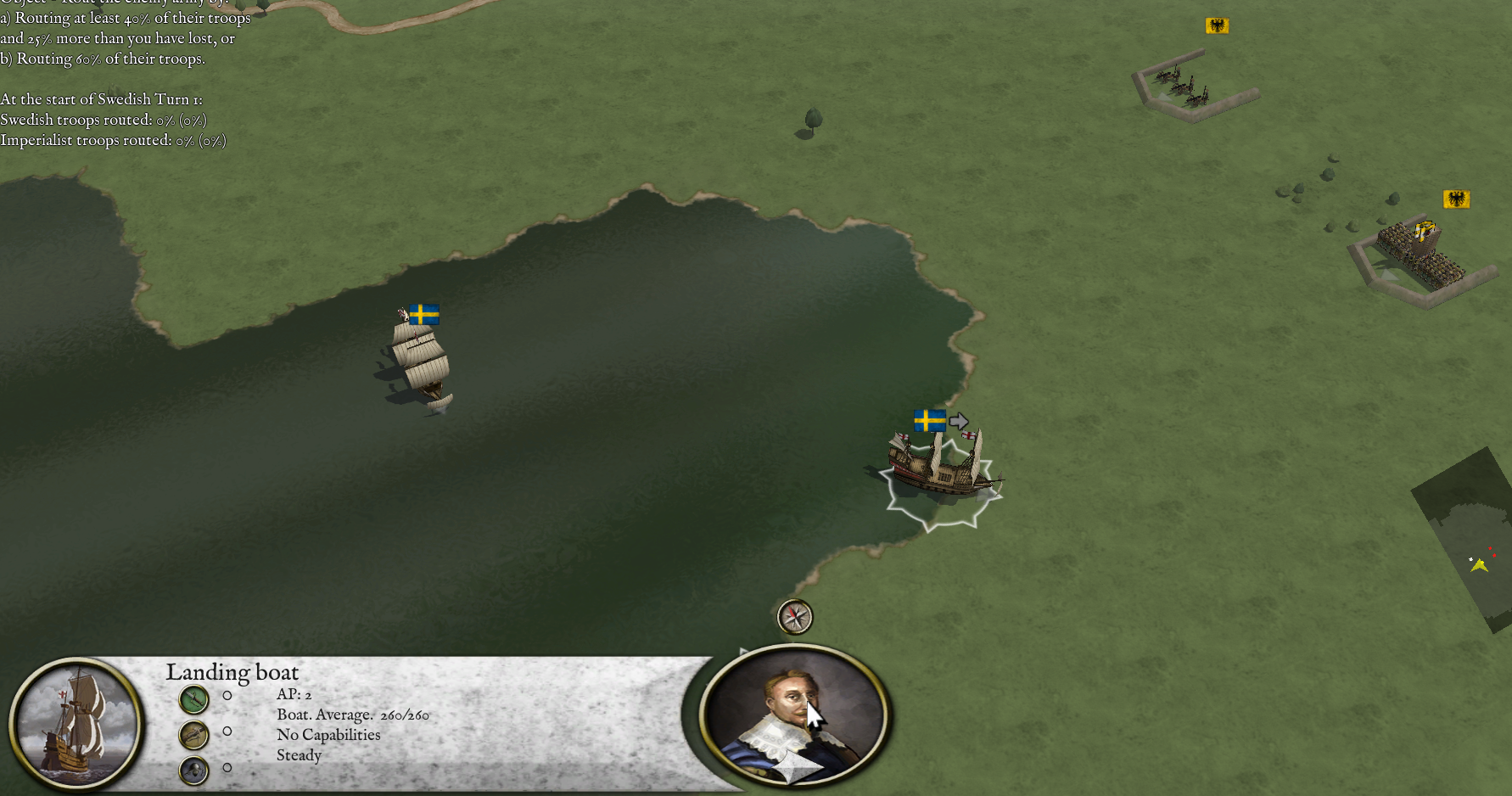 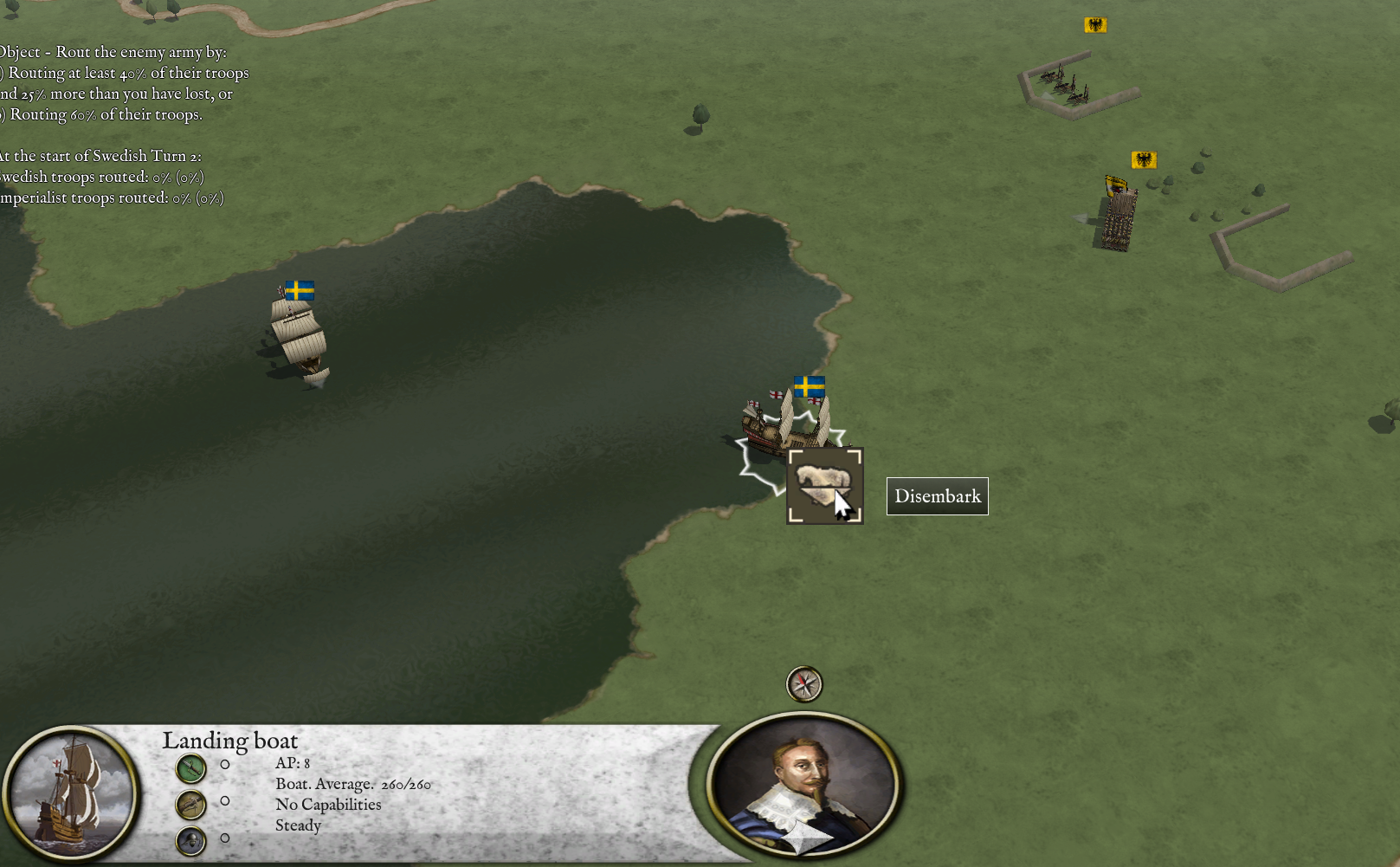 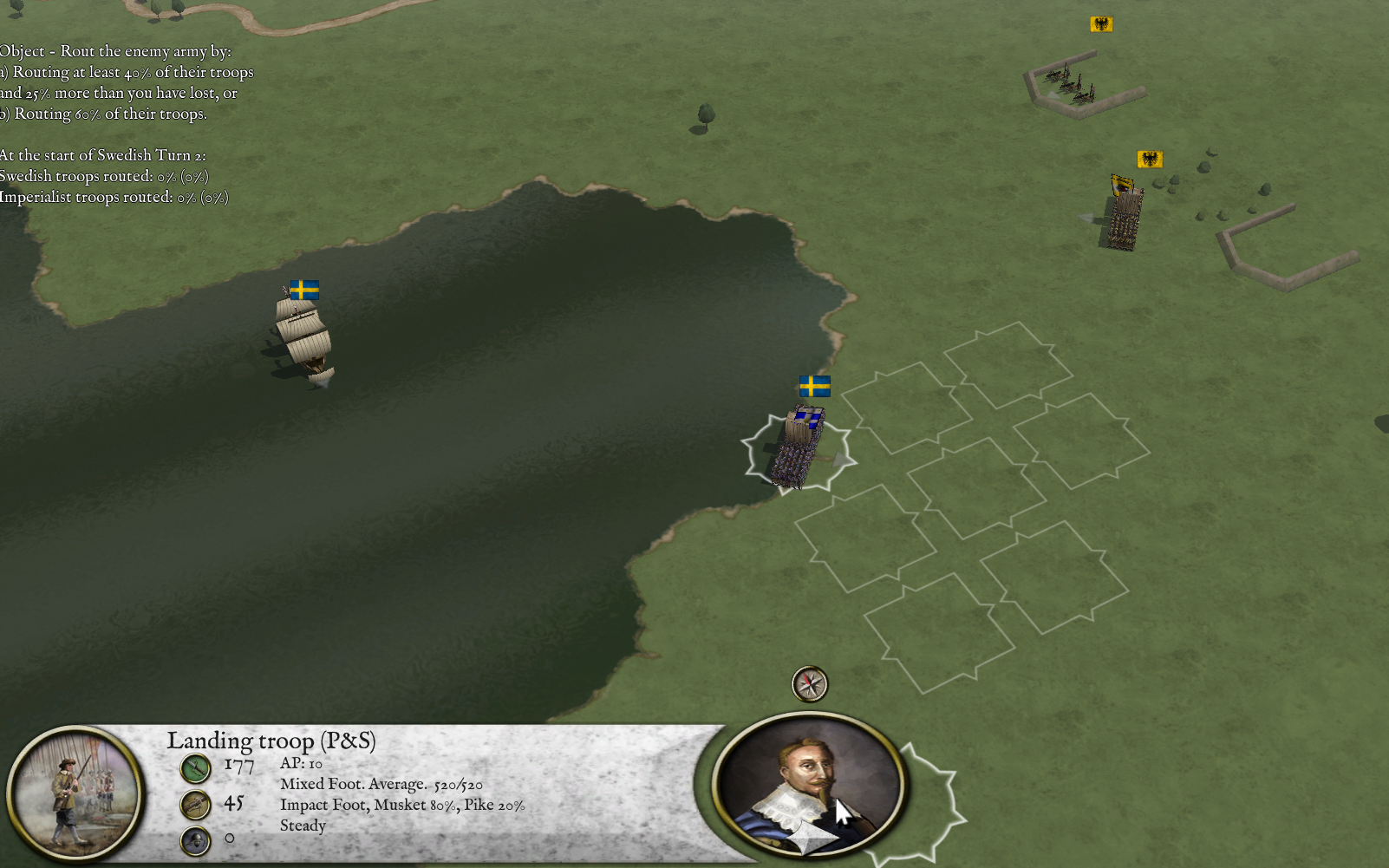 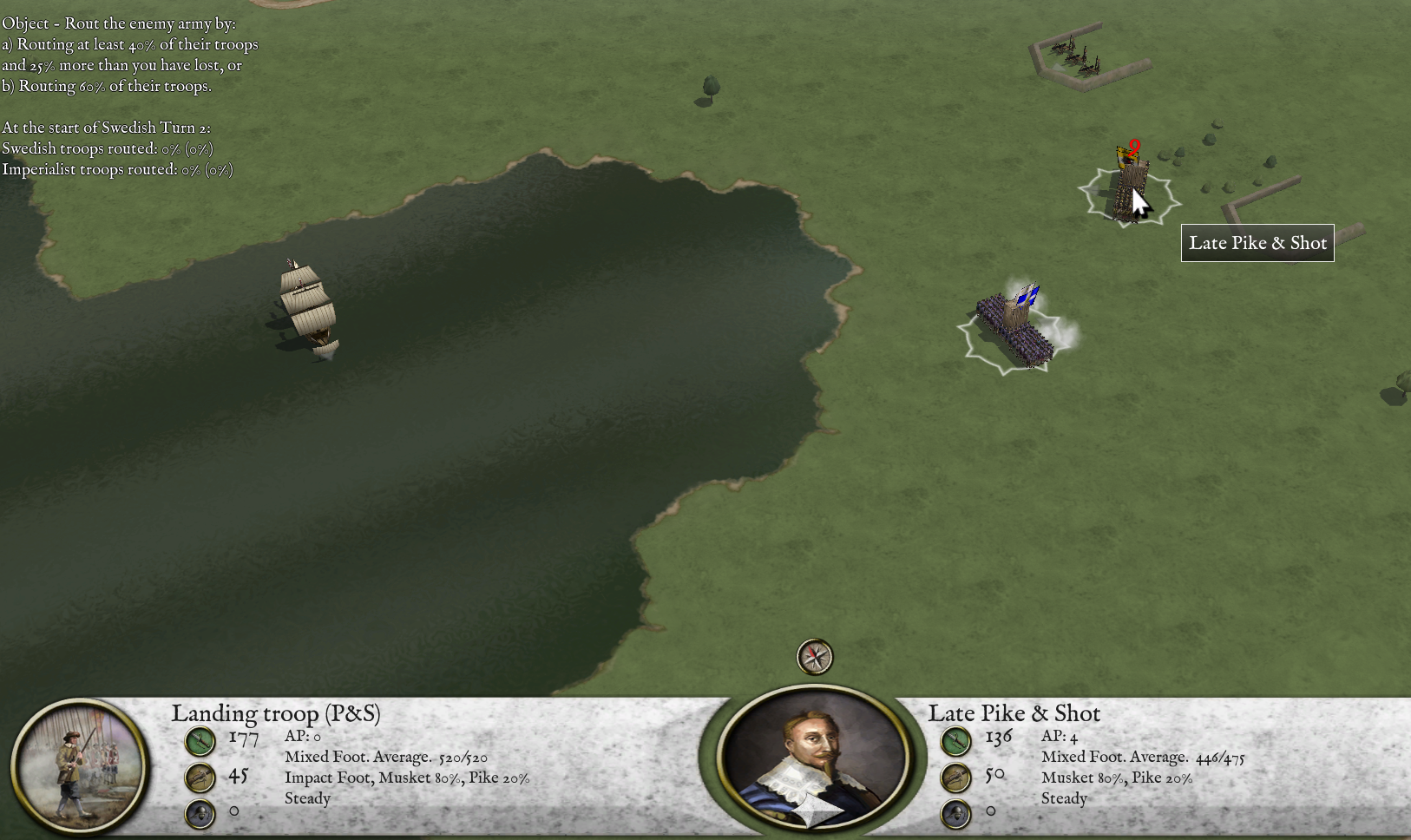 A cool idea, Athos! It reminds me of Panzer Corps landing missions.
Top

I saw such unit transformation in Order of Battle WWII, also by Slitherine. iirc it is automatic when the unit reaches either a land or a sea square.

Don’t repeat it, right now, the Swedish troops are willing to take a bath and build ships in the middle of the enemy countryside 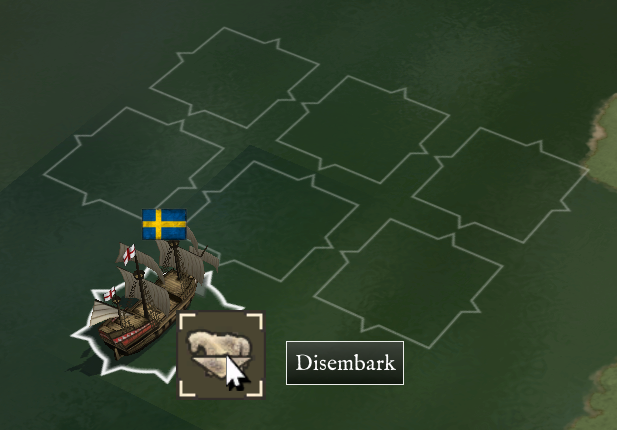 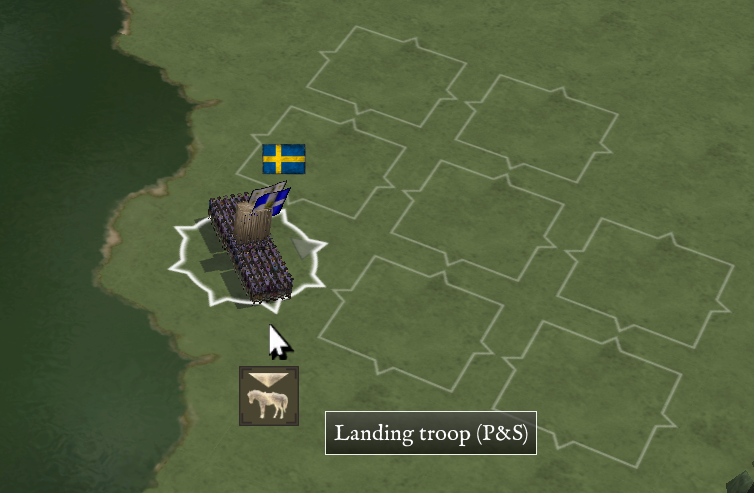 And smoke only appears on the left side of the ship type, even though the shooting works on both sides : 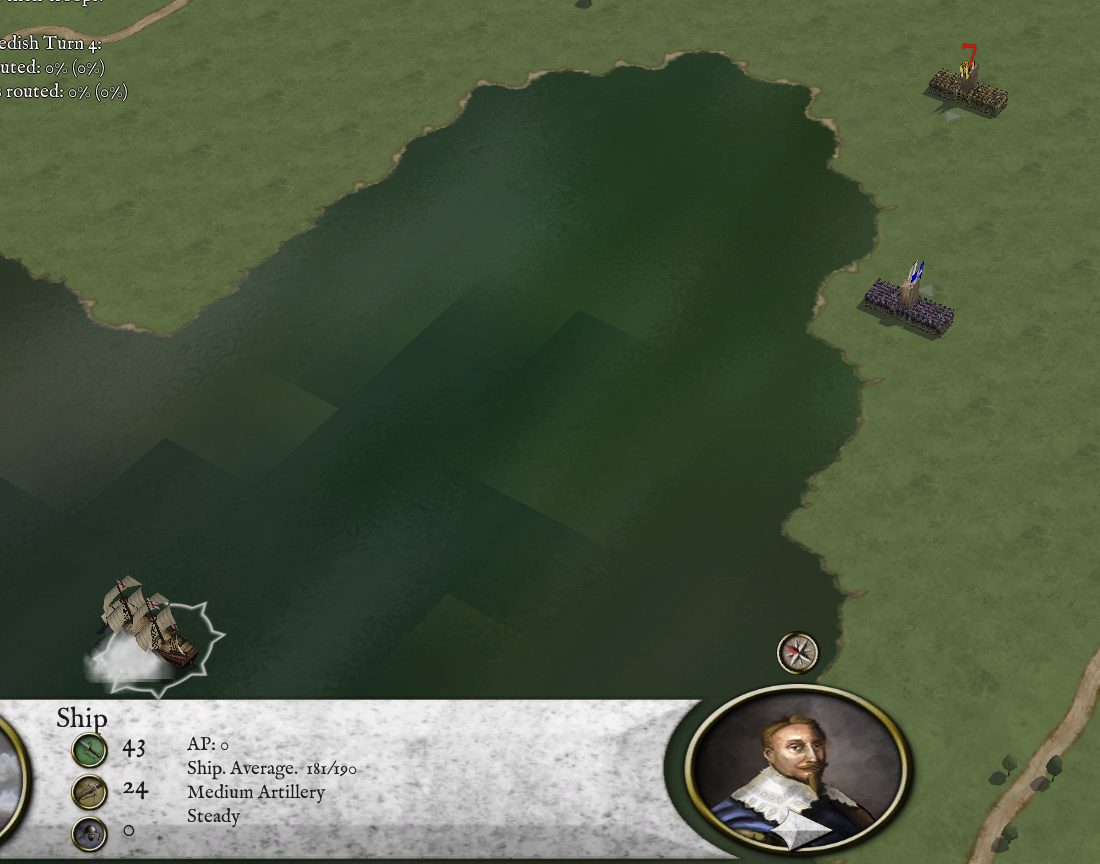 As a possible project of developing a P&S landing mod, both types of in-game vessel could be used : Galleys (able to sail in shallows/'waters') could also be added. And several types of units could land : Skirmishers, P&S, light artillery, even sometimes mounted infantry...

As for scenarios/skirmishes/MP, during P&S timeframe (1494-1700), there are several historical attempts/success of :
Top
Post Reply
26 posts