Red Star and Beyond (General Difficulty)

Red Star and Beyond (General Difficulty)

This is the Soviet trilogy on General Difficulty, which is 1.3x enemy strength.

I actually tried modding it to 1.5x with a hex editor, but it just becomes too tedious due to the game's retreat mechanics. I also found the first three scenarios against the Japanese sufficiently difficult as is

One house rule, I allow myself one reload per scenario if absolutely needed which I will call out here.
Last edited by huckc on Sun Dec 13, 2020 9:05 pm, edited 1 time in total.
Top

Purchased the first two of what would be many BT-7 tanks, they are my bread a butter until Barbarossa when the T-34 becomes available. Also bought two artilleries and two infantry units with the remaining coin. I've found infantry effectiveness very lackluster so far, especially when attacking. 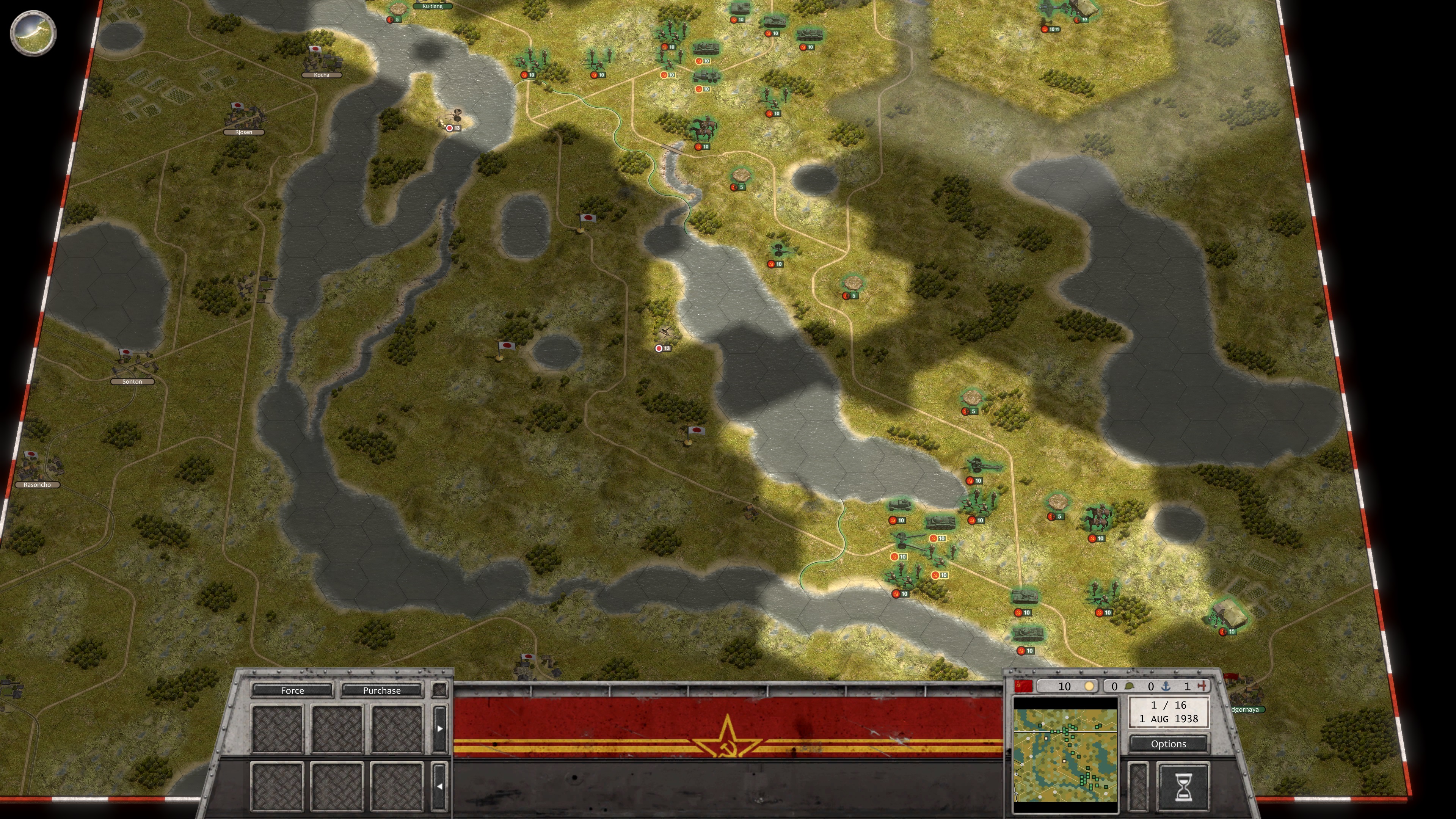 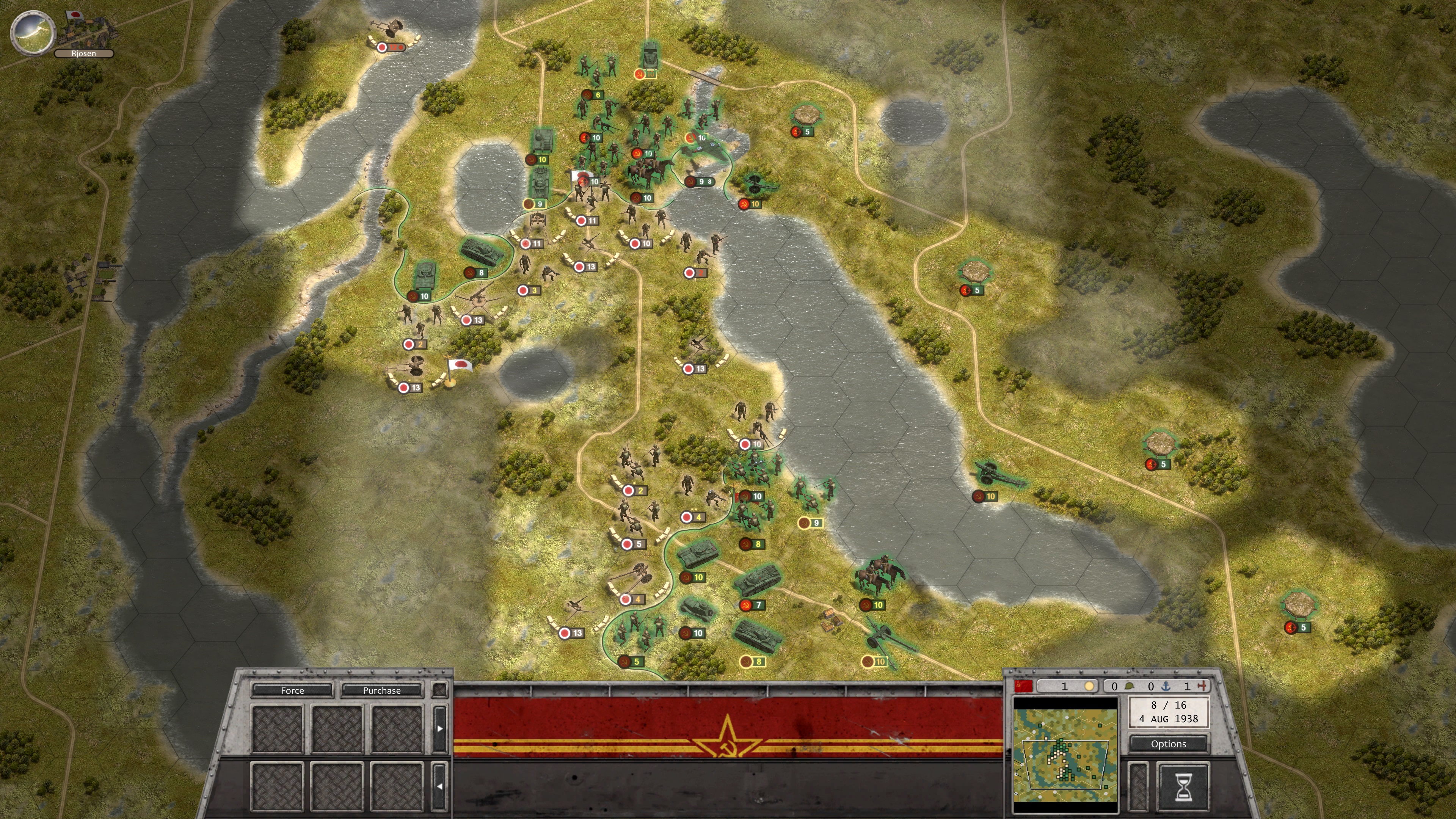 8 - Still pushing my way through the initial line. Captured first of three objectives. 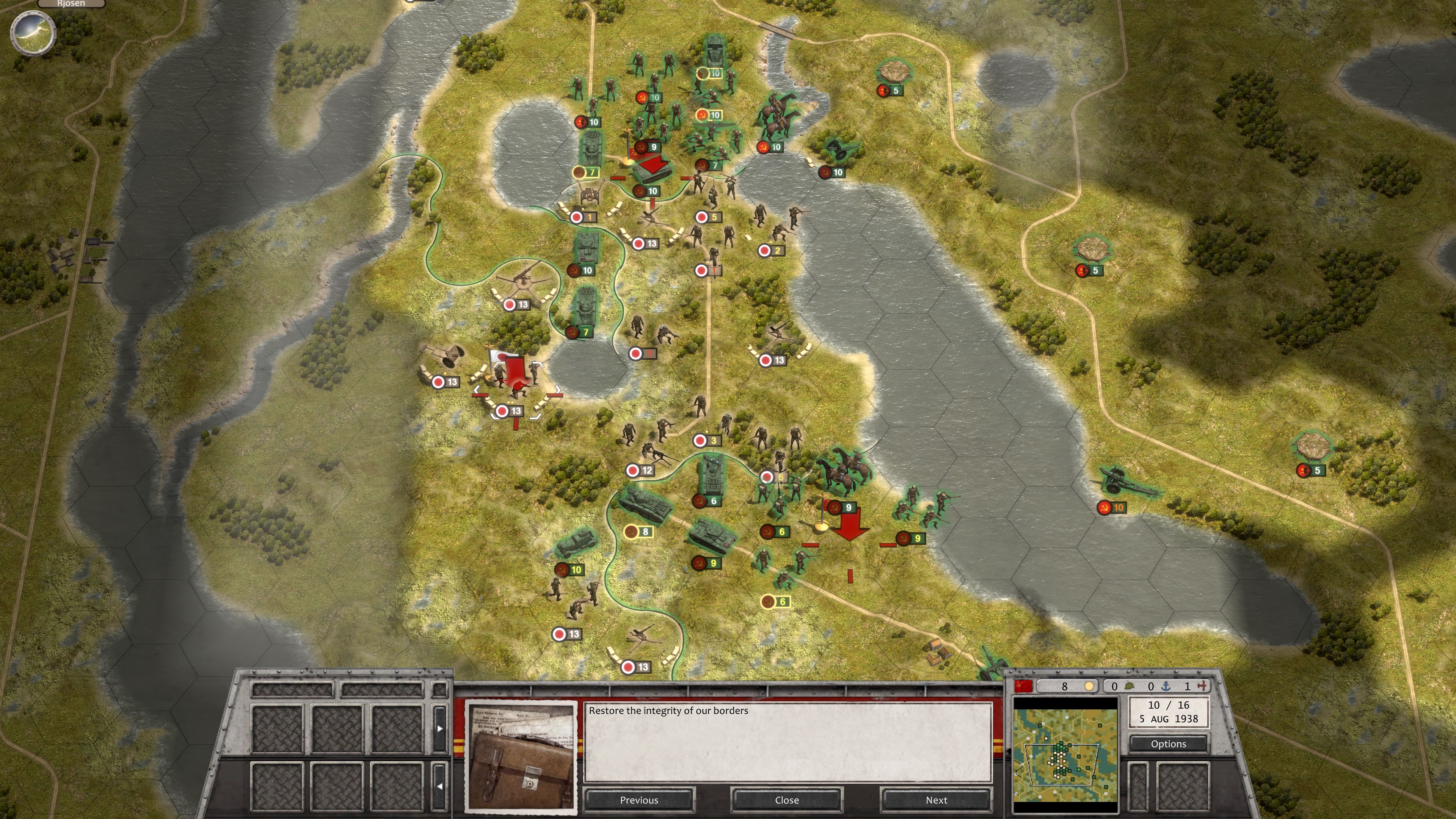 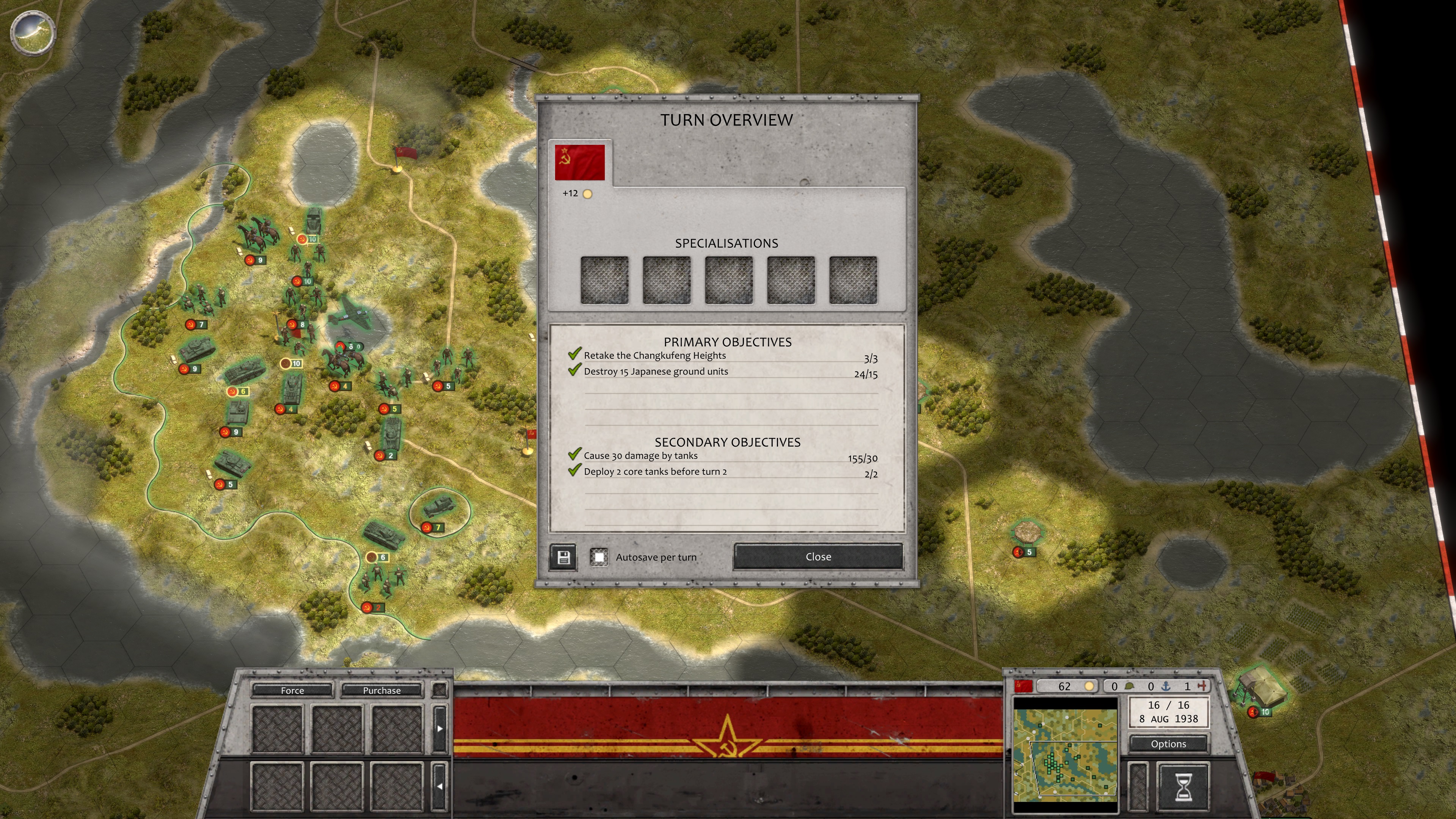 Somewhat on the defensive now. Need to move fast up the middle to help the aux units (red glow) defend at least two forward objectives. An obvious choice of the two most-rear ones, the unlucky aux infantry defending the forward-most one is in for a rough battle. The AI controls them, so no option of strategic retreat.

The north and south would be a simple bridgehead defense, no need to blow the bridges they'll be needed later! 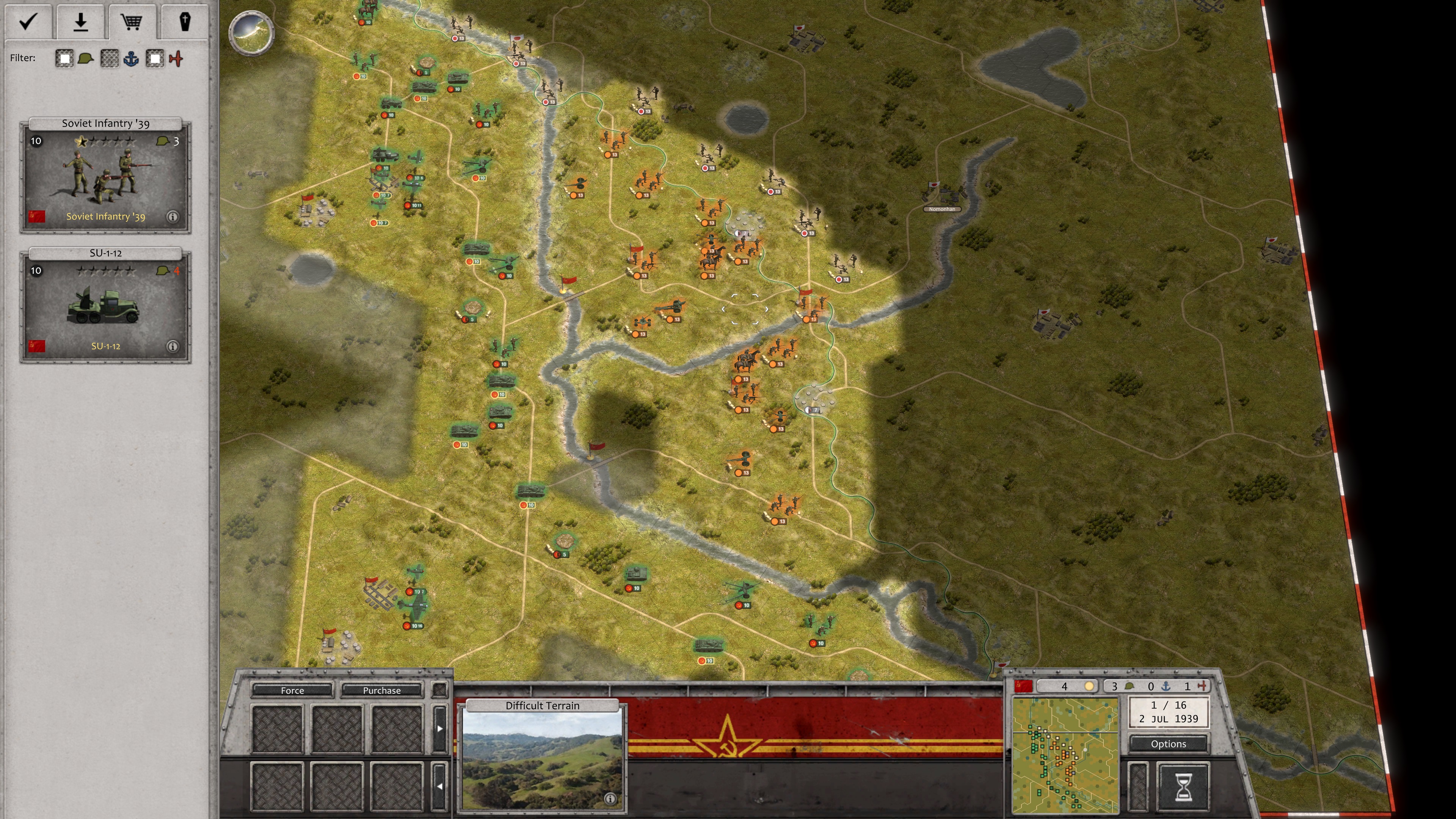 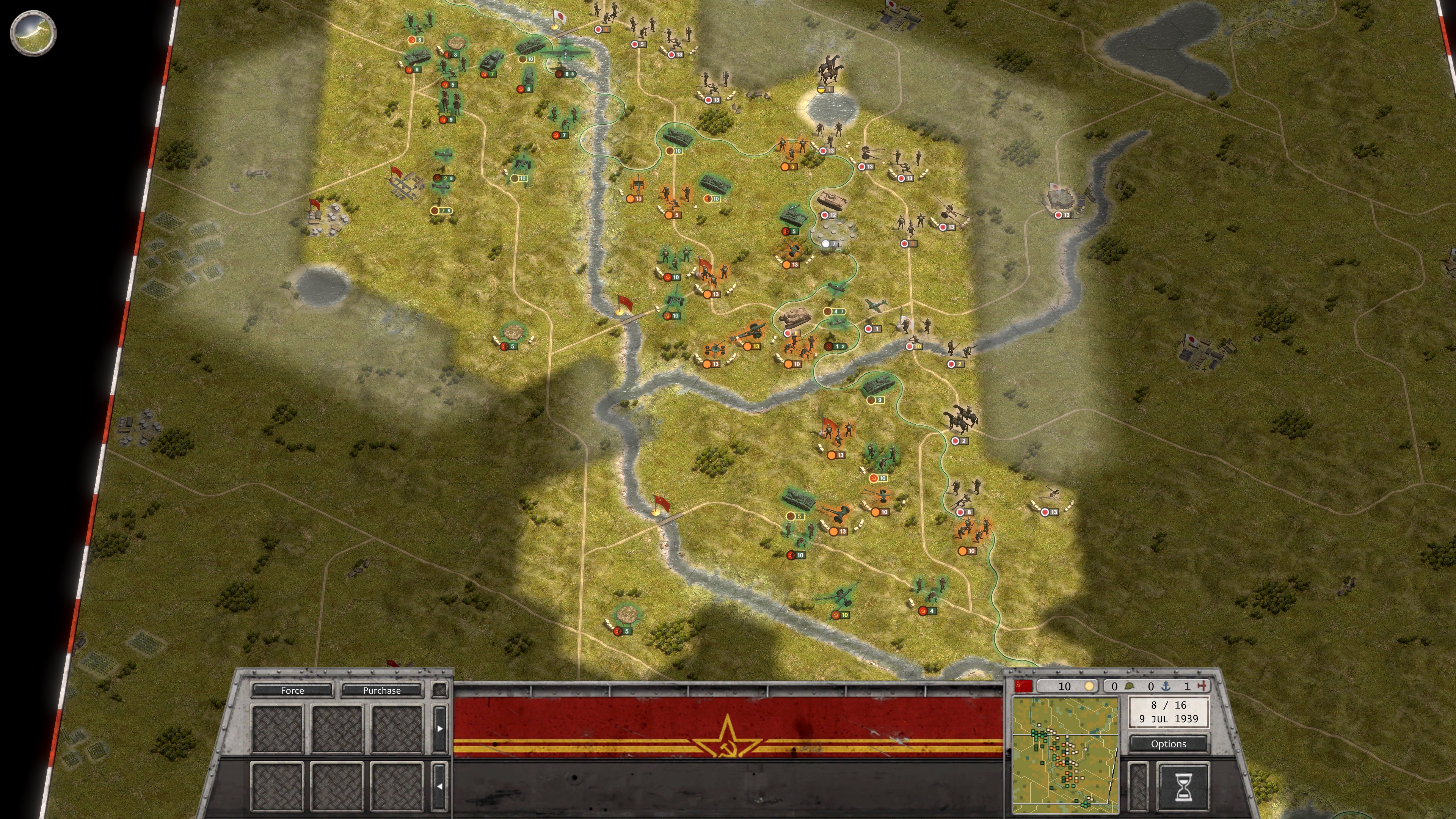 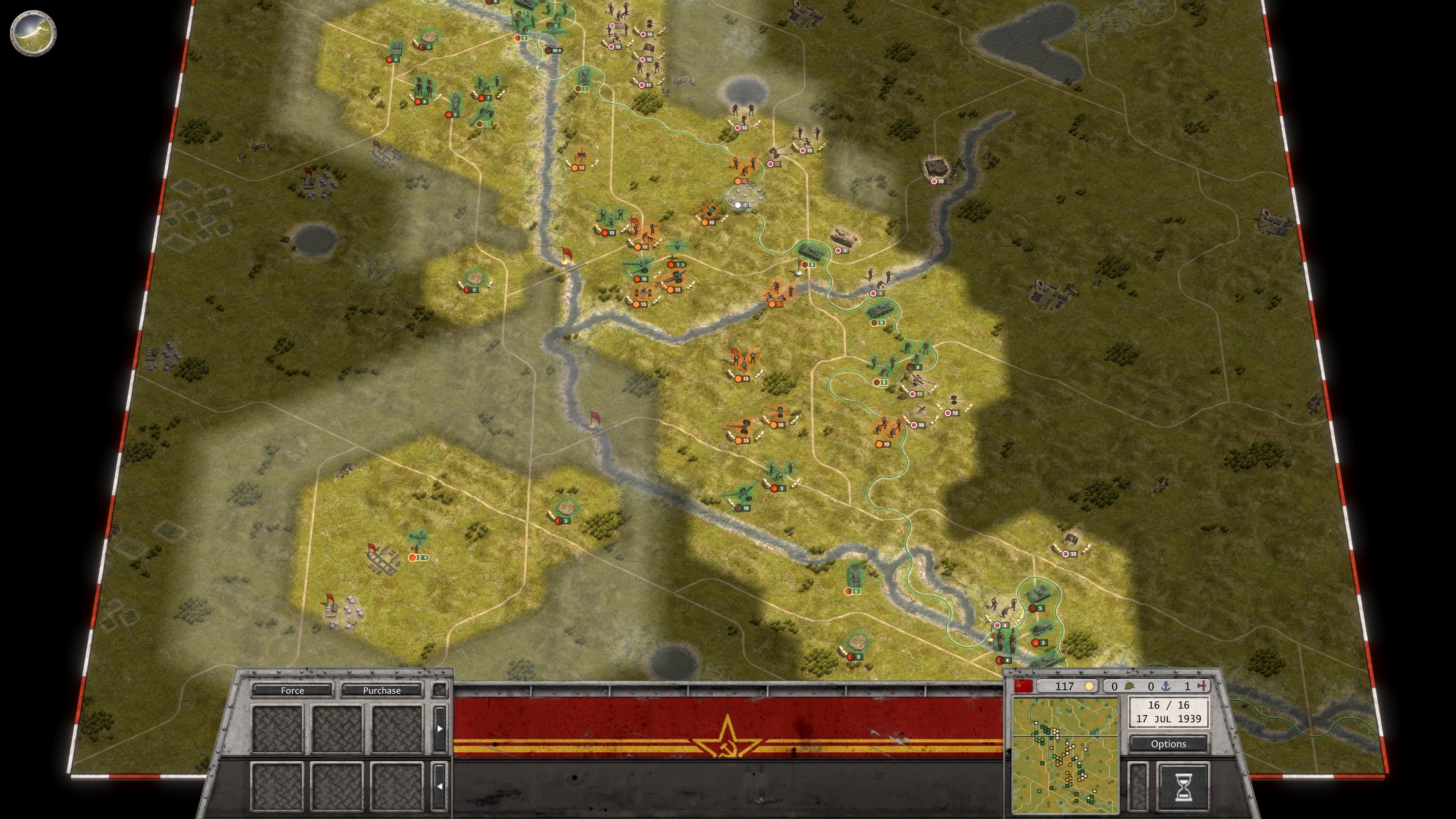 16 - It's over thankfully, was able to re-grab the forward-most objective for all three in posession 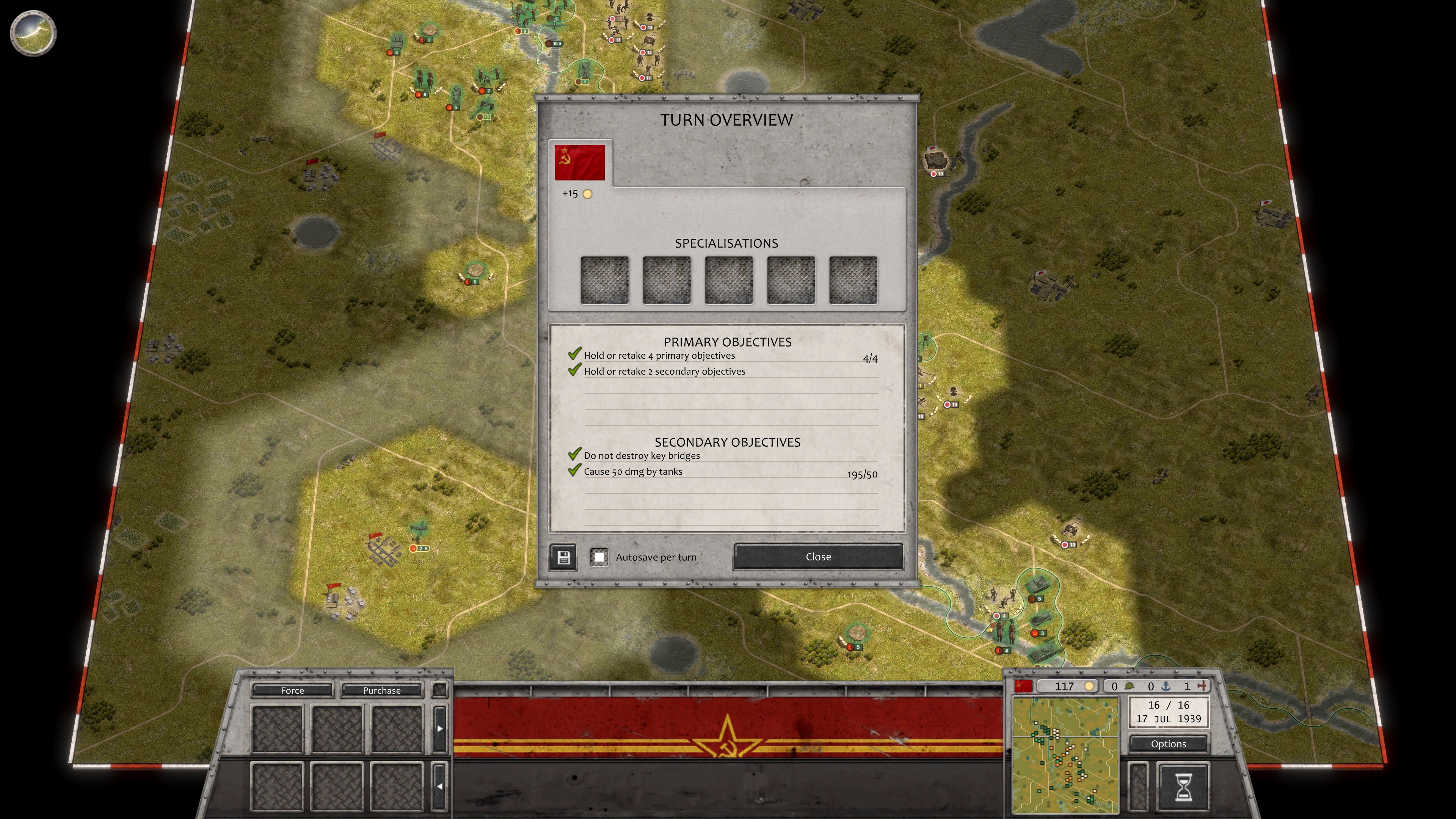 Followed the general intent of the design and made a flanking attack, avoiding much of the enemy front line. Two task forces, north and south. The northern force dipped a bit south than probably intended but I was able to trap enemy aircraft which are very difficult to kill without AA. Opening two turns were heavily tweaked as it seemed difficult enough.

Deployed a lot of tanks, all BT-7s. Also bought and deployed a newly available towed artillery with a whopping 6-range.

Wasn't sure when the friendly AI made their attack, turns out it's when the stronghold is captured which takes a lot of time to accomplish, so they didn't have a big impact besides helping get 35 kills at the very end. 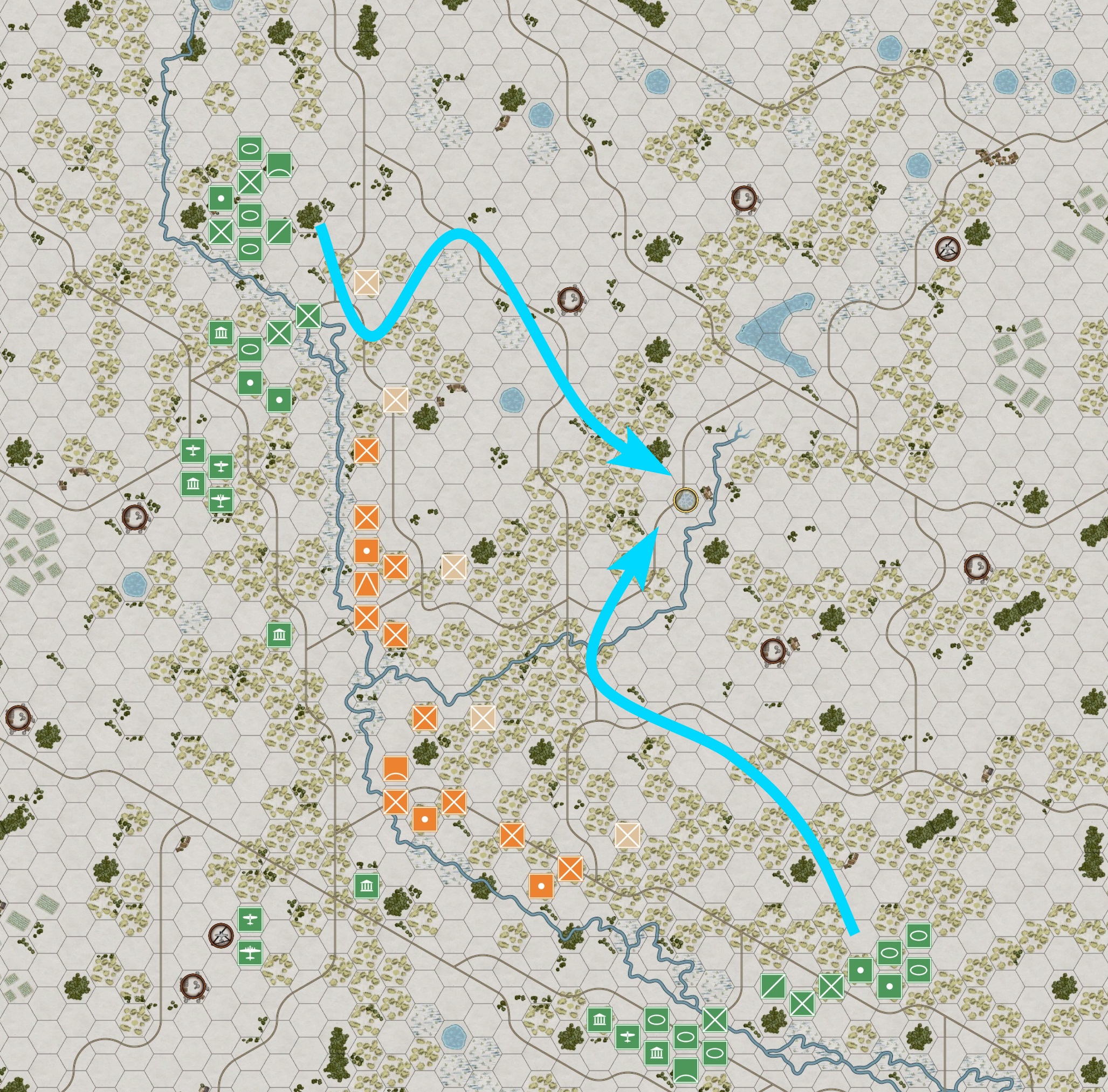 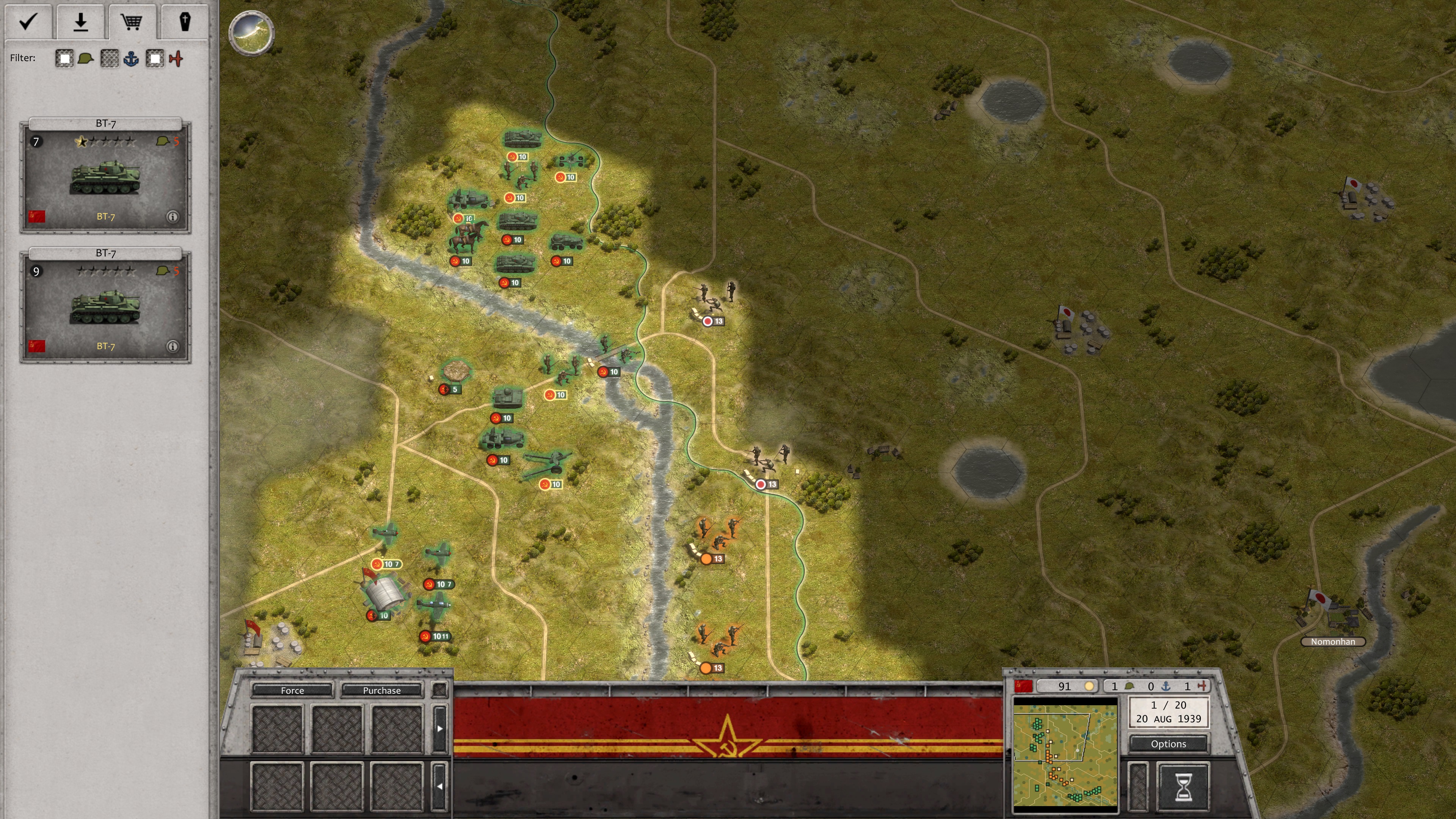 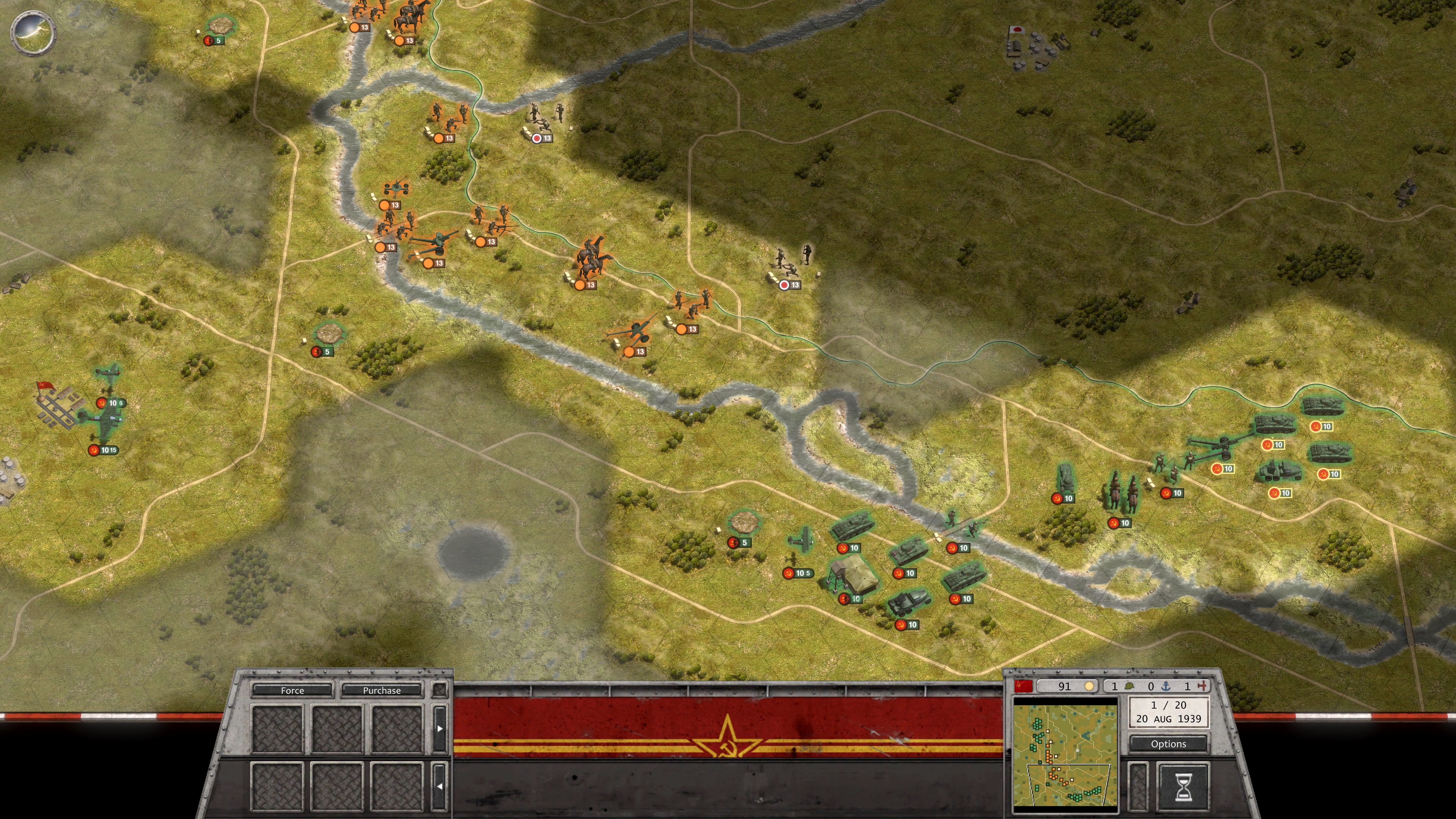 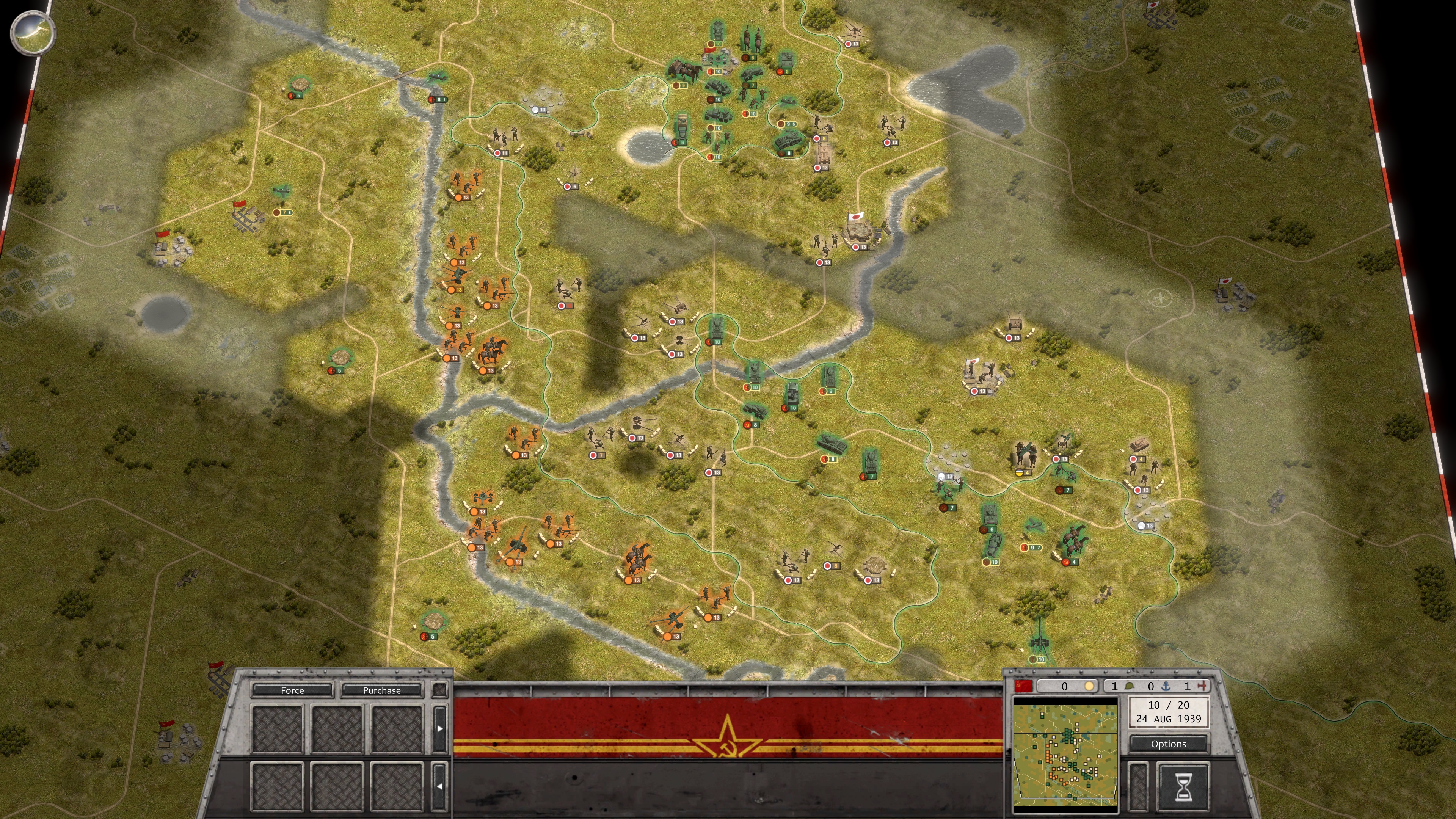 10 - Halfway point, hardest part of the battle was over. 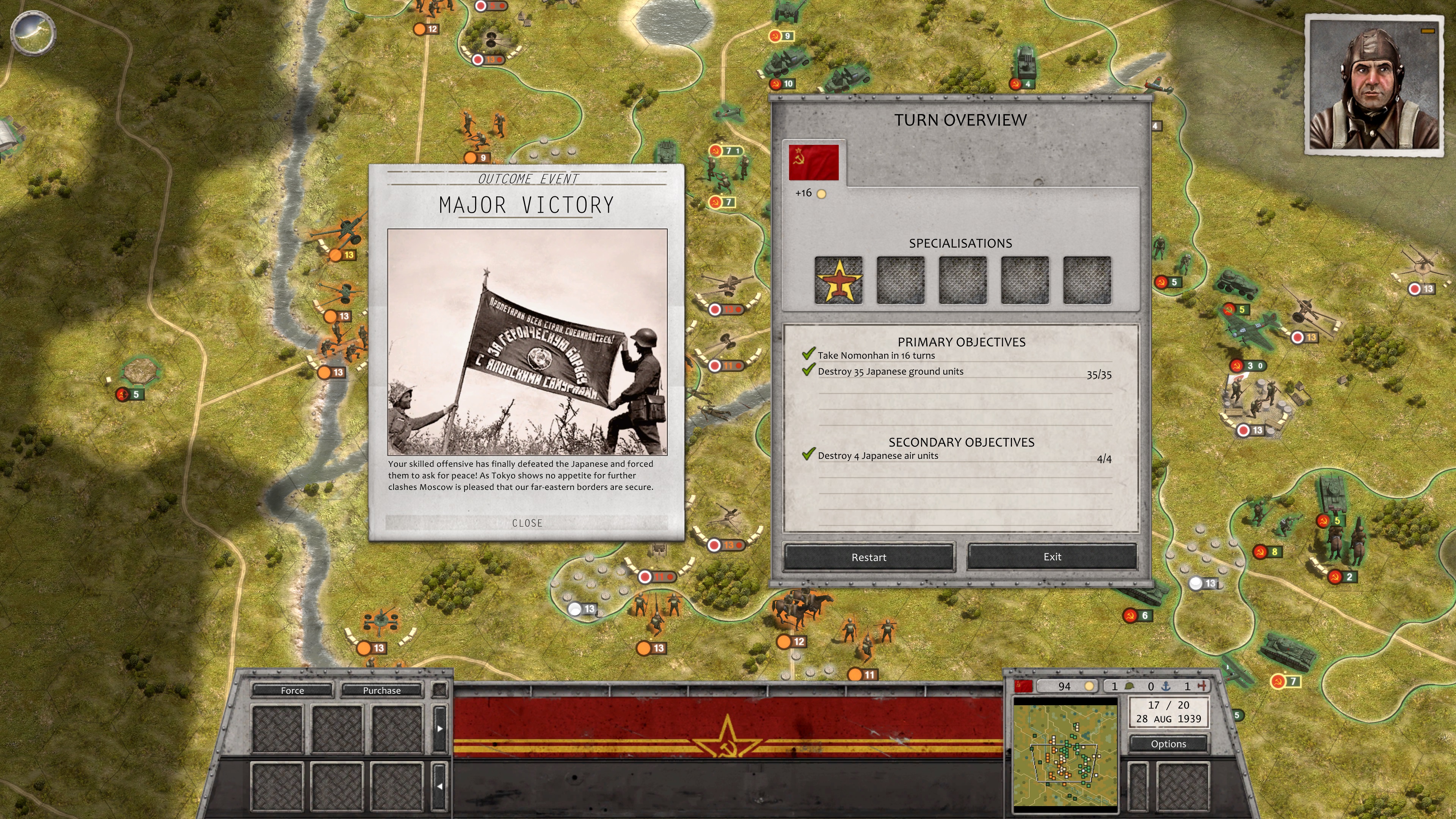 Never thought of assaulting Nomonhan going over the bridge south-west of it. Cool, I'll try it next time.
Top

Re: Red Star and Beyond (General Difficulty)

I found it pretty dumb that you encounter WAY more units on Japanese flanks than on the very first line of the front, but eh. Would be too easy otherwise, probably.
Top
Post Reply
6 posts • Page 1 of 1