The Cylons have rebelled. The alliance of the Twelve Colonies falters. Take control of the Colonial Fleet and save humanity from an endless war.
Post Reply
9 posts • Page 1 of 1

Simple question, what ship classes are you expecting to see/wanting to see in the game? bar the titular Battlestars 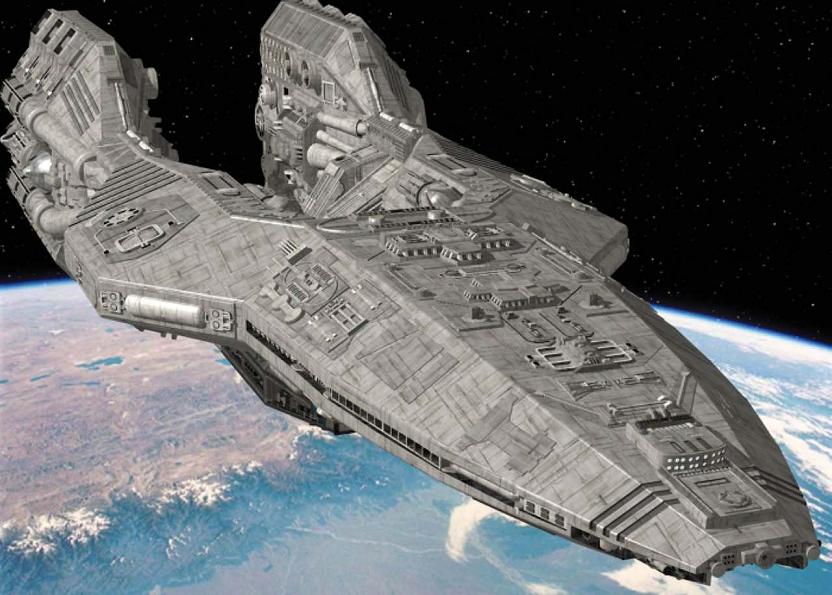 I want to see the Titan Class Battlestar

A Battlestar twice the size of the Mercury Class, and the ability to carry twice the air group. It could carry 560 Vipers or 21 Viper Squadrons and 140 Raptors!!!

I play most RTS games defensively. I like to fortify strategic positions and keep any of my ships from being destroyed. To that end I typically only build the biggest and best of anything. I tend to completely skip building the smaller units in a game and focus completely on the huge units. I would rather have a huge ship that can survive a battle to fight another day than a fleet of small ships that half or more of might not survive the same battle.

Here are a few general ideas of things I hope to see...

~ Long-range missile/artillery units (similar to the Broadside cruiser in Star Wars: Empire at War in usage).
~ Kamikaze runs - we all know how the Pegasus met its end.
~ Sensor jamming/decoys. Aside from scrambling radar, Etc. I am hoping we will be able to use decoys along the lines of what we saw at the beginning of the space battle over New Kobol when several Raptors fired drones together to create a sensor ghost of a Battlestar that wasn't really there in order to draw the Cylon fleet out of position.
~ Nukes. They should definitely be in the game but we need some way to intercept them with fighters, Etc. We didn't see them overused on the show, so I don't think they should be over-represented in the game for the same reason. Maybe nukes should be some sort of special ability that takes a lot of energy with a very long cooldown time or something along those lines.
~ Defensive installations. Please let us build different types of defensive installations. I would point to the Cylon colony on the edge of the black hole at the end of the series as an example.

Cylon-specific...
~ Resurrection. It would be an interesting factor if some of your units gained experience throughout the game. Then if they were destroyed within range of a resurrection ship the unit could be rebuilt and still have its full XP.
~ Boarding parties. I would very much like to see something along the lines of the episode where a heavy raider full of Cylon centurions boarded Galactica and attempted to fight their way to auxiliary control and vent the ship.
~ Some kind of infiltration/recon unit. The series did start with Cylons infiltrating the colonies and the fleet after all. I think they should probably have the best spy-type unit in the game.

Map ideas...
~ Nebulae. A perfect example is the nebula around Ragnar Station (spelling?) where Galactica goes to rearm before leaving the colonies. As I remember it the nebula hid the fleet from the Cylons, and any Cylon that spent an extended amount of time in the nebula would get sick and eventually die, along with possibly being blocked from downloading to a new body.
~ Black holes. Because why not.
Top

I would like to see the Mercury class and the orion as they are the largest and smallest Battlestars.
Top

It is highly unlikely we'd see the Mercury class Battlestar. Given the timeframe having a Mercury show up would be akin to having a Nimitz show up at the battle of Midway.

What I want to see is a good variety of ships, and from the video we've got a decent variety. You can even tell that some of those ships looks like they're converted civilian vessels repurposed for military service. Which is exactly how a war of survival would play out as the newly formed colonial government began to roll out actual warships. The First Cylon War lasted 15 years, this is only year 4. We won't get a large variety of Battlestars but we will get a nice hodgepodge of warships from a desperate humanity. If this game does well, then I hope the expansion/sequel/DLC/mods/whatever give us more options of true warships as the civilian models are retired and newer ones are built.
Top

I hope to see it especially given it was shown in blood and chrome. It should be the smallest battlestar, but I think it would be a great unit to have. I can see a few trade offs but I hope we either have it when we start or can 'research it' and get it during the progress of the game hopefully at least by mid game. Also I hope it's in skirmish mode.
Top

Along with the Valkyrie class Battlestar, I would also like to see:
-Dedicated anti ship raptor
-I would also like to see a bit longer battles than we've seen in the initial game play intro. When I invasion BSG I see capships slugging it out a bit longer than that.
-Supplies: I'd like to see convoy raiding or commerce attack figured in to the strategic game play at some level. It might not be doable or perhaps set battlestars or battlegroups to protect supply lines?
Top

What i want to see?
Not that much huge Battlestars like the Jupiter, Galatica or Columbia, there were orginally only 12 Battlestars one per Colony.
A Battlestar like this should be rare and important units, that you shouldnt waste and place really carefully.
But when deployed they should kick and be capable to eat much dmg.

I'm more curious for ships like the Artemis, such types or heavy cruisers and light carriers, because the Battlestars are just the leading ships of an so called battestar group.
Also i want to see in fight FTLs, like the moment in BSG when you fight a close fight and get 2 additional dradis contacts, because 2 basestars just jump on your back.
Or like the battle of new caprica, your battlestar is close to going down and then reinforcments join in.

Also i want to see many carriers and ships which can send vipers and raptors into battle. A huge Part of BSG are the dogfights between raiders and vipers and it shouldnt came to close.
Top
Post Reply
9 posts • Page 1 of 1