The theme for this year’s Warfare was any army after 1066AD using 900 AP and presented an ideal opportunity for me to give my Aztecs a run out. I hoped to see quite a few longbow armies but I knew the Aztecs would struggle vs armoured and heavily armoured troops so the draw and match-ups would be all important.

I also had 6 field fortifications. My deployment plan was very simple. The Aztecs would deploy in the centre – typically with the FF - with an Allied contingent on each flank.

Game 1 was vs Jon Akers using Later Med Scots (Continental) so an ideal match-up but with a high probability of a French Ally with Knights – not so good.

The Scots formed up across 2/3 of the table with a refused flank anchored by a LB BG in an enclosed field. There was virtually no terrain on my side of the table which did not bode well. 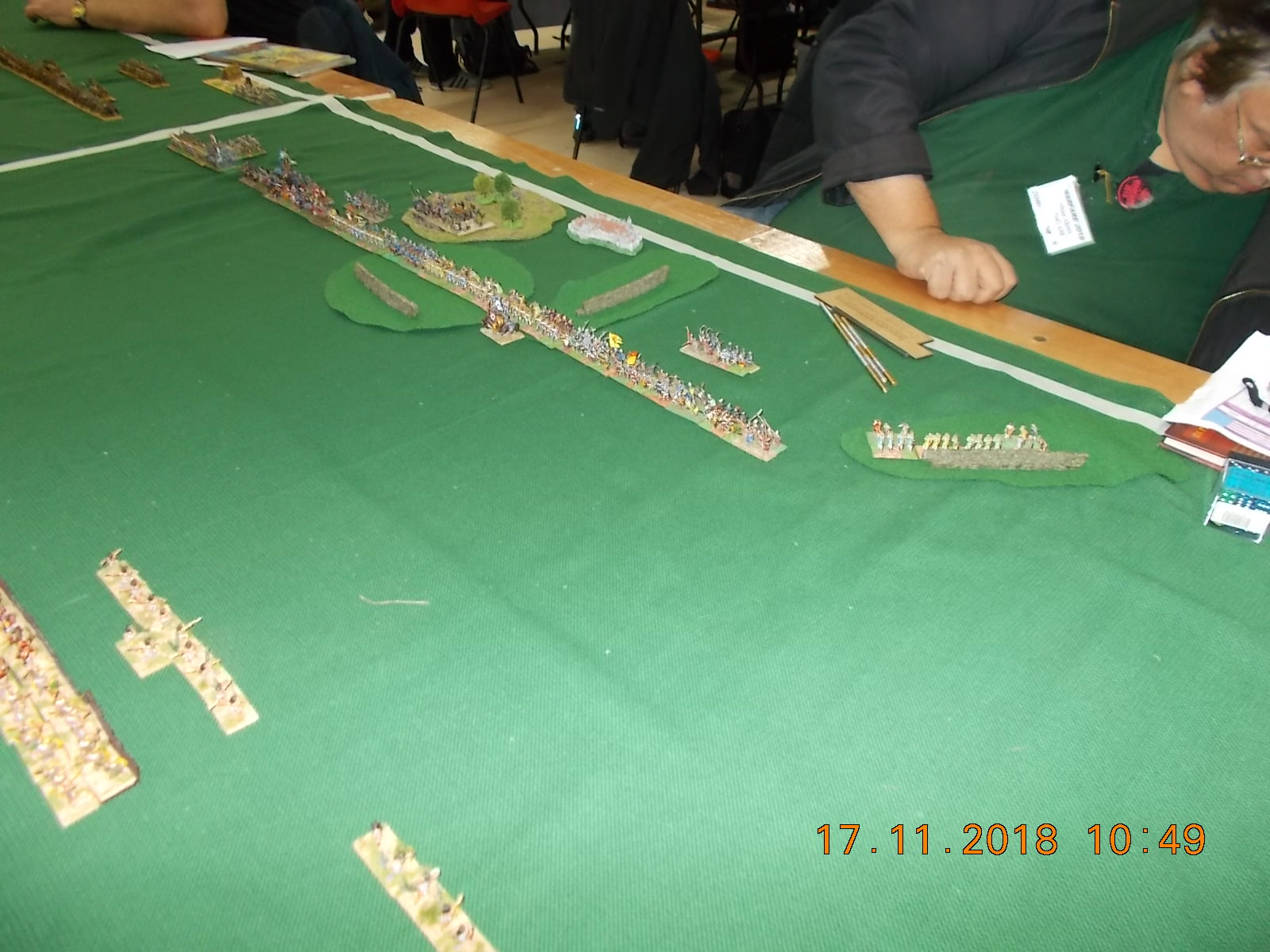 My plan was to tempt the Knights out of their line asap with LF – attack his LB wherever possible whilst trying to avoid Jon’s HF. On my right the allied Calpoli were tasked with taking out the LB in the enclosed field. 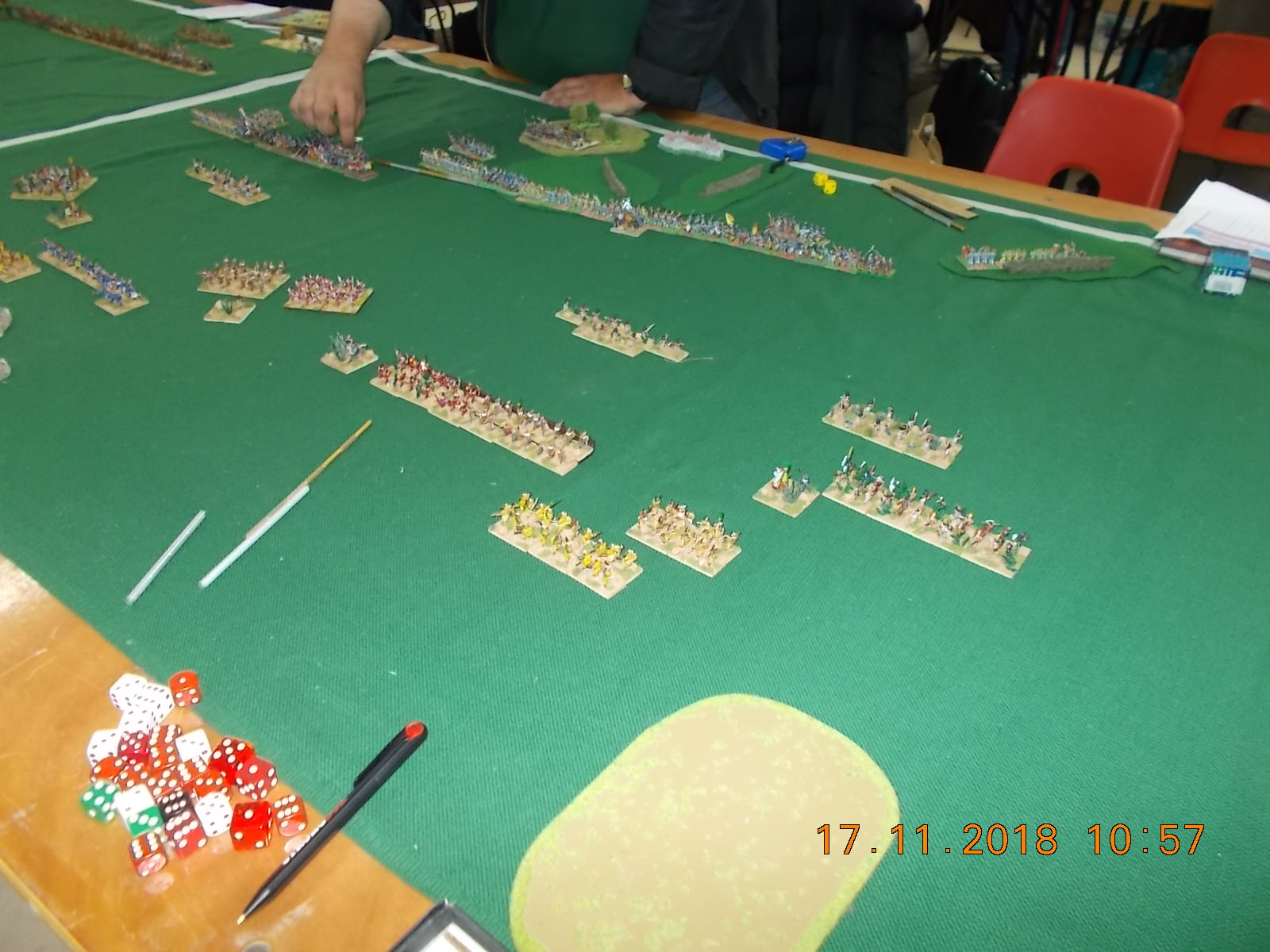 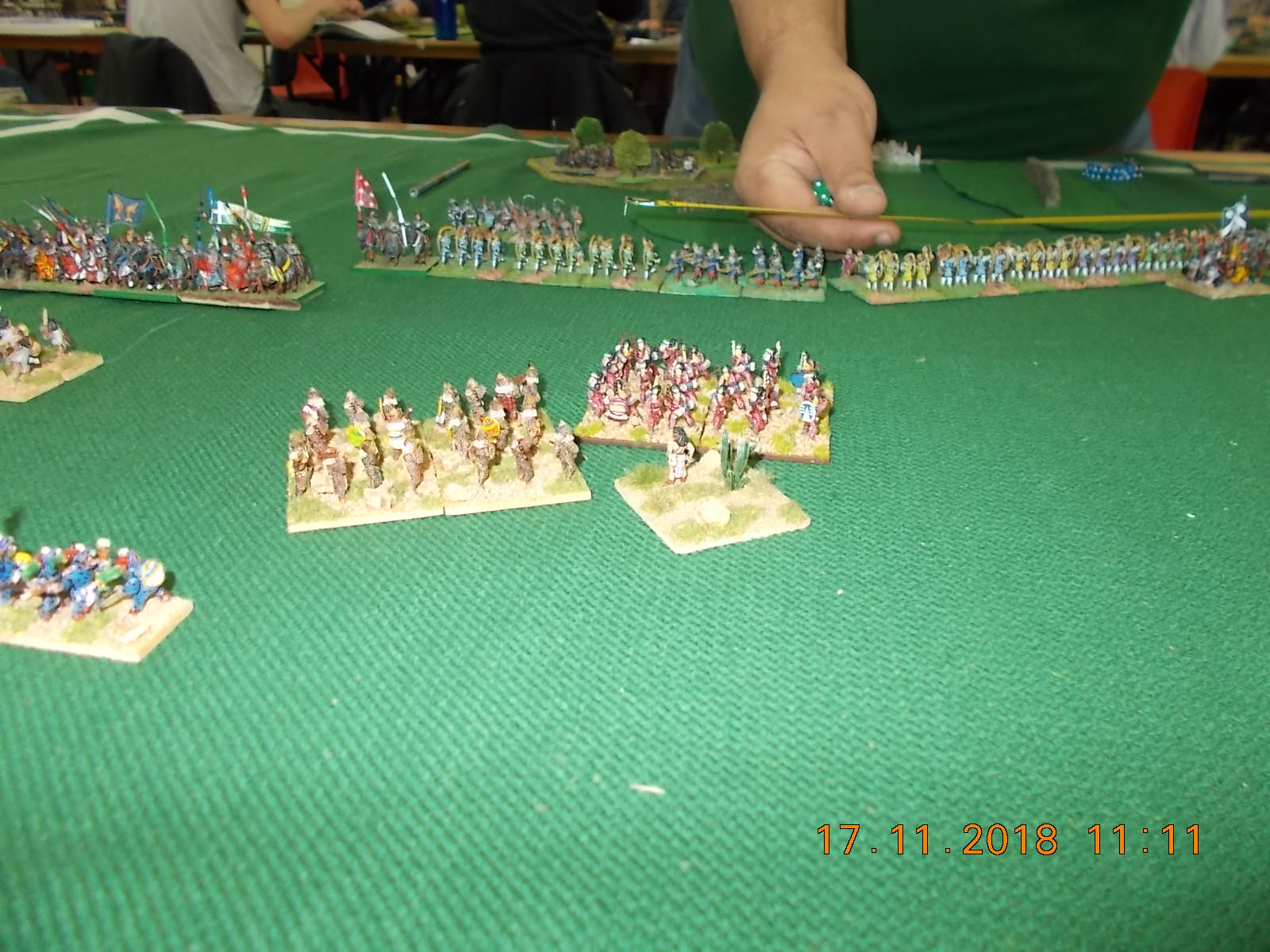 Alert to the danger, the French Knights split to head off the Aztecs and go crashing into the Eagle Knights. 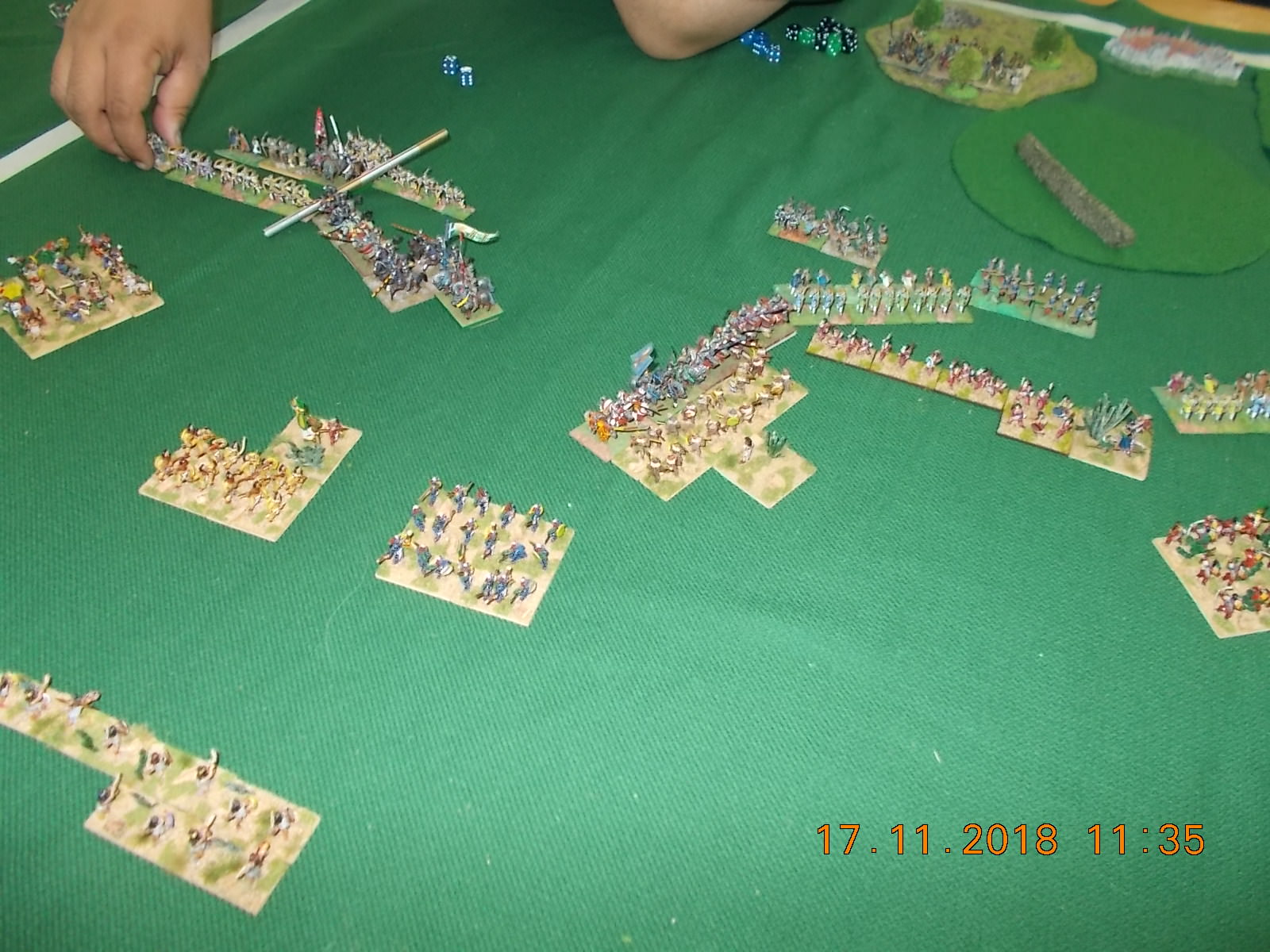 With the benefit of a General and rear support the Aztecs hold firm and the Knights had to break off. The greater numbers of the Aztecs allow them to get onto the flank of the other French Knight BG.

Over on my right the allied Calpoli make short work of the Scots LB. A 4 of Scots HF arrives way too late to help but oblige by disrupting on seeing their friends break. 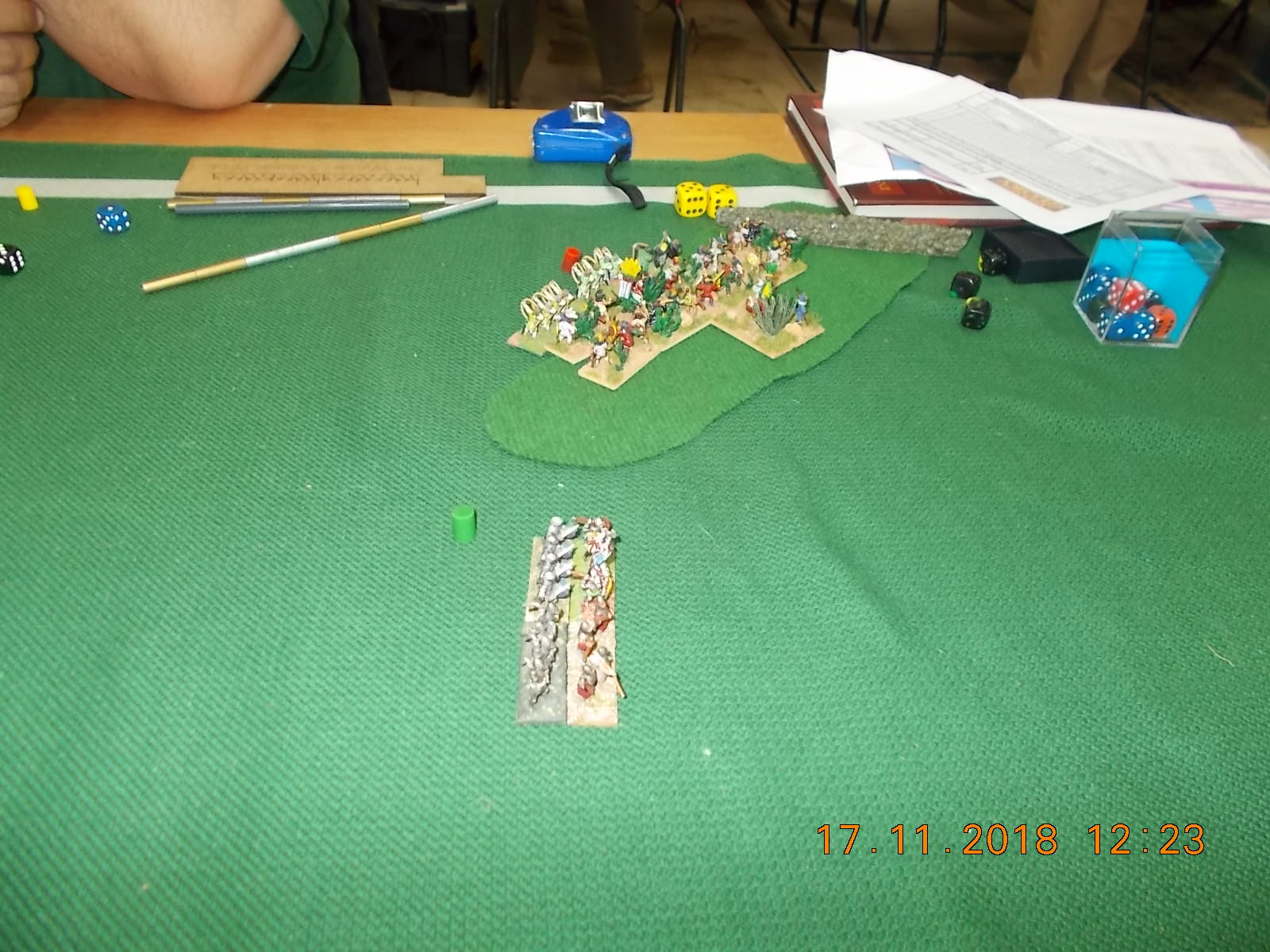 This is the point, where, with the benefit of hindsight, I could have destroyed Jon’s army. I was caught on the horns of indecision. Go for his camp or turn around and attack the HF. Jon brought his IC over to bolster the HF and the Calpoli stayed in the Enclosed Field.

Back in the centre, all hell was breaking loose. With the Eagle Knights embroiled with the French Knights the Arrow Knights ripped into the Scots LB. Where numbers were even the Aztecs generally had the upper hand but if they failed to dent their opponents at impact they would be ground down by greater numbers.

Here one Aztec BG is about to break whilst another has visions of rolling up the entire Scots line. 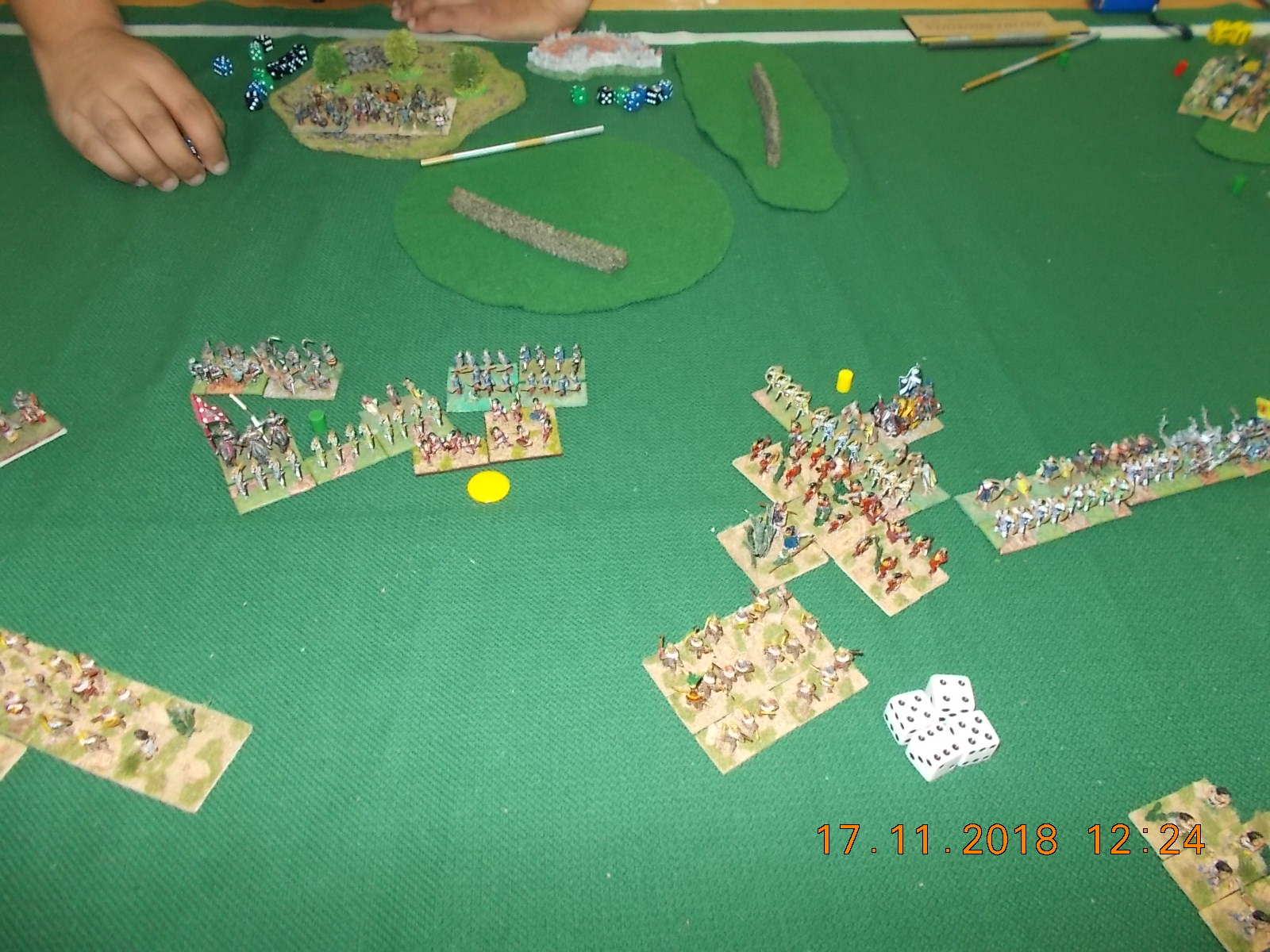 On my left my Elites and Superiors have combined to destroy the other French Knights and are homing in on a 4 BG of HF. 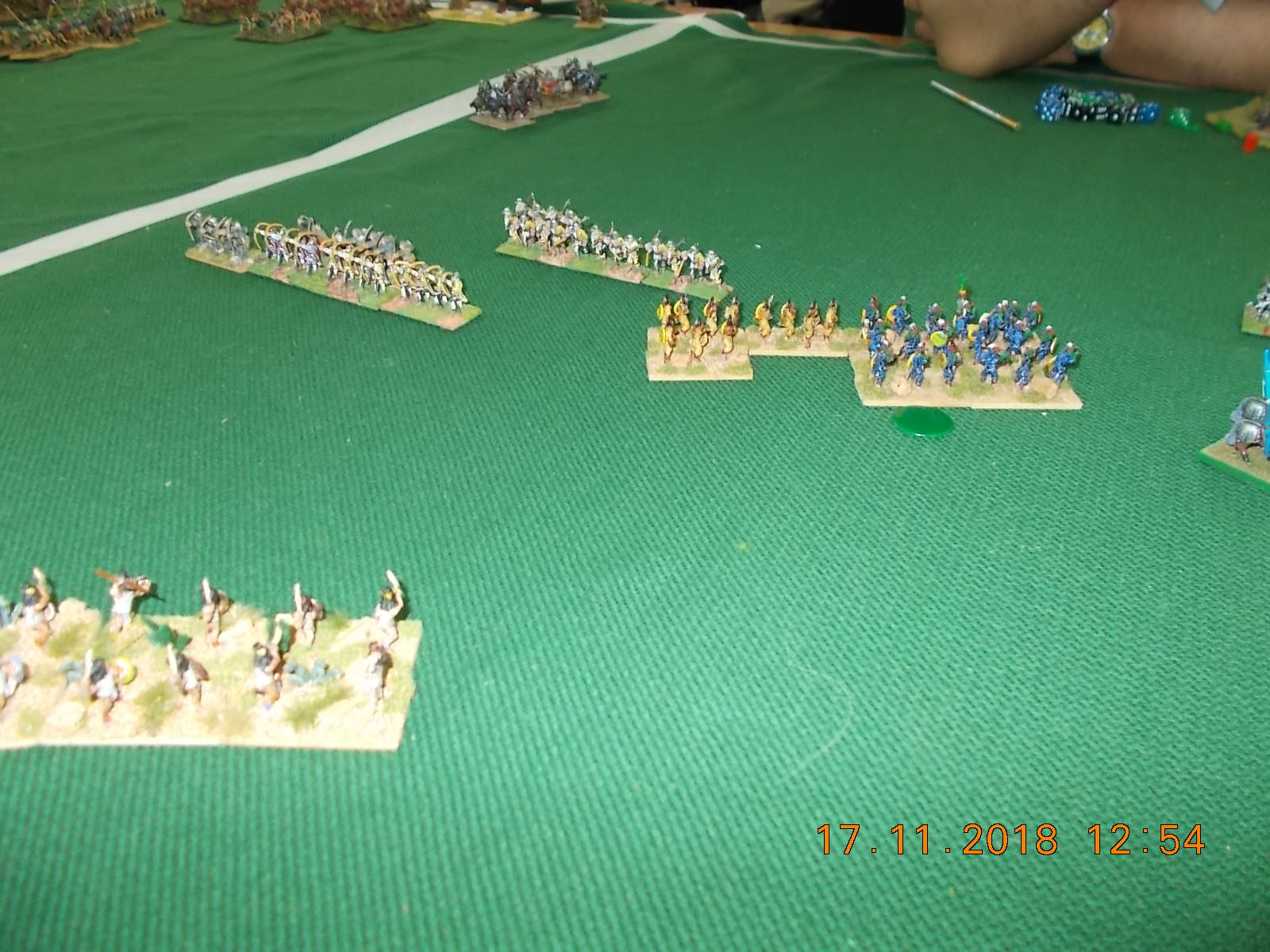 Unfortunately the average allied foot were shot to routed by the LB – a combination of no rear support and the table edge.

The Elites make short work of the enemy billmen 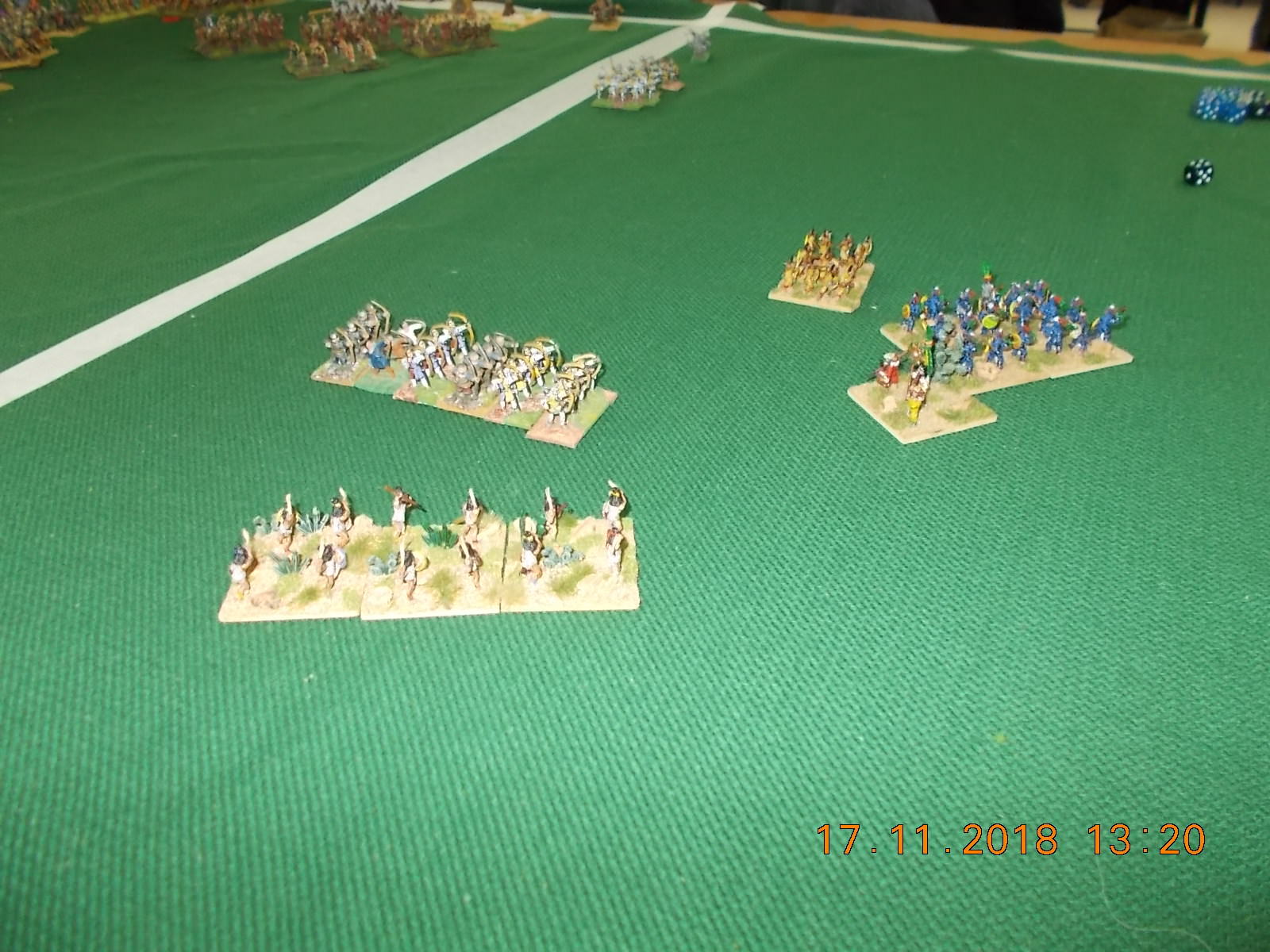 The Aztecs aren’t having it all their own way though. In an unexpected reversal of fortune, the 2nd BG of Eagle knights drop to fragged after some appalling dice and the French Knights also overwhelm the other Eagle knights. 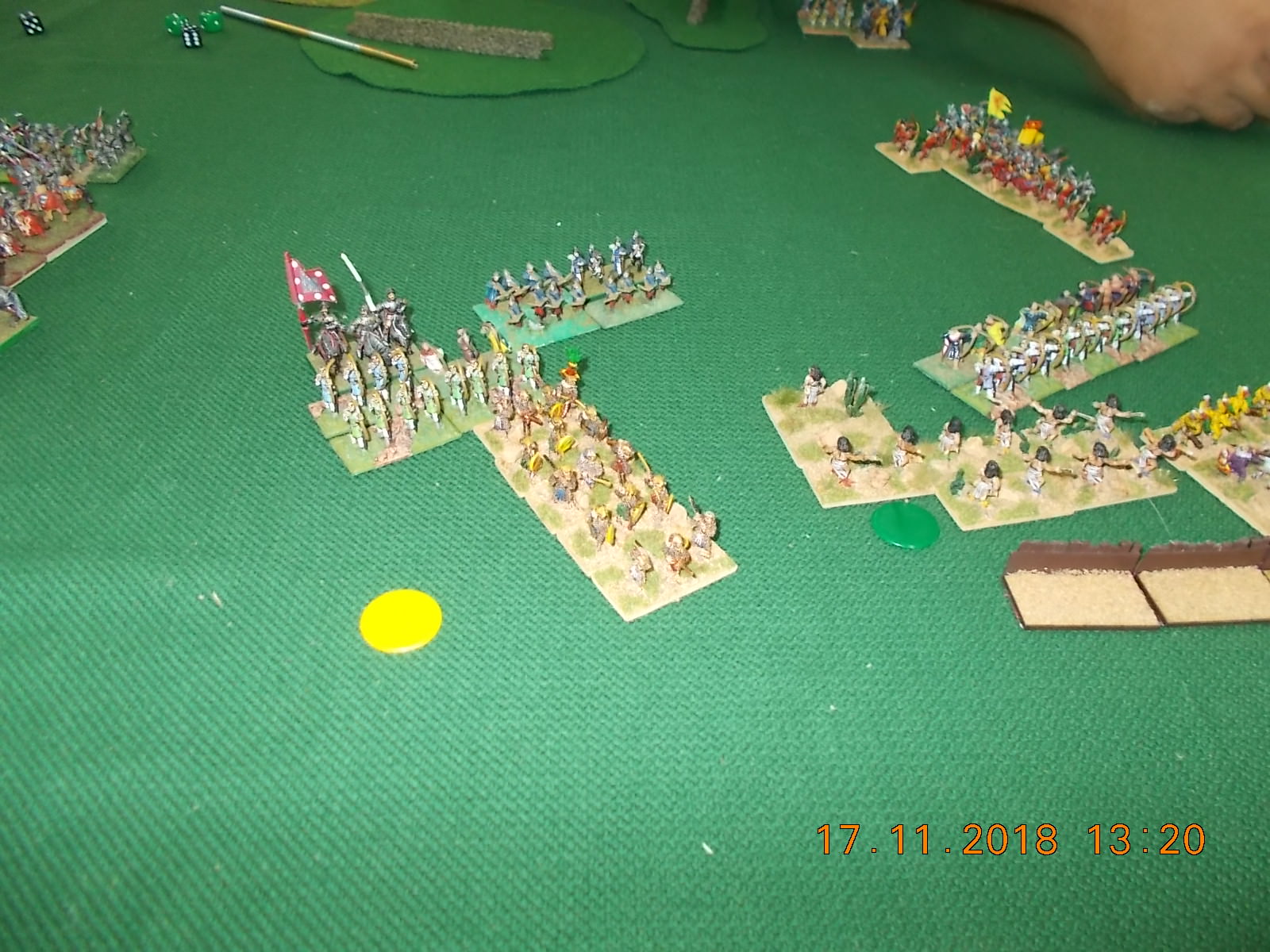 Both sides continued to knock lumps off each other and when time was called the Scots had lost 13 of 14 AP whilst the Aztecs had lost 8 of 12. The overall score was 21 to 15 but could’ve / should’ve done better. As the Elites had demonstrated on the left flank, a BG of 4 is very vulnerable to impact foot and my 8 average MF with a General should have engaged them.
Pete
Top
Post Reply
1 post • Page 1 of 1