On to Game 2 and another Med Scots Continental this time designed by Steve Brown of Plymouth.

Steve won initiative and chose Agricultural. As before I went for maximum terrain which this time fell a bit more kindly for me. A central enclosed field would prove pivotal for the added cover bonus vs shooting.

Unusually the French Knights were deployed on the extreme right of the Scots Army and I hoped to get to grips with the LB before they could become a threat. This was helped by me getting to move first.

As before, a BG of LF was tasked with distracting the Knights. I based my left flank on the FF and central enclosed field whilst attacking on the right. 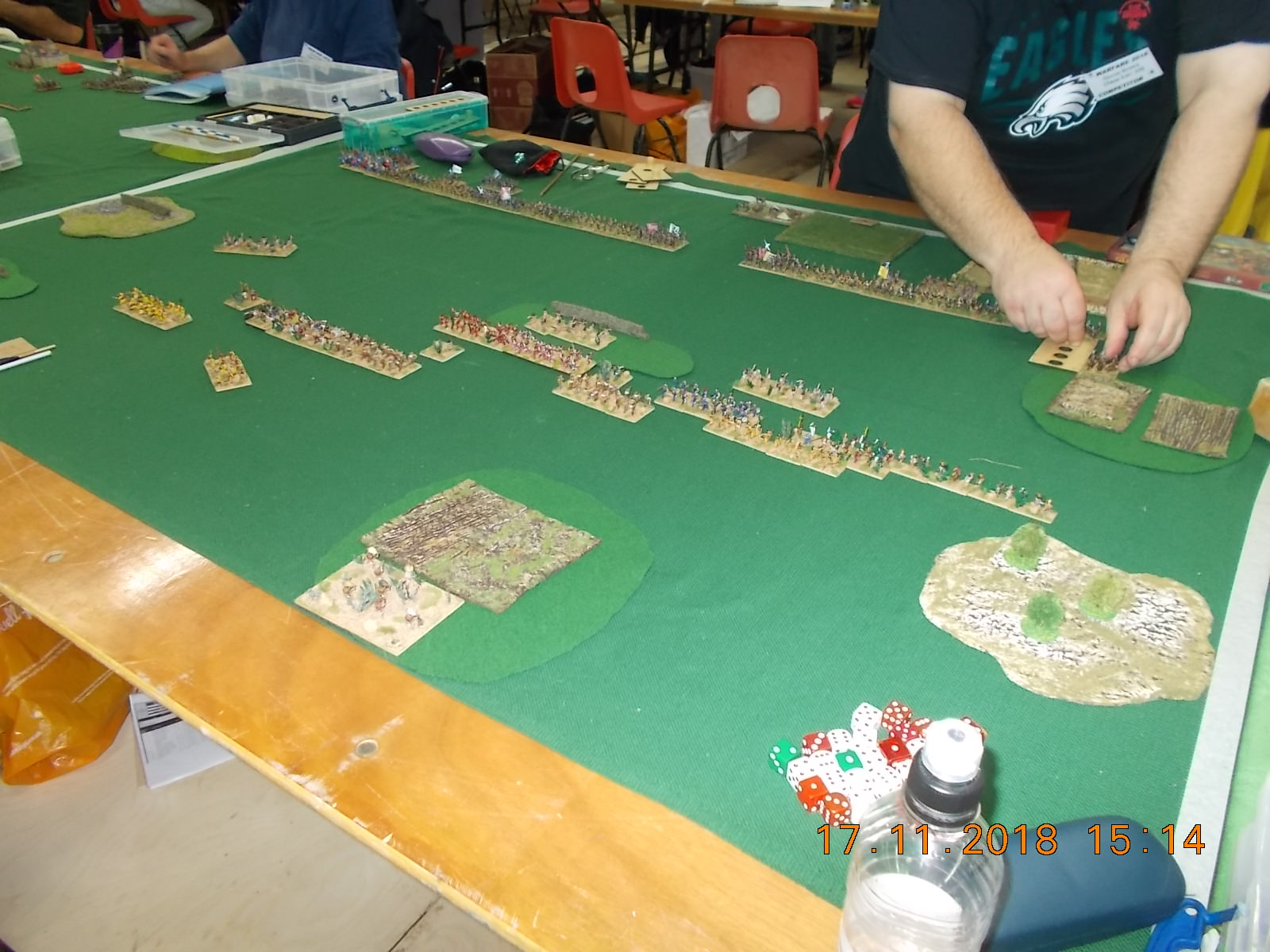 Seeing the distance the French would have to travel a BG of allied Jaguar Knights raced off to the extreme left flank to occupy another enclosed field. I reasoned this would either take the French out of the game or provide an opportunity to outflank them. The average MF manned the FF with the Elites in rear support. 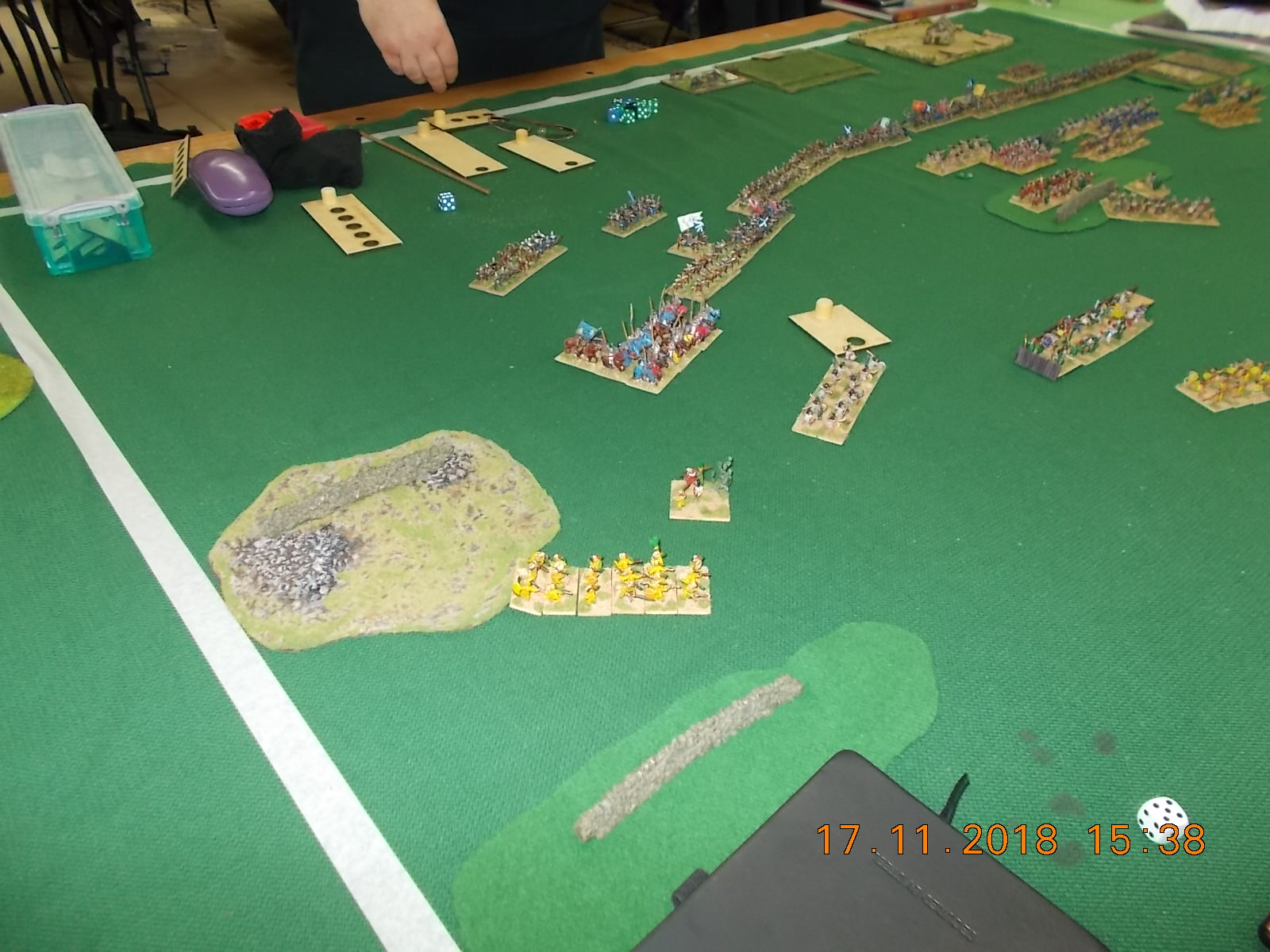 On the right we faced a virtually unbroken line of LB. 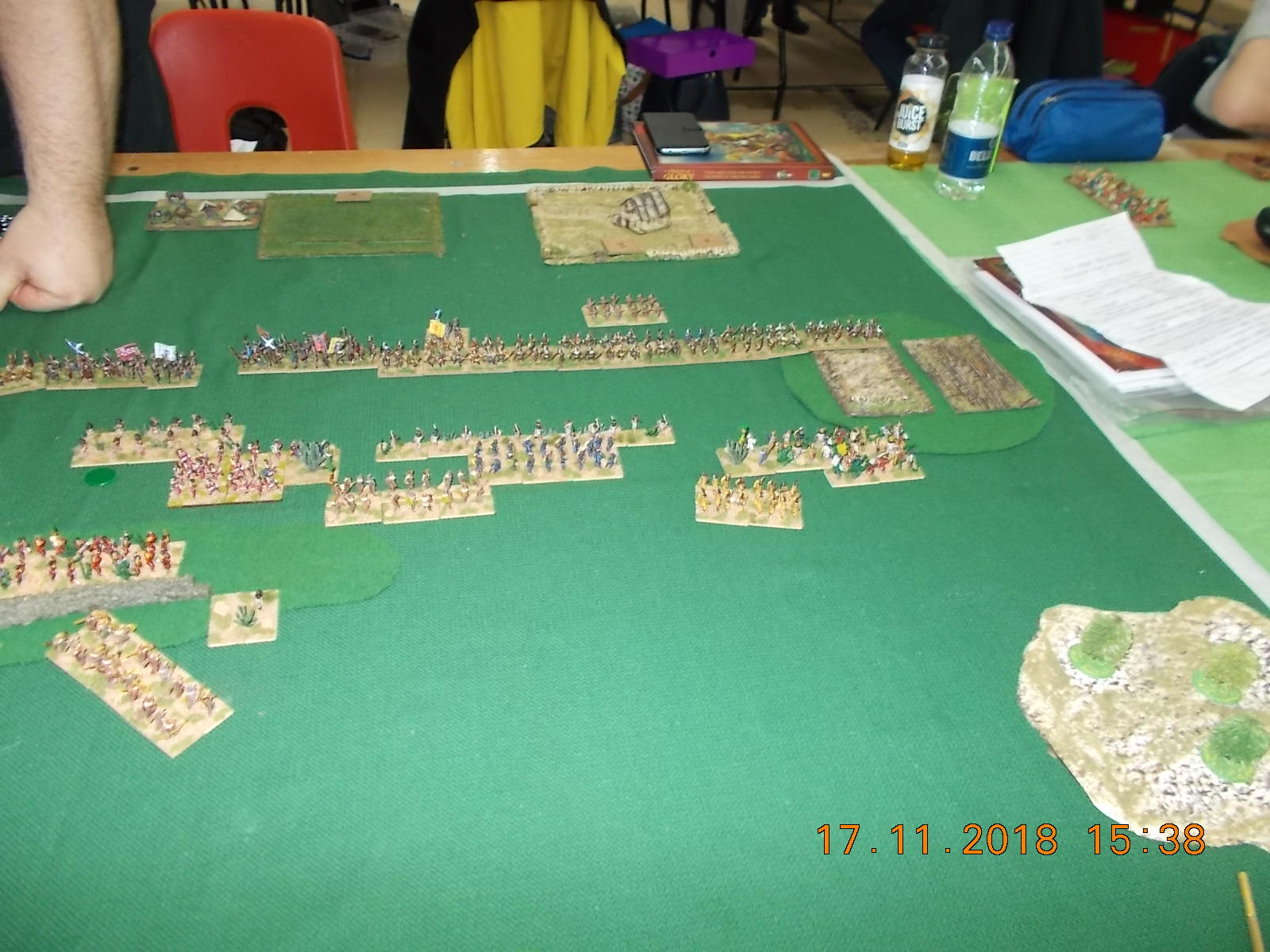 Unfortunately this meant that Steve had a huge amount of concentrated firepower and the lack of an IC meant that the other allied wing struggled. 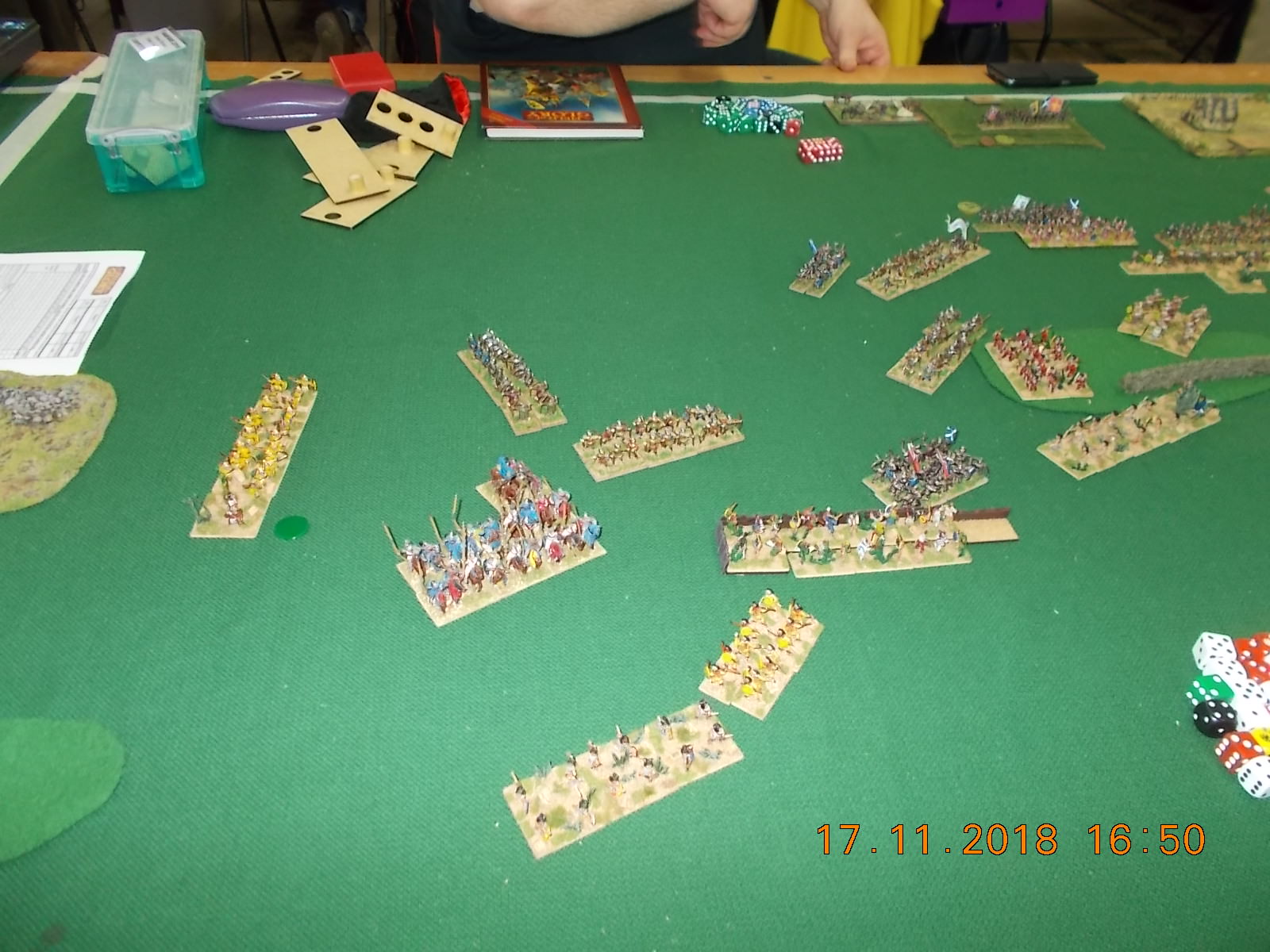 On the right our promising attack had stalled and was then thrown back. The allied Superiors died to the last man whilst the average MF were routed by shooting. The Elites would fight on gamely but despite his best efforts the allied General was unable to rally the average routers. 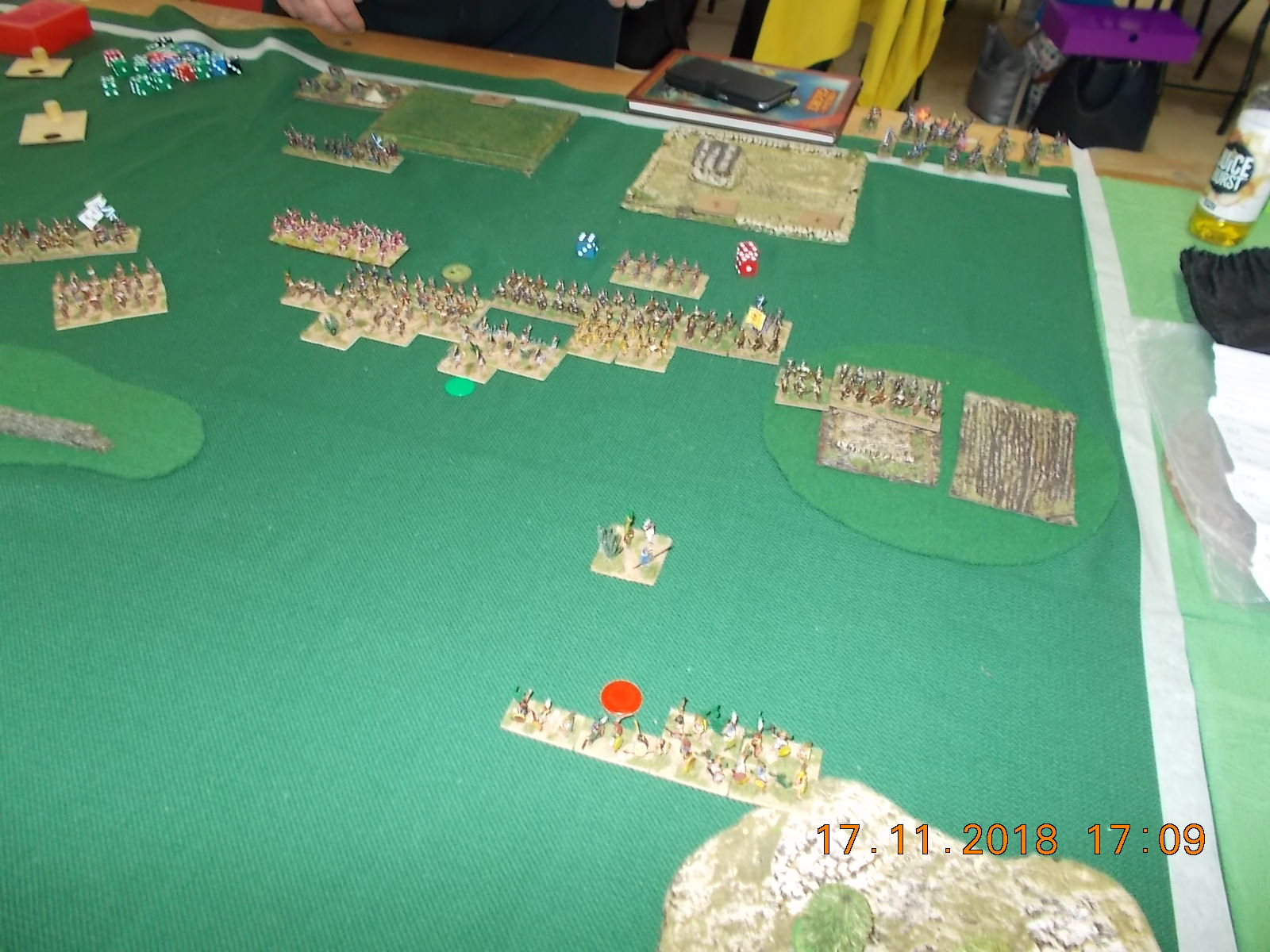 Fortunately the central enclosed field was protecting the core Aztec BGs from a similar fate and they were able to get stuck into some Scots LB.

Steve’s shooting almost won the day but he had a cursed general. Every time this commander joined a BG it would response with either 2 ones or a 1 and a 2 on its cohesion test. I think that happened 3 times – very poor luck.

In desperation a BG of Scots HF threw themselves at the FF but in vain. The French were also caught between a rock and a hard place and having failed to dent the Elites would eventually be broken by consecutive cohesion drops as they were unable to break off. 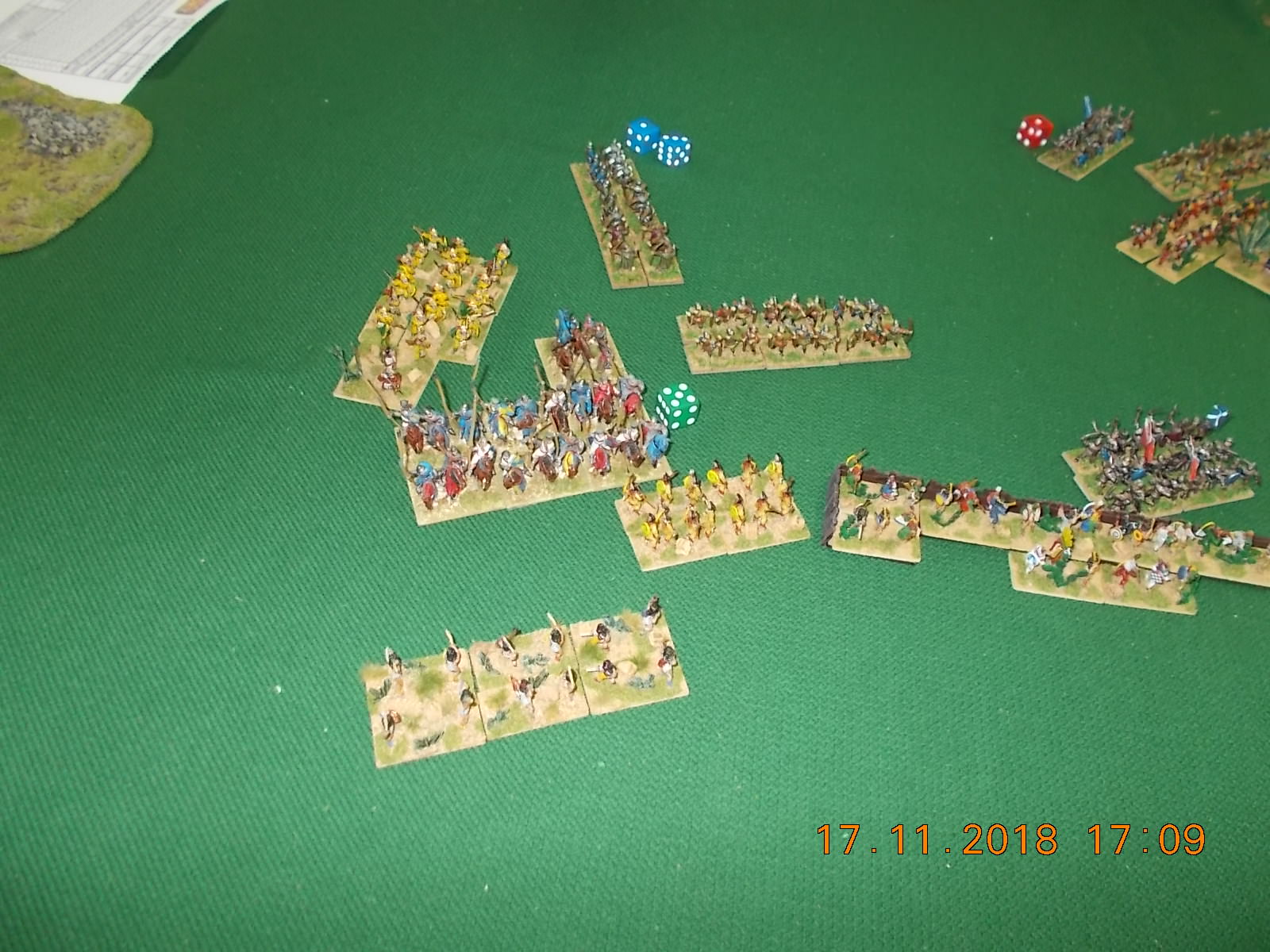 So far so good. 2 very favourable match-ups had justified my unusual army choice. What would the 2nd day bring?
Pete
Top
Post Reply
1 post • Page 1 of 1