And so to the final game. John Patrick with Free Company.

As in the 3 previous games I lost initiative and my opponent chose Agricultural. I was feeling fairly weary at this point so apologies for the lack of photos.

This is John’s deployment. The various elements are interleaved and I anticipate an attack on my left. 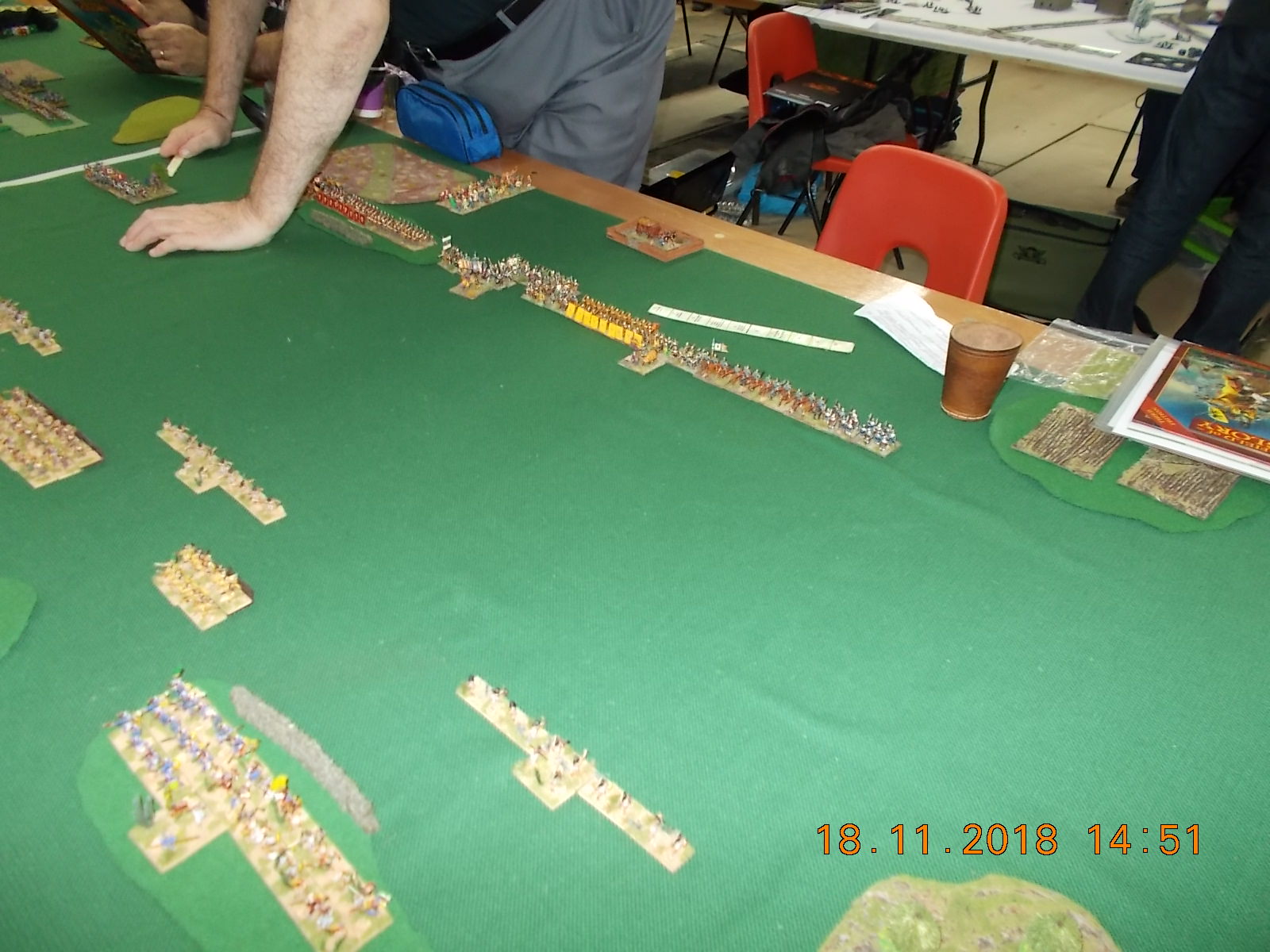 I have my standard deployment with the core Aztecs in the centre, 2 of which are behind the FF. The opportunities for me are to try to tempt the cavalry into charging with LF but they are drilled and this doesn’t really work. 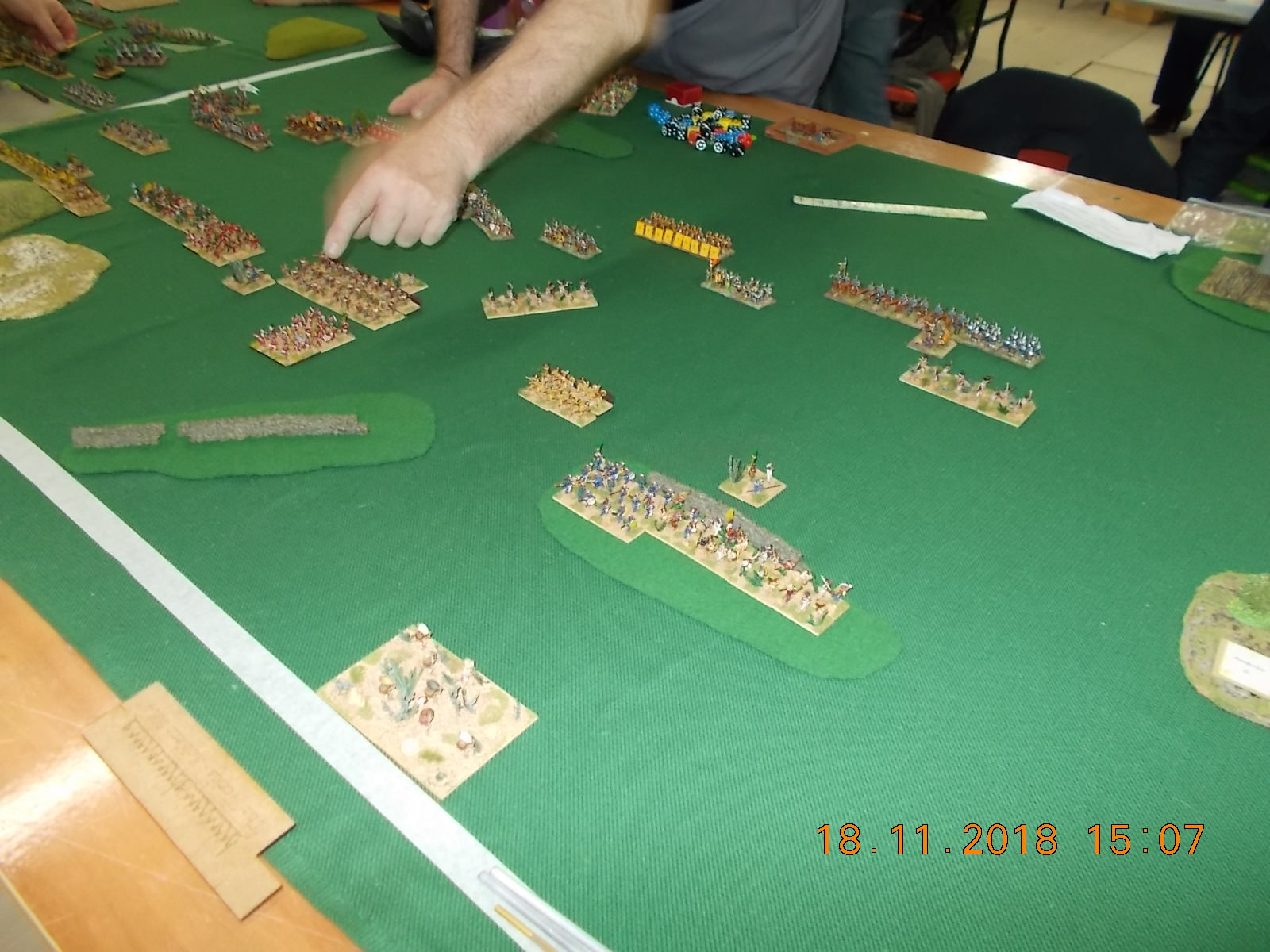 On the left a cavalry BG and a HF BG charge the allied Jaguar Knights who have the General and the Elites in rear support. The HF lose and disrupt whilst the cavalry have to break off. Anticipating a better outcome another HF BG charges uphill into the Elites – not a good prospect – and they will be routed in short order.

The cavalry charge back in and this time the Jaguar Knights crumble and will rout.

The routing HF creates havoc in the Free Company ranks and several BGs disrupt. This allows the Aztecs to charge disrupted enemy who most often fragment. As many are in 4’s they die quickly to base losses.

John was quite happy to fight with his Generals and as a result would lose 2 of them. The most costly was his C-in-C which causes all friends within 6 MU to test with a minus 1 one the test.

On my right the Superiors finally make use of their Javelins. Marching up to the enemy cavalry they stay just outside of 5 MU. In the following turn they advance and give a volley into the average protected horse who disrupt. Charging when disrupted is no fun and they died shortly thereafter.

The game ends in defeat for the Free Company and the score is 32-6 which even after the morning’s defeat puts me into 2nd place.

I really enjoyed using the Aztecs but this list format is no longer valid in the revised V3 list – Elites can’t be in 4’s. I think the army would be stronger for having an IC – if only to better contest initiative and first move.
Pete
Top

Re: Aztecs at Warfare - Game 4

Thanks for these Pete - really interesting reads!
Top

Re: Aztecs at Warfare - Game 4

Thanks Chad. And following on from the 'Internal Ally' thread - I went for this option because of the 4's of Elites. On balance an IC would have been a better choice.
Pete
Top
Post Reply
3 posts • Page 1 of 1