I lost initiative and Steve chose Agricultural with a Coast. The hill fell kindly for me but otherwise there was little terrain to slow down the massed phalanx. As the pike were in 8’s I thought there was a reasonable chance of winning a straight fight. I chose the Thracians to hold the hill as they could not be tempted to charge off it. 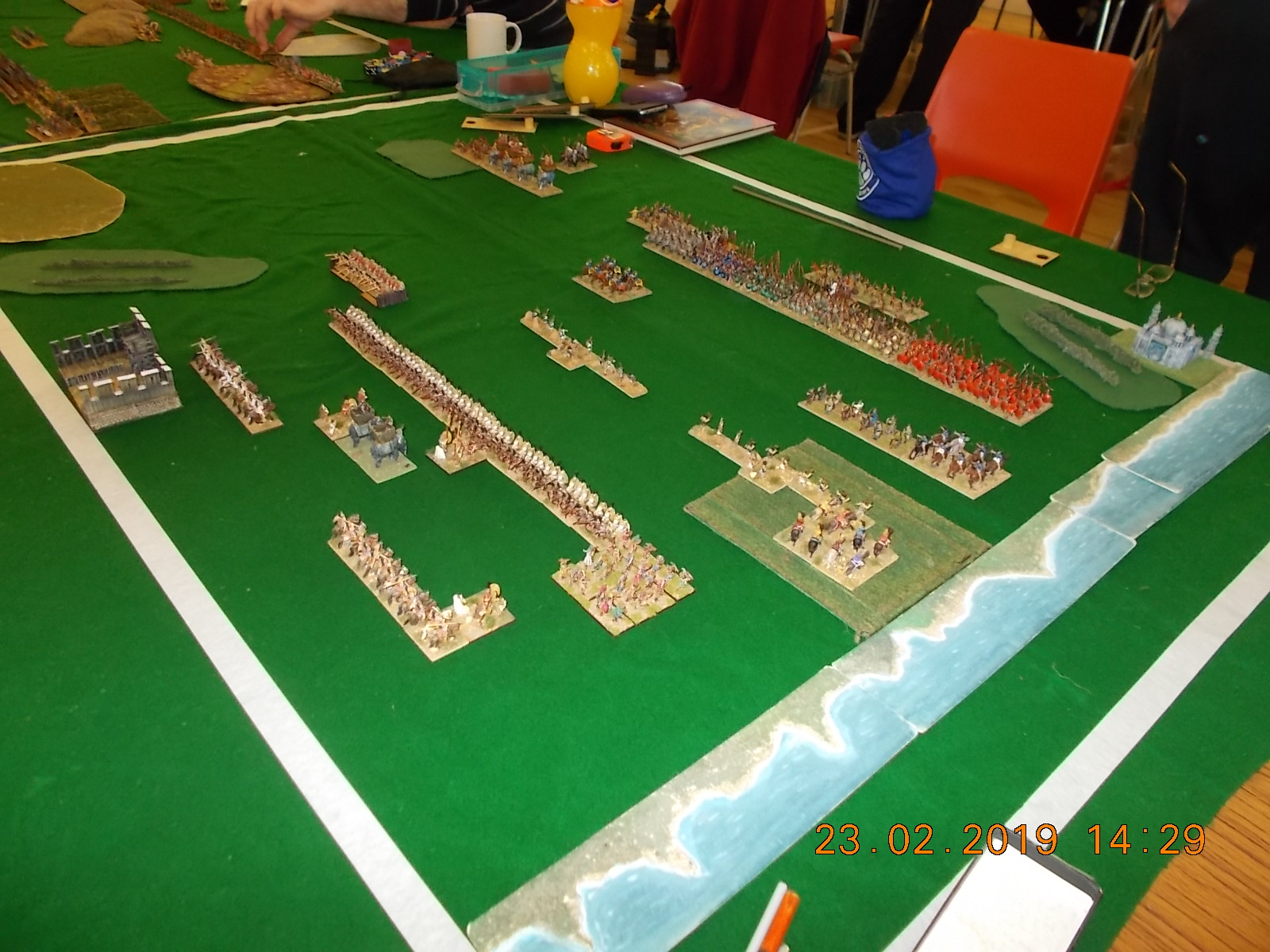 Why I put my camp there I’ll never know. It should have been next to the coast as Steve’s was. Steve’s camp was also protected by a vineyard which would save him at the death.

In the early exchanges my slingers and LH held the hill so Steve’s skirmishers were withdrawn. I then had some lucky hits against a Sup pike block which fell twice to Fragged before it formed orb and became unhittable.

In the centre my other slingers tempted 2 pike blocks to charge which put them into 3 Legions. Both would break. 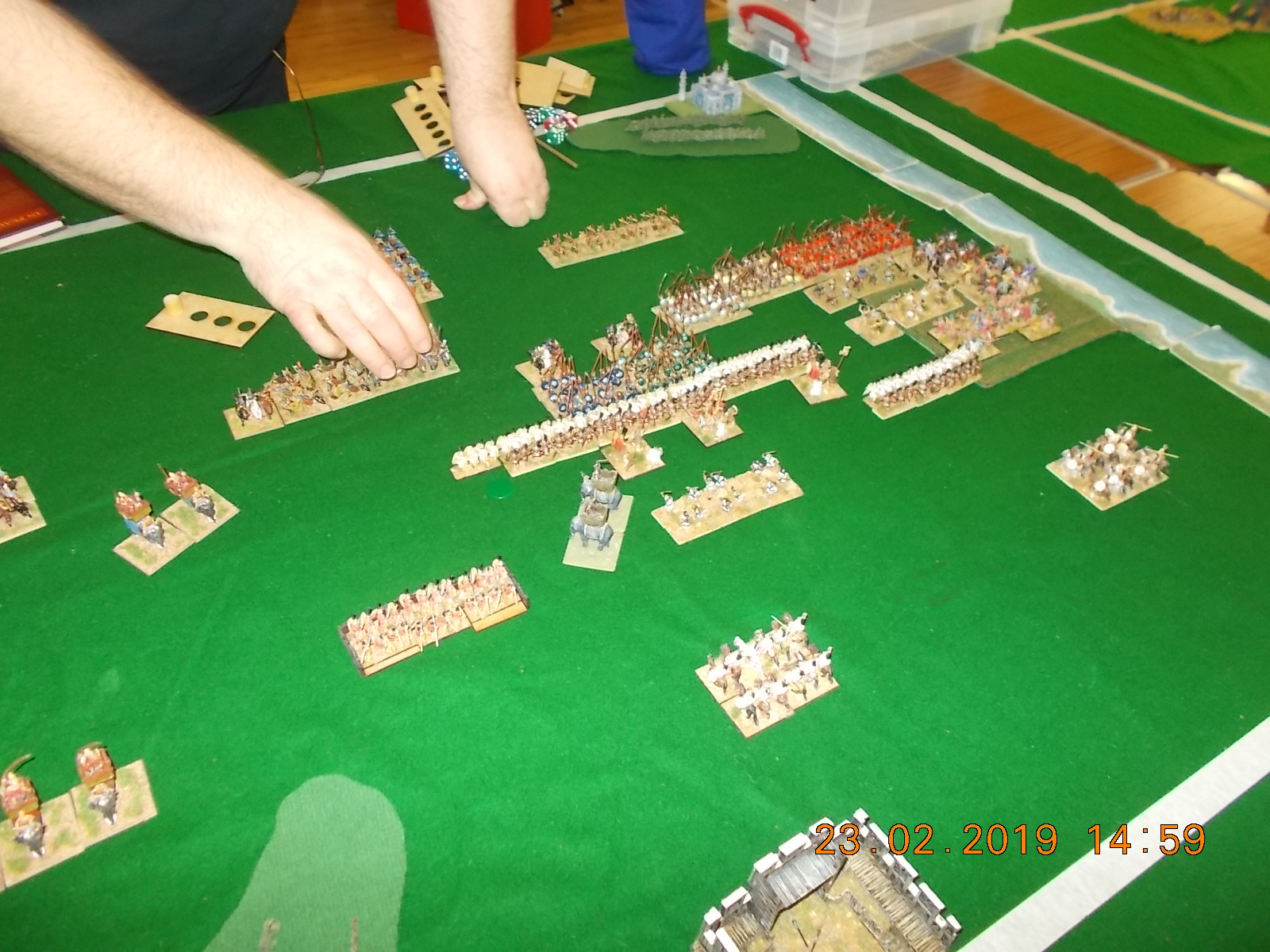 The other 2 Average pike and the Superior pike joined the fray – the latter uphill into the Thracians. These 3 BGs would also break allowing a Legion to pursue into some juicy unprotected rear supporting bowmen. I would lose 1 Legion to base losses. 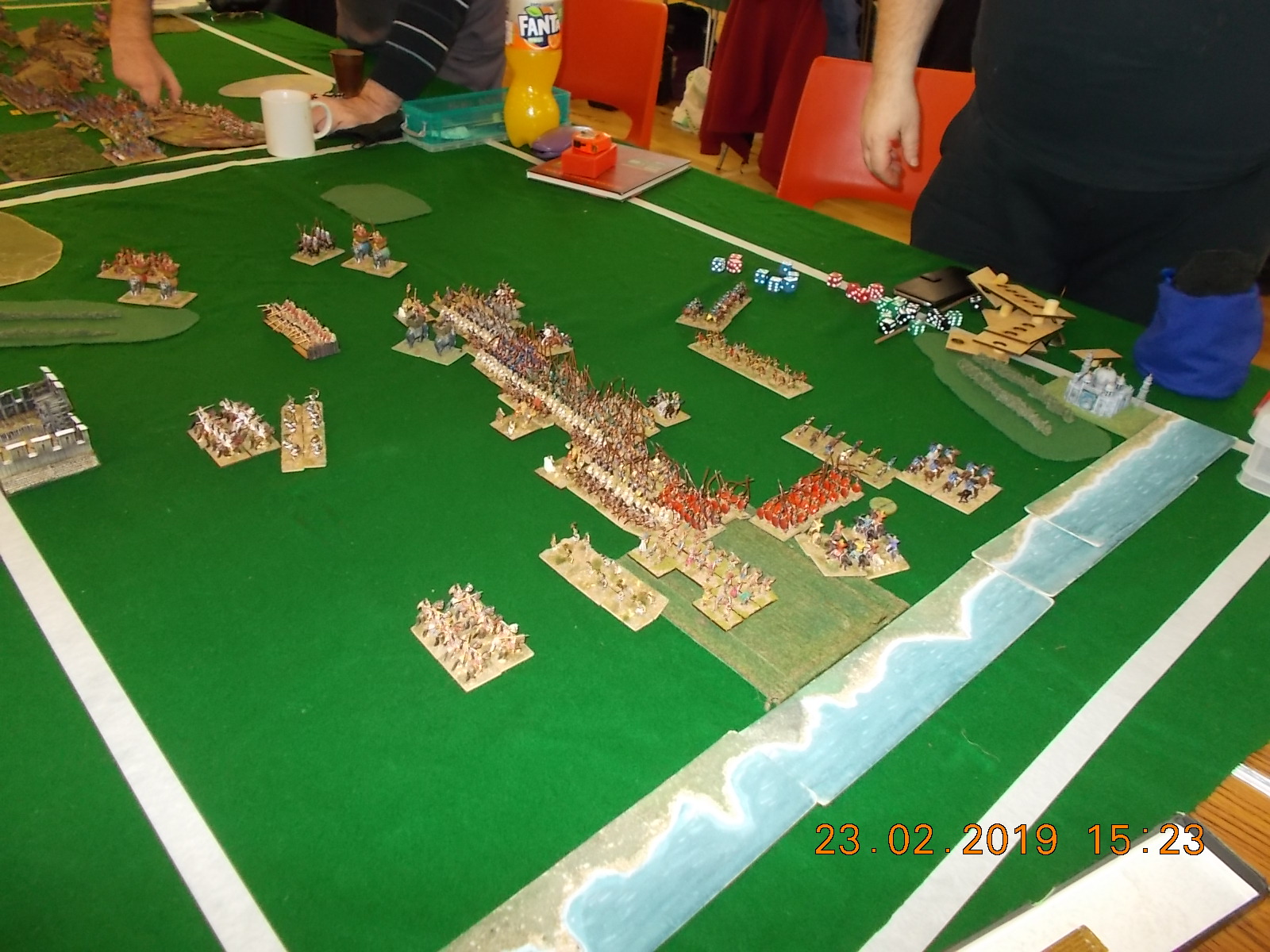 On my left it wasn’t looking quite so good as Steve’s army was so much bigger than mine. The Cats charged into my left hand Legion and were rather surprised to be disordered by my Poor Elephants recruited for just such an occasion. The Cats lost a base but were able to withdraw and resisted all further temptations to charge back in.

Unfortunately this exposed my Poor Elephants to Steve’s Thracians and they proved no match for them. The Thracian pursuit exposed their flank to the Poor Legion who routed them in swift order.

At this stage you’re probably wondering why Steve’s army has not broken. Rather unsportingly his IC was able to rally first 1 pike block and then another, and later on would recover the Thracians as well.

My Thracians pursued into the 2nd Sup Pike BG – now rallied and in good order – and after a miserable impact and melee round double dropped and were routed shortly thereafter.

The game was swinging this way and that and Steve eventually got a Poor Elephant BG into my camp and rolled a 5 first time – outrageous! 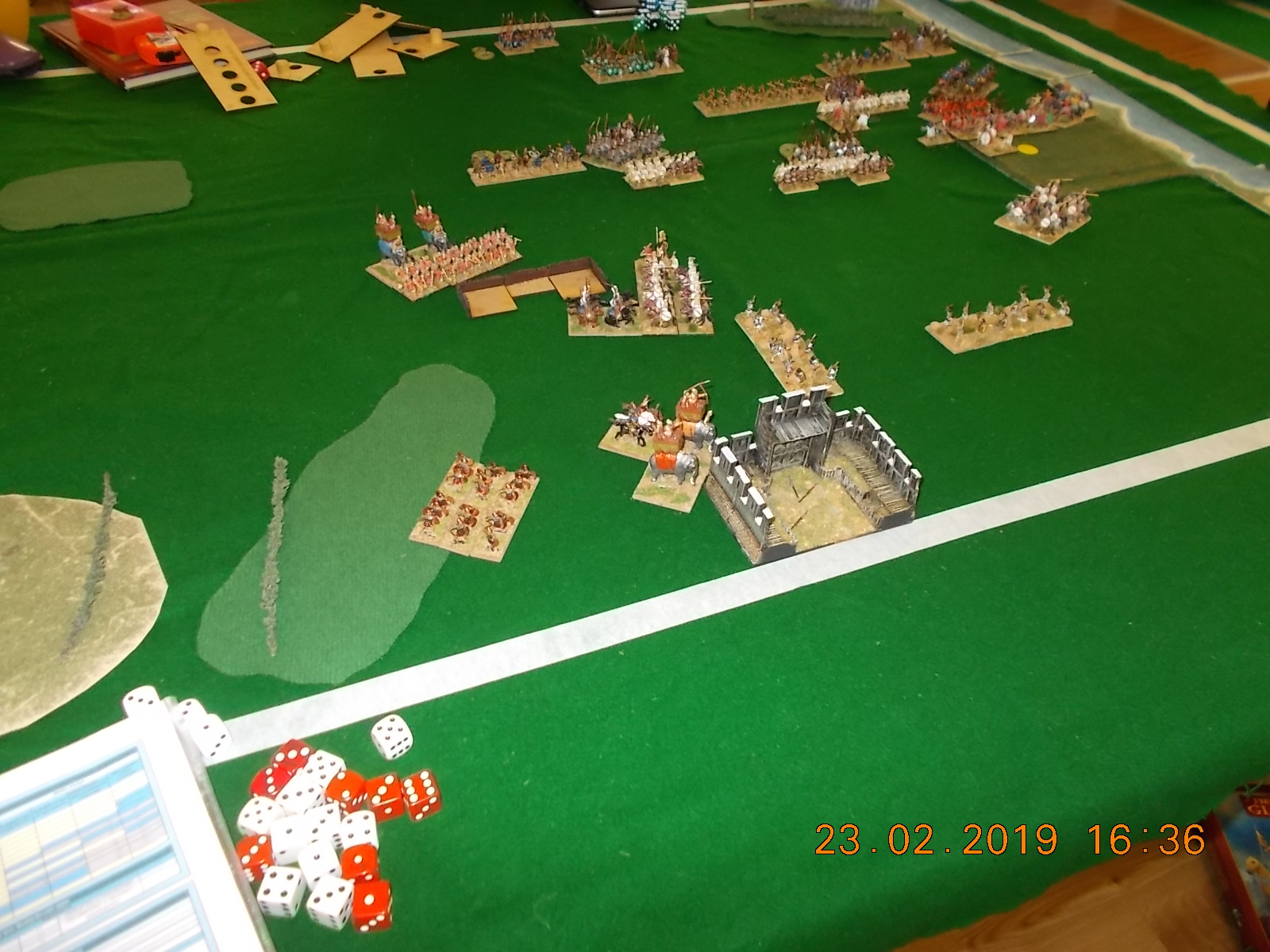 Shortly after that time was called to reveal a dead draw. Steve had lost 13 from 15 whilst I had lost 9 from 11. And Steve got the bonus 5 points for my camp to claim the win. It had been a cracking game with the majority of both armies committed to melee for most of it. 23 – 18 to Steve.
Pete
Top
Post Reply
1 post • Page 1 of 1