I won initiative and again chose Developed with a Coast. My rationale was that it includes 2 Plantations and a Village all of which are unhelpful to shooters. As it was the terrain fell reasonably kindly for Dave with a central Open Field that he could attack through and another one on which to anchor his flank. I therefore decided to try a flank march. Unfortunately for me – so did Dave. 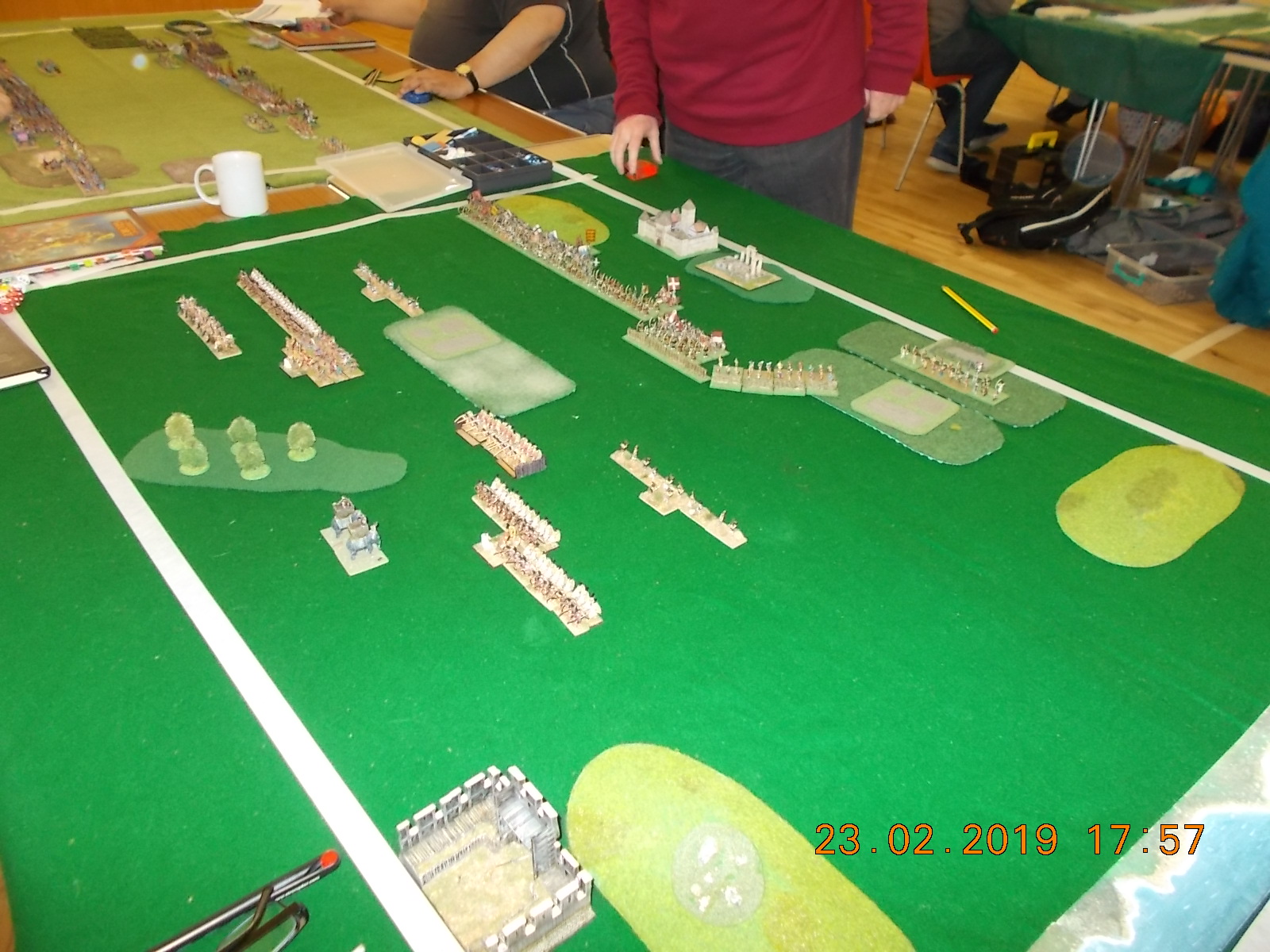 I had sent 1 Cav and 1 LH on the flank march. I realised early doors that Dave’s flank march would probably drive mine back so sat back on the left to wait for it whilst pushing forward on the right.

In counter measure Dave pushed forward on my left and withdrew in front of my right. Most of the HF interpenetrated the LB which was actually good news for me as it severely restricted the incoming shooting.

From Dave’s perspective the flank march probably arrived 1 turn too soon. Had my front been engaged before it had arrived I would have been charged in flank. As it was I managed to mitigate this and had an early success vs one of the Armd Polearm BGs. 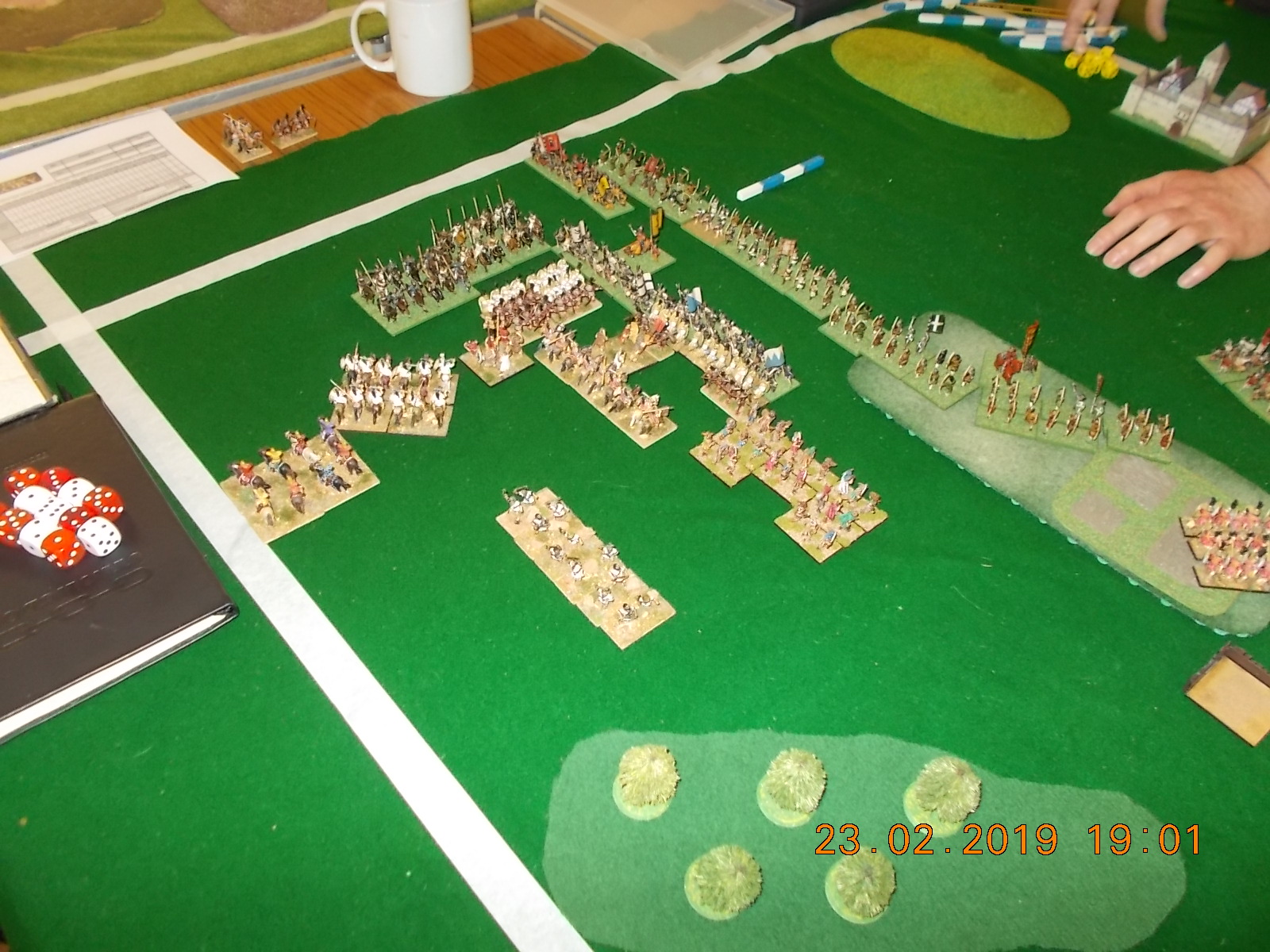 On my right, Dave’s position was being turned by 2 Superior Legions and the Poor Legion also felt it could make a contribution. 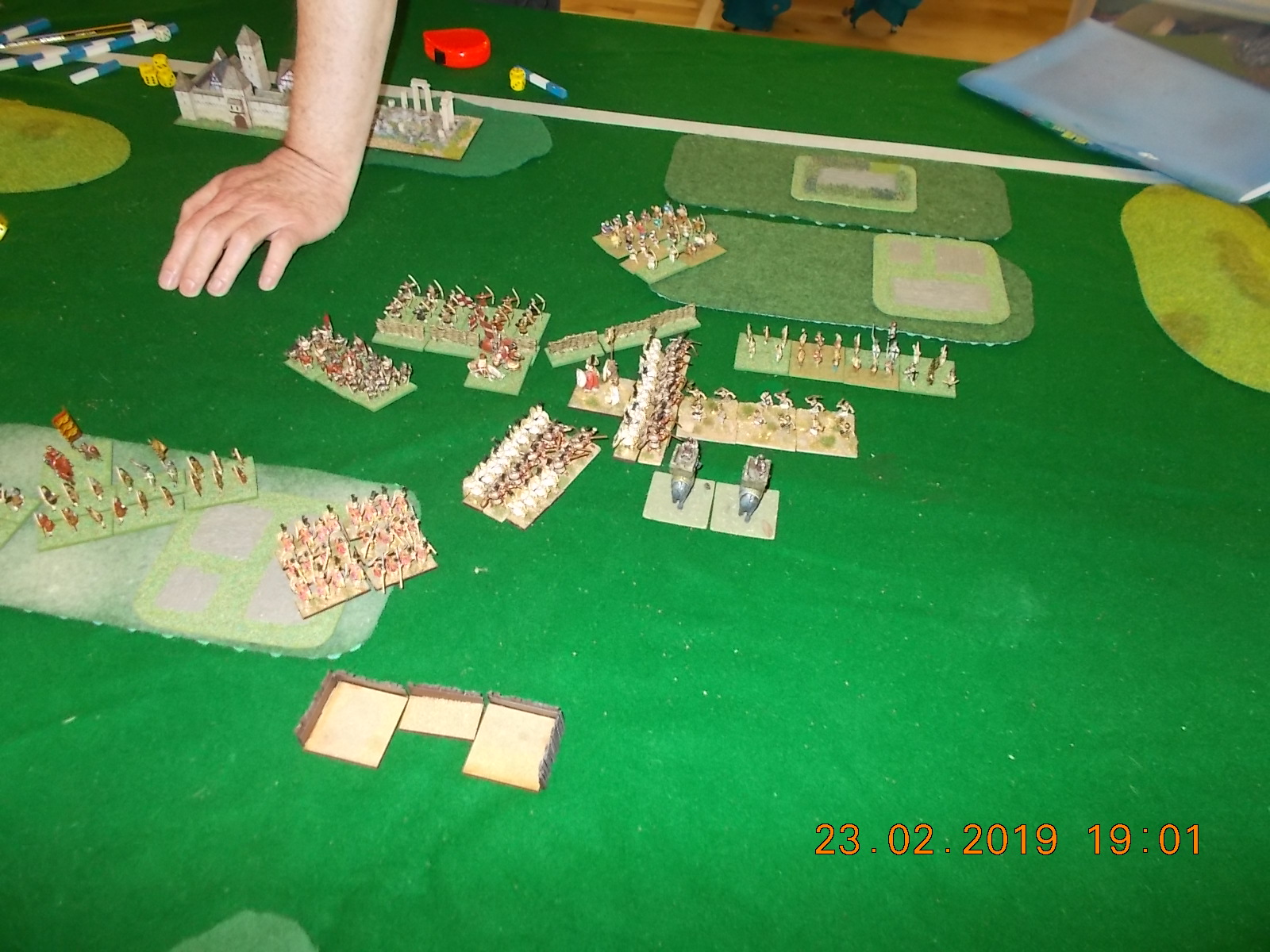 And my Roman cavalry broke one of his flank march BGs setting the other up for similar discomfort.

It had been a long day, the rugby was on and Dave seemed disheartened and conceded the game. I think he could have picked up some of my army but I was grateful to accept another 35-0.
Pete
Top
Post Reply
1 post • Page 1 of 1