I won initiative and chose Agricultural to minimise the terrain. Owain has a wonderful array of knitted terrain that Lynda Fairhurst would be proud of but I didn’t want too much of it on the table. I chose 2 open spaces and a coast. My coast isn’t the full 6 MU as I want to keep the threatened flank but know there will be no flank march. The gentle hill falls kindly for me but the Dailami have a reasonable amount of terrain to hide in. 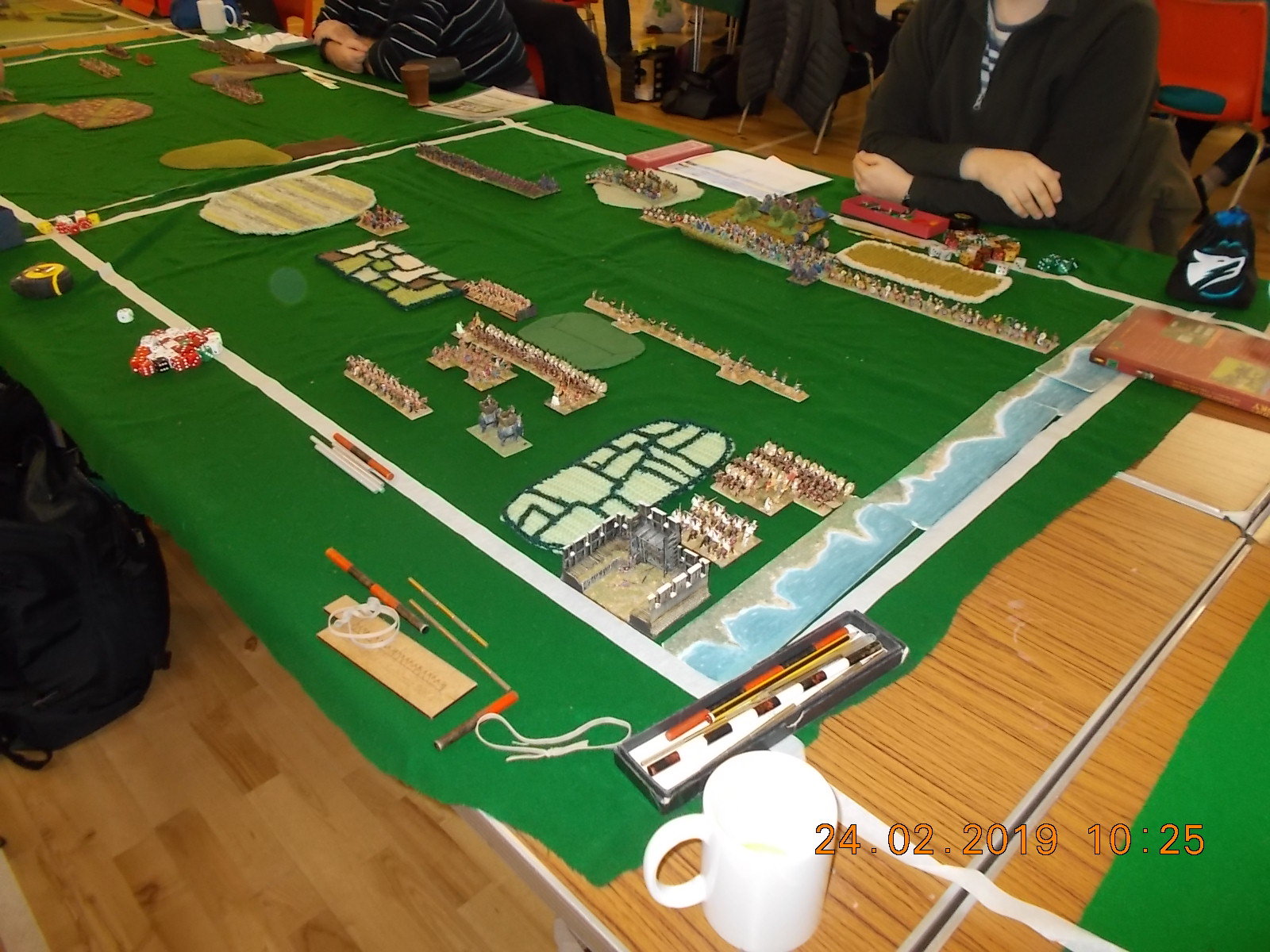 This time my camp is in a secure location. The Thracians are deployed behind the Legions who will echelon right allowing the Thracians to occupy the hill whilst the HF press the attack. My LH are sent off to delay the Ghilmen. 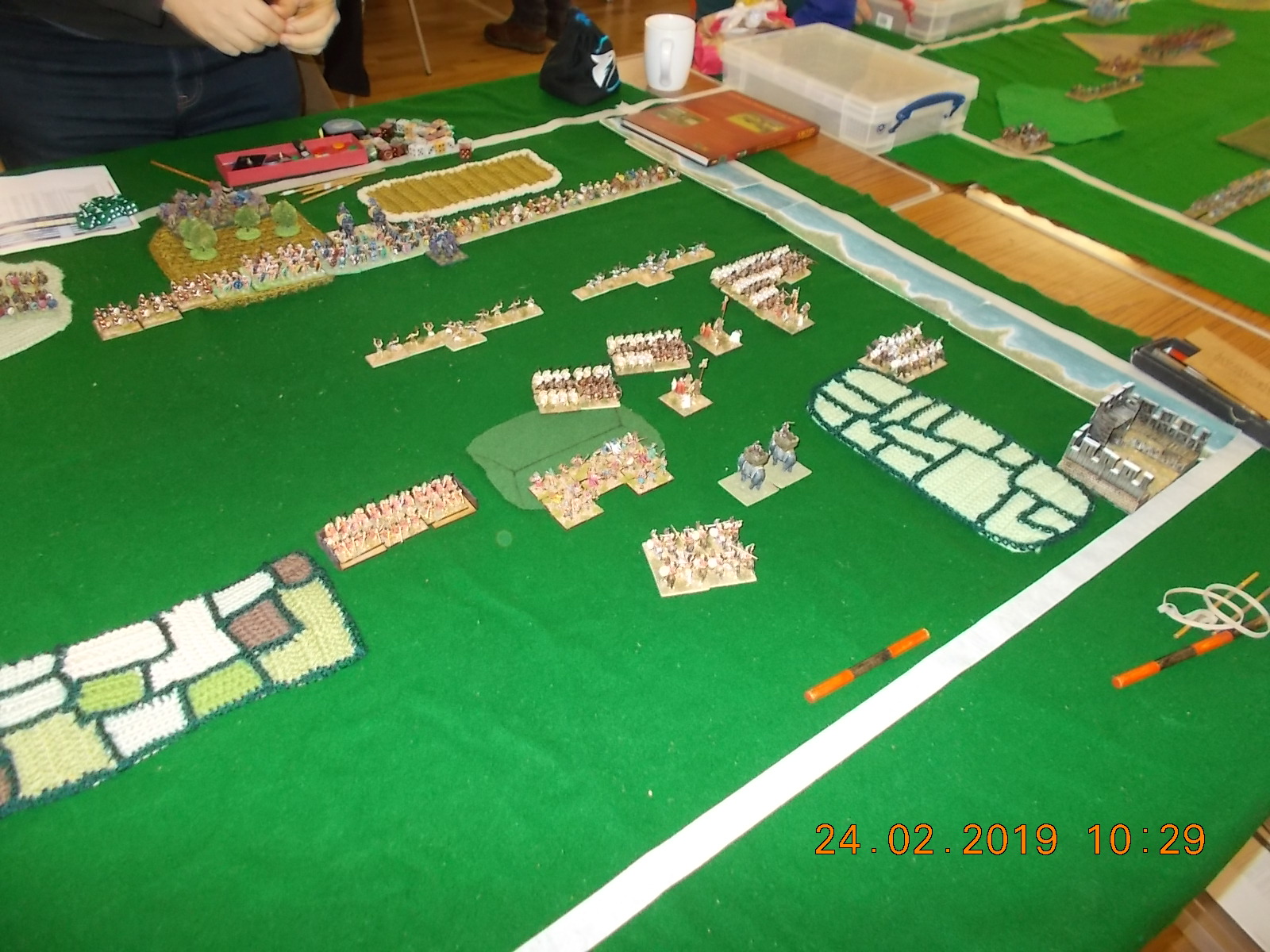 I think Owain viewed the game as a fairly poor match up for him and the hill and my FF probably didn’t help matters. I was still surprised to see most of the Dailami foot turn 180 degrees and starting going backwards. With just the IC and everything undrilled this was potentially quite risky. 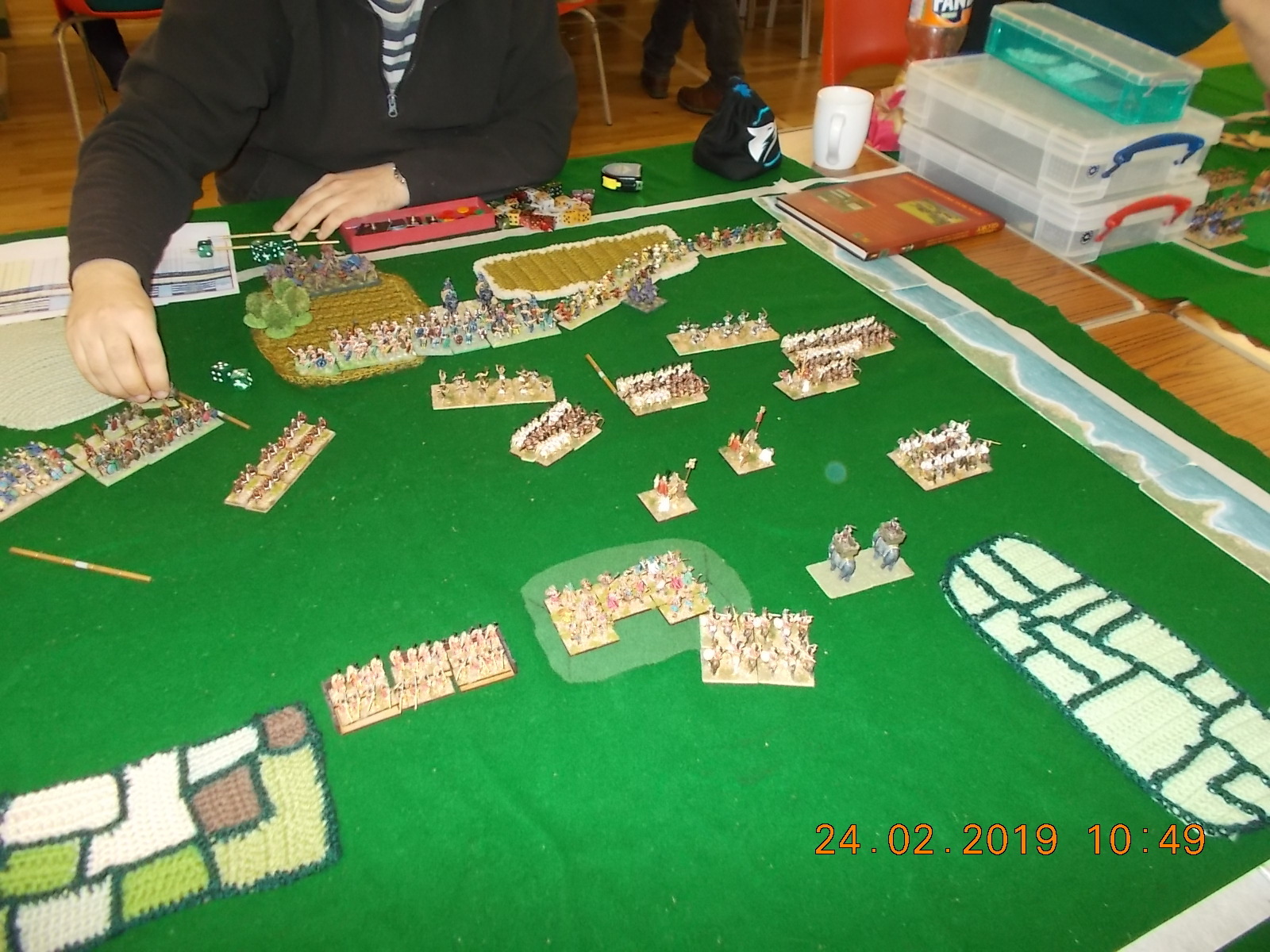 A highlight for Owain was 5 bases of MF throwing 5 6's to win a round of combat against the central Legion but with an IC and rear support they held firm. 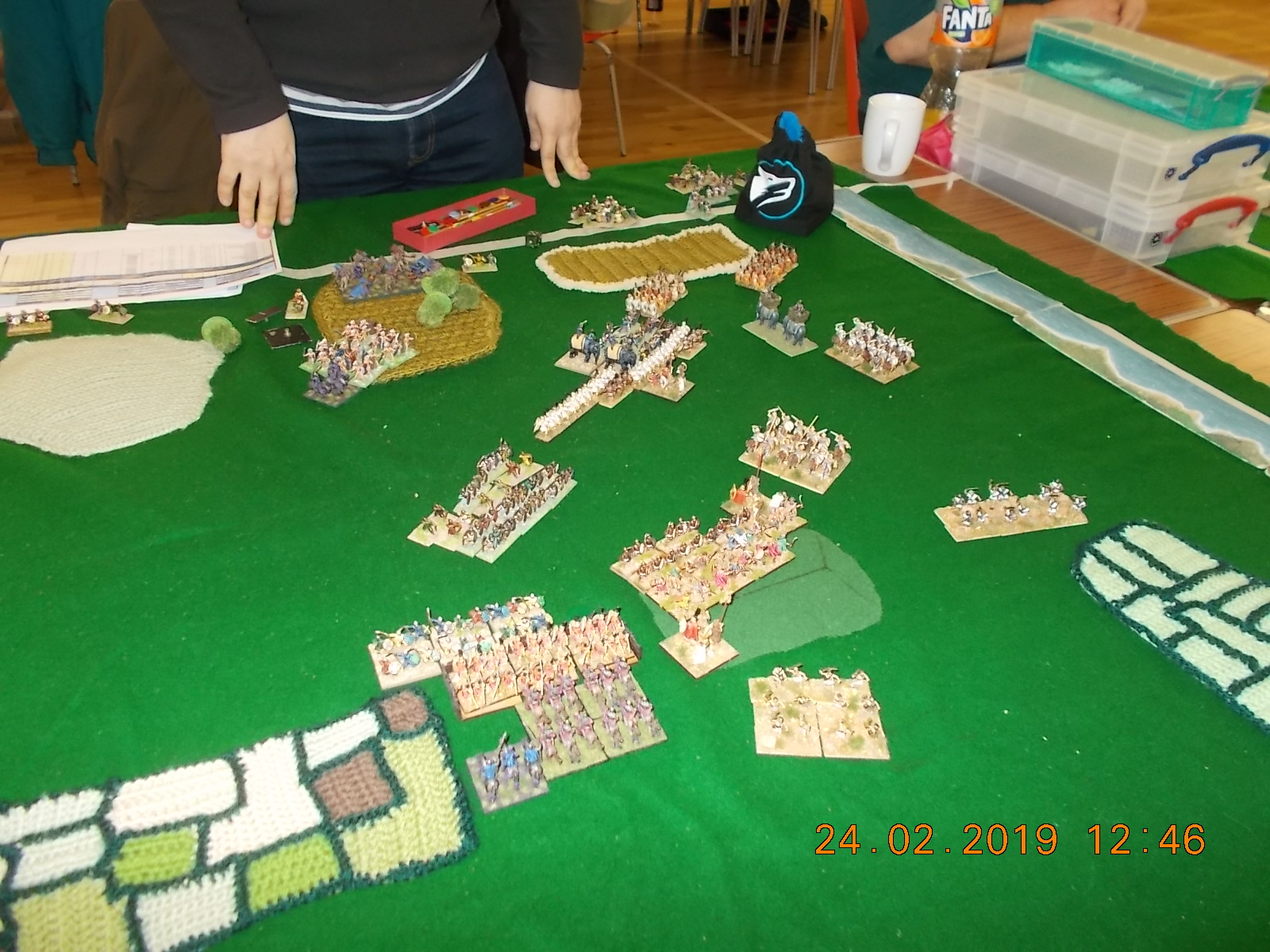 Owain hurls some Superior Dailami at the Poor Legion with the allied cavalry arriving to deliver a rear charge. Fortunately for me Owains’ centre collapsed before the charge could be delivered. Another 35-0 for Rome.
Pete
Top
Post Reply
1 post • Page 1 of 1