And so on to the last game which will be against David Fairhurst who is using Later Carthaginians.

These had done well in Rome coming first and second but I suspect they were struggling against so many pike and Roman armies.

I’d picked up earlier that David had flank marched and the LH and Protected Cav were not present at deployment.

I failed to capture deployment but this is shortly afterwards. The Spanish MF are in an Enclosed Field opposed by my Thracians. The Gallic HF are on both sides of the EF with 3 on my right and 1 on the left. I have pike opposite them with Companions in reserve. The Libyans are providing rear support. Opposite my left David had 1 Cav BG and his Elephants who looked slightly exposed. 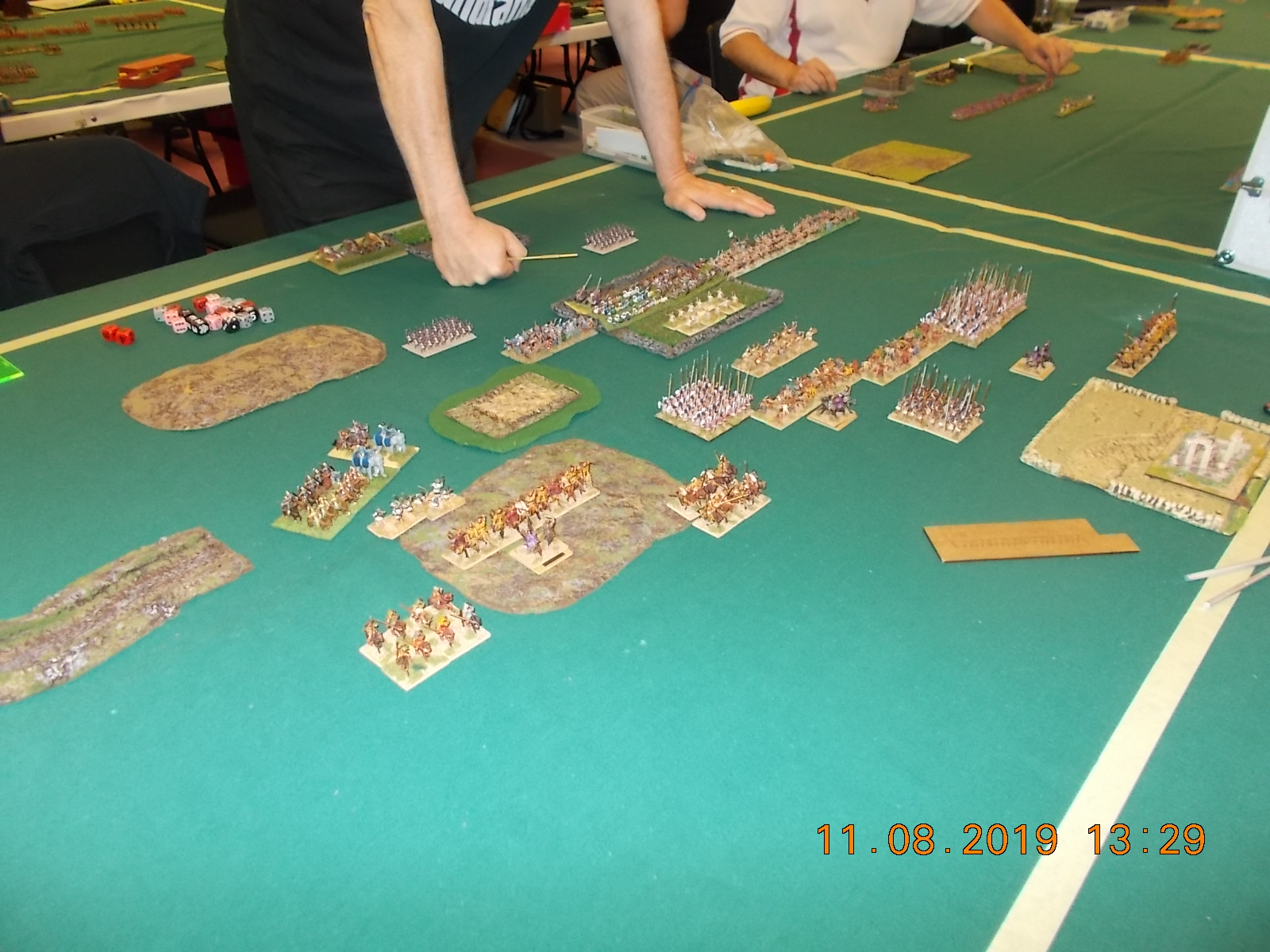 In the centre the 2 LF Bgs exchanged fire but I fell back as David had the advantage of cover. These 2 BGs would fight and the dice were in my favour. My LF routed their opposite numbers with no loss. 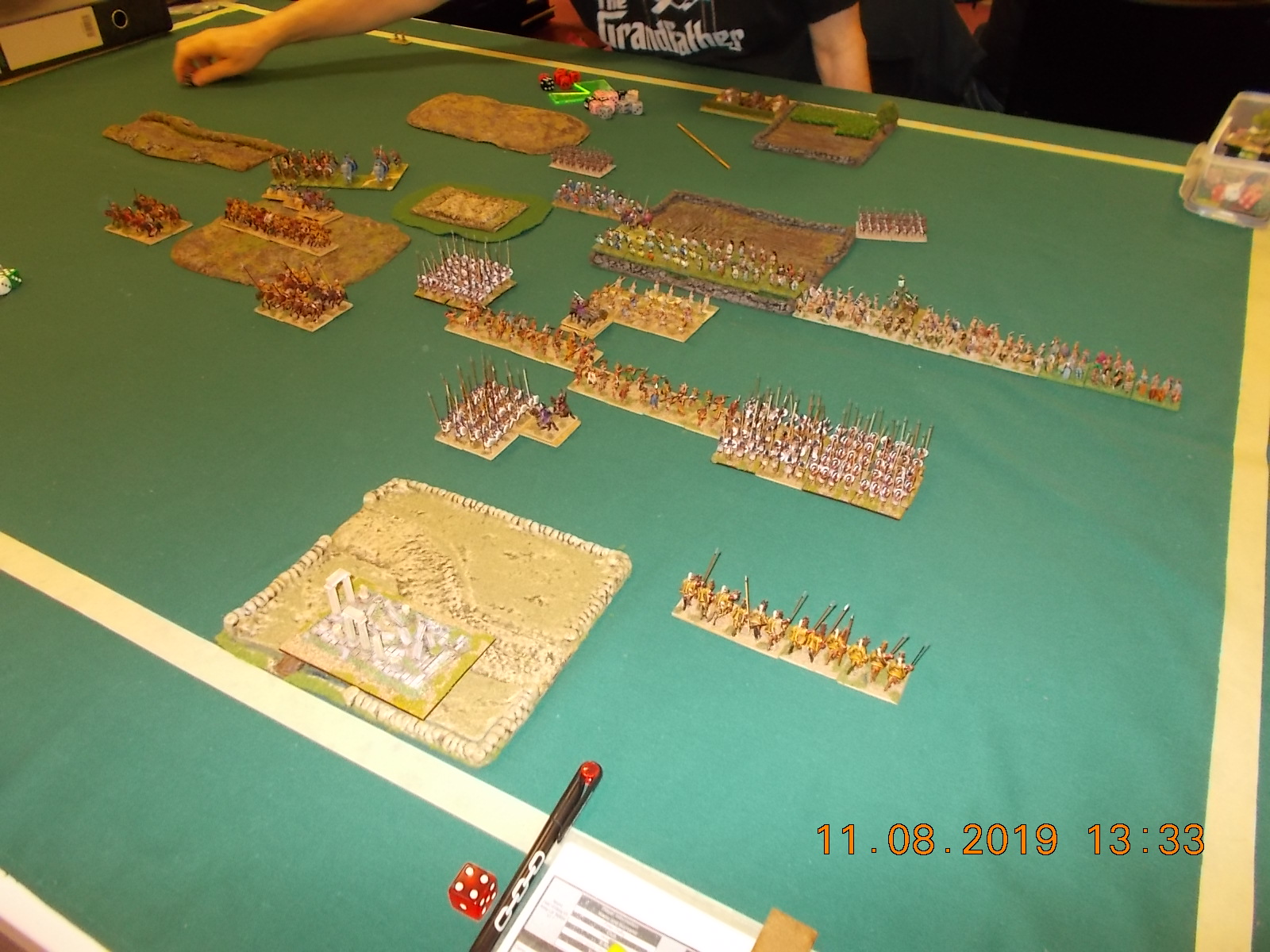 On my left the slingers combined with the LH to target David’s Cavalry BG who kindly lost a base to shooting. 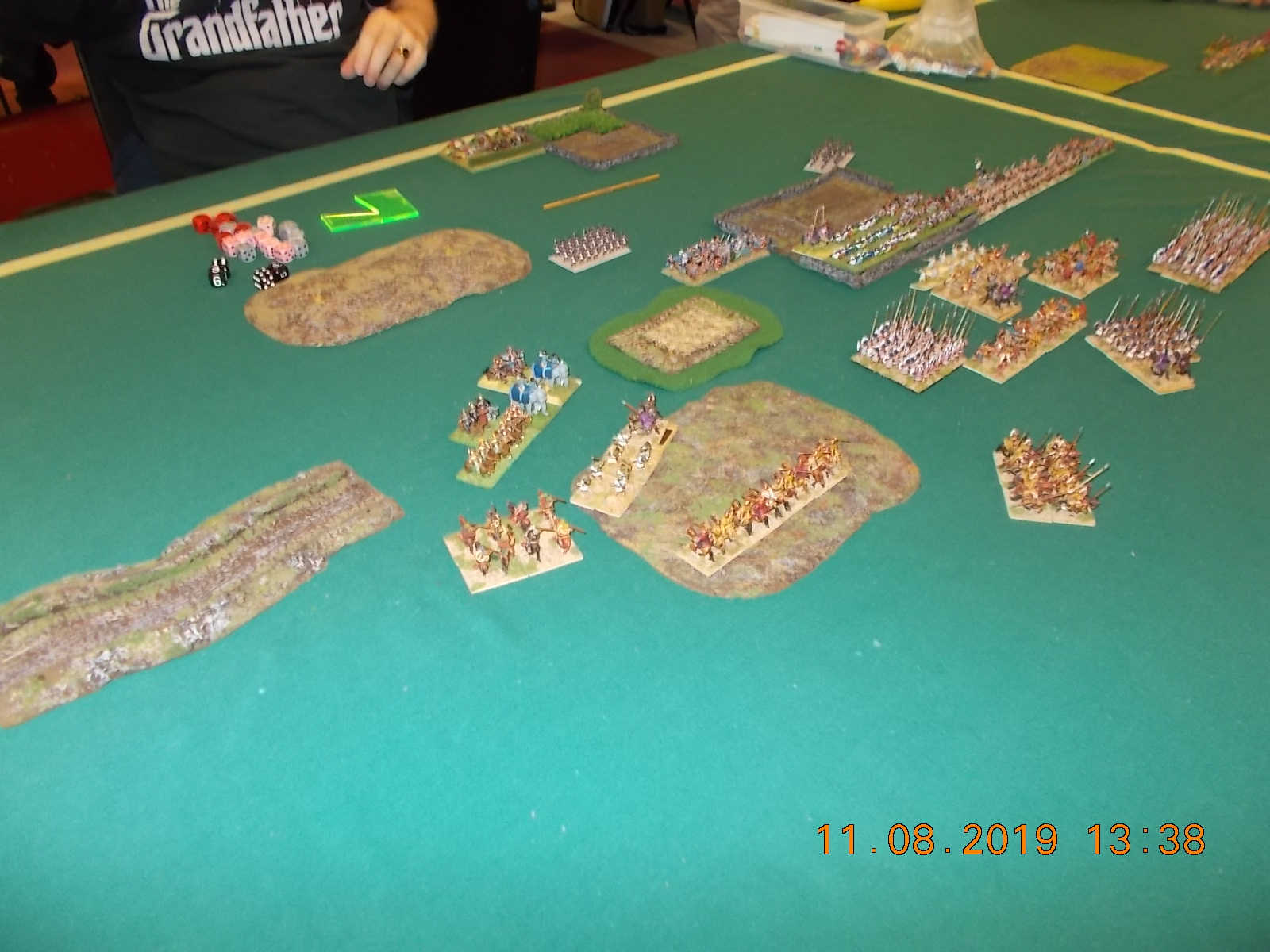 A 3 base BG is very vulnerable to shooting and they would quickly be shot down to Fragmented leaving the Elephants even more exposed. 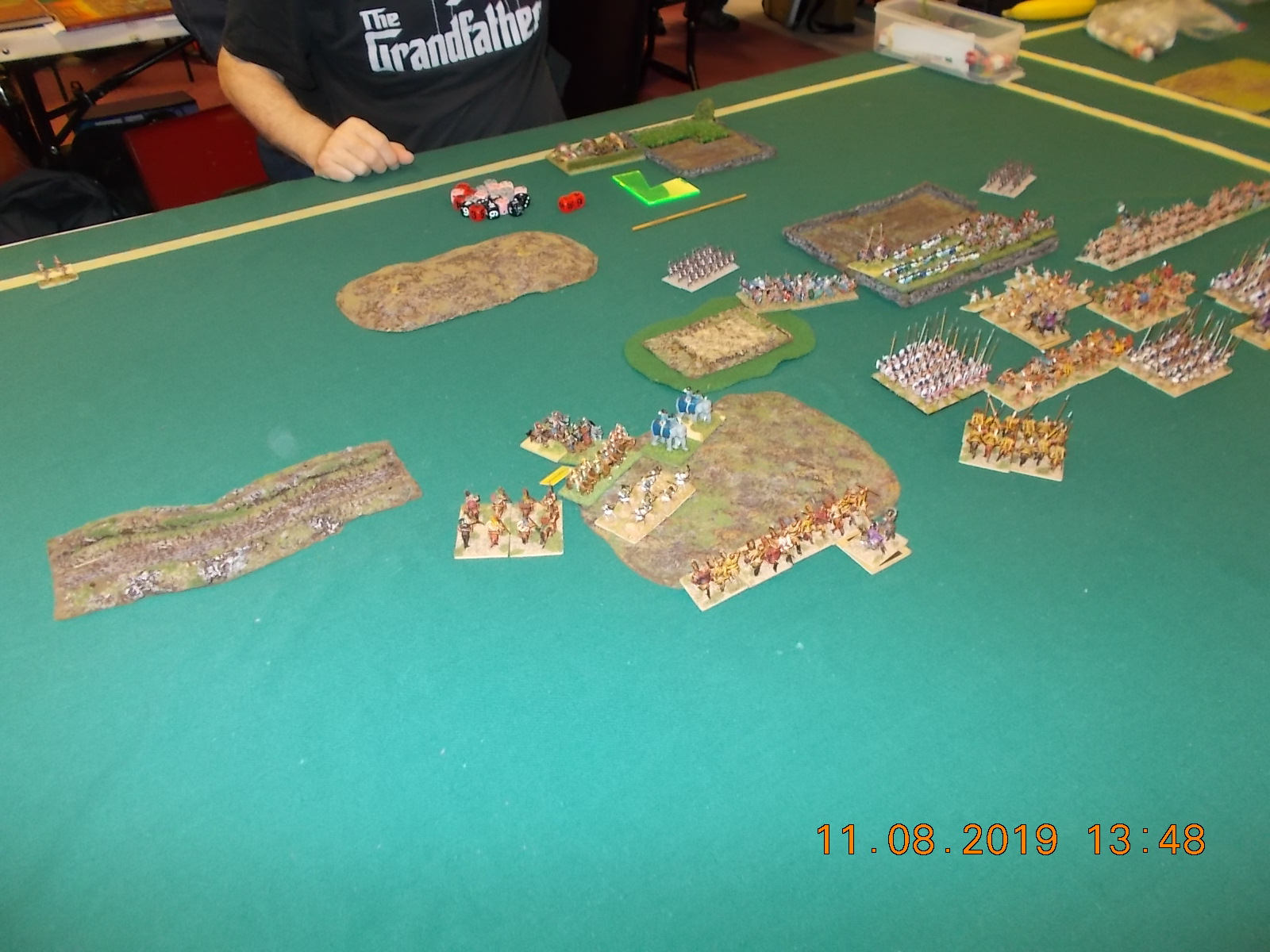 David’s flank march diced to arrive on Turn 3 so actually appeared on Turn 4 led by an FC. Anticipating this arrival David had charged with 2 impact foot BGs into my pike and Thracians. We were prepared as well as we could’ve been with rear support and generals with the Thracians. 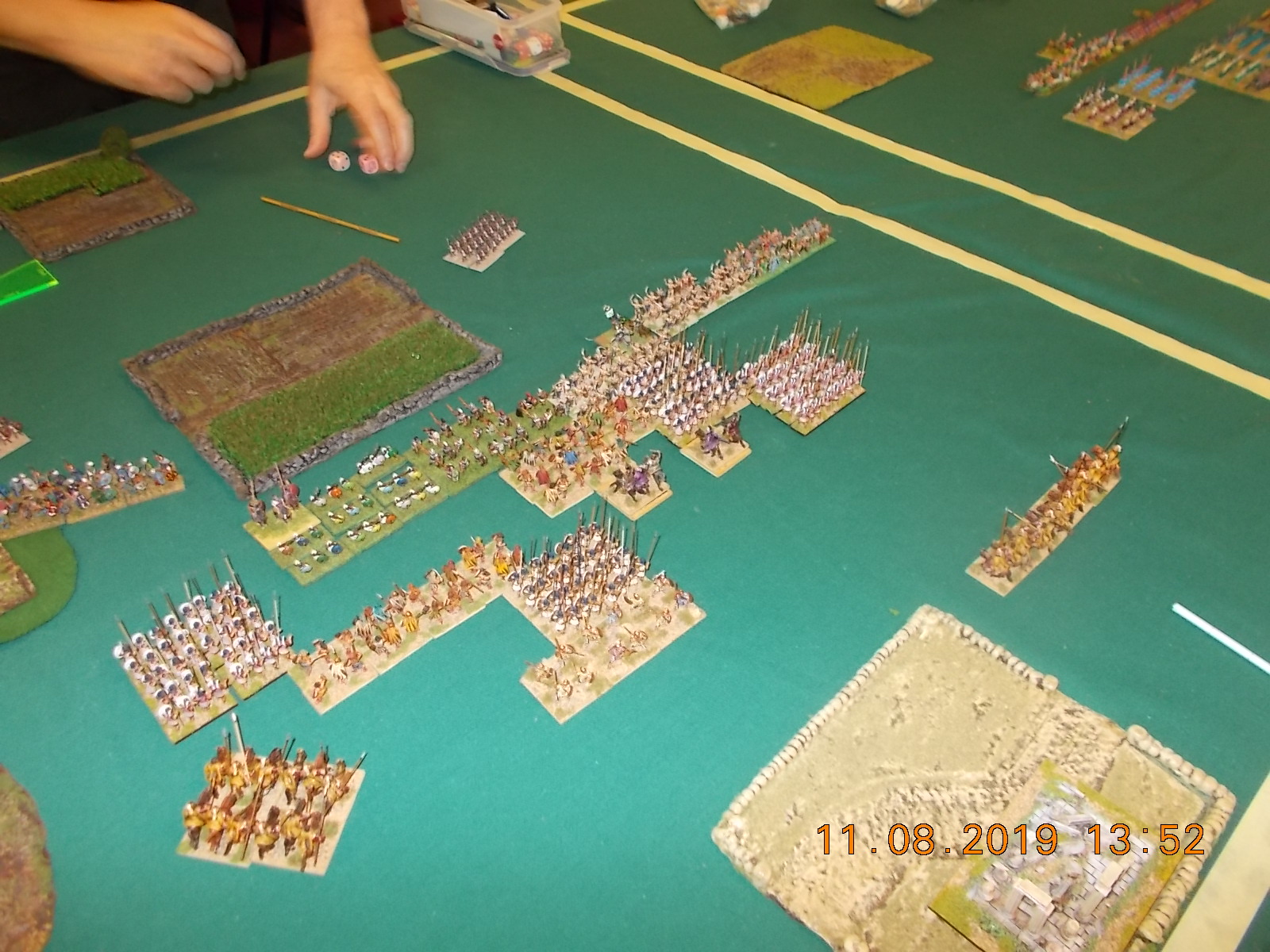 We weathered the storm and thereafter the Gauls were at a double minus vs the pikes and the Thracians were at evens.

2 more charges went in from David and again we held. It was my turn to be throwing excellent CT dice.

The flank charge duly arrived and the LH sacrificed themselves by charging my Companions in the rear allowing David’s cavalry to deliver a flank charge into my Superior Pike. 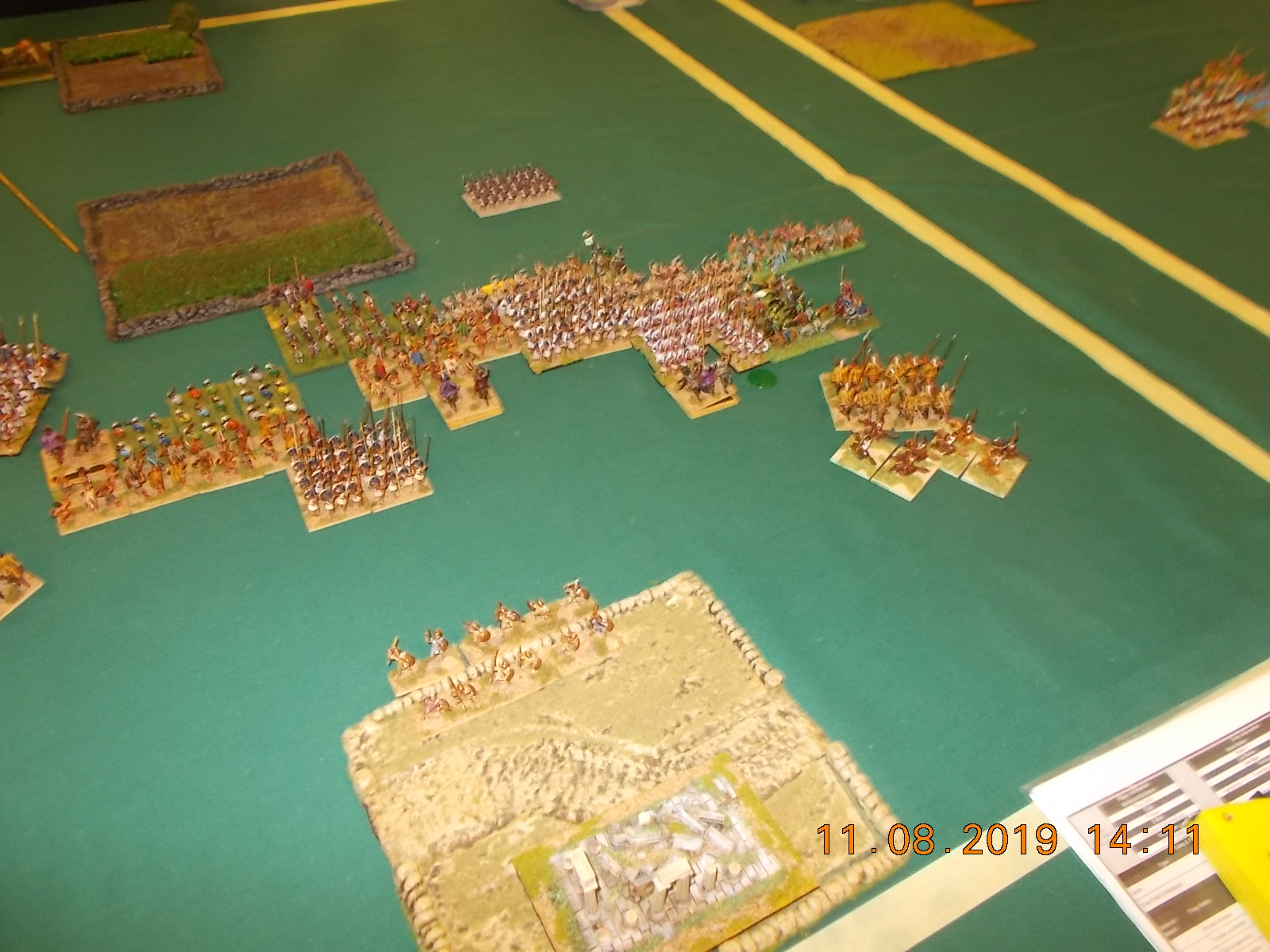 The pike collapsed fairly quickly despite the presence of the IC and I was lucky not to lose him in the pursuit. And I was lucky again when the LH double dropped allowing my Companions to pursue out of harm’s way.

In the centre David had lost a BG of Spanish and a BG of Gauls. My pursuing pikes found themselves facing a disrupted spear BG. On the left I was setting up for an Elephant sandwich. 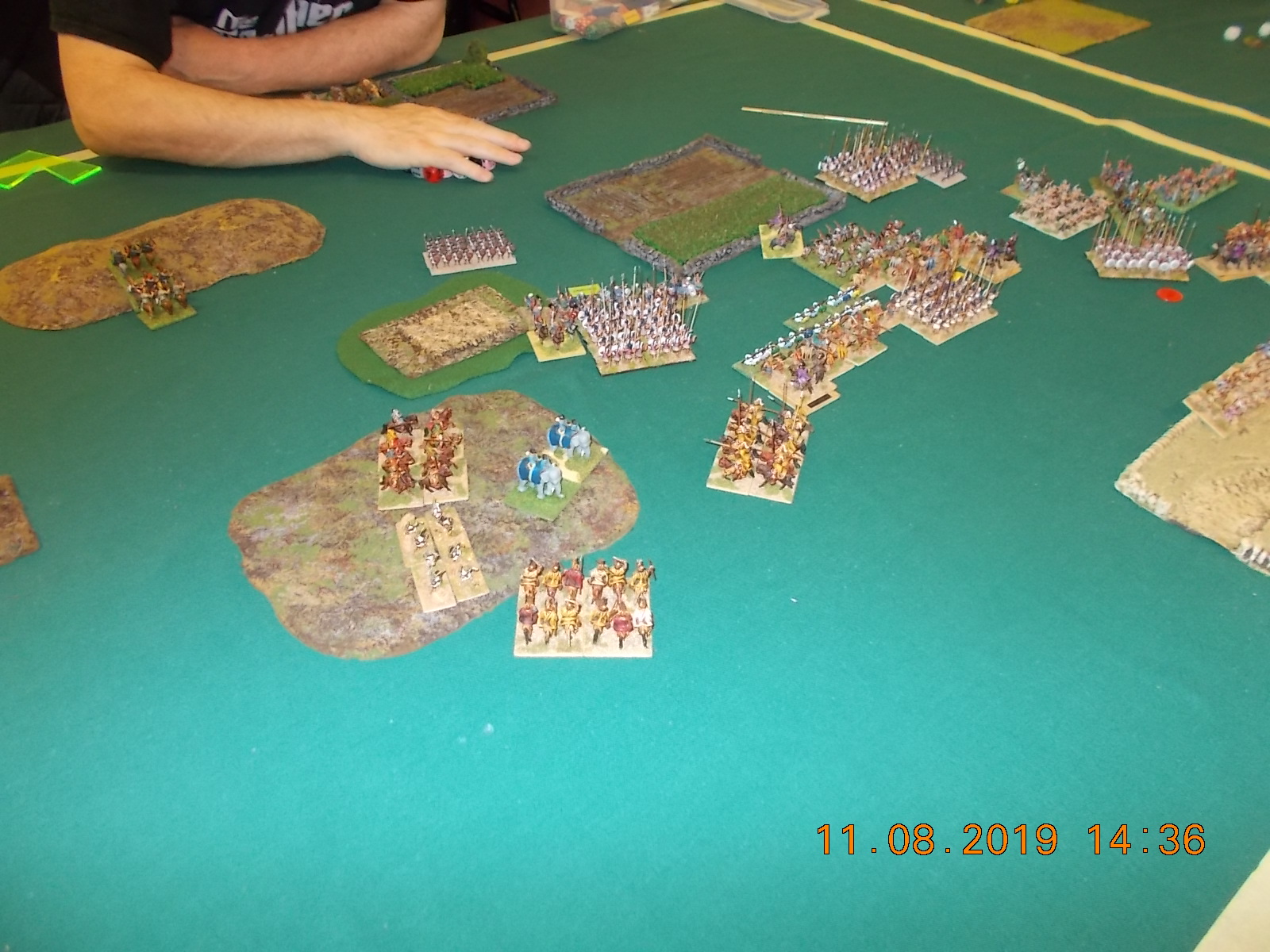 I had now lost a pike BG and a BG of Thracians but everything else was looking reasonably okay. In short order David lost his Elephants and a Libyan BG. When the victorious Spanish MF dropped to fragged it was game over for the Carthos. 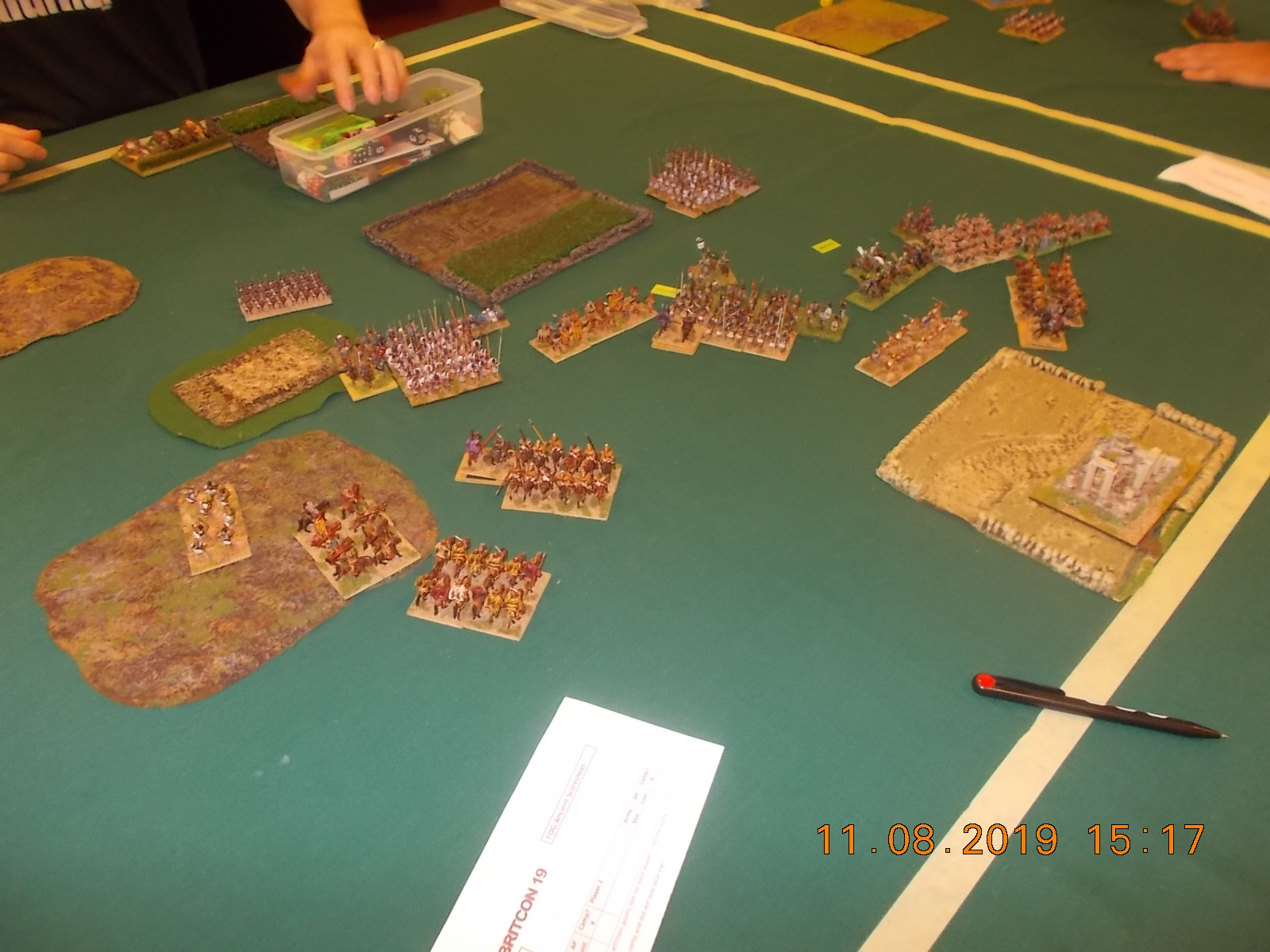 It’s always nice to end with a win and this would result in me being in 5th place – another 2 points and I would have been 3rd equal.

I had the balance of the luck in this game but if the impact foot fail to disrupt their opponents at impact they are in trouble vs pikes.

It had been another great Britcon weekend complete with dodgy curry and too much to drink on Saturday night. Looking forward to the next one already!!
Pete
Top

Re: Britcon 2019 Game 6 vs Later Carthaginians

At least the warbands fought against you, they ran away from me!
Top
Post Reply
2 posts • Page 1 of 1