It’s the 2nd Forged in Battle Team Challenge and we have a new theme – ‘Horsey Horsey’ with 850 AP of which at least 425 AP must be spent on cavalry or camelry with Bow, Xbow or Bow*.

I’m taking Yuan Chinese as I think it’s got lots of options but as with any ‘Swiss Army Knife’ army you have to get the right bits in the right place at the right time.

I won the initiative and chose Steppe. The terrain wasn’t too significant but Owain kindly put a hill on my side of the table and I also benefitted from a piece of Brush nearby. 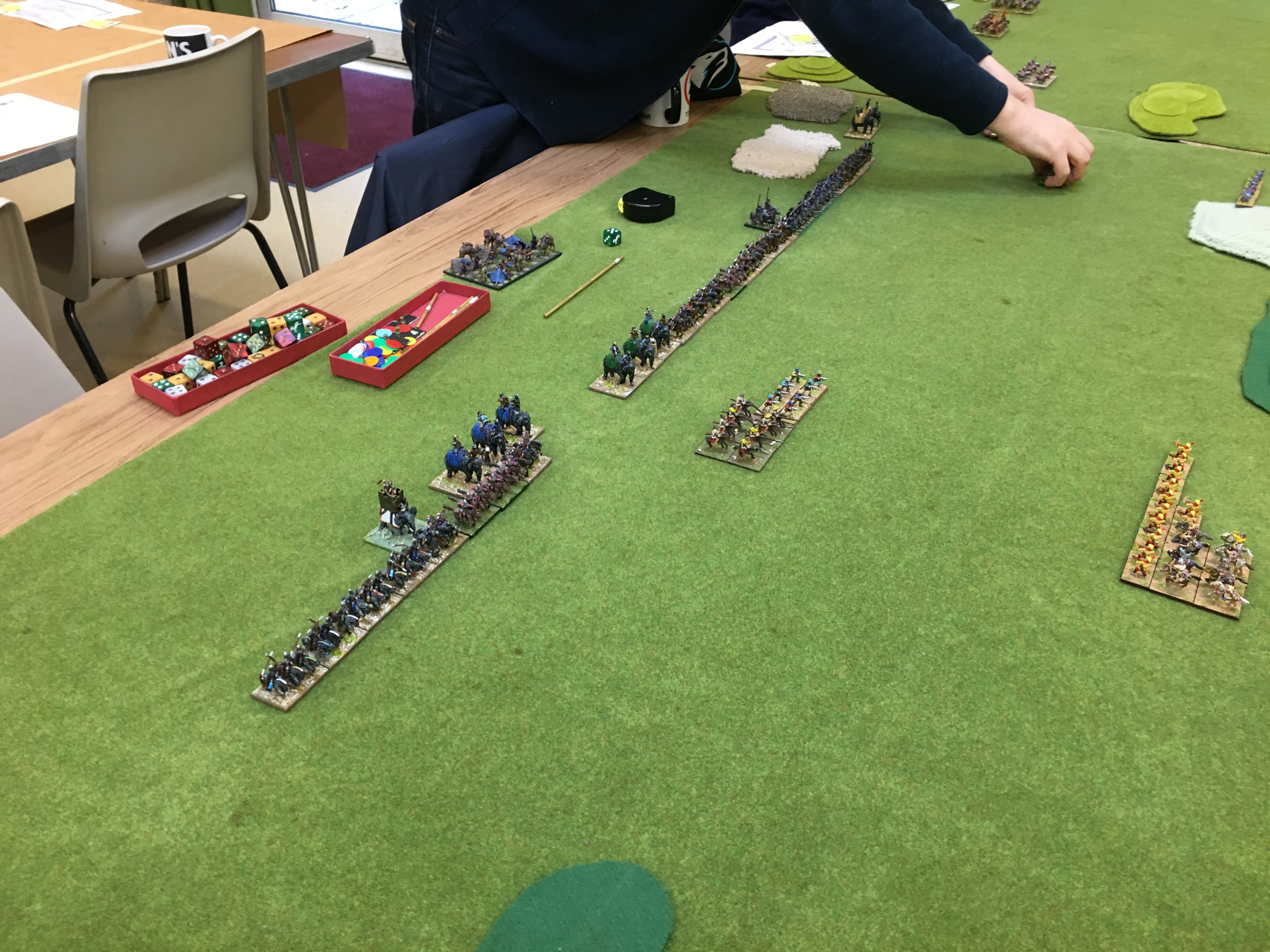 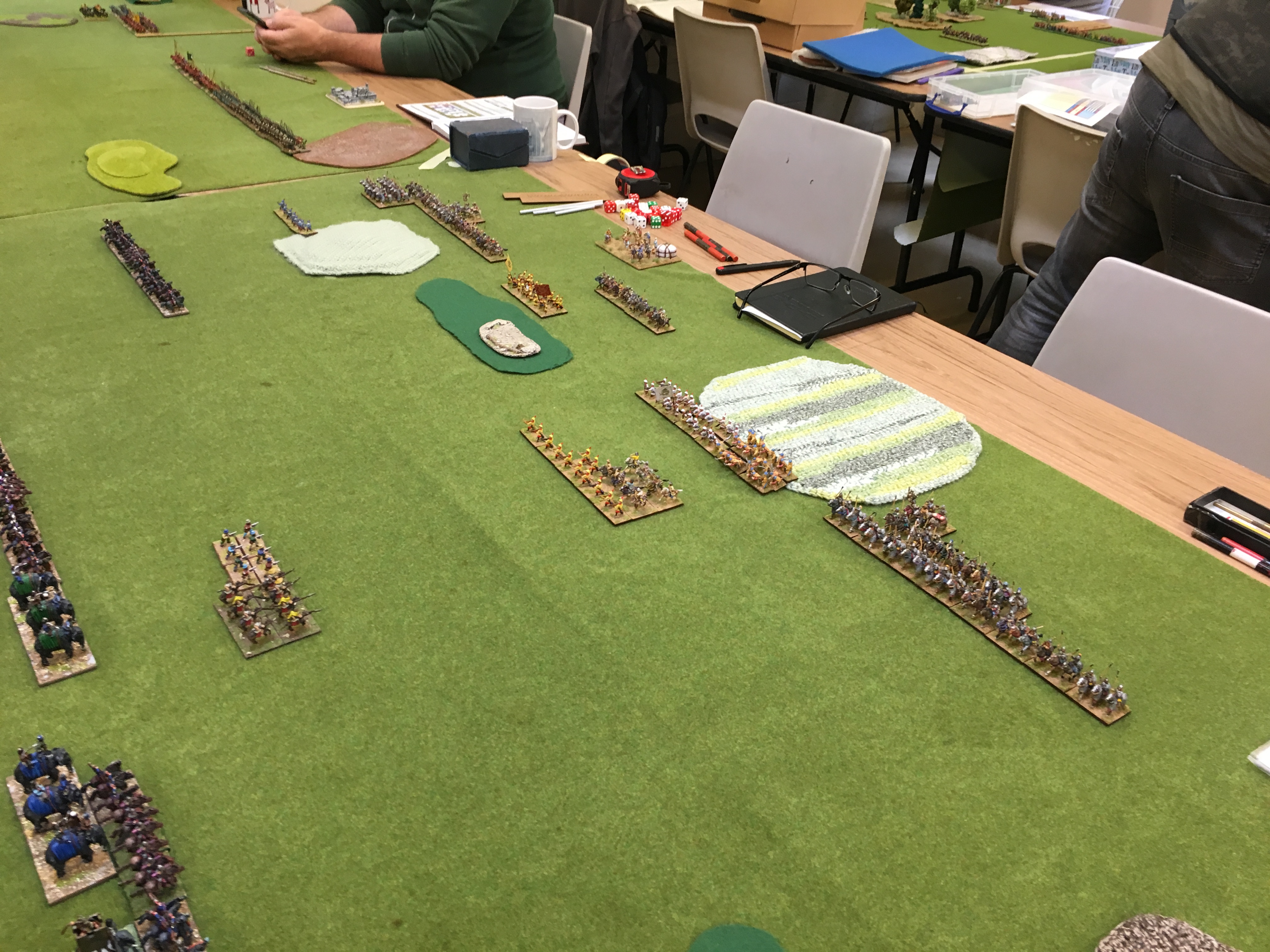 Owain moved first and wisely kept his Elephants back. They were spread out to provide multiple threats. I needed to get my Xbows and Polearms against Owain’s Elephants whilst bullying his cavalry with my Guard. In turn I needed to keep my protected cavalry from being pushed around by his more numerous armoured cavalry.

The Halbrdiers rush forward to engage the Elephants whilst on my right the hill will prove to be key. 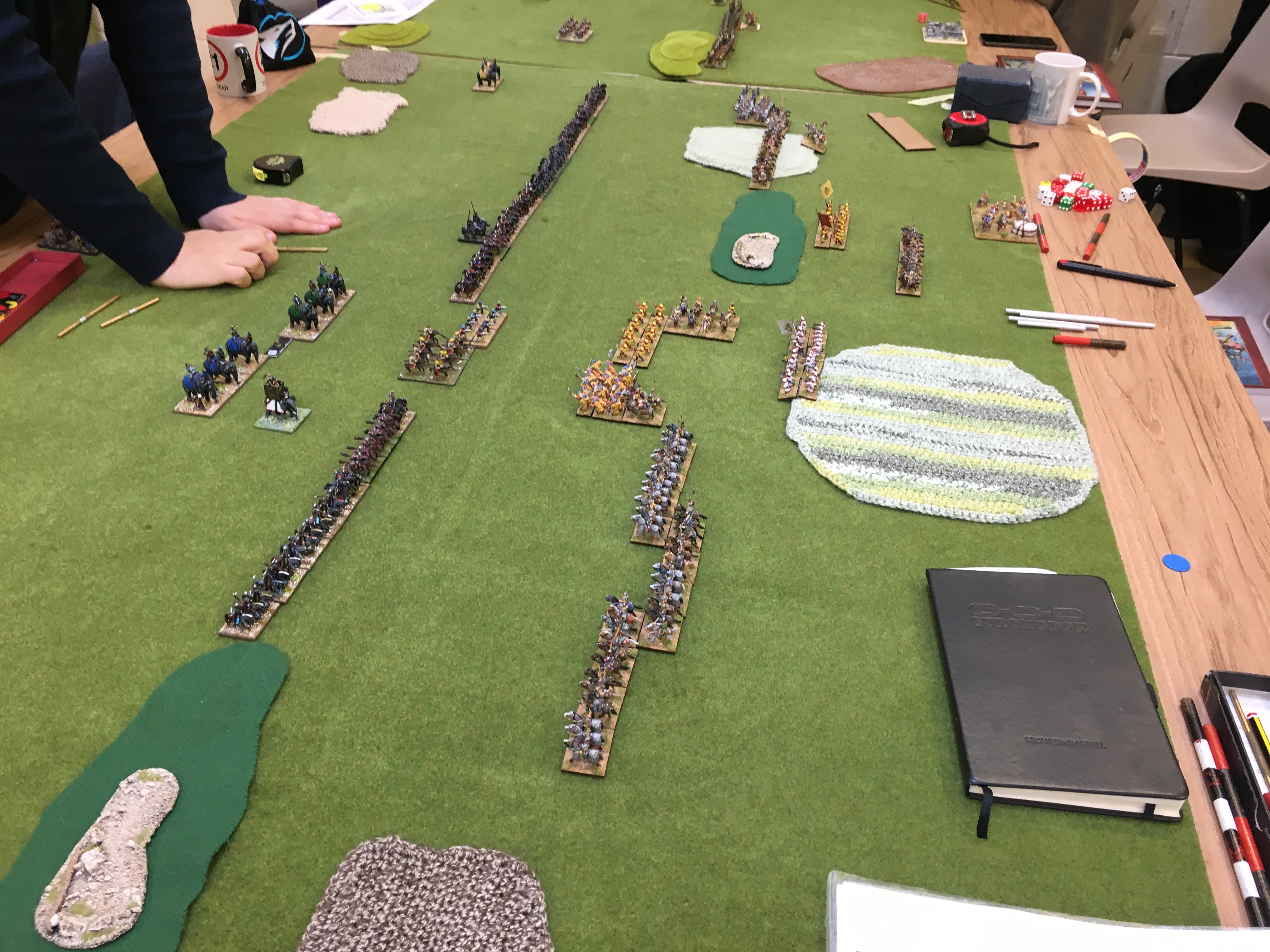 In the early exchanges of fire my LH disrupt but on my right Owain’s average BG loses a base and disrupts. 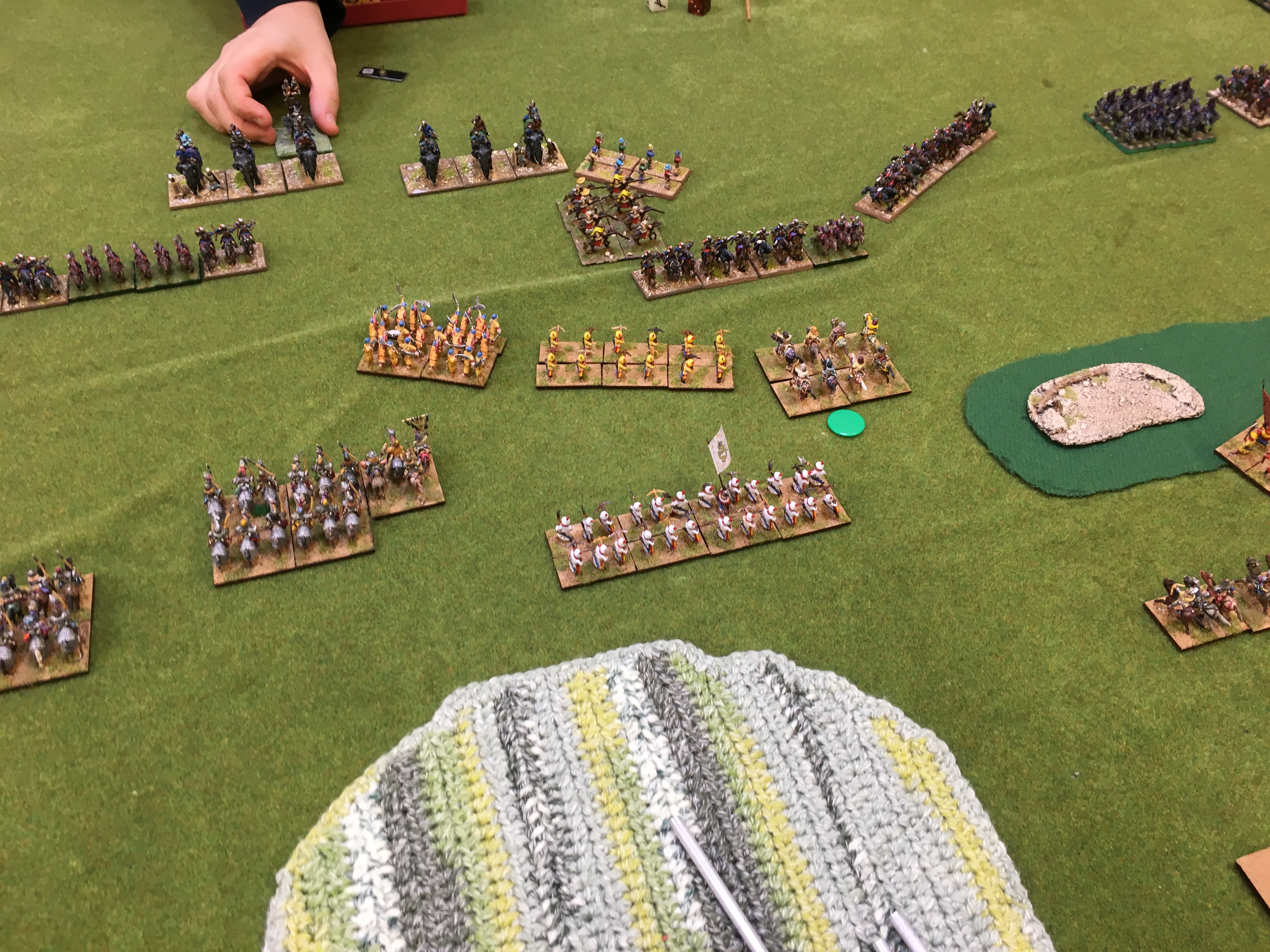 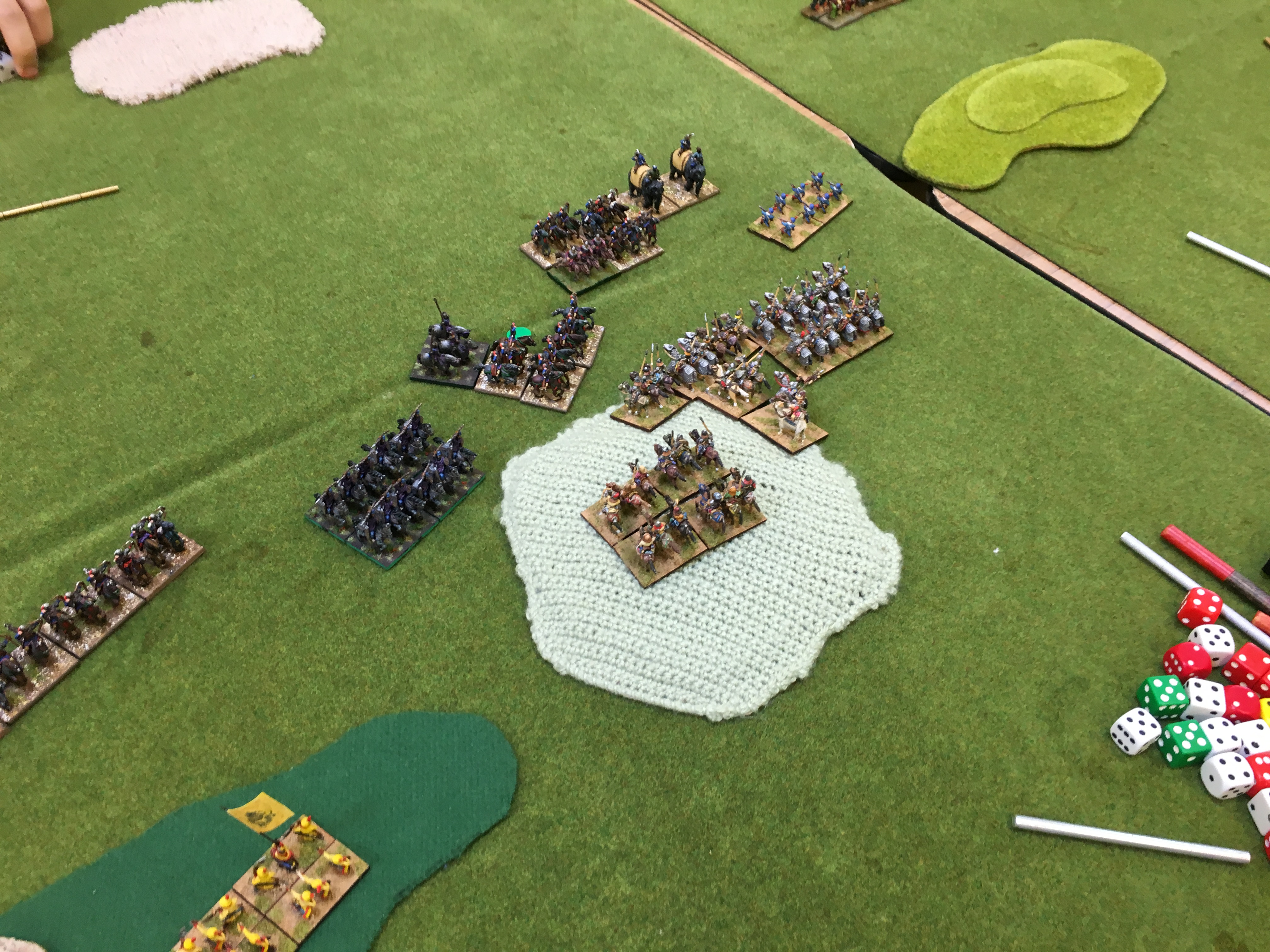 I was only partly successful in my plan and after a bit of maneuvering both my Guard appeared to be facing Elephants which was not what I’d intended. Fortunately 1 BG of Elephants are shot to disruption whilst another is engaged by my Halberdiers. On the right the firearms and Guard fail to dent the advancing Elephants.

At this point Owain charged uphill to take the pressure off his wavering cavalry but this uneven contest resulted in the loss of both BGs. 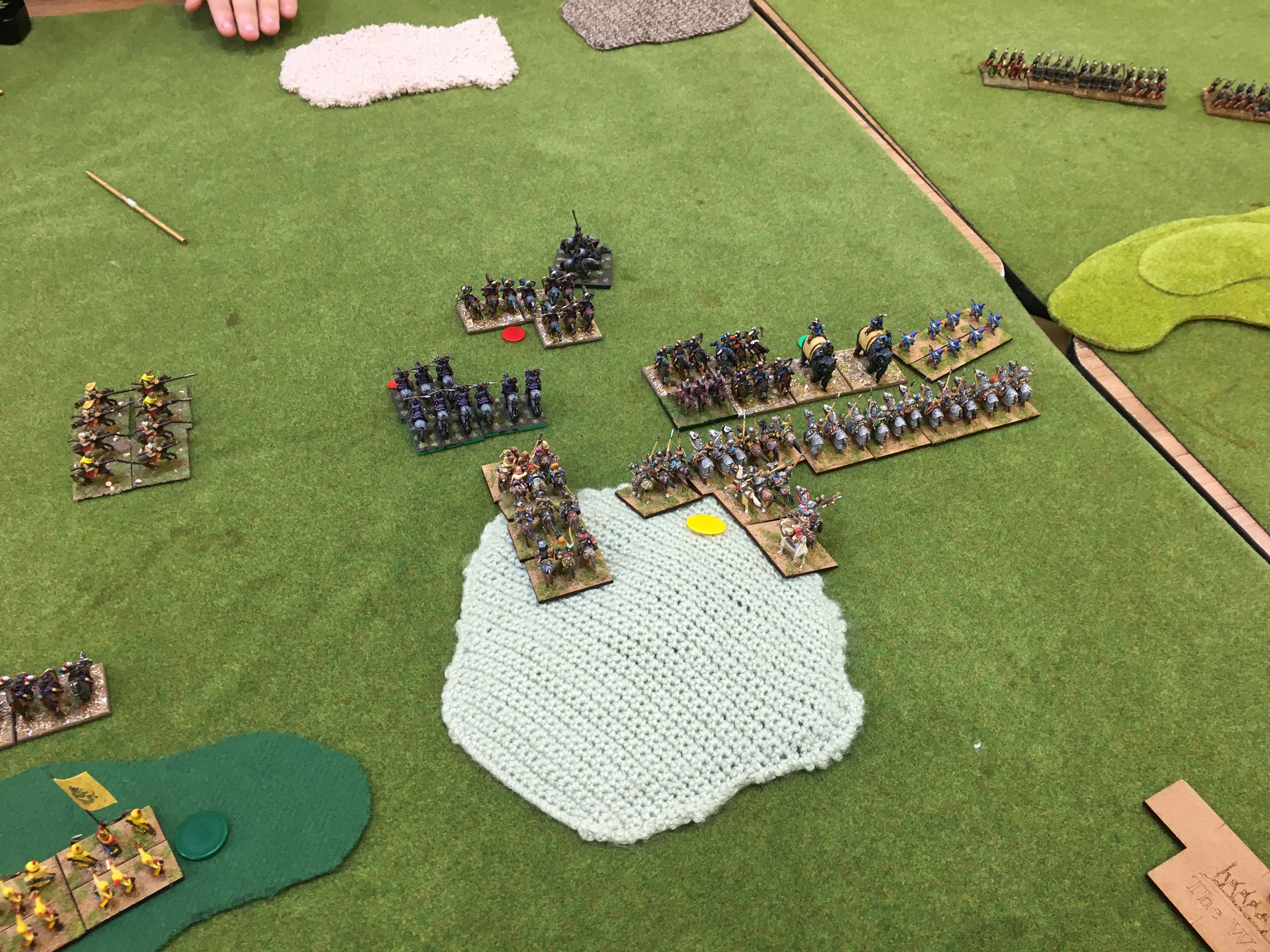 Parity was quickly restored however when the Elephants caught the Guard in their evade move and my other BG fragged to shooting and then routed.

Things were see-sawing in the centre as well. My MF and Owain’s cav are both shot to fragged. His handgunners have nowhere to run if only I can rally my MF. 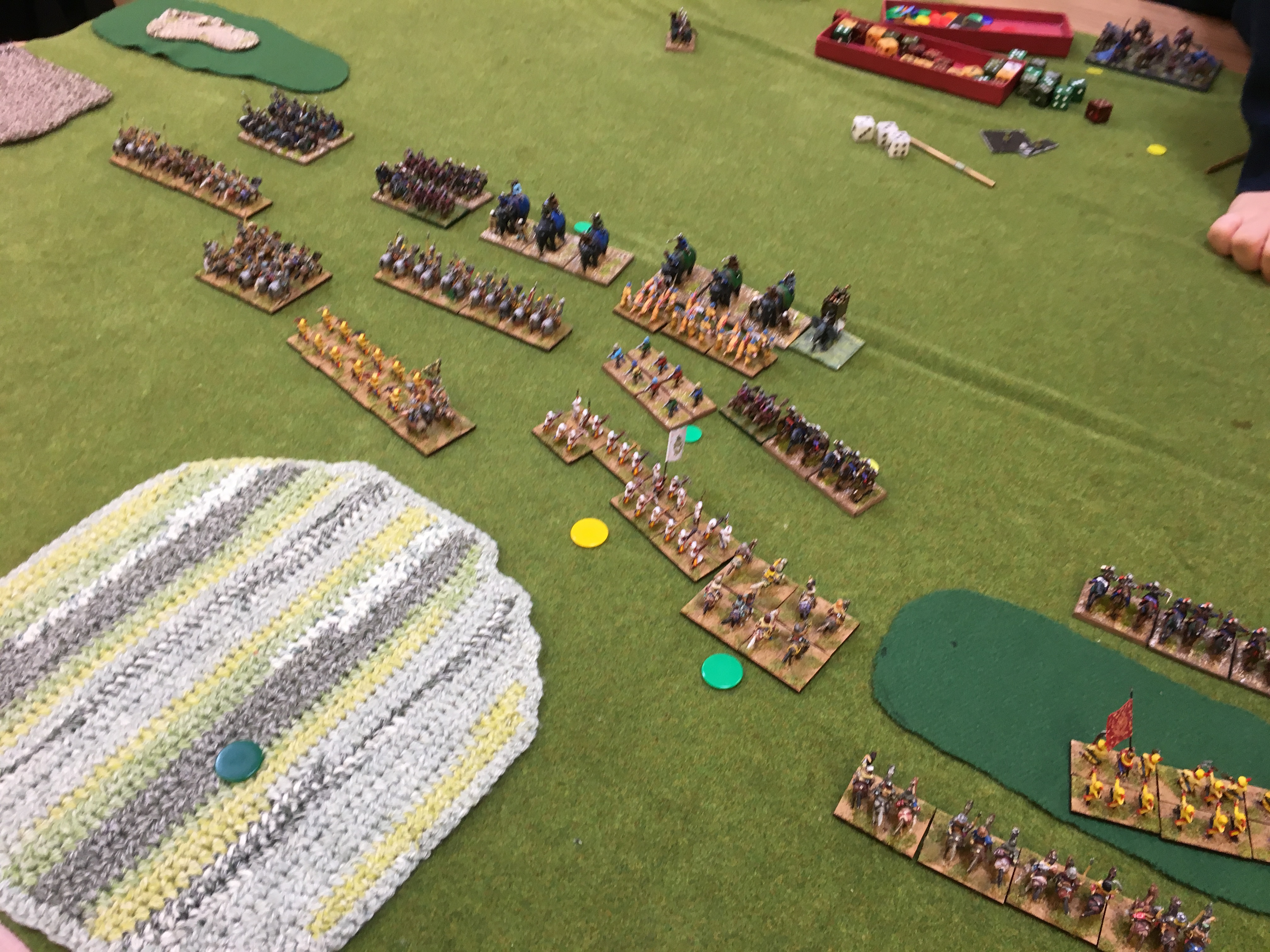 The disrupted Elephants failed to charge which left 1 cavalry BG charging 2 of mine. Good news thinks I but the dice have other plans. The Guard fail to hit and also fail to pass any of their next CTs so quickly rout. Not good. The Halberdiers are having a good time against the other Elephant BG who lose a base and frag. Fortunately my MF do rally and the LF have nowhere to go and are removed. 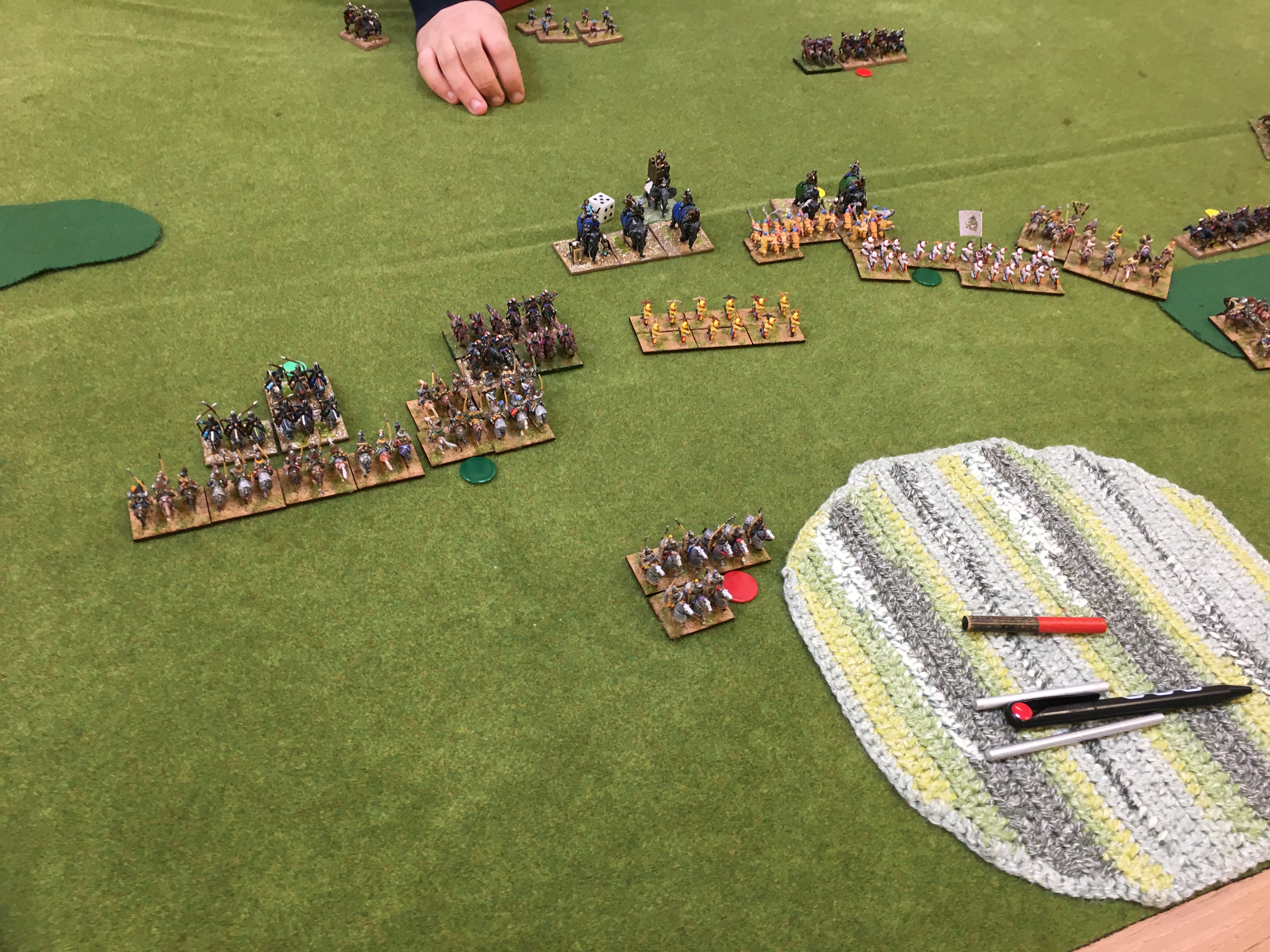 At this point I’ve lost 3 BGs but Owain has lost more. A couple more failed CTs and the Ghaznavids collapse to defeat.

So a good start for the Yuan but had Owain not charged up the hill it could have been a different result.
Pete
Top
Post Reply
1 post • Page 1 of 1