All the best,
Lunecastle
Top

An interesting battle in which I had to use 200% of my brain to block the huge forces attacking my left wing and at the same time manage to eliminate the centre of the enemy before my even weaker right wing would allow Huscarls and shieldwalls to pass.

The Cypriot medium wing defeated the Assyrian medium wing and that turned the battle for the center with the hoplites that was going the Assyrian way whilst the chariots swirled about on the other flank. Thanks for the game.
Top

A close fought battle that became who would reach 60% first. The Egyptian chariot wing decimated the Cypriot mounted wing and turned to the center. At the same time the Egyptian bowmen on the other flank fell back whilst peppered the advanced Cypriot line with arrows. The Cypriots patched together some reserves to hold off the chariots as the medium foot finally hit and started to rout the bowmen. Then it became who would flank the heavy infantry in the center first. A very close battle that could have gone either way. Thanks for the game.
Top

It was going very close but in the end my insane numbers of hoplite compensated well for lesser diversity in type, GG, cheers B! 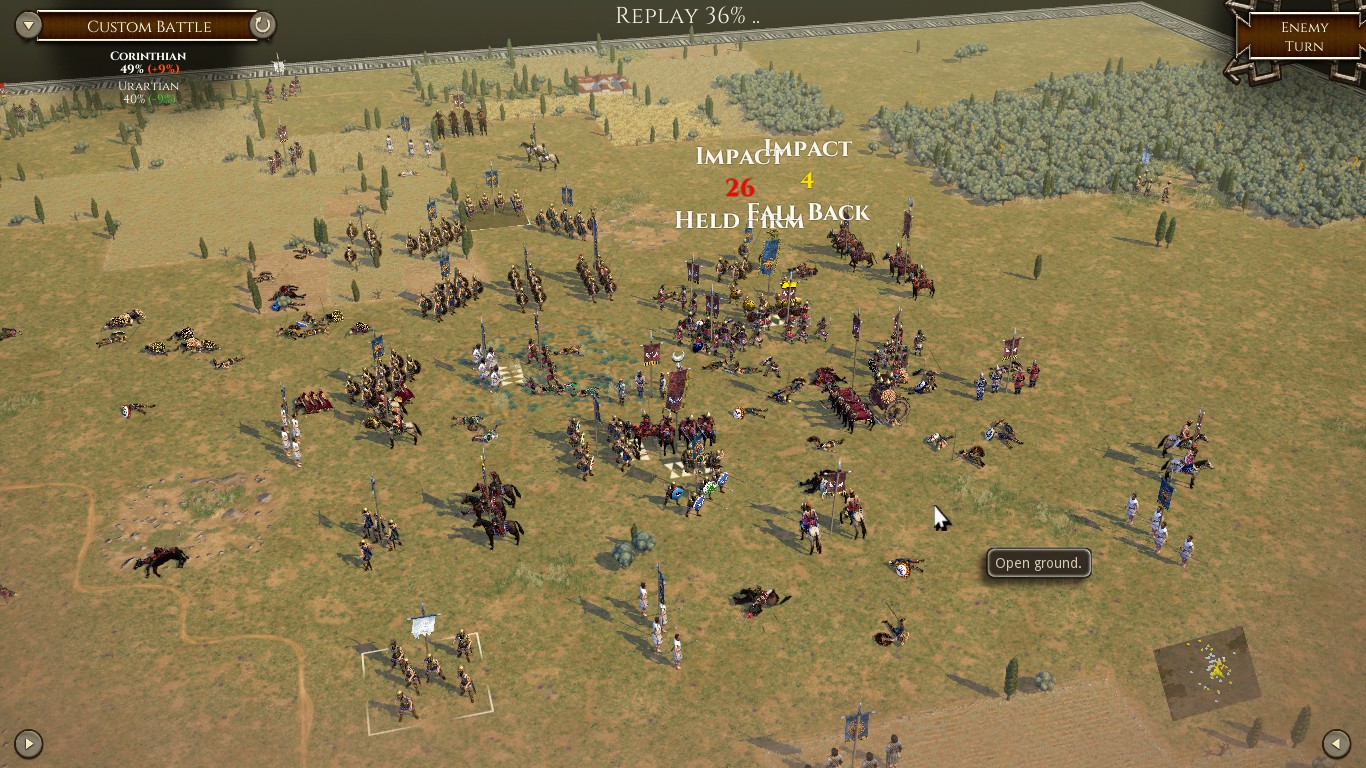 Weekly round-up
Nosy_Rat (Roman) is the early leader in Division A starting with 3 straight wins and he is being pursued by last season's champion Geffalrus (Macedonian) who has won his first 2 matches. Very quiet in Division B where both desertedfox (Greek) and IMC (Samnite) have started with 2 straight wins. oscarius (Seleucid) also has recovered from losing his first matches with consecutive wins. GDod (Indo-Greeks) has quickly stamped his authority on Division C with 4 straight wins, including a victory over second-placed Ulysisgrunt (Antigonid). General Shapur (Jewish) and Karvon (Numidian) have also started well with 2 wins from 3 starts. Division D is nearly two-thirds of the way through its fixtures after just 2 weeks! Swuul (Roman) is in the clubhouse after amassing 27 points from his 9 matches. The best-placed player to challenge that total is another newcomer Macedonczyk, who has won his first 3 matches, including a victory over Swuul. So he only needs to equal Swuul's total of 27 to win automatic promotion. The target is now for him to get 16 points from his remaining 6 matches. Also doing well this time is Rob123 (Hannibal in Africa), who seems to have recovered from his very difficult season last time to record 4 wins from 6 starts. bomber23 (Samnite) is also improving this season with 4 wins from 7, while at the bottom newcomer Spacemonkey76 (Gallic) recorded his first win in his seventh match to leave General Kostas (Carthaginian) at the foot of the table.

Division B - 7 out of 45 matches completed

These are good match completion rates, Division B is a little slow.

Player of the week
GDod (Division C) with 4 straight wins since the start of the tournament.

In Division D
SawyerK (Kingdom of Soisson/Germanic Foot) has issued a challenge to MikeMarchant (Roman/Arab). Password sent by PM.
Top

Thanks for the game
Top

Good battle with a tough second half. gg
Look back over the past, with its changing empires that rose and fell, and you can foresee the future, too. M.A.
Top