Thanks for a good game.

Thanks to Blagrot for a fun match.
Top

Romans initially suffered in the skirmishing. But managed to get the upper hand in the subsequent hand to hand fighting. Score does not really do justice to what felt like a much closer game for most of the battle.

Thanks for the game random27!

The map had a small stream running through the center. On each side of the stream there was rough patches, which the Danes chose to ignore as they had no proper medium infantry available. Despite having quality superiority and (if light cavalry is ignored) numerical advantage in cavalry the Danes quickly lost the cavalry skirmish on the british left, mainly because the british light horses were able to first Disrupt with javelin volleys, and then getting the danish cavalry stuck in melee in the stream. Thus when the three british cavalry charged the disrupted danish cavalry in their flanks, the Danish cavalry broke and ran away. The british cavalry then started to roll up the danish line with flank and rear charges. On the british right the Brythonic infantry ran around the Danish line, and started to roll up the Danes. In center a couple Brythonic got through the rough terrain before the danes were able to plug the gap, and then started to roll left and right. In the line-fight the british spearmen were no match for the danish Huscarls, but the line held long enough to see the flank rollers accomplish their task.
This match was in that sense rare, that there were in all three routed units who rallied during the match. Two british and one danish rallied before legging off the field, though none of them were able to take further part in the battle.
Thank you for the match Doyely50, and good luck in your remaining matches!

Screenshot of the end-situation:
https://i.imgur.com/3QkEN6O.jpg
There are three kinds of people, those who can count and those who can't.
Top

Screenshot from the middle of the battle 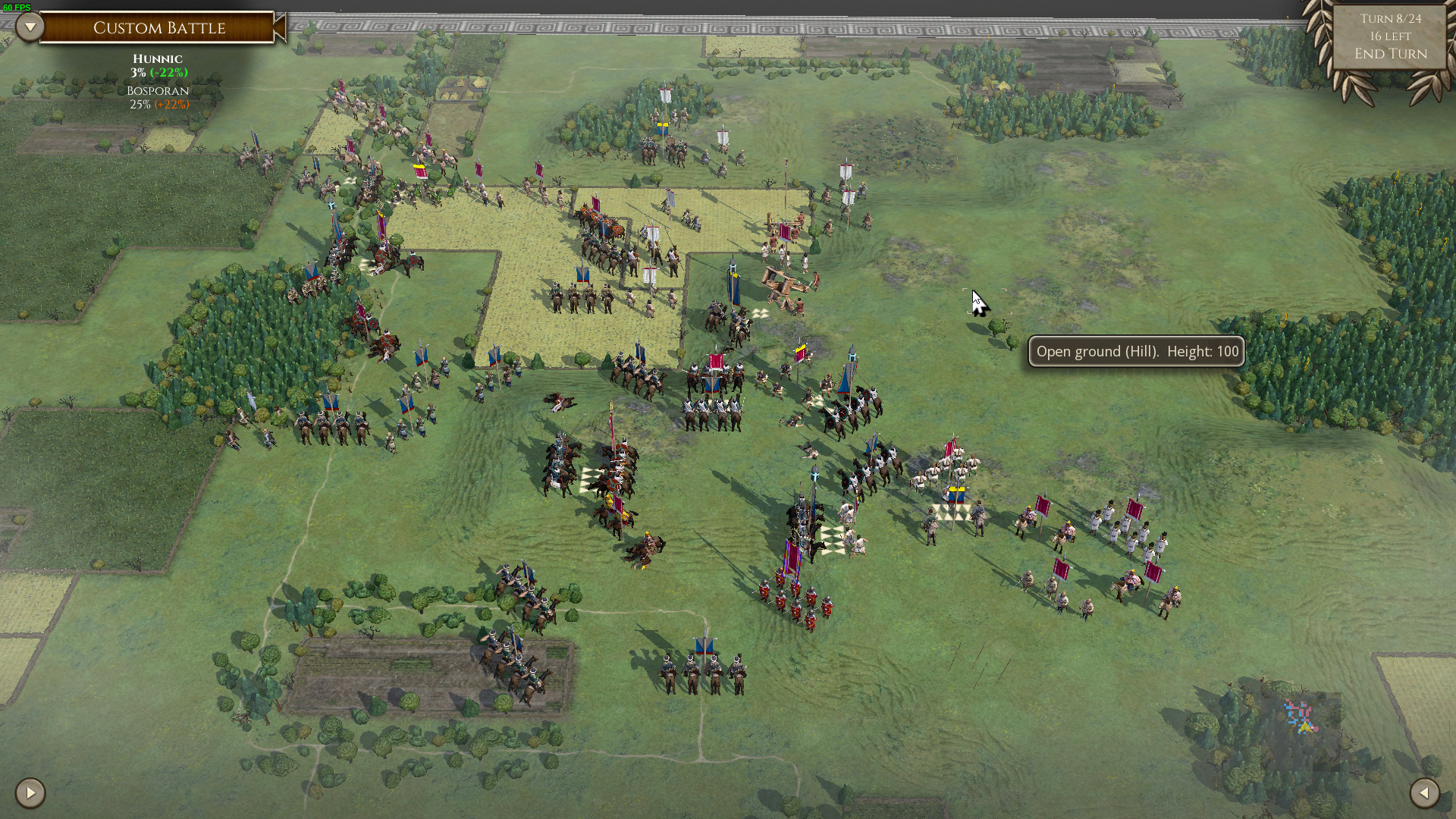 Challenge posted for paulmcneil's Skythians vs my Achaemenids, password paulmcneil.

Challenge posted for IMC's Britons against my Bosporans, password IMCIMC.

Close game. Both sides had a flank turned and the race was on. Hannibal's veteran spearmen with captured Roman armour were troublesome as usual.
Top
Post Reply
17786 posts