Is this supposed to happen?

Is this supposed to happen? 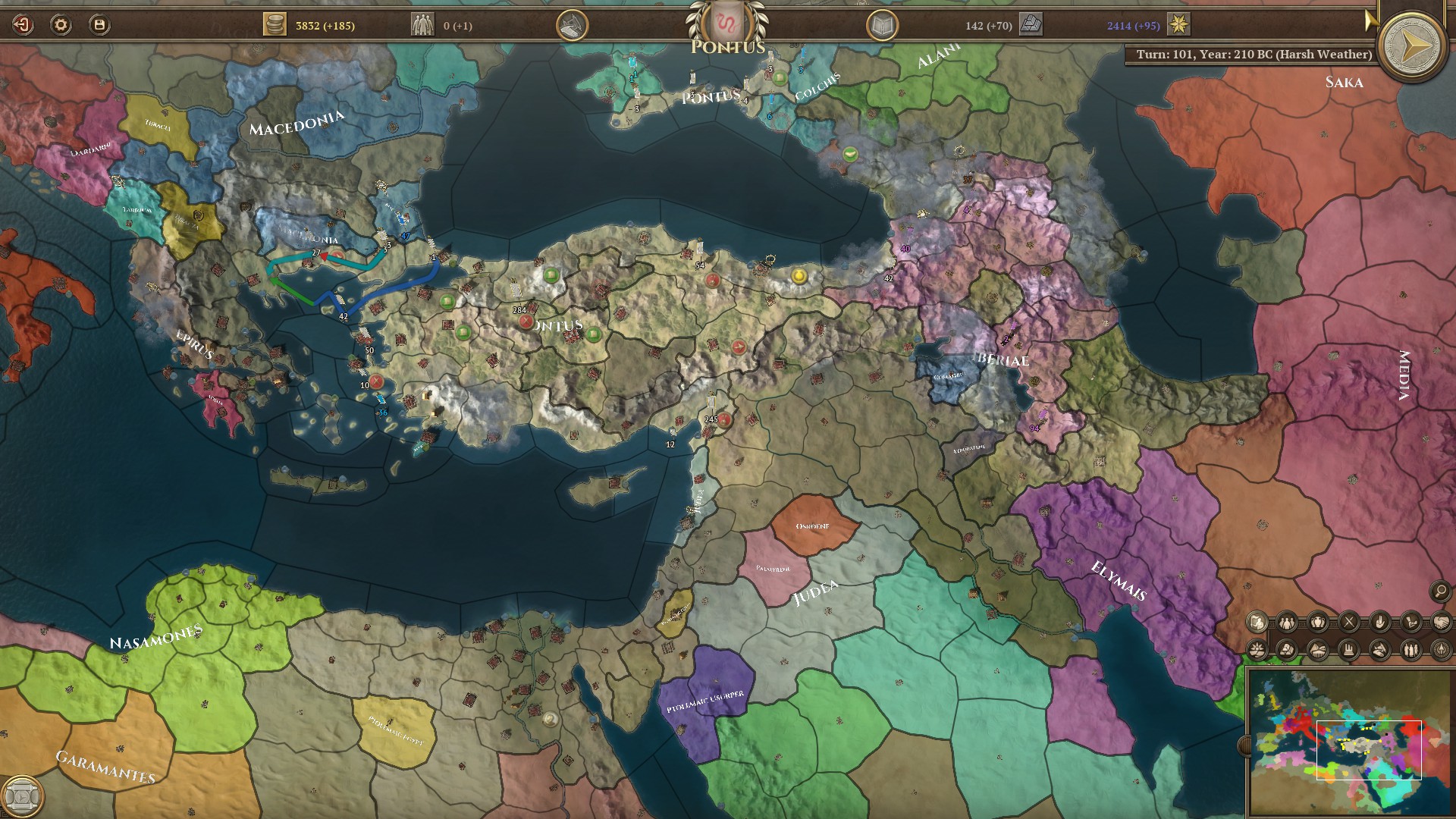 I apologize for my poor english, is not my native language.

In my Pontus campaign , the Antigonus empire was the biggest power in the world. It was in war with many and was defeating all of them. Egypt and Greece was conquered by them, so i decide that the only way i could get sucess on my campaign was to attack them. With this started a long and bloody war against them , and i must say the game was quite challenging and interesting but suddenly in the last turn one rebel army conquered their capital in Egypt and now suddenly the Antigonus Empire is gone and now i am surrounded by many rebel provinces. And so now the game become to easy and i lost my interest

Why the biggest empire vanished in one turn? Wouldn't be a lot interest if they kept some regions , and other regions revolted and started new nations ?

By the way i want to add , that before the war i made alliance with Iberia and i improve my relations with them to above 50. This way they joined my war against Antigonus, however they never attacked them. At first i thought the reason was they were busy fighting Armenia, but after Armenia was destroyed they still refuse to take arms against the Antigonus. Strange.

Could the devs improve this situation and make some nations reborn or make new factions appear when a a big empire is destroyed? Thank you.
Top

yes, its meant to happen, its the Diadochi mechanics - 7.7 of the manual

Historically that kind of collapse could and indeed did occur and sometimes suddenly. Consider as an extreme example the Late Bronze Age Collapse or the Fall of the Western Roman Empire. The way Alexander the Great's Empire broke apart into the Successor States. In recent history the break up of the Soviet Union. Hence the collapse of an in game empire in the way you describe is actually very historical.


In my campaign the Seleucid empire broke up in just this way under pressure from the Mauryan Empire and elsewhere into a number of smaller and sometimes quite powerful successor states arising out of the rubble. Much like what happened after the Late Bronze Age Collapse the Fall of Assyria, the Fall of the Western Roman Empire. We gradually see a process in which new states are born, fight for local domination and perhaps form their own kingdoms one of which might eventually grow into a new Empire.


From what I have seen so far this game seems to model these historical processes rather well. Of course, if it is your empire that collapsed or you simply want a change you have the option to change to a new faction and let the history continue to uphold. Perhaps you decide to try your hand as a tribal leader or as the ruler of a newly emerged successor state, Or as the ruler of a great empire. It is all up to you

Oh i see. Let's hope if i see new neighbours then.
Top

I'm in a couple of multiplayer games right now. It will be interesting to see if this happens to human players if they don't run their empires properly.

BTW, looking for 2 more players for a daily game. Game is called DailyGrind and password is 2424 - we have a Discord channel setup for communications.
Top

Just happened to me as well vs the world leading Antiochus, who then disappeared when their capital randomly fell. Hilarious. And yes, new factions emerged to take their spot, including the return of a new Ptolemaic Empire. Such a cool mechanic.
Top

as a player you get a reduced form of this. As old/decadent you get the issue of your border regions opting to join a better run state, but you take the normal route of decadent-civil war - mature rather than get removed from the game.
Top

This should be able to happen, but currently it happens too often and too quickly.
Top 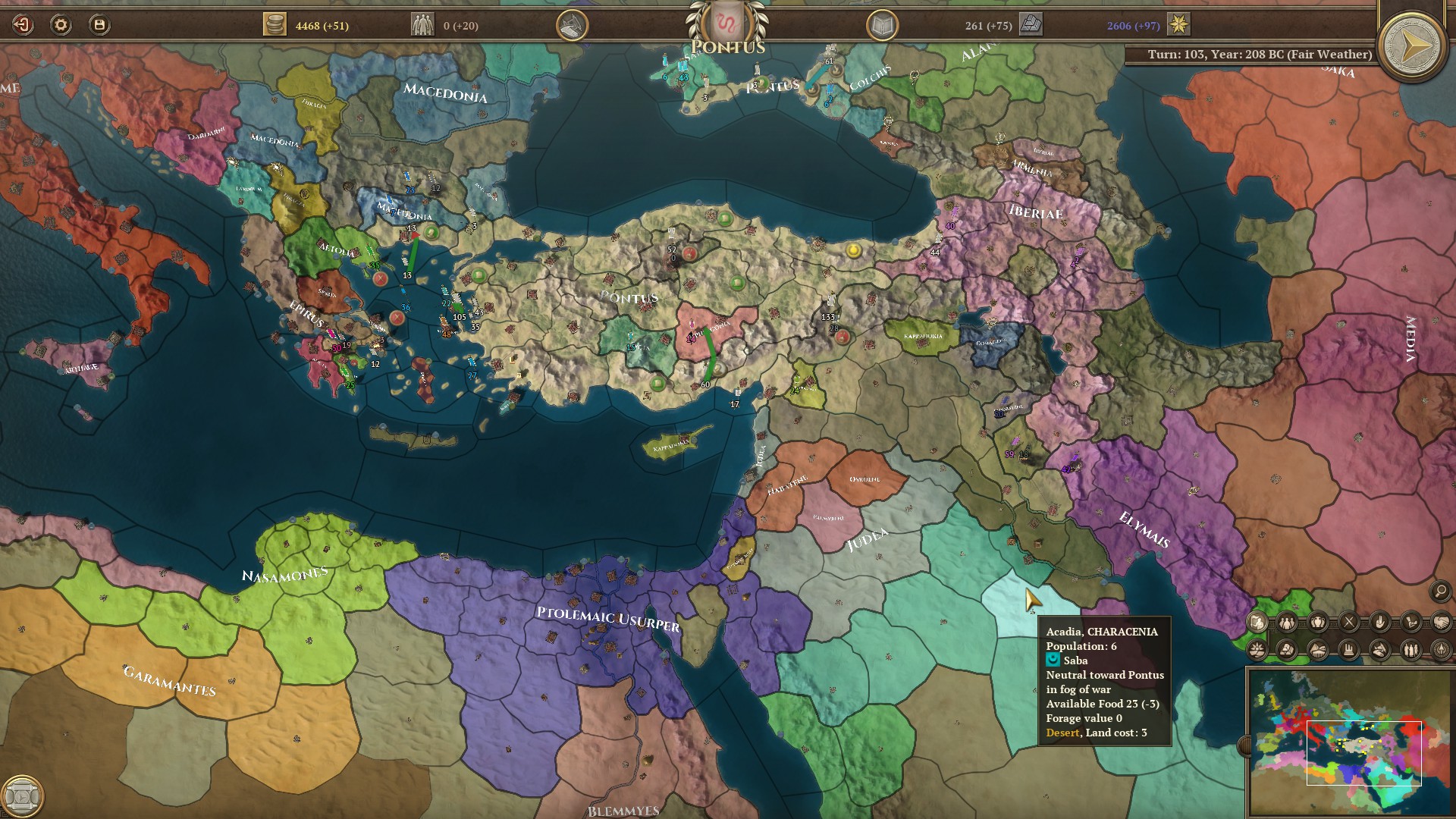 And after 2 years new nations appeared on the map

I have to say, I'm surprised by this. What seemed to be the beginning of a boring game, with the fact that new nations appear has been able to keep me challenged and entertained. It just got strange where Sparta reappeared. . Congratulations to the devs for these mechanics.
Top
Post Reply
9 posts • Page 1 of 1