Red Storm is available now and is the third and final DLC in the Soviet Trilogy for Order of Battle: World War II franchise. The new expansion covers the battles of the Red Army from 1943 to 1945.

The campaign begins with the fierce tank battle near Prokhorovka during Operation Citadel which was the last grand German summer offensive on the Eastern Front in mid-1943. The failure of Operation Citadel led the Red Army to be almost always on the offensive after. The ultimate goal of this campaign, therefore, is the defeat of the Third Reich in the Battle of Berlin.

You will now be able to purchase light Ba-64 armored cars, devastating BM-31 Katyusha rocket launchers or hard-hitting 100mm anti-tank guns. Improve your air forces with the agile Yak-3, the heavily armed Yak-9T and the more advanced Yak-9U as well as the improved medium Tu-2 and heavy Yer-2 bombers.

It is not just the allies getting new equipment, however, as the enemy is also fielding brand new equipment: the Germans now deploy their deadly 8.8cm Pak 43 as well as the nimble Pzkw II Luchs and new He-162 jet fighters in 1945. Their Hungarian allies will also field Turan tanks, Zrinyi SP guns as well as the Bf-109 and Me-210 aircraft. 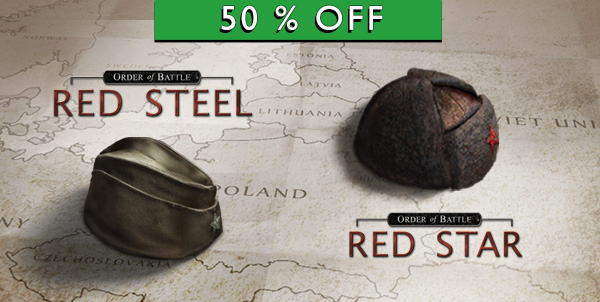 If you want to see the new units in action, don't miss the stream later today, at 6 PM BST.  Don’t forget that you can also sign up for the up and coming Eastern Front Tournament! All you need to do is opt in here and own at least one Order of Battle DLC.
Top
Post Reply
1 post • Page 1 of 1