Custom battle. The smallest map and forces.
Level 3/6 (Legate).
Type of terrain: I think it was Mediterranean Hills. 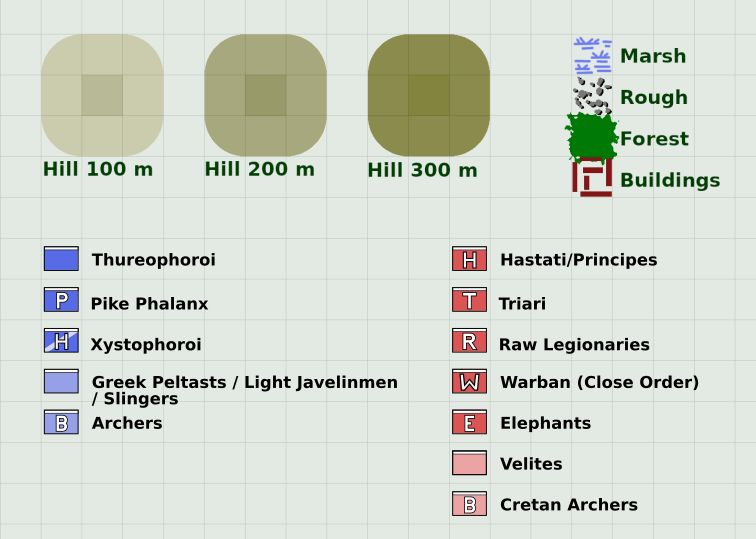 Beginning of 02 turn (after the first AI move)

My plan is to defend on the marshes with my medium foot infantry. I will try to make as many damage as possible to Roman skirmishers. 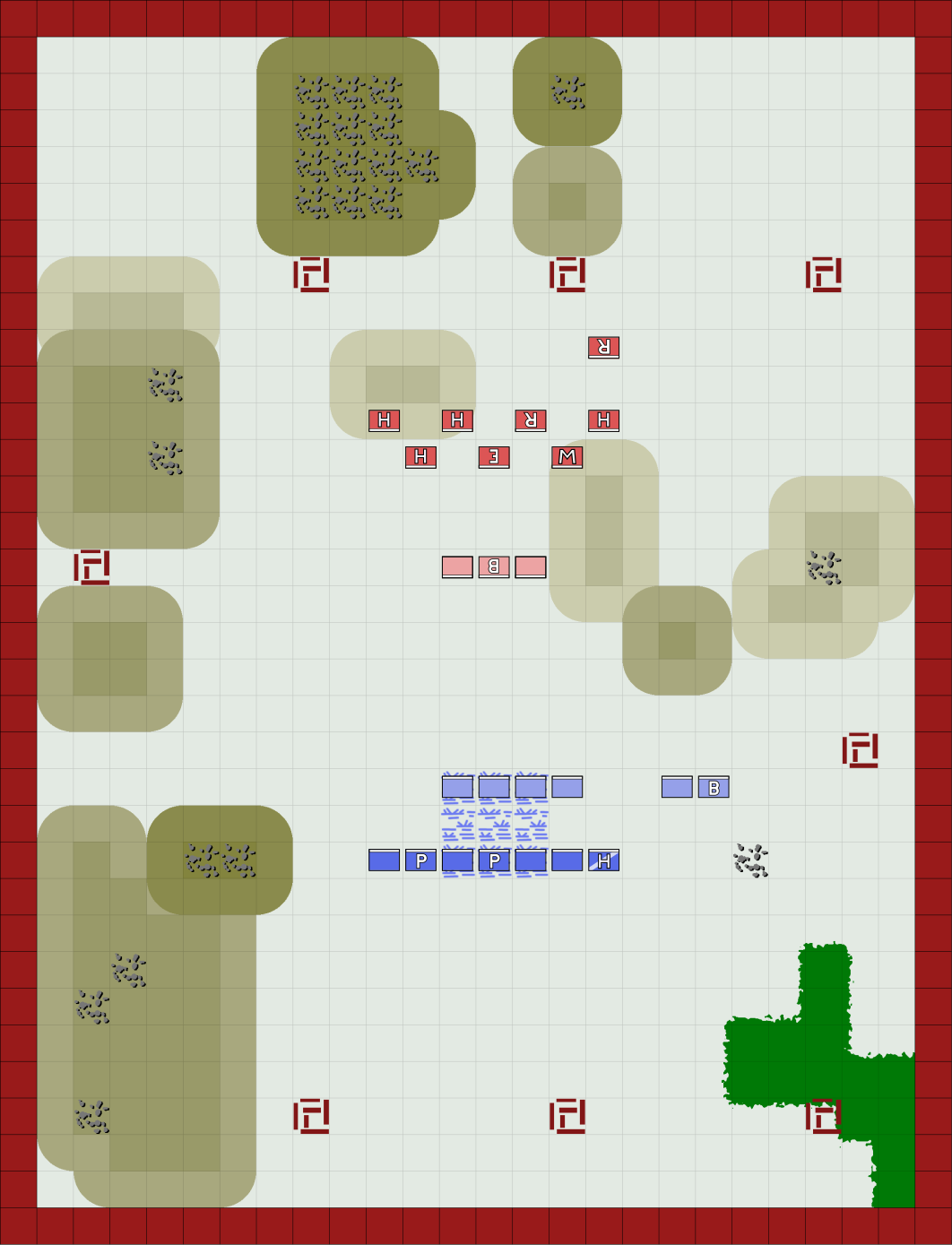 The AI try to fight with my skirmishers. My lancers were to bold with pursuing after evading velites. 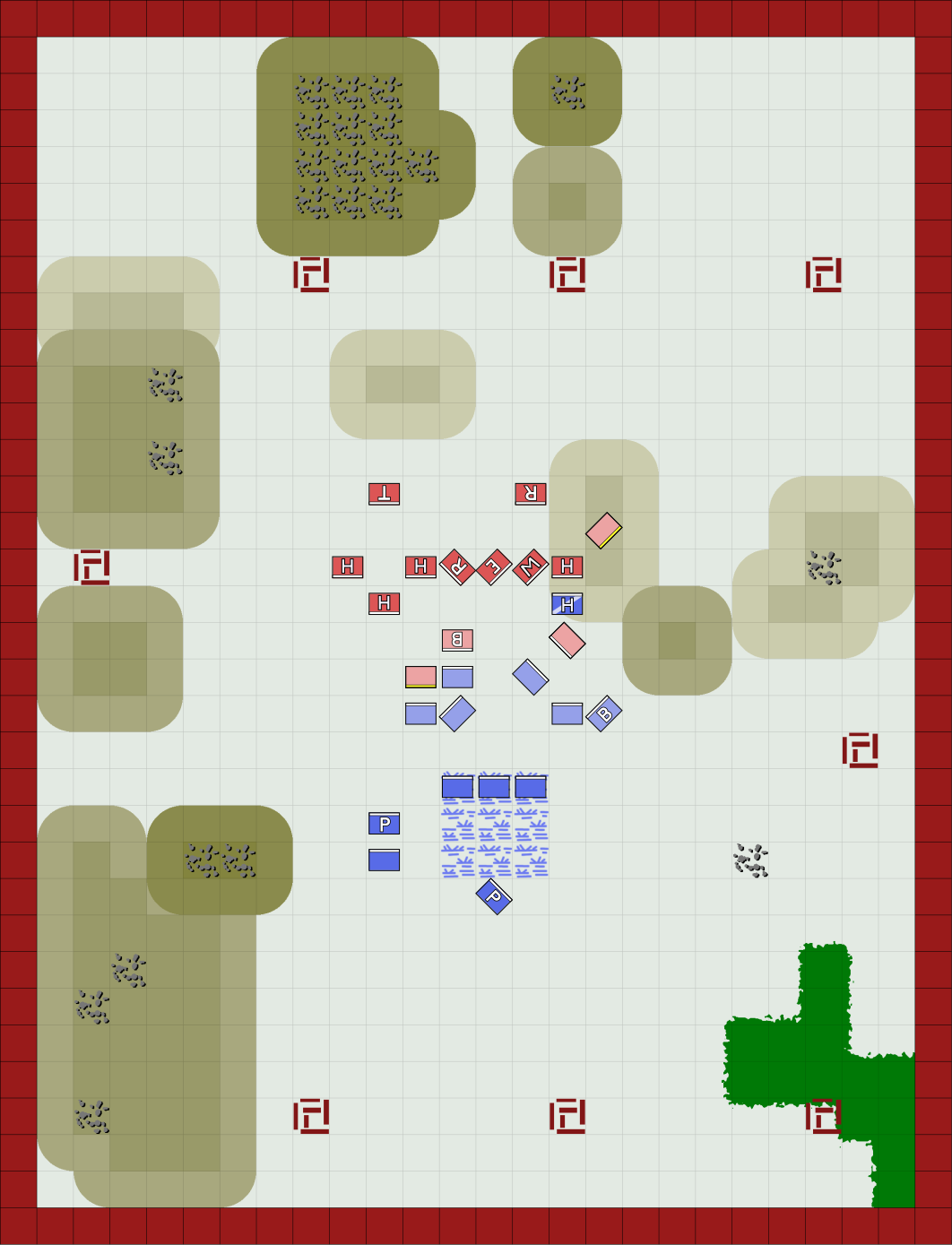 The lancers have successfully withdrawn from melee and then they charged and broke some softened velites. They ended behind the enemy line. The AI turned too many of its units back. 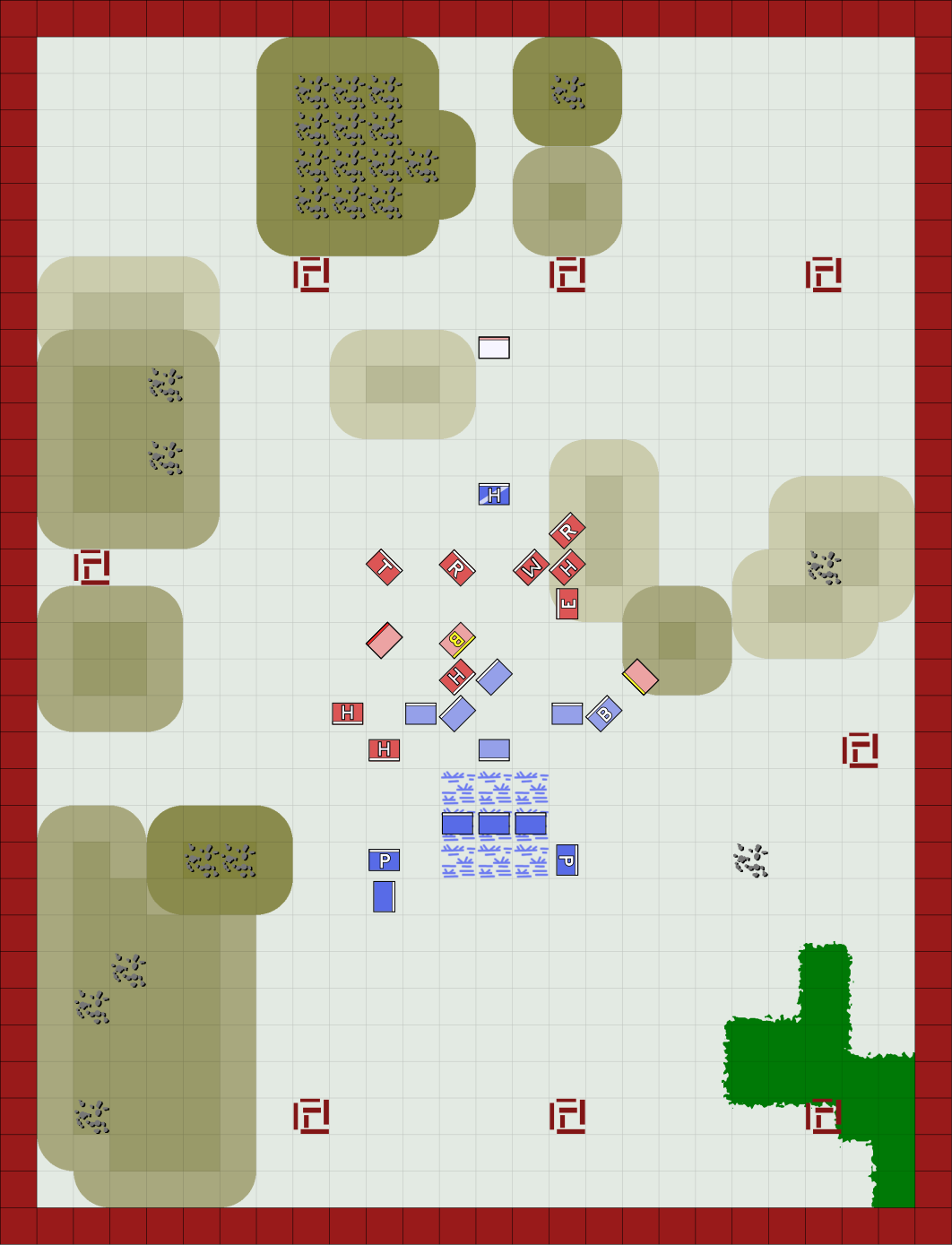 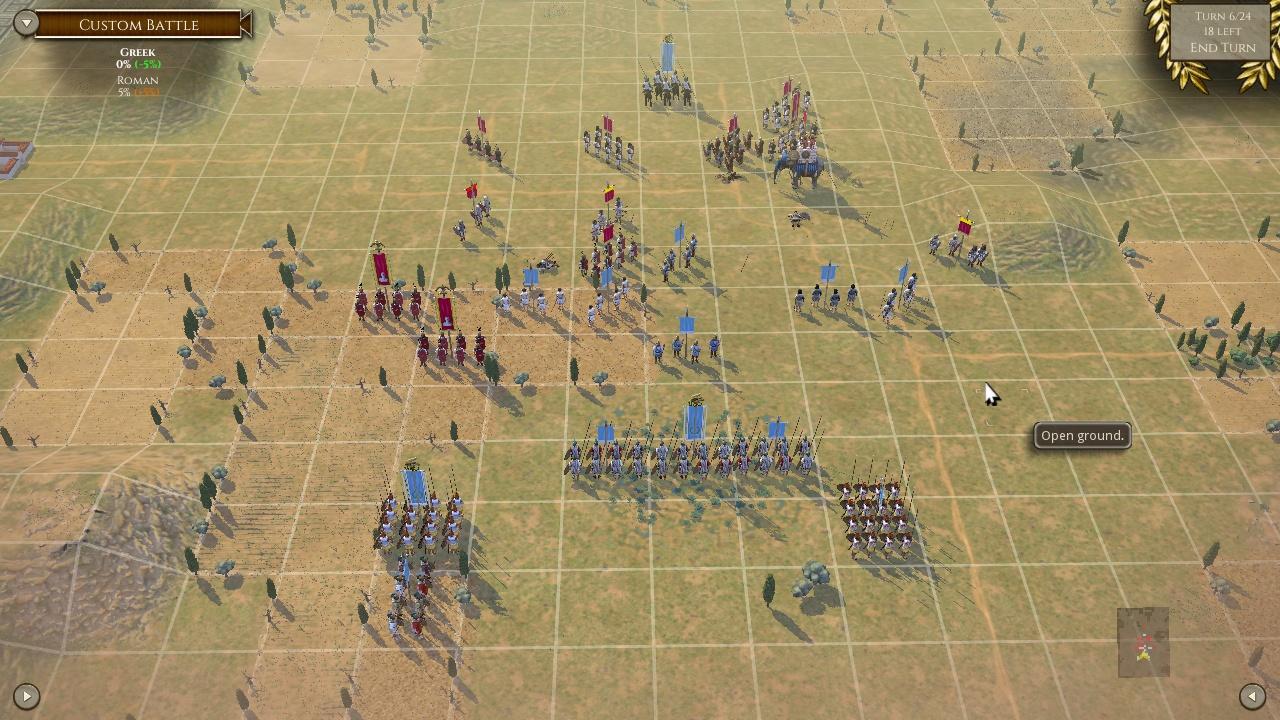 Almost all Roman skirmishers are gone. The AI has scattered his forces too much. 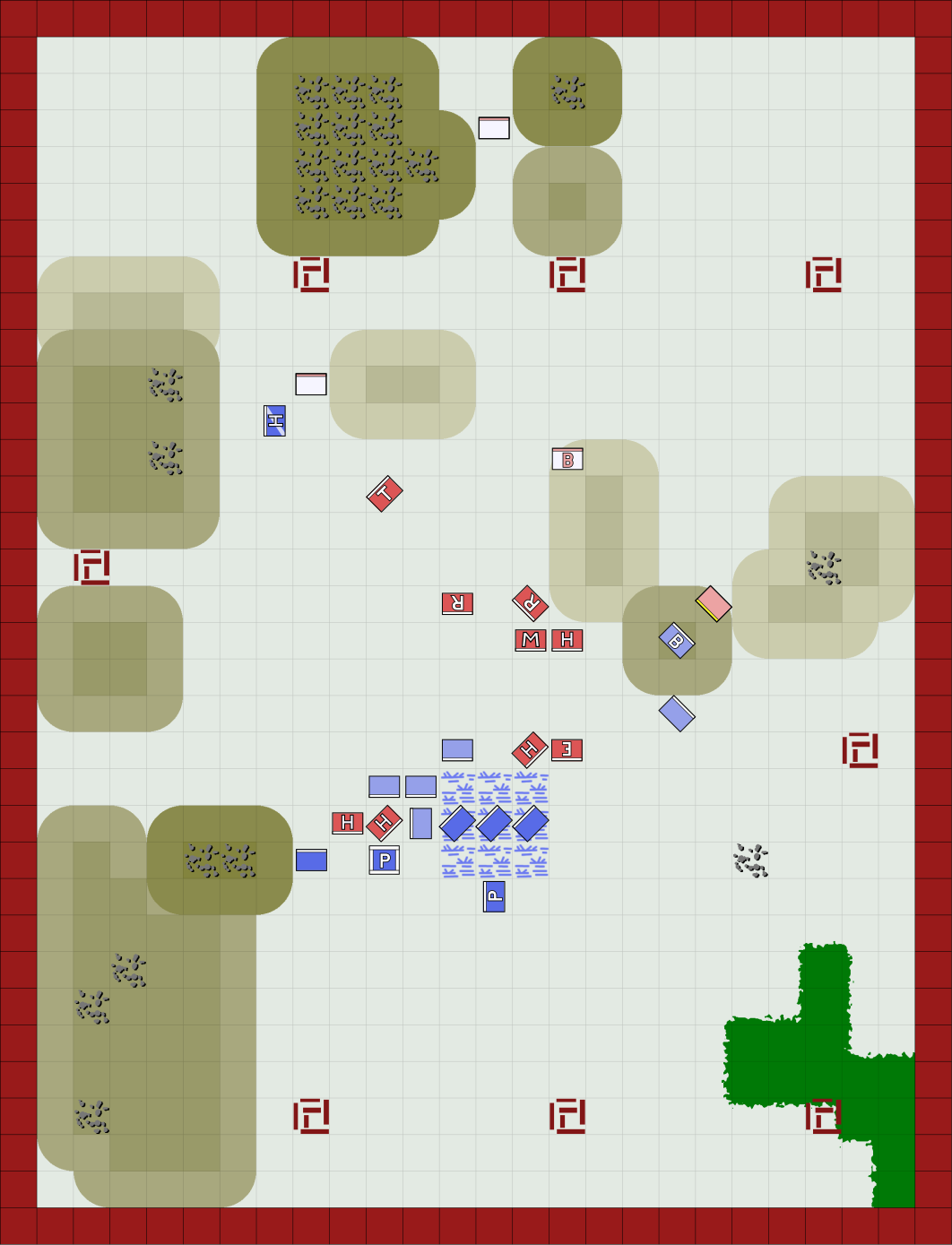 It's still going bad for the AI. 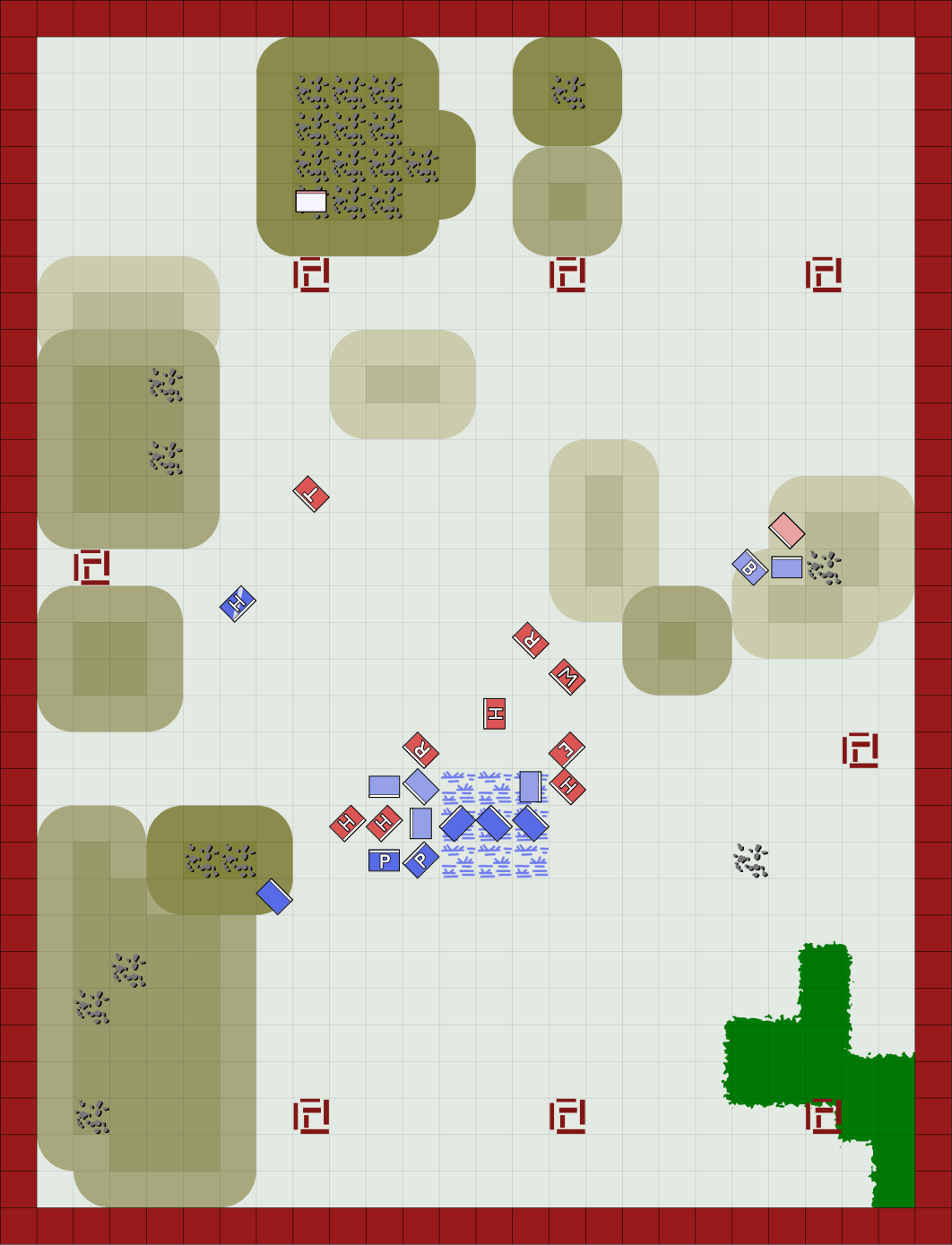 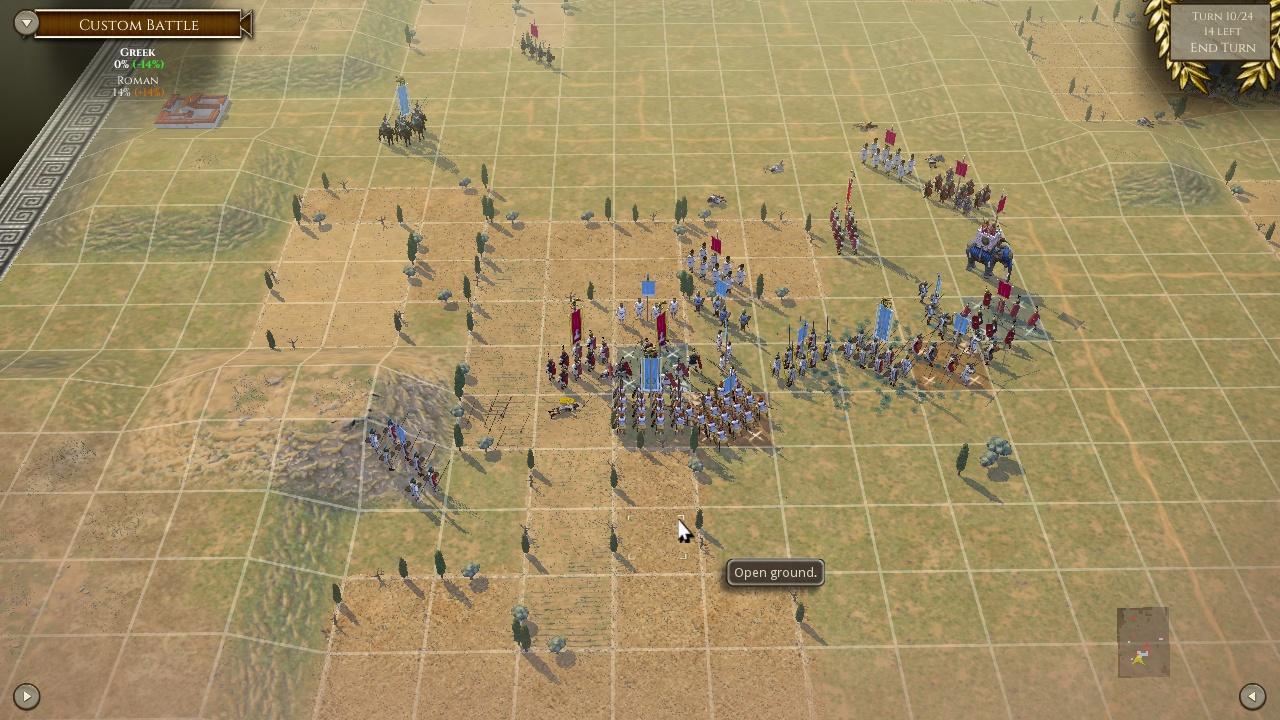 One of Roman Raw Legionaries is out. The two separated Roman cohorts took a lot of damage from my pikes. One of their sub-general was killed there. 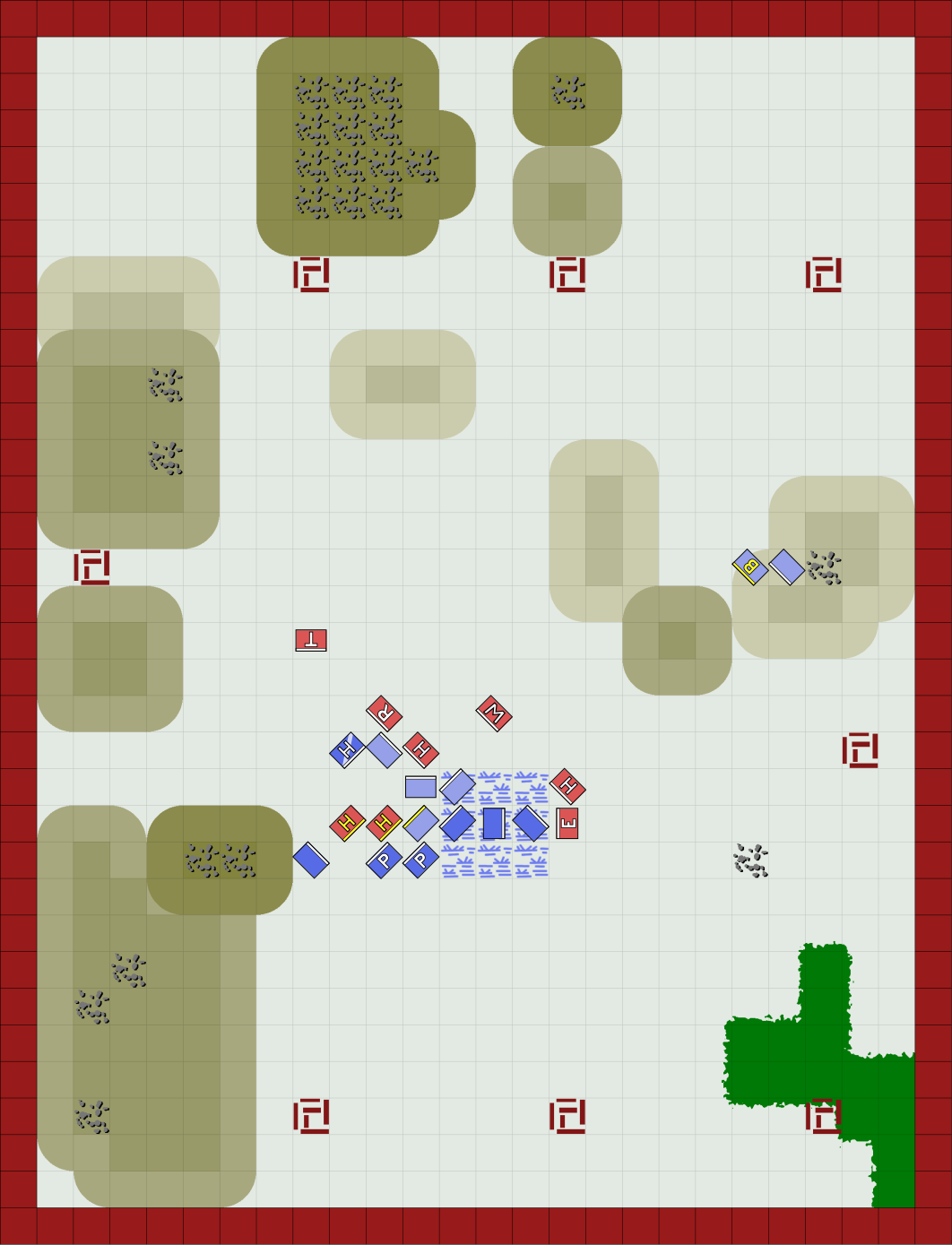 The battle is over. 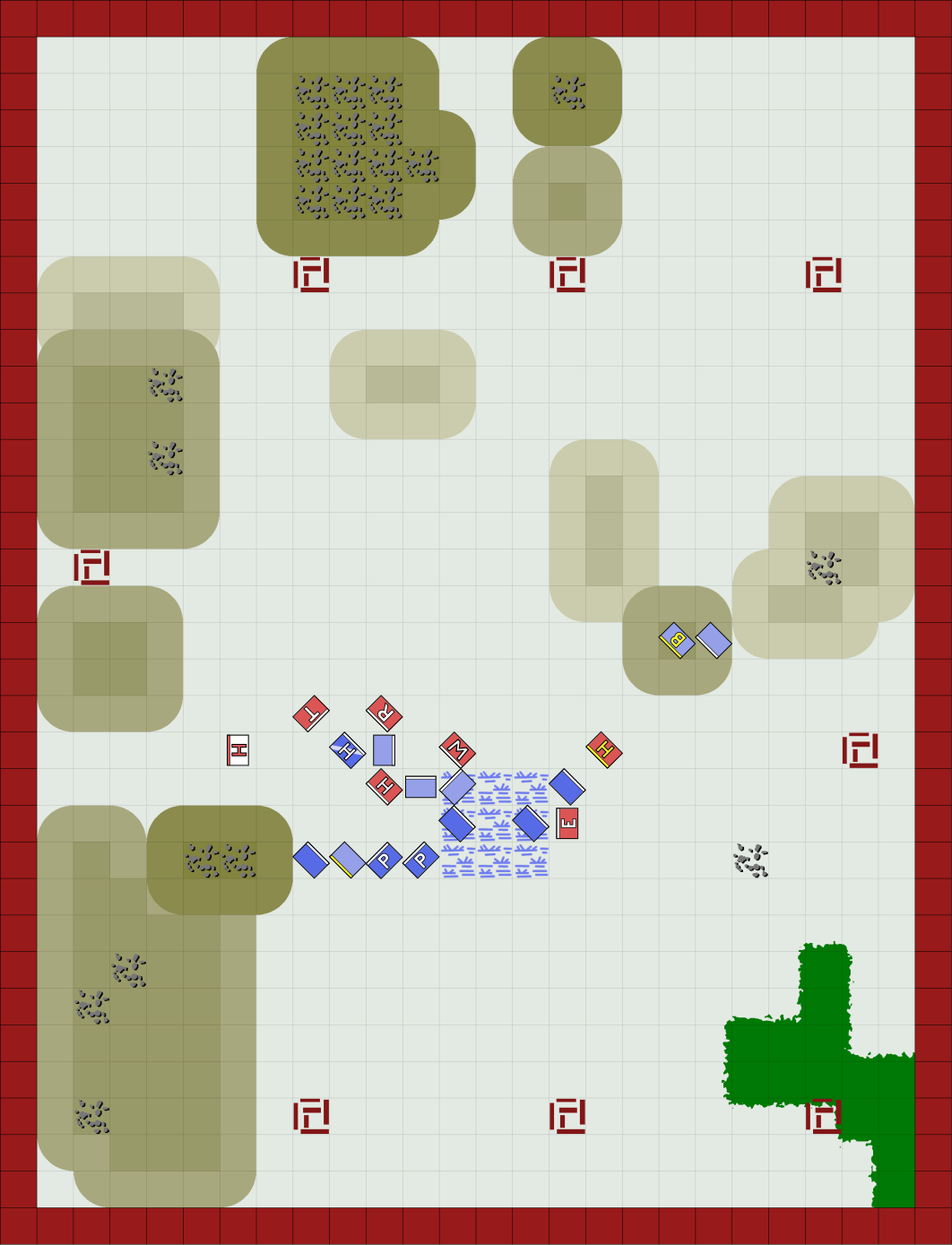 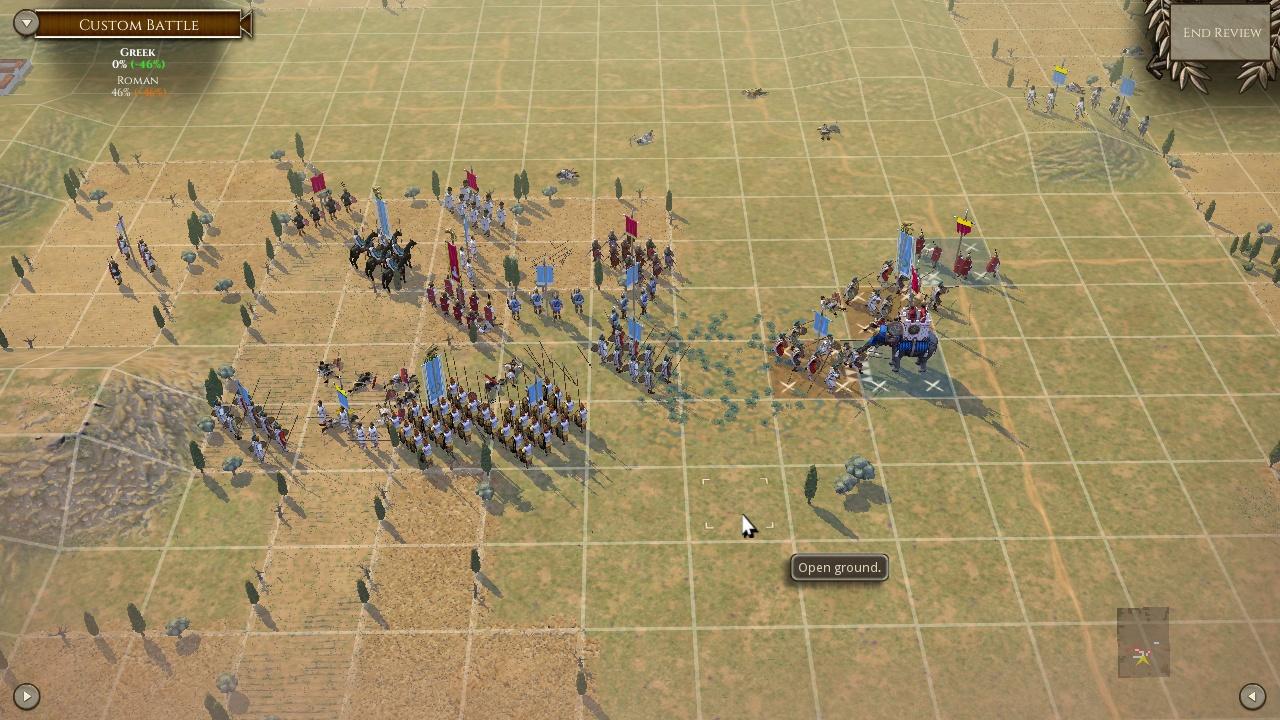 Return to “Field of Glory II: After Action Reports”