And so on to the final game of the weekend and a civil war vs Phil Jelley’s Yuan Chinese.

So where I had 2 Guard, Phil effectively had 5 but he did not have any HF, firearms or an IC.

I won initiative and chose Steppe. Phil kindly gifted me a hill and also put down a few uneven. I added a large rough. Phil moved first.

I was pretty tired at this point and seem to have missed deployment and we’re straight into the action. 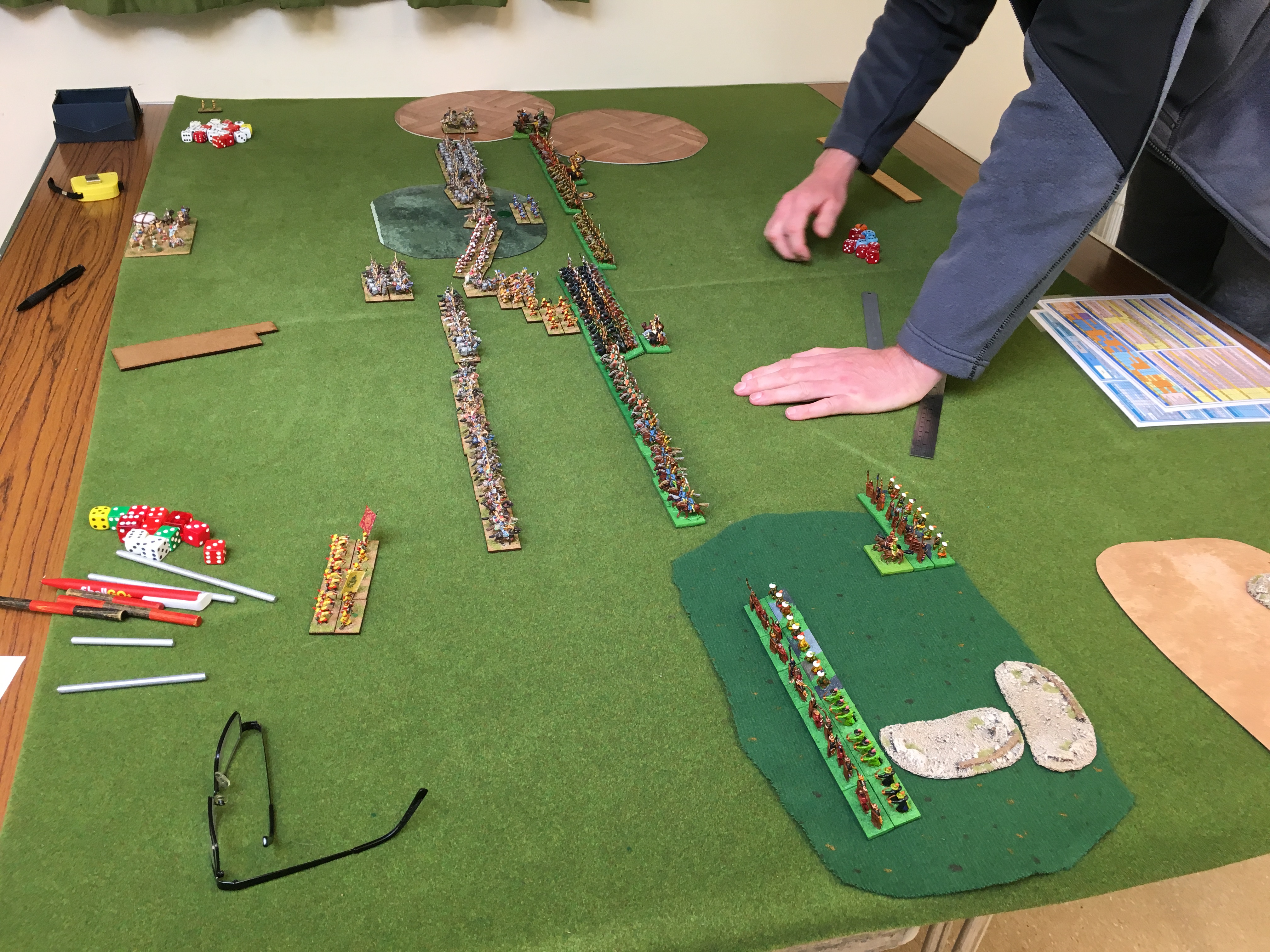 The Ally is on my left and I have concentrated my Guard against them supported by a Protected Cav BG and the handgunners. The MF XB are on the hill with the HF alongside. My MF Bow fancy their chances against Phil’s XB MF but they are somewhat outnumbered. One of the Ally Cav Bgs is already disrupted due to firearms.

Phil charges in the centre and his Elites go into my HF supported by another Guard BG who chase off my LF XB. 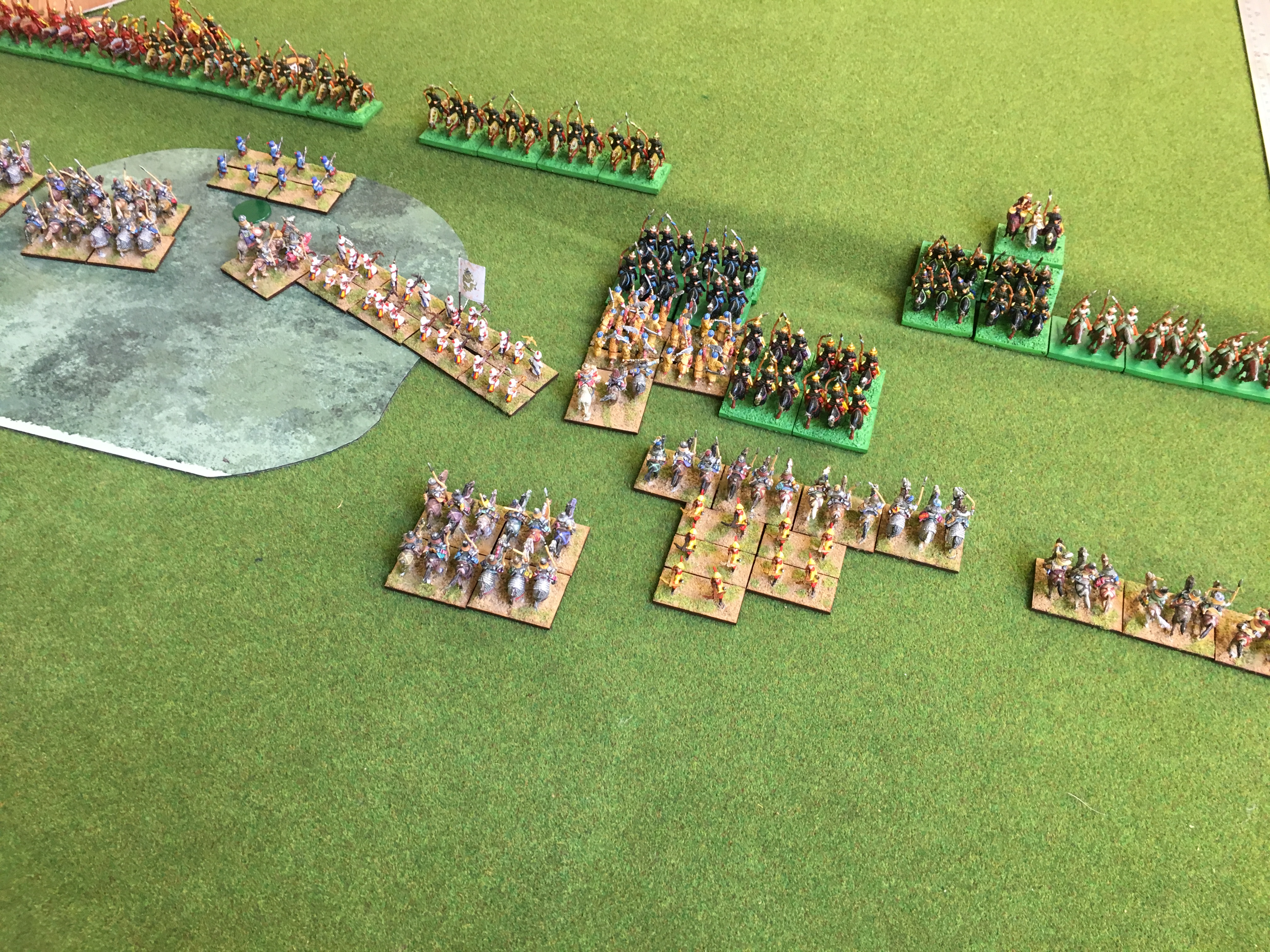 With a general and rear support the HF see off the Elites who must break off. A Mongol BG had moved up to support as an overlap and now looks a little isolated. The other Mongol Guard BG is fragged and the Avg Cav is disrupted. So far so good. 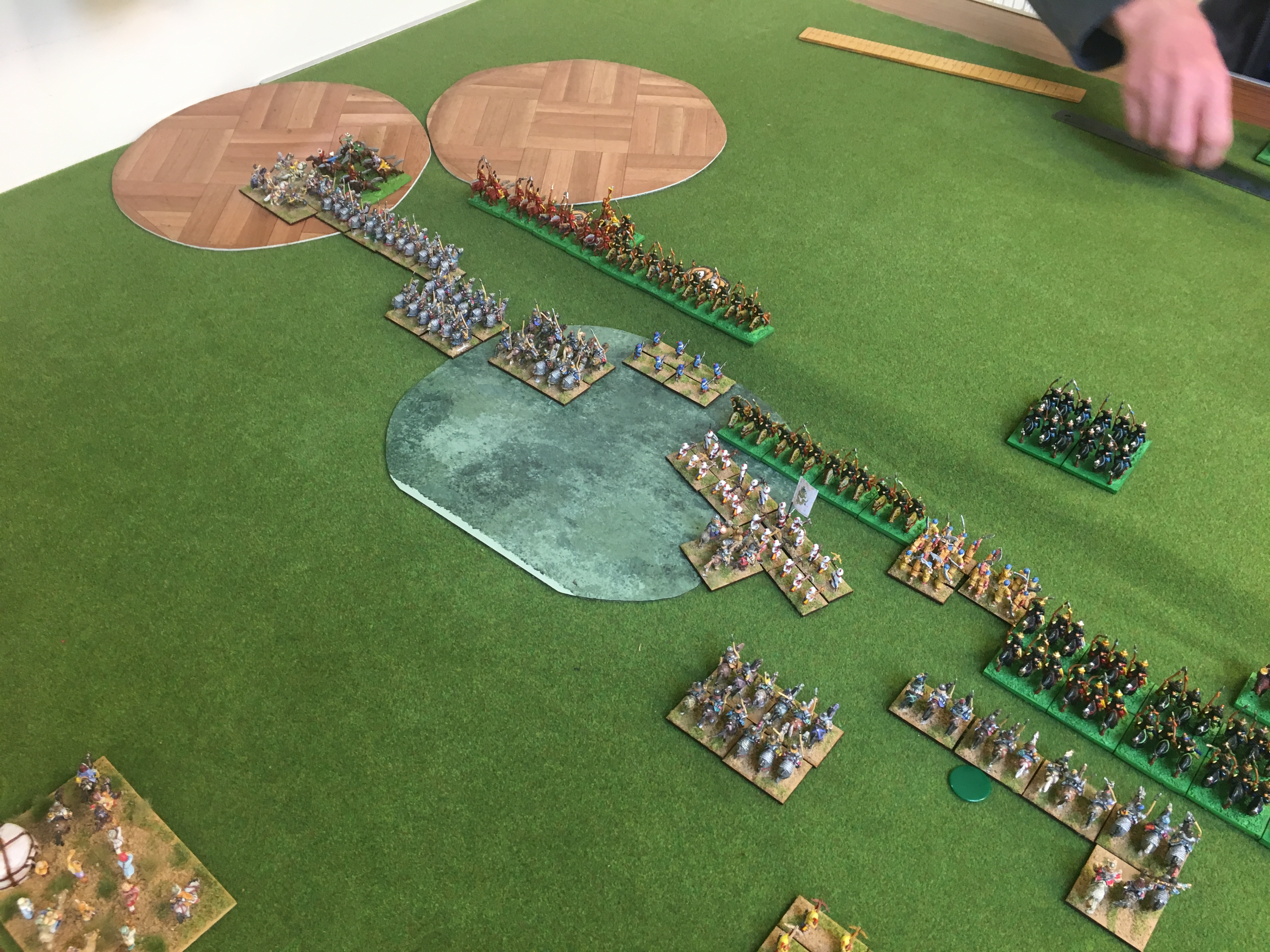 The fragged Mongols will break and suddenly I have lot of BGs available to concentrate on the remaining Mongols. 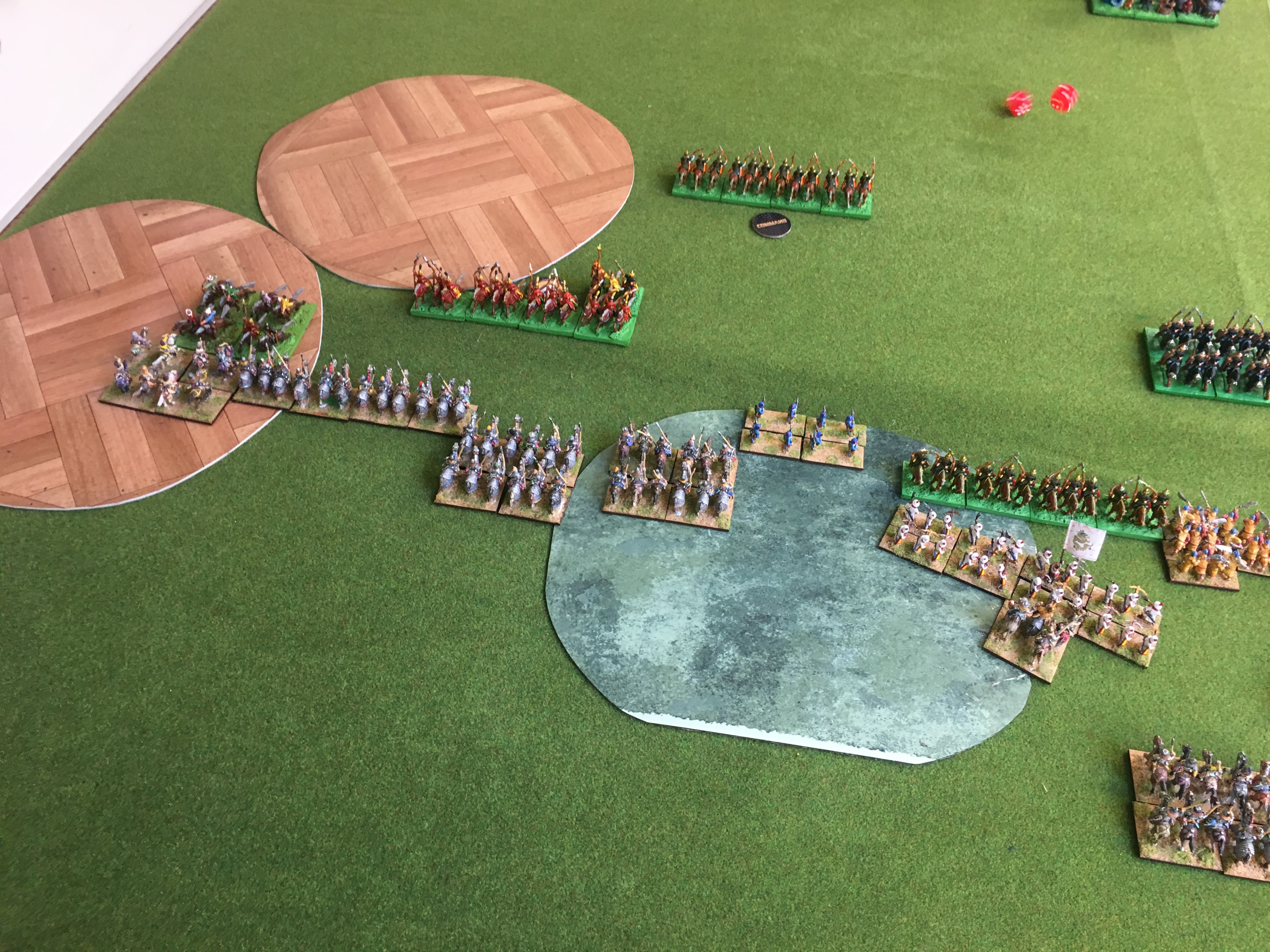 On my right I have lost a BG of Cav whilst a Prot Cav has charged Phil’s Unprotected BG and my MF Bow have fragged the first BG of XB. 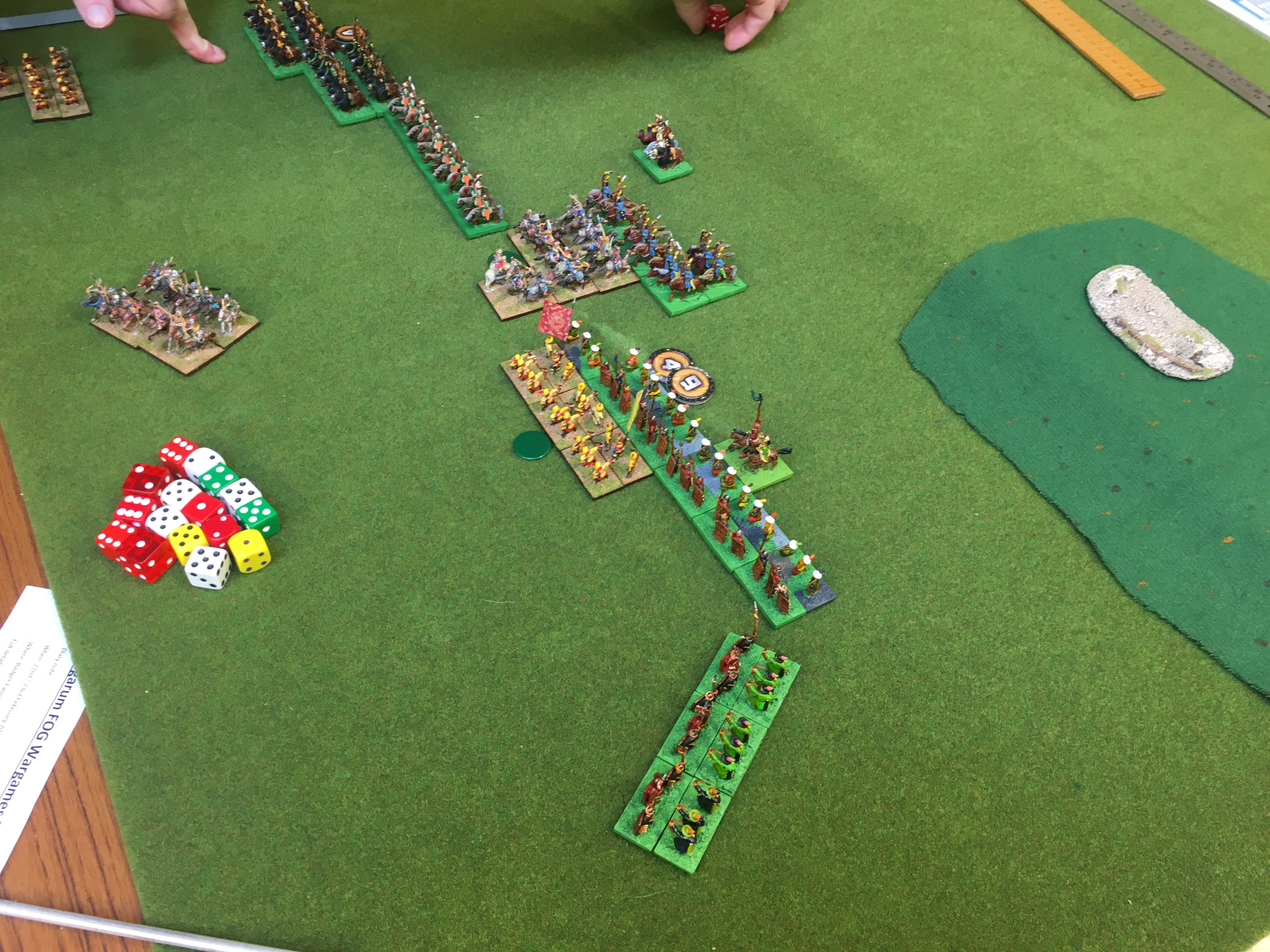 With the Elites unable to make any headway against my HF the remaining Mongol BGs will all break – only the LH get away. I am also able to get onto the flank of the Yuan Guard cav. 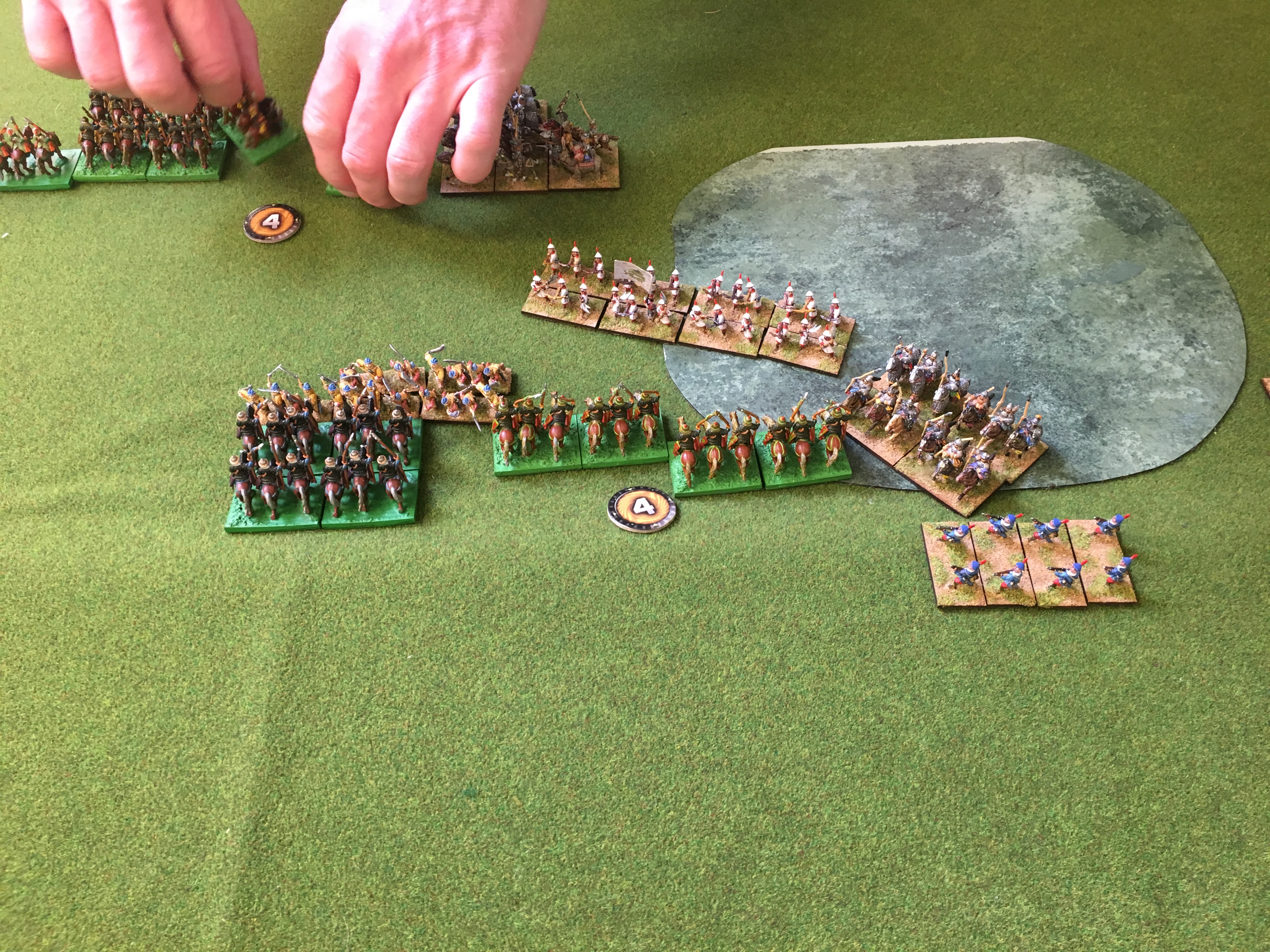 The swiss army knife had delivered with a combination of good terrain and good match-ups to maximum advantage. I lost 1 BG and had another fragged when Phil’s army collapsed to finish with a 31 – 8 victory. The superior HF are very expensive but were worth their weight in gold in this game. Had Phil been able to concentrate his 5 Armoured BGs against any other part of my army I think this could have turned out very differently.
Pete
Top
Post Reply
1 post • Page 1 of 1