General discussion forum for anything related to Field of Glory Napoleonics.

I'm on a fact finding mission about the Dos de Mayo uprising if possible.

I'm on a personal challenge to fight out on the tabletop the uprisings/skirmishes and battles of the Peninsular/Spanish War of Independence.

I'm producing some miniature reproductions of areas in Madrid where certain events happened in order to create some scenarios.

So far after extensive research I have three major locations in Madrid which I think I need to recreate:
- Plaza Oriental De Palacio (The sight of the initial protests and location where Imperial Guard and Artillery Batteries opened fire on Madrileños.
- Calle de Alcalá (Where the Marmelukes charged protestors)
- And the Artillery barracks located off Calle de San Miguel (Now Plaza Dos De Mayo) where Pedro Velarde made his stand against the French.

I've attached a map below with the locations I currently have listed. 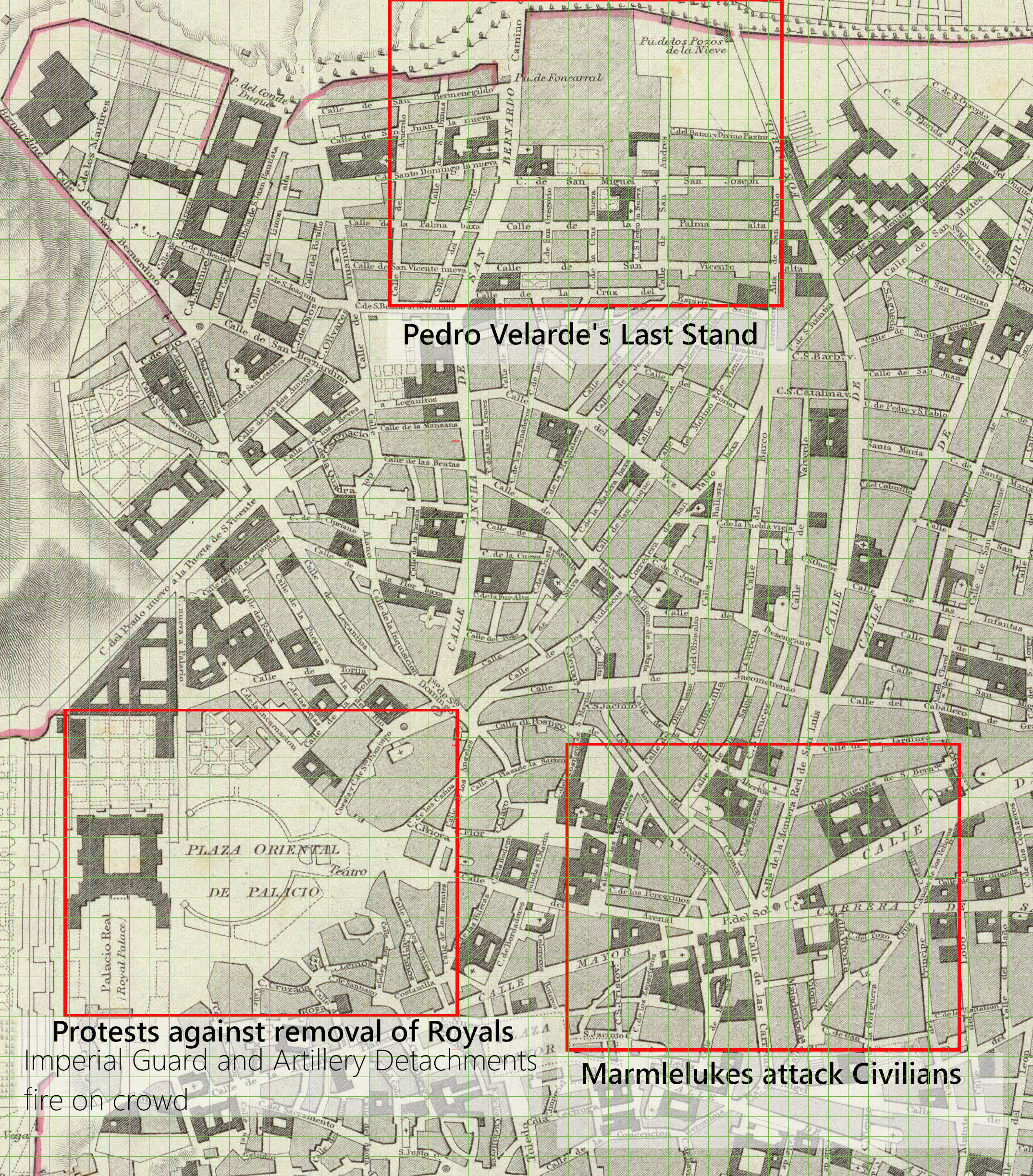 What I'm hoping people can provide me with is any other notable locations that they feel should be included.

As a side note, I know where the location of the Artillery Barracks were, but I'm unsure where the rest of the Spanish Troops were stationed inside Madrid and which Spanish Regiments were stationed there. (Those told to not to intervene), also any details on the French Troops would be greatly appreciated (Regiments that took part in "controlling" the uprising)

Any help, would be greatly appreciated.