A new patch (v. 1.0.2) for Field of Glory II: Medieval has arrived and will allow all owners of the game to create their own “Time Warp”.

This new feature allows custom battles to be fought between Ancient armies and Medieval armies (or vice versa), and it will be possible to create an infinite number of customized "what-if" battle situations that can be played against an AI or in multiplayer.

So if you ever wanted to find out how Normans would have fared against Augustus’s legions, or Assyrians against Teutonic Knights, now is your chance.

Note that it will not be possible to create a fight between two Ancient armies.

To set up an anachronistic matchup you will need to click on the “Select another module” button (in the Custom Battle setup screen) and turn off the Date and Geographical filters in the Enemy Army List selection panel.

- Fixed bug that allowed Player B in MP custom battles to move troops on first turn if he hit Cancel when the game asked if you wanted to end the turn and upload to the server.
- Fix bug that messed up the MP Kalka River epic battle scenario.
- Fixed bug that could cause duplicate general names in campaign battle if general’s unit dismounted before additional general added.
- Fixed bug that prevented geographical filter from working correctly in Sandbox Campaigns if player side was set as Pot Luck and enemy side was specified.
- Corrected some minor discrepancies in French and German translations.
- Added correct tooltips to Minimap options in Settings screen. 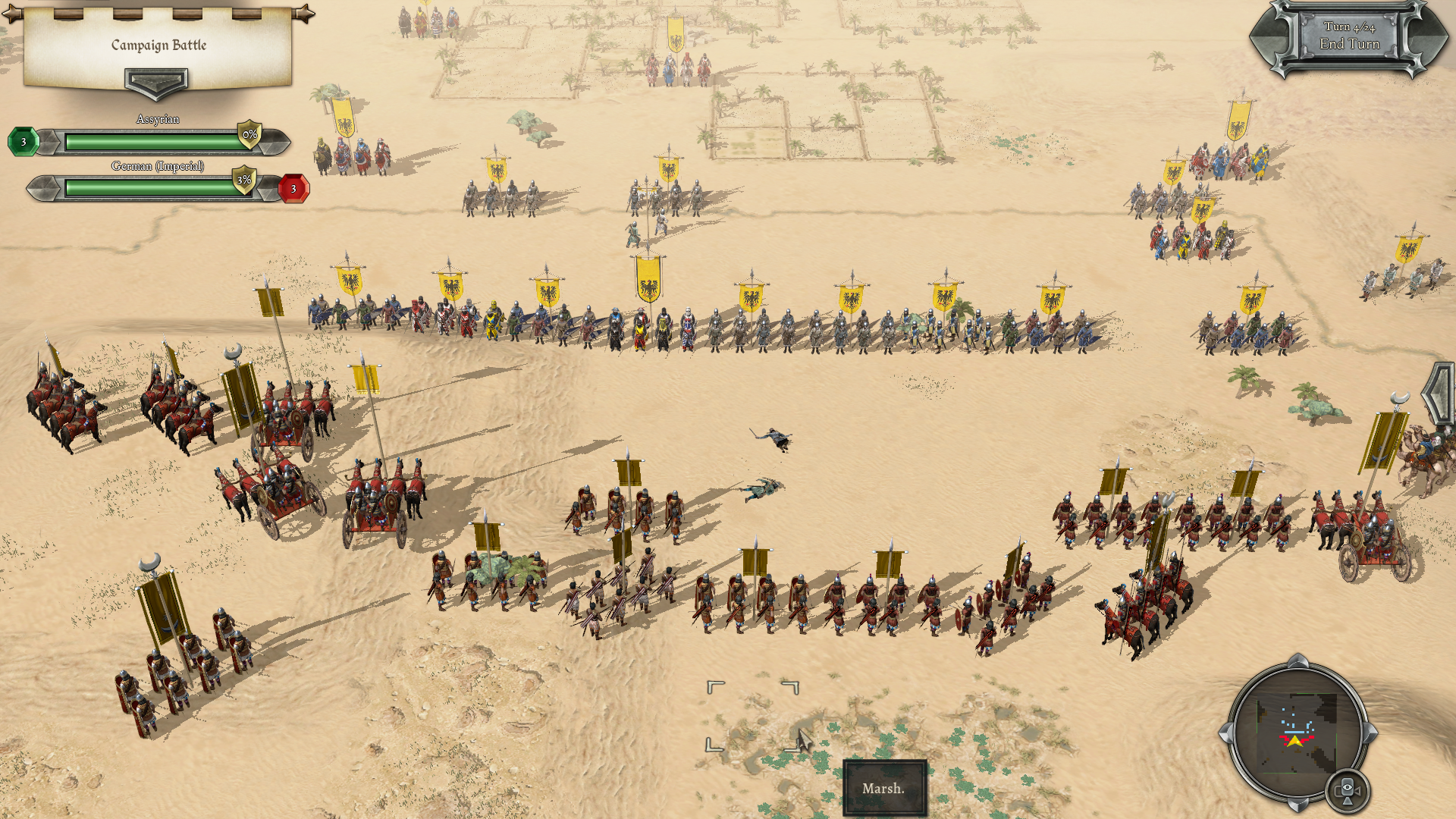