We've released a new update for Order of Battle. Check out the changelog below:

I think this update added new specialisations to the US Pacific campaign but they don't have localisation. 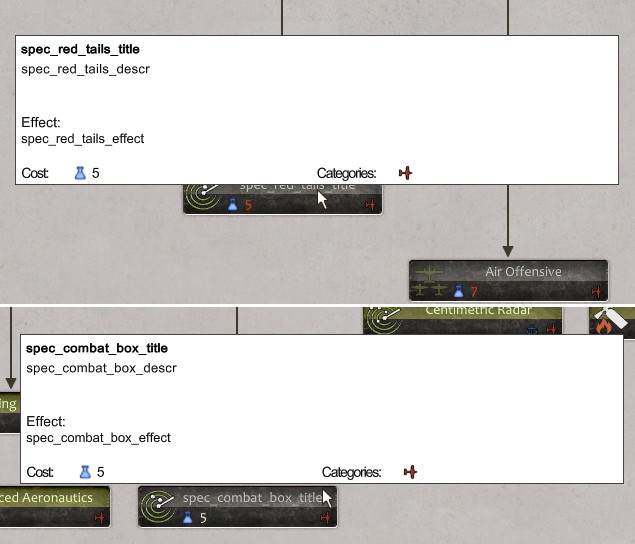 diday wrote: ↑
Fri Jul 09, 2021 9:30 am
I think this update added new specialisations to the US Pacific campaign but they don't have localisation.

This issue has apparently been overlooked, despite being near the top of the Bug Submissions board since April 30:

Also, I have noticed a disturbing trend for some new units to have blurry images in the control panel. This goes back a couple of patches or so; the first one that I noticed was BB Queen Elizabeth.

The best place to see this is the scenario editor, which uses the same unit images as shown in the game. Here, the Queen Elizabeth stands out like a sore thumb:


In this new patch, I have already noticed this trend continuing. Here is the new L4 Grasshopper:

Both specs and new units are only done in prep for the next DLC, so have issues still which will be dealt with during beta.
Top

Sending units to sleep has stopped working for me :/
Top

I've been losing the cursor during turns.
Need to completely exit or reboot to get the cursor back!!
Also noticed the sleep button does not work I will try the keyboard
Top

When I am naming a unit the cursor disappears!!!
Top

Given the bugs that this patch has introduced (there are more discussed in Tech Support) and its mostly inconsequential fixes and changes (Turkish text? GDPR panel?), if you are playing with the download version of OOB (i.e., non-Steam), here is the patch to revert to version 9.0.0 while we wait for the next patch. Hopefully, that one will be more efficacious.

A real pain in MP games because it's rude to end the process and drop out the game mid MP turn. It means you then try again already know what you opponent has done

A new Steam client has been released ?
Top

Rgonsman wrote: ↑
Wed Jul 28, 2021 10:16 pm
I've been losing the cursor during turns.
Need to completely exit or reboot to get the cursor back!!
Also noticed the sleep button does not work I will try the keyboard

I have found that my cursor disappears when I press "q". Pressing again toggles it back. It's kind of frustrating since I usually use q for a hotkey but I can't anymore.
Top

At the very beginning of the first mission of the campaign Order of Battle: Allies Defiant, this message appears :