Welcome to a new Distant Worlds 2 Dev Diary.
Before we start, check out PCGamesN's interview with the developers.

This article focuses on a problem common to all space strategy games: how do you get terrain or ‘geography’ into a galactic map?
We explore how other games have approached this problem, how Distant Worlds 1 handled things, and how Distant Worlds 2 has a ‘best of both worlds’ solution to allow free movement while having natural barriers to movement. 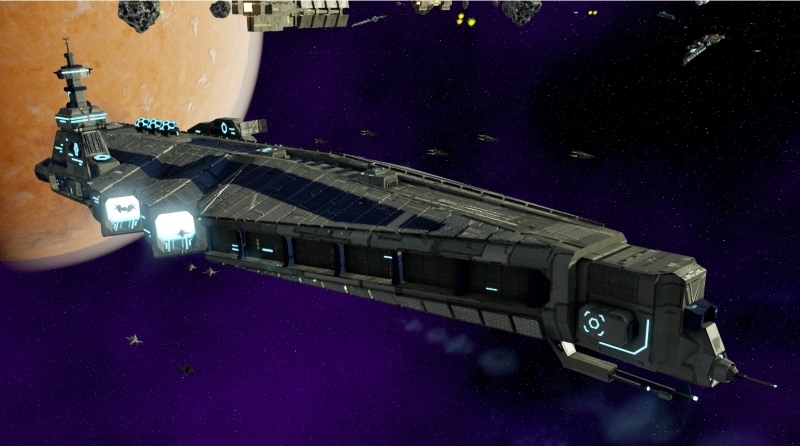 Space strategy games do not have such obvious natural terrain. Usually all of the game action occurs inside star systems, where planets are found. Space ships must travel between star systems, usually via some kind of hyperdrive or jumpdrive. 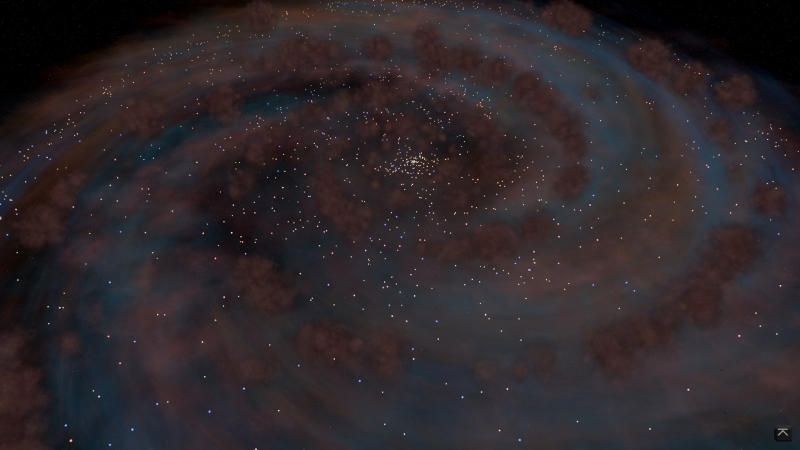 To provide natural terrain in a space game, developers often employ arbitrary restrictions on travel. The classic example of this is the idea of ‘star-lanes’ where each star system has a limited number of paths to other nearby star systems. To reach a distant system the player usually has to traverse multiple intermediate systems. These ‘star-lanes’ thus form the geography of the map or galaxy, often entirely preventing any other route to a destination.

Star-lanes definitely add shape and terrain to the map. But many players dislike them because they are very artificial and contrived.

Distant Worlds 1 took a different approach to inter-system travel. In DW1 you could jump to any point on the map that was within fuel range of your ship. You could even travel into deep space, far outside any star system. Many players liked this flexible approach. However there were some problems with this. 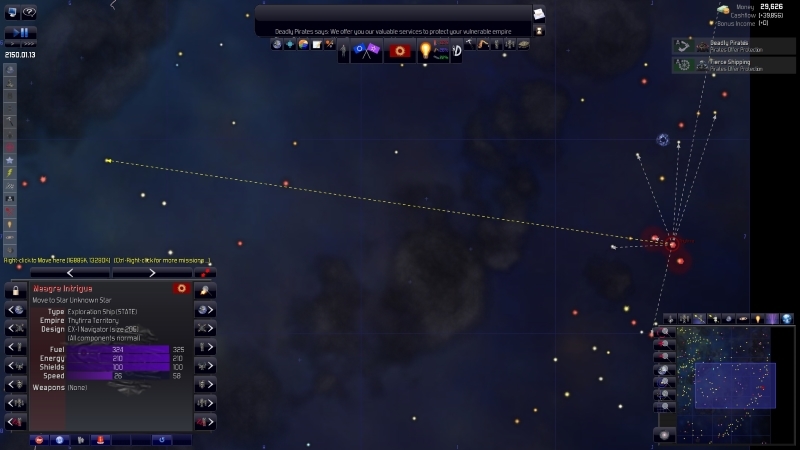 This free-movement approach, without star-lanes, meant that there wasn’t as much ‘geography’ to the galaxy. Star systems were less likely to appear in nebula clouds, so nebulae formed natural gaps between star systems. But really the only geographical constraint for movement was the varying distances between each star system.

In Distant Worlds 2 we wanted to preserve the open travel mode of DW1. But we also wanted to add better galactic terrain: natural barriers that added interest and function to different parts of the galaxy.

The answer to this was to use nebula clouds as the natural barriers to travel. In DW2 nebula clouds dramatically slow hyperspace travel. The impact on travel time is so significant that it is usually faster to travel around the nebulae rather than through it. Thus nebulae effectively become the ‘mountain range’ analog of a terrestrial map.

In addition hyperdrive components work slightly differently in DW2. All hyperdrives have a defined jump range. This jump range limits how far a ship can travel in a single jump. Ships can still travel as far as their fuel allows them, but usually their fuel range exceeds their jump range.

The effect of these 2 new features (nebulae that slow hyperspace travel, limited jump ranges) is that ships often have to plot a path of multiple jumps between star systems to reach a destination. The precise path they choose is not fixed. It depends on their current location, their chosen destination, and their jump range. 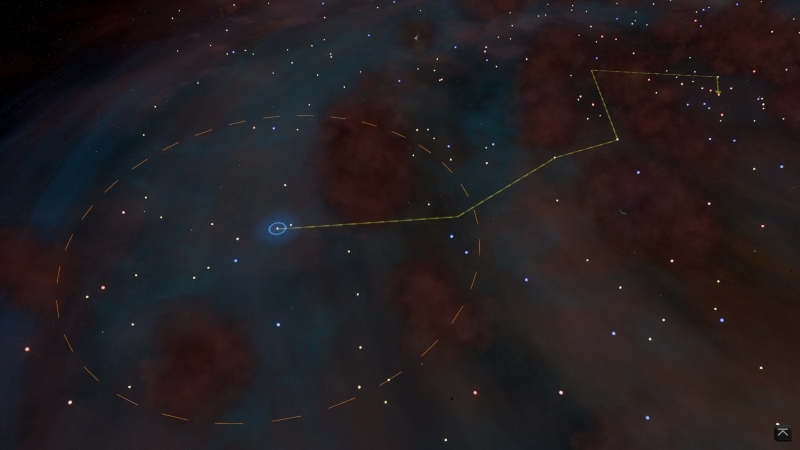 Some star systems may thus be in naturally strategic locations, e.g. in a gap between nebulae that many ships will pass through. These locations may be good choke-points, or at least good monitoring points to keep an eye on traffic passing through the area.

Nebula clouds can also have other effects on ships and bases. As in DW1, some nebula clouds are the locations of galactic storms that can cause damage to ships with inadequate defenses. However we have broadened the range of effects to include different types of damage to various ship components. Galactic storms can also have other effects like interfering with sensors or draining shield strength. 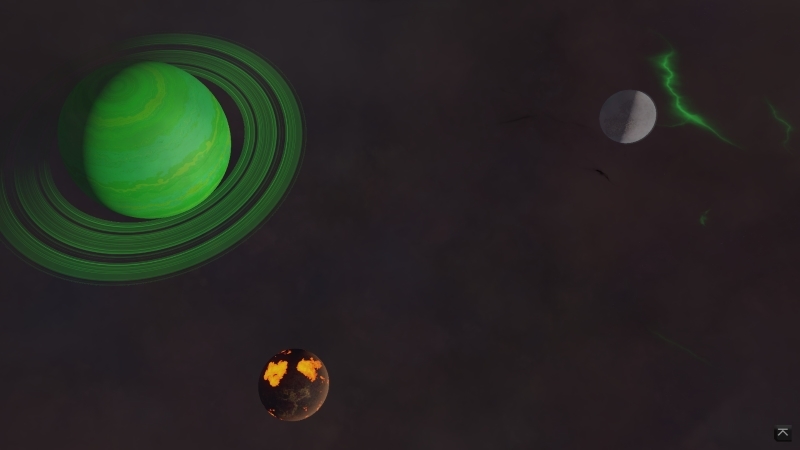 Nebulae also affect long range scanners. Ships and bases are very difficult to detect when they are inside nebulae. In addition scanners cannot ‘see’ through nebulae. So you cannot scan objects on the other side of a nebula cloud. This can lead to ‘blind spots’ in scanner coverage.

Distant Worlds 2 preserves the free movement of Distant Worlds 1. You can travel to any part of the galaxy, even locations in deep space.
However you must now navigate around nebula clouds and perilous galactic storms, often jumping through multiple systems to reach your destination.
This new approach to galactic terrain and travel provides even more options for fun and strategy. 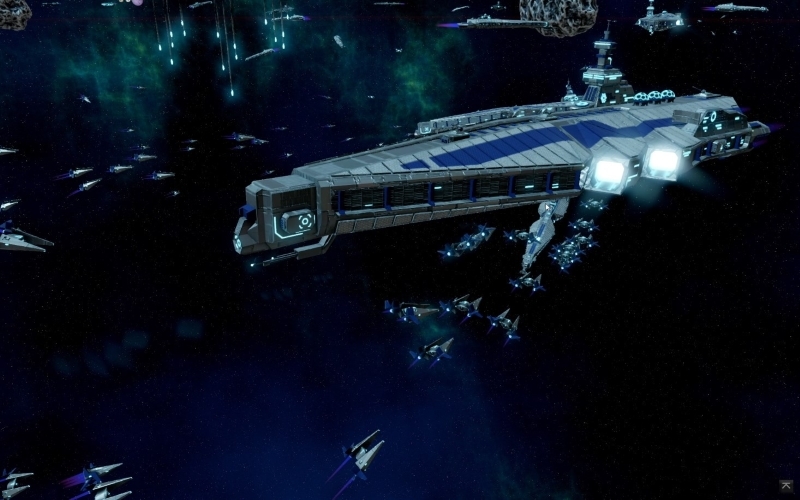 We hope you enjoyed this look at the galactic terrain of Distant Worlds.
We’ll be back later with more information about other features in Distant Worlds 2.
Top
Post Reply
1 post • Page 1 of 1