We’ve been gripped by the Field of Glory II: World Team Championship, but just in case you missed any of the matches in the first knockout phase, we have a recap of all the action below: 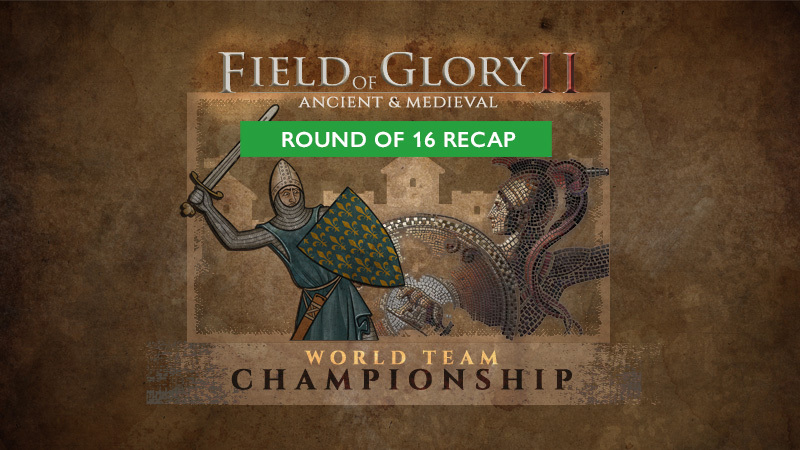 In this part of the bracket there were some interesting matchups and the Civil War between “Hell on Wheels” and “Pershing's pikes” brought us the first surprise result.

Pershing's veterans klayckles, ulysisgrunt, ratprince and harveyl were defeated by Hell on Wheels. They lived up to their name by unleashing hell on their opponents as if they were general Maximus Decimus Meridius himself.

Some honor for the pikemen was saved by harveyl, however, who denied a 4th win to add to Hell on Wheel’s 3 solid victories.

“Inglorious Brits” easily won their challenge vs the Serbian team, with 4 victories. Better to say glorious! Honors of war for the Serbia team, they did their best but it was not enough.

Another brilliant performance for “Furor Gallico” vs “Terror Australis”, Gallic warriors have been directly inspired by Vercingetorix! Random27 with his decisive victory vs CheAhn made the difference, as his Arab spears and Daylami impact infantry crushed the Byzantine line.

The last match of the righthand part of the bracket was dramatic, with “Cry Havoc” facing off against “1st Continental Legion”! The result of this challenge was a near perfect draw, with the British prevailing with just 2% less casualties in 4 battles!

Tyronec confirmed again his talent and skills defeating Nyczar 8% - 41%, the second victory was provided by Triarii: veteran soldiers never fail their task! For the “American legionaries”, there were great victories for Geffalrus and snooky51 and they received Phalerae (roman military decoration) for their distinguished conduct in action. 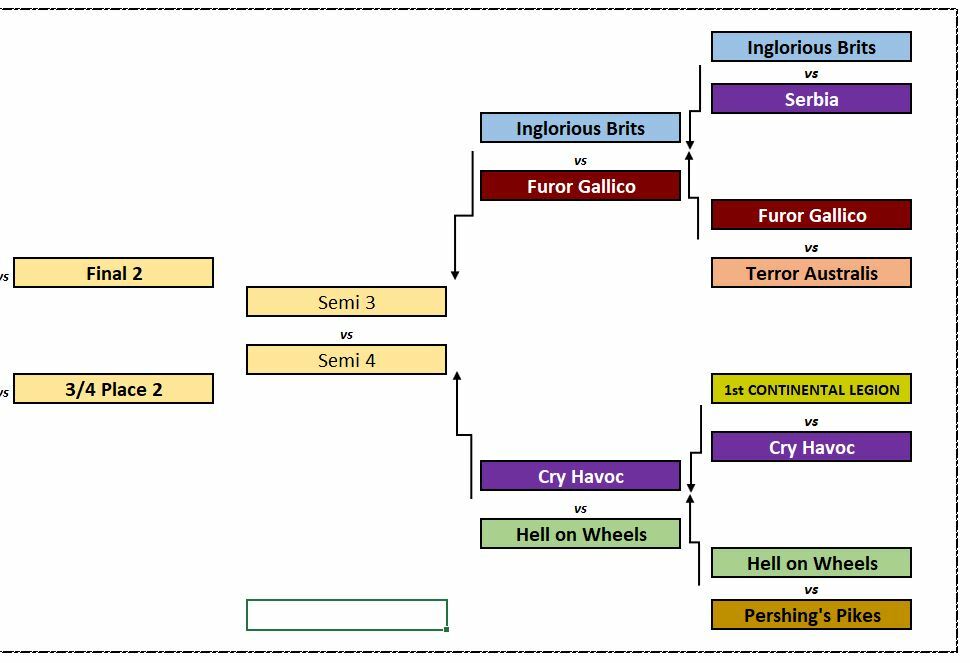 Team Russia confirmed once again that it has quality and skills, with 4 brilliant victories vs team New Zealand. As this Russian steam-roller is one of the favorites for the title, let's remember them as "The Fantastic 4" (more appropriate team name, we think): Questar17, El_Tomato, Nosy_Rat, Chherif.

Regarding the kiwis, they have a good chance to grow and aspire for some of the glory. They come from the country of the All Blacks, after all, so they were born to fight!

China’s “Qin” team defeated the “Polish Companions” and this challenge was very exciting. The final result could have been very different, but unfortunately, GenNikolaj was not able to play his challenge and lost the game under the rules. In the Polish ranks, a special mention to CyberHetman is due: he won all the games he played and is a top player.

“Armchair Heroes” confirmed their valor, with 3 victories and a draw. They won against “No Nonsense Norse” who struggled to hold them back. This makes them the third UK team qualified for the quarter final. Perhaps they are inspired by Arthur the Hero of Post-Roman Britain, but if they wanna change the course of history, and they have the possibility, they must defeat the next opponent - Team Russia!

No Nonsense Norse lost their challenge but not their spirit. They are in Valhalla for the moment.... waiting for fate and the next WTC.

A special mention is warranted for the match between team Europe 2 and “World's Condottieri”. It was a great victory for the European team captained by Mr Cholo. Blagrot was the hero of the challenge and here a summary of his battle:

"A crushing infantry brawl, on my right some camels found their supporting foot swept away by baltic elites and were trapped in rough terrain, on the left concentrated fire from archers and crossbows broke camel units and left the Tuareg foot exposed to be ground down by spearmen. My centre had a rougher ride but kept it together long enough to be reinforced by the flanks!" 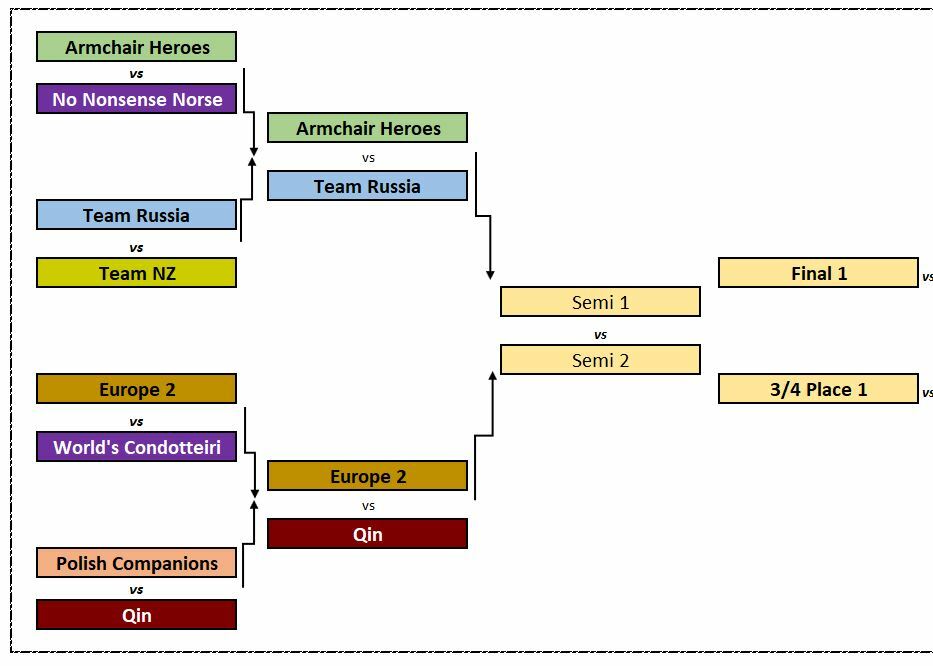 As the WTC enters the quarter finals, it promises some intense battles between the very best. All the challenges will be very interesting to follow and we are very excited!
Top
Post Reply
1 post • Page 1 of 1