V10 is finished and will be uploaded tomorrow.

Preview of one of the 22 final events:

Eagerly awaiting V10. Hope the base game incorporates it and releases the GOLD Version or something.
Top

And here it is (download button is arrow in top right corner):

Full mod including V10 in case you are new to the mod or experience problems with the update (390 MB):
https://drive.google.com/open?id=1NqAeW ... KzAmnuBhas

Changes:
- 22 new end game screens with victory points and rank (this was a heck of a work to implement!)
- for singleplayer Entente vs CP AI: option to choose the German war plan before starting a game: Schlieffen, Aufmarsch Ost, Rupprecht or historical modified Schlieffen. 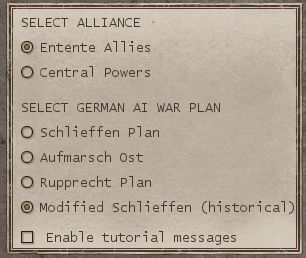 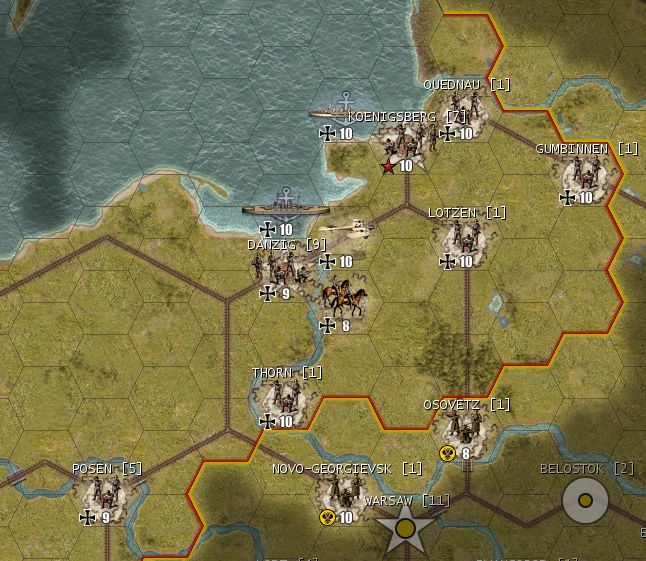 I hope you enjoy this final version of the mod.
Bugfixes etc. will still be addressed of course.

Downloaded, installed, and plays fine. (The update, not the full mod, which is blocked by a Google Drive login.)

@berto: thanks for the reporting. Fixed the issue with required login.

The Balance in East Prussia and the Sinai is much better due to the upgradation from corpses to Armies.
At times the game stalls or breaks down, will send the save. Upon re-loading it is fine.
The British are truly powerful with the new mod, Serbia collapsed and British had 4 armies + Cavalry + Corpses in Salonika. That's something big.
Germany cruises through Belgium but is stopped before Paris due to British, again good.
Some new weird convoy appeared via Iceland!
Top

@shri: instead of the save better provide the logfile called "ctgw.log" which usually to be found in your Documents folder, so look in "My Documents\My Games\Commander The Great War".

NOTE: This ctgw.log is overwritten every time you start the game. Please make a copy of ctgw.log immediately after any crash/bug you want to report before reloading the game.

Put the ctgw.log and/or autosave.endturn files into a .zip or .rar archive and attach them to your post using the forum's "upload attachment" feature in the bottom left corner of the reply box (click on full editor and preview).

Alternatively you can just copy/paste and post the last few lines of the "error" message at the end of the ctgw.log (open it with any text editor like WordPad), usually this holds enough information to fix a bug.

I'll be uploading a minor update shortly, so if anyone wants to have stuff modified or has bugs to report then please say so.

Hey im getting a game crash after i hit end turn on this. i think it crashes when showing the german air attacks on russian forces

btw you did a great job on this. really elevated the game up a few notches. Let me know if you need anything else

Thanks for reporting, update will be available later this evening.

Attached to this post is a tiny script fix for user bslinky and other users (if any) that have encountered the same bug so they can continue their game.

The fix must be applied just like a normal update: copy the "data" folder from the archive into the game's main folder and overwrite the old files when asked.

The complete update will follow later and will not allow to continue an ongoing campaign.

Hey still having crash issues. i played a few additional games just to see if it was an isolated issue but the game seems to crash between late 1915 - early 1917. Since youre doing an update anyway i thought id just let you know. See attached and again thanks

Thanks for reporting and providing the logfile. Fortunately the cause of the crash was a simple typo. Find the script fix in the attached zip-archive.

The fix must be applied just like a normal update: copy the "data" folder from the archive into the game's main folder and overwrite the old files when asked.

Hey, Robotron! Сongratulations on completing the mod. I have some crash for you.

Thanks Argentum. This time the bitrate of one of the sound files was incompatible.

The attached archive will fix this issue and all other reported bugs.

Another crash for you, Robotron.

Fixed. Although I could have sworn I fixed that before. Maybe I'm getting old.

But anyway, thanks again for reporting, at least it means some people are still playing the mod.