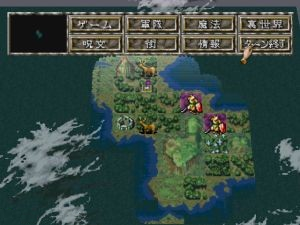 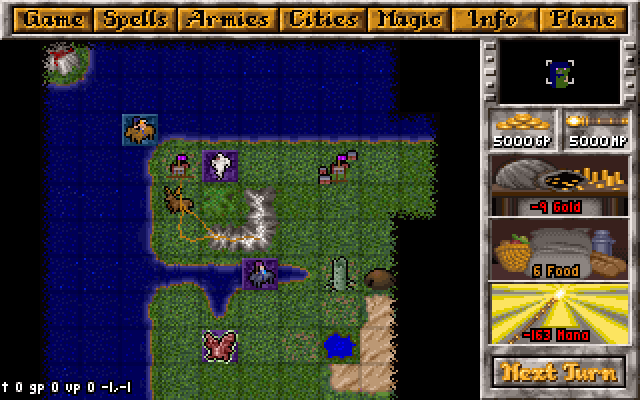 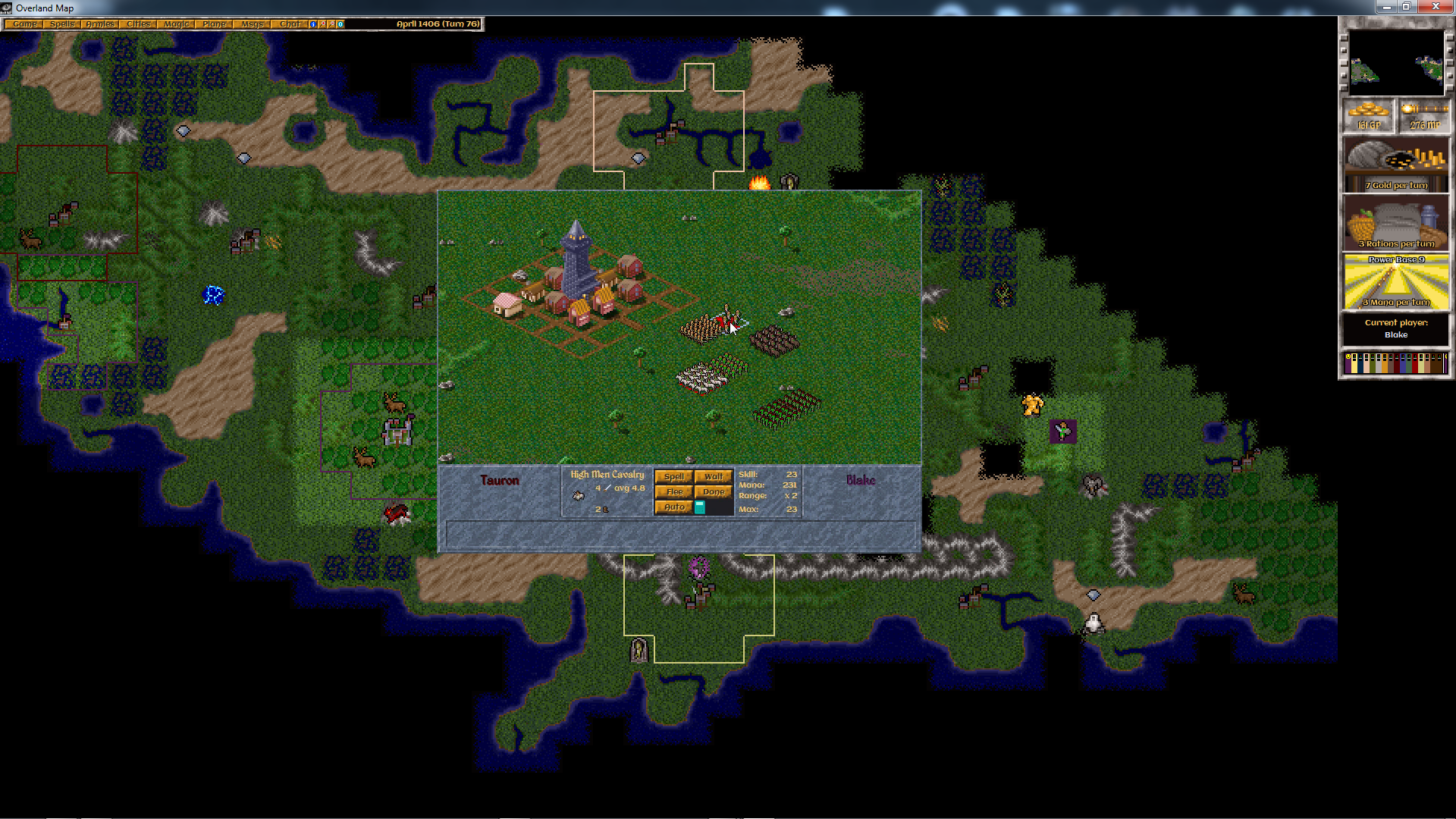 Source 6 - Rebuild:
The old MoM Clone project was originally the second most complete fan rebuild I've seen (that new one I found above might beat it now!). They attempted to rebuild MoM to be just like it was but with multiplayer added to it. They released a working demo called MoM 0.6.0 in 2006 which fans and I were unable to get multiplayer working on. From the looks of their old archived websites the project died in the early 2010s. All attempts to contact them have failed.
http://web.archive.org/web/201307260132 ... ?page=main
http://web.archive.org/web/200512141051 ... gic.co.uk/ 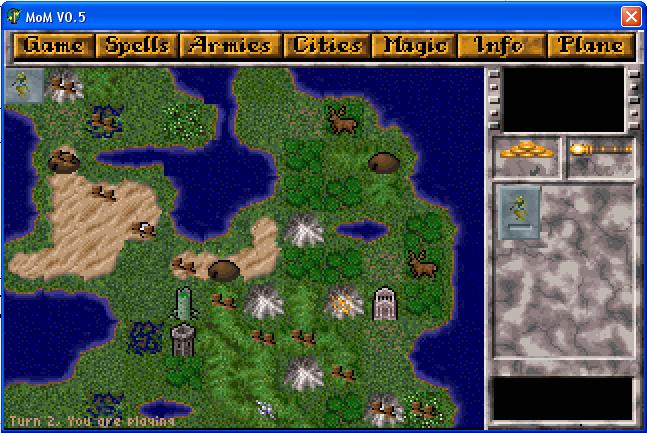 Source 7 - Rebuild:
Turns out there were two MoM clone projects and the github one is not related to the old illustrious software one from the mids 2000s. I recently found this ones sourcefiles on github and am trying to contact them. Nevertheless there's probably not too much useful stuff here. No doubt like with MoM-IME there's probably no AI and its missing many features. Their work could be useful, although as with all fan rebuilds one must question just how accurate the reproduction is.
https://github.com/kazzmir/master-of-magic

Source 8 - Rebuild:
Master of Magic - Java Shell was another popular project back in the day too. Judging by the screenshots they got a fair way into it.
http://sourceforge.net/projects/mom-shell/ 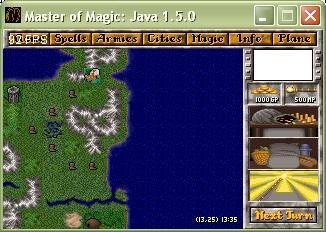 Other Rebuilds:
Many others have tried but didn't get far such as Master of Magic The Resurrection, Magic Master Project, Master of Magic .NET, and Master of Magic Restoration. Many of these still have accessible demo/WIP downloads too but there's probably nothing useful. I cover them all in more detail with screenshots on my MoM fans games tribute website.

Woah! Murlock, we need to talk buddy! I've been looking for you for years lol! If you visit my website where I tribute MoM fan projects and scroll ALL the way to the bottom of the tribute list you'll find your project in my dreaded R.I.P section where I put projects that I can find no files or media for (despite my best efforts) and usually have nothing but an old broken website backup to link to.
http://blakessanctum.x10.mx/Games/MoM/

Interestingly I had a different link for your project so I'll have to add this other link you posted to my tribute:
http://web.archive.org/web/200701241343 ... akka=MoM32

I would very very much like some screenshots of your work, then I can do a proper tribute to it in the main list so fans can forever see the hard work you put into it!

If you still have your old source files or a playable build that would be a great interest to the community too! In fact there's a interesting MoM Reverse Engineering chat going on at the MoM Discord right now and I've been putting invites out to all people who've worked on MoM rebuild projects in the past so consider yourself invited to that too mate!

I have the official MoM strategy guide too. Very useful book.