Well its got to fight a large number of peasants.

The fighting bit remains to be seen.

Well if its anything like the two practice games the Danes will roll over and ask for their tummys to be tickled rather than fighting. If you only get 1 hit at evens out of 8 dice, not once , not twice but more than three times you are not going to win many melees. Even the few superiors I'm allowed couldn't do any better beaten by average 2/3 of which were at minus. (And against Paddy his dice were superb, 6-7 out of 8 hits most times even at minus, should check his dice some time

"No plan survives the first contact with the dice."

Never mind “silly”, the most important question is whether it’s a particularly big army Don?


Never mind “silly”, the most important question is whether it’s a particularly big army Don?

Perhaps it was reality brought on by age

well Paddy borrowed the army. It's dice roll were the same when it played Keith's Swiss at Warfare two years ago. There is no hard boarder with this Irish army.
Top

Great day out in Oxford today, thank you everyone who organised and well done to Tim for winning.

Looking forward to the next one.

Here are the results

Thank you to one and all. We are looking forward to a good turnout for our ECW Sunday on April 14th

Nice to see Tim's ship coming out to support his Dutch army.

Thanks for the games

What about Paddy? I think any Englishman will agree that us Irish always count as peasants!

From the safety of Haslemere, it looked to me like the Danish/Irish didn't really belong in the same tournament as the hordes of Dutch/Hugenuts, so kudos to both of you for doing so well with ostensibly inferior armies.

This has given me an excellent idea for a weekend competition for my own club. We have 8 regular FoG:R players whom we can seed based on results from the last two years and split into two teams - 1, 3, 5 and 7 versus 2, 4, 6 and 8. Armies are Spanish, French Catholic, Scots, and Irish, against Elizabethan English, Dutch, French Huguenot, and either Anglo-Irish or Border Horse. Players take the army of inverted quality to their seeding - thus best player takes the (theoretically) worst army, worst player takes the best. Each player plays against the four armies on the other side, with individual and team totals to decide the winners. Feel free to adopt/adapt.
"No plan survives the first contact with the dice."

Thanks for the bonhomie on Sunday. I am seriously considering dumping all my dice and ordering a new set in time for the ECW round in April! Tim's privateer reminded me I must finish my Buccaneer Army sometime - would be good to find a way to get a tournament game involving that period (I think Tim and Keith said they had Pirates too and I am sure one or two others must have something suitable in the mountains of lead in their collections).
Top

We can try to keep that in mind for our 2020 events in Oxford; without knowing much about the period I guess that a range of colonial forces and native armies could be involved too?

The only problem with the Buccaneer army is that it is head and shoulders above all the other armies from around there at that time. Which means that everyone would want the Buccaneers. The only one that might come close would be Eastern Woodland Indian. Its like the Japanese in eastern asia, can be too good.

OK, to what extent? Can we evaluate the excess quality and reduce the Buccaneer points (only) to compensate?

tjelsworth wrote: ↑
Tue Feb 12, 2019 5:47 pm
OK, to what extent? Can we evaluate the excess quality and reduce the Buccaneer points (only) to compensate?

That still doesn’t really overcome the fundamental issue that Pirates arrrr really cool, and they get a ship, which is also really cool because it has a skull and crossbones on its flag (COOL!!) so everyone wants to own a Pirate army, and everyone who already owns a Pirate army usually wants to take them whenever they can, irrespective of whether they are actually any good in the theme.

The recent one-day event in Oxford gave me a chance to wheel out some almost forgotten FoG:Renaissance troops in 15mm scale to take part in a tightly themed C16 competition for the armies involved in the Great Rebellions of that era - the French Wars of Religion, the 80 Years War of Dutch Independence and the many Peasant Revolts across Europe.

Given the multitude of choices - and because no-Don had bitten at my incredibly well crafted attempt at a joke on the FoGR Forum along the lines of..

..I ended up taking the 80YW Dutch, with a vague plan to batter my opponents senseless with artillery whilst reducing my opportunity to make the sorts of mistakes that someone who hasn't played these rules for ages might do by having a plan that didn't really involve moving my troops at all. 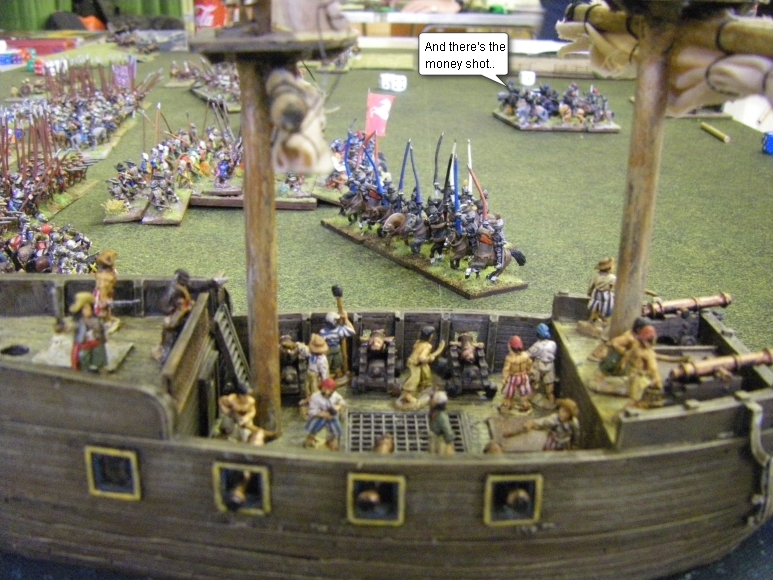 The armies duly swept back and forth across the tabletops in textbook checker board formations and much Dutch courage was taken by all sides. And I used a ship! 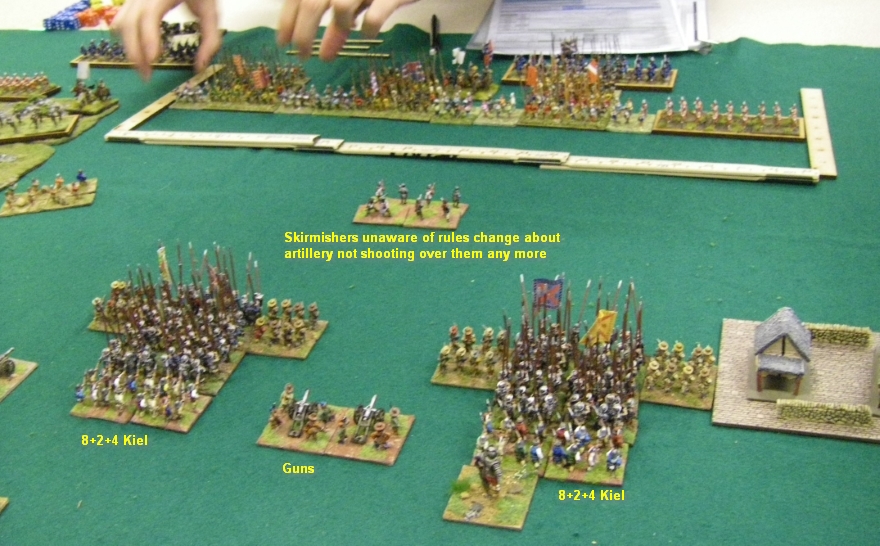 Visit the Madaxeman website for the usual rubbish-packed and ship-tastic reports to see how the Cloggers managed to do in these 3 FoGR battle reports
http://www.madaxeman.com
Holiday in Devon? Try https://thecaptainscottagebrixham.com
Top
Post Reply
37 posts