And by the way, the night harassment bomber gets a ton of experience (250 xp after maybe 6-8 scenarios) simply because it is in the strat bomber class. That class gets xp as fast or faster than any other class, casualties inflicted or not.

Oh, yes, you are right, as they are classed es strategic bombers, they do get a lot of experience fast.... Besides, they should be also depleting fuel and ammo to attacked units... I should have thought about classing my light/recon bomber as strategic when I tested them.

Another question, given that I don´t have PzCorps installed and I don´t remember about the subject: Can reconmove aircraft move over an hex, attack the land enemy unit under it and then move away? Or is it that they cannot move any more after they make an attack?

I can't recall right now if the night harassment bomber did much damage against the supply of its target. Next time I use it, I will check to see.

Yes, aircraft with the 'reconmove' trait can move over a hex, attack and then move away. It is the same with aircraft that have been put into the recon class (2). The difference between the two is that aircraft with the recon class can re-supply over the airfield hex only while aircraft (class 7, 8 or 9) with the 'reconmove' trait can re-supply at all the surrounding hexes in addition to the airfield hex. But perhaps a modder might want that restriction for that type of unit.
Top

A curious thing about recon aircraft is that they use a minimum of half their movement value (rounded down) and the same amount of fuel each time they move (unless they move more than half in their 1st phase). So they can only ever move, at most, twice in a given turn; unless you have multiple move heroes. Anyway, curious.

In my opinion, for that kind of units (they would be some kind of light bombers) it is not a problem that they can be refuelled when positioned on the airfield surrounding hexes. Being them light aircraft, it is realistic that they can land nearly everywhere, so any air base should be able to support several of those air units.

What would be a negative side effect for me, is that such low payload aircraft can "carpet bomb" targets (i.e. reduce their fuel and ammo), specially if they cause a big depletion effect. So, move-attack-move (reconmove) and long term suppression, definitely yes, but no so sure about fuel/ammo depleting. May be classing them as tac bombers for purchasing/refuel and switch them to artillery class when attacking (with lsup but not carpetbombing trait)?
Top

Another German SPG reworked...The Stug IV, in its early version, with and without schurzen, and including direct fire and artillery mode switches.
Coming next is tha late version with Von Thoma side stand off armor. This other version should have identical stats, but can be given a lower cost, because it used the simplified, easier to manufacture Pz IV chassis. Enjoy!

guille1434 wrote: ↑
Wed Apr 01, 2020 9:31 pm
Another question, given that I don´t have PzCorps installed and I don´t remember about the subject: Can reconmove aircraft move over an hex, attack the land enemy unit under it and then move away?


Recon can move after attack.
Air recon can't attack anything, SA=0, HA=0, AA=0.
If you added attack values it could move-attack-move.
Refueling, and reinforcing clears remaining movement points, not attacking.
There comes a time on every project when it is time to shoot the engineer and ship the damn thing.
Top

Hello Dalfrede: Thanks for the information!
Top

Hello to all...
After the British mustang icons, here is a bunch of American Mustang icons... All of them belonging to the bubble canopy versions. and in a regular (in a less colorful style than Bebro´s icons) and SE colors. The versions are:

- P-51D: The first version to be made with the bubble canopy
- P-51K: In fact, the same model as the D version, its only difference was the installation of a propeller made by another firm compared to the P-51D
- P-51H: Historically speaking, it was a post war variant (it did not reach the combat bases on time to participate in operations) with a lighter airframe, more potent engine, taller tail, and other aerodinamic refinements. It had better performances compared to previous versions. 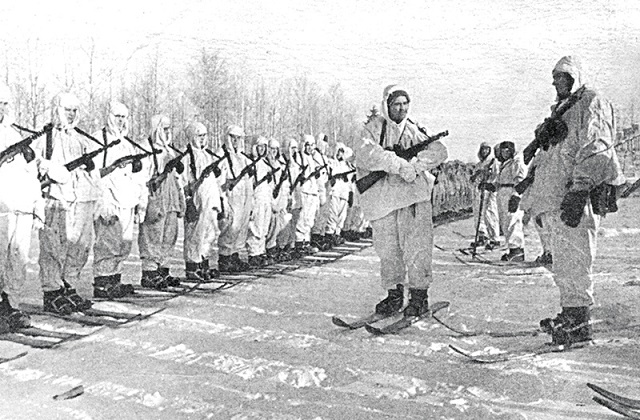 Combat skiers: how they fought in the Great Patriotic War on both sides of the front
https://russian7.ru/post/boevye-lyzhnik ... i-v-velik/

So and actually the question itself will there be ski troops ?
Top

While we are talking about cavalry units, and that Japanese units are being made for the expansion of PzCorps to the Pacific theater of operations, here are some variations for the Japanes Cavlary icon...

Some versions for the Martin B-26 Marauder, as used by the USAAF. Credits to Bebro who made the original icons.

Also, the versions used by the British and Commonwealth air forces... For these ones, credits goes also to Bebro and Phcas for the original icons...

As the Panzer IV tank devised role was infantry support against bunkers and field fortifications, I thought it would be appropiate to make that unit switchable (direct and indirect fire). In its artillery switch, that unit would be able to provide defensive fire to adjacent infantry units... The icons provided here are from the short barrel versions (Panzer IVD and IVF) and I think can be used to cover all the early variants of this tank. 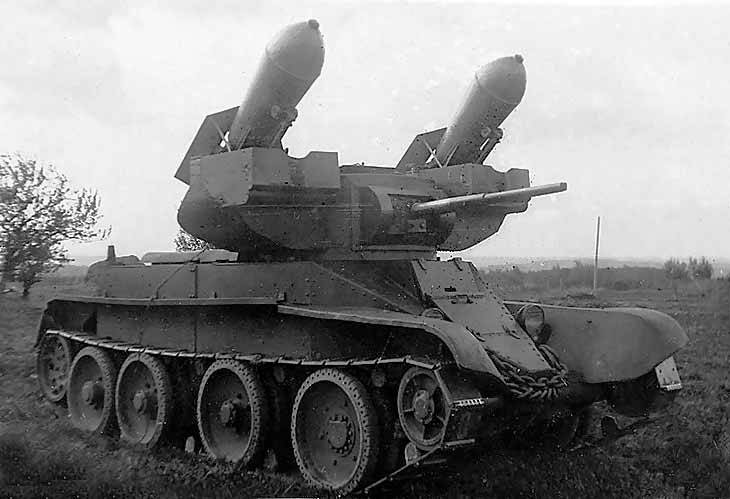 Oh, yes... the RBT-5.Those two big rockest looked impressive. It was a pity that they were not considered effective because of their relative short range and inaccuracy. Anyway, I think they deserve a unit icon.

Also, there was the KV-1K version which had two armored boxes over each fender, for a total of four boxes, each containing two launch rails for 132 mm rockets (the same ones as used by the Katyusha multiple launchers). Again, its production was considered a waste of a heavy tank chassis for such an use. The Soviets rightfully considerd more cost effective to place the launch rails on cheaper truck chassis.

Nice job with those B-26 versions! I have already added the silver one to the BE mod to match the similar silver US heavy bombers and escort fighters from 1944. Later I might add a British (or South African one) as well. Cheers!

Thanks for your feedback! Yes, I like the looks of those B-26 icons, specially the bare metal version, and I am happy to know that you find some use to any of them. I want to tell you that I am also thinking to make a late war, paint stripped version of the A-26. Units with that aircraft type also ditched the camouflage paint on their aircraft towards the end of war. Also, but I have to make some research first, an "aluminium finish" B-25 version would be in my "to do" list, if historically feasible.

As an interesting historical comment, regarding the B-26 bombers used by the South African units in the Mediterranean Theatre, I read they were the only ones that operationally took advantage of that bomber´s ability and gear installed on it to make it able to launch torpedoes. Regrettably, I think the torpedo(es) were carried internally, so no differernt icon for the torpedo carrying B-26s would be accurate, but may be we can take an "artist license" to hang one steel fish below the aircraft belly to make such "special" B-26 units visually different from bomb carrying ones.

Greetings and thanks for keeping on improving your super-mod!!

PS: As a bonus units, here is an "anonimous" (no unit markings), bare metal version of the B-29... I know that historically this bomber did not flew missions over Europe, but just in case, I want to share this icon with you and everibody else. Also, a B-17 with the same look.

guille1434 wrote: ↑
Sat Apr 11, 2020 7:40 pm
Oh, yes... the RBT-5.Those two big rockest looked impressive. It was a pity that they were not considered effective because of their relative short range and inaccuracy. Anyway, I think they deserve a unit icon.

Also, there was the KV-1K version which had two armored boxes over each fender, for a total of four boxes, each containing two launch rails for 132 mm rockets (the same ones as used by the Katyusha multiple launchers). Again, its production was considered a waste of a heavy tank chassis for such an use. The Soviets rightfully considerd more cost effective to place the launch rails on cheaper truck chassis.

Excellent you came out "rocket" BT )