I just played the first Tolvajarvi beta scen and it was hard but fun, I captured the flag so I think I won..

Shall I post an endgame screenshot and make some awesome tactical comments?
Tanks were invented to make war more fun
Top

With pleasure my friend!
Top

This one is my plan before the game started, namely to simply send all 3 Finnish groups towards the flag- 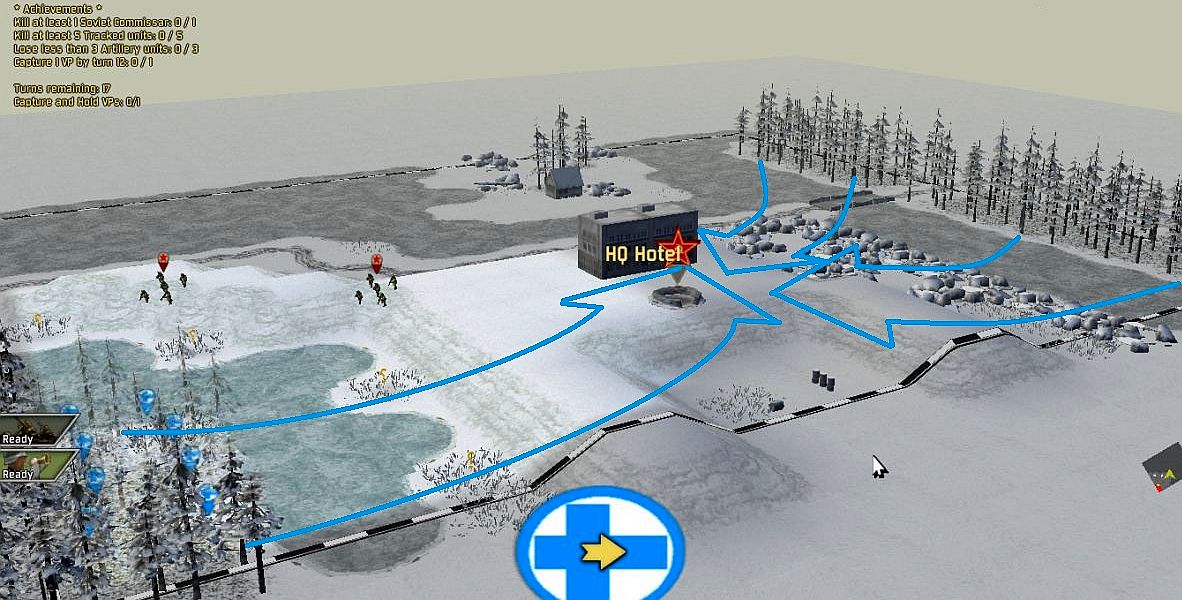 And this is the endgame screenshot below, my bottom left group was the only one to get a unit to the flag despite appalling losses.
My other 2 groups were pinned down in the rocks on the right and almost wiped out, they only got as far as the dotted line.
It was a very enjoyable scen, I know I somehow miraculously captured the flag by pure luck, but because I never achieved some of the other objectives I don't know if I actually won the battle.

Suggestions- I think the first battle in any campaign should be fairly easy to win so that players can get a foot in the door and be eager to play the rest of the campaign, so in that respect I think this one was a little too difficult, I almost abandoned it a couple of times myself, thinking "I can't possibly win this!".
So I'd suggest deleting 2 Russian tanks, delete one of the Russian mortar units, delete 3 Russian infantry units, give the Finns 3 more AT-rifle units, and that should make it easier for the Finns to win.. 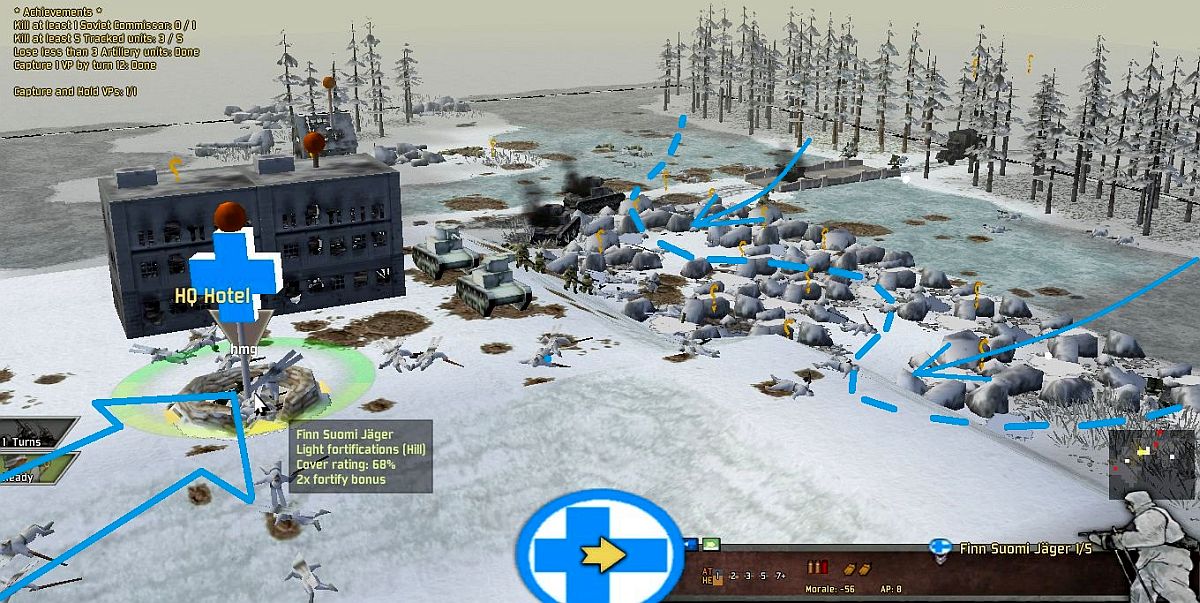 Thank you for your opinion.
In general, my scenarios are rather difficult. They are aimed at players who master the basic game and want hardcore scenarios.
I rarely change the content of my scenarios unless they are impossible to play or win.
This scenario is based on a historical scenario created on miniatures and I tried to keep it in mind: the first decimated battalion, the Russian reinforcements on the island ...
The best tactic to win is to wait until all the battalions are in place, to attack first with the 2nd and the third and then once the tanks are engaged, take the reverse with the first battalion.