Everyone is pretty tired at this stage of the weekend. Game 4 starts at 16.30 and runs through until 20.00. I was drawn to play Steve Brown using Medieval Scots (Continental) – a very similar army to my own. Steve had got off to a very poor start being annihilated on Game 1 by the Isles and Highlanders but like me was back on an upward trajectory.

Steve won initiative and opted for Agricultural. Most of the terrain fell at the edges but I was fortunate to get an Enclosed Field which I would focus my deployment on. 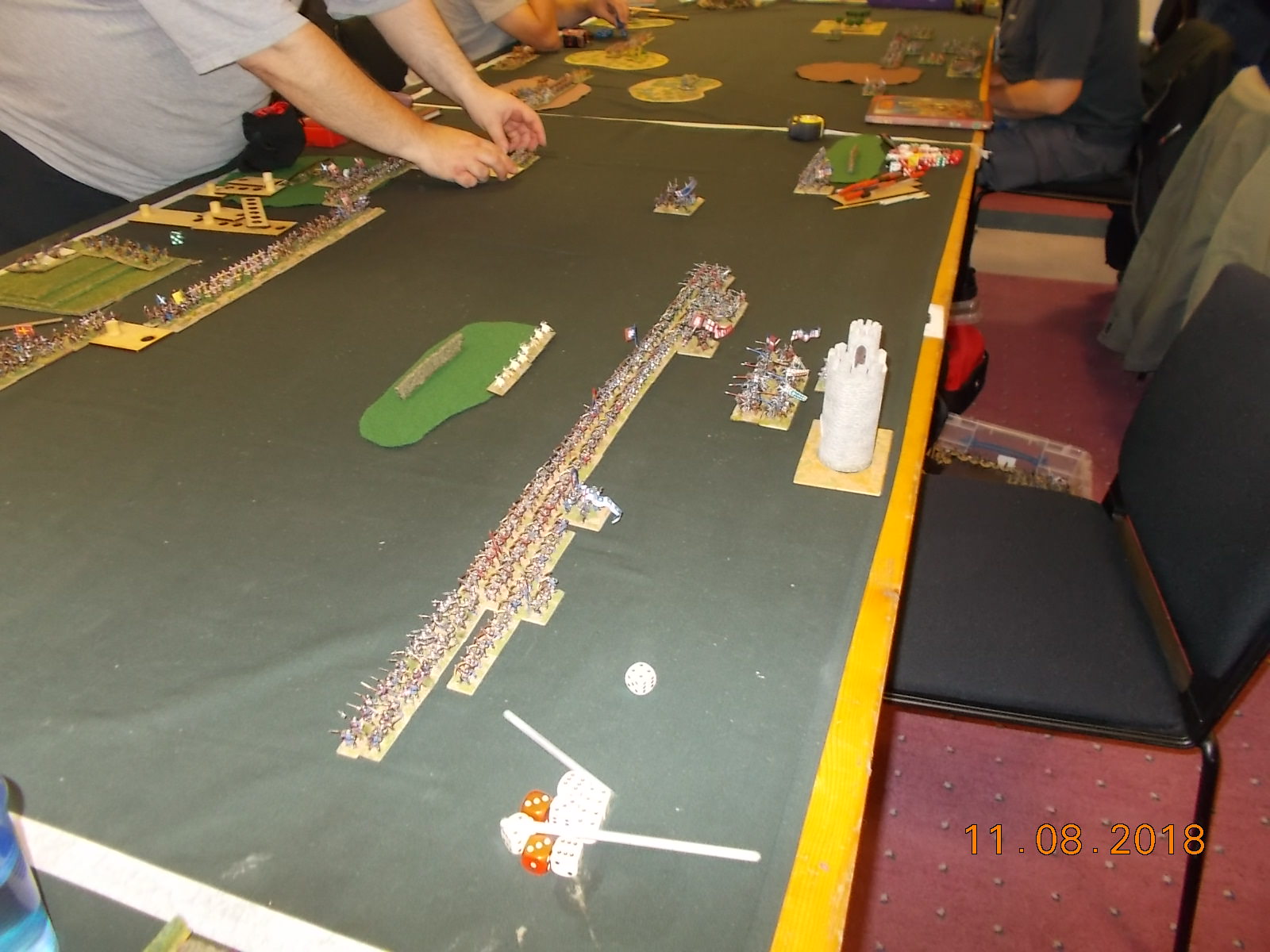 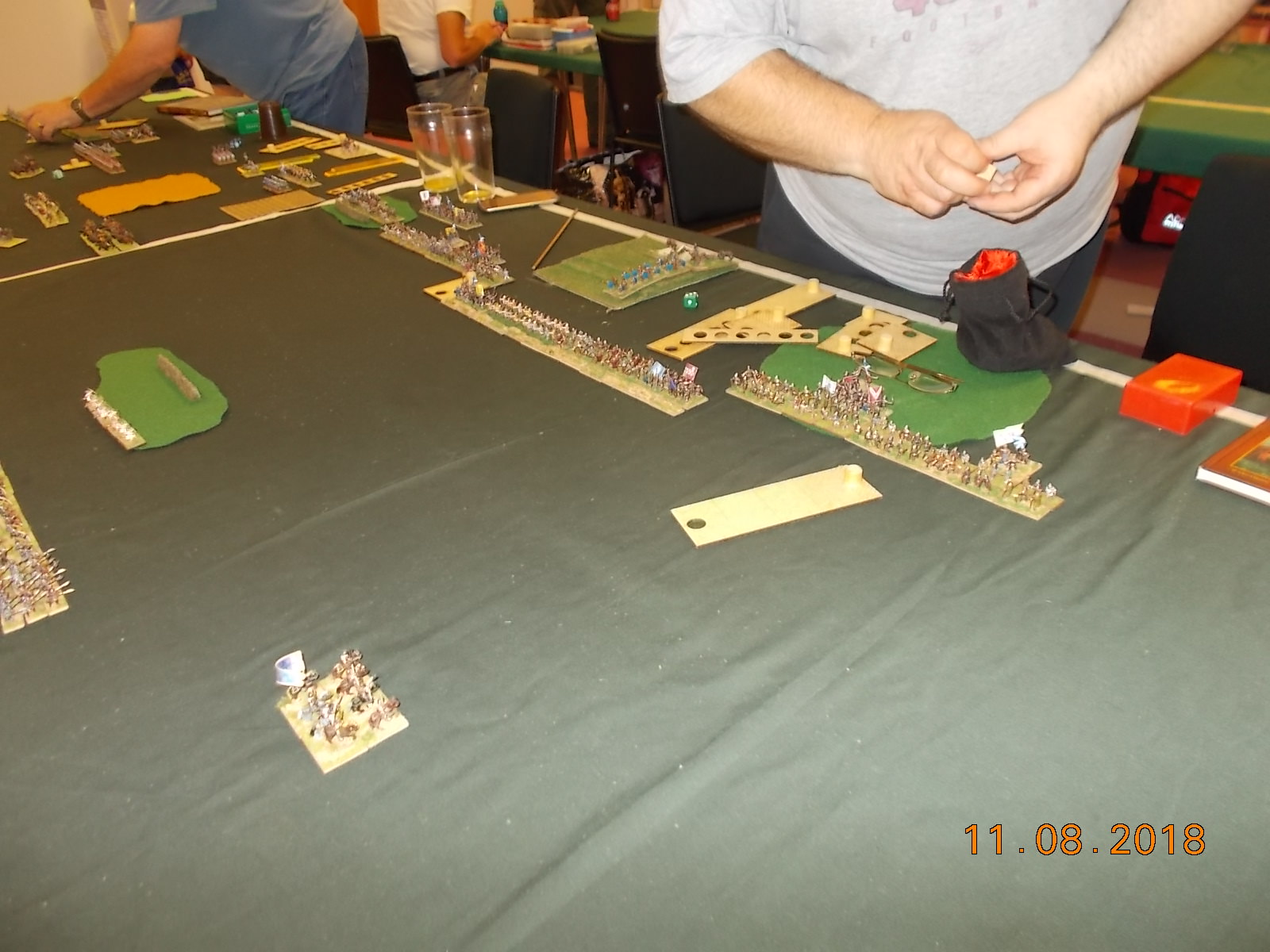 My Knights stayed mounted on the basis that they should be able to ride down LB or HF in the open. I sent a BG of LB off on the right to try and draw off some of Steve’s troops.

The Scots advanced and the shooting war started almost immediately. The initial shooting was fairly ineffective and the protection of the EF would help me greatly. 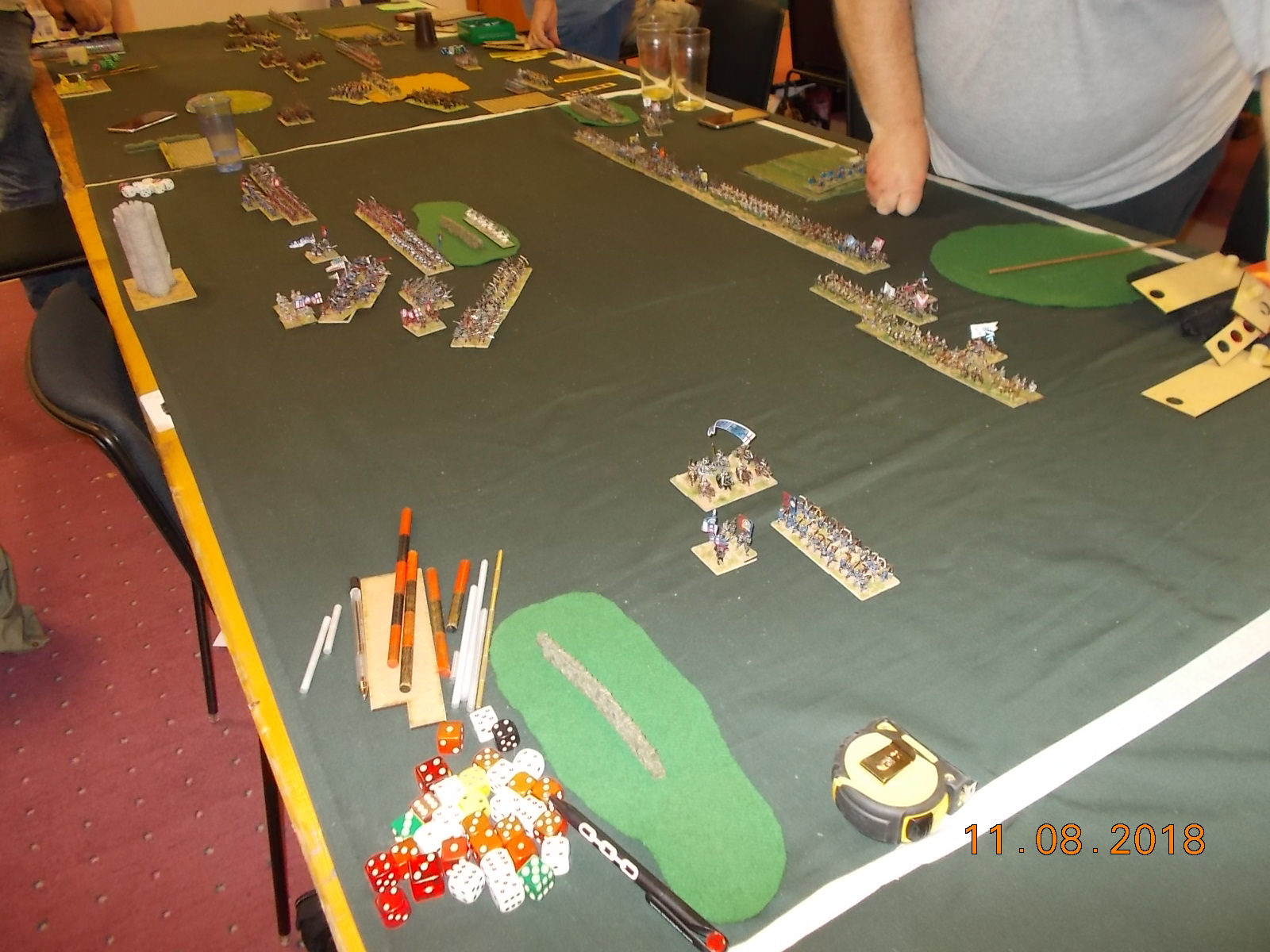 I attacked the 2 x 8 MF with a BG of Billmen whilst charging some HF and a LB BG with my Knights. 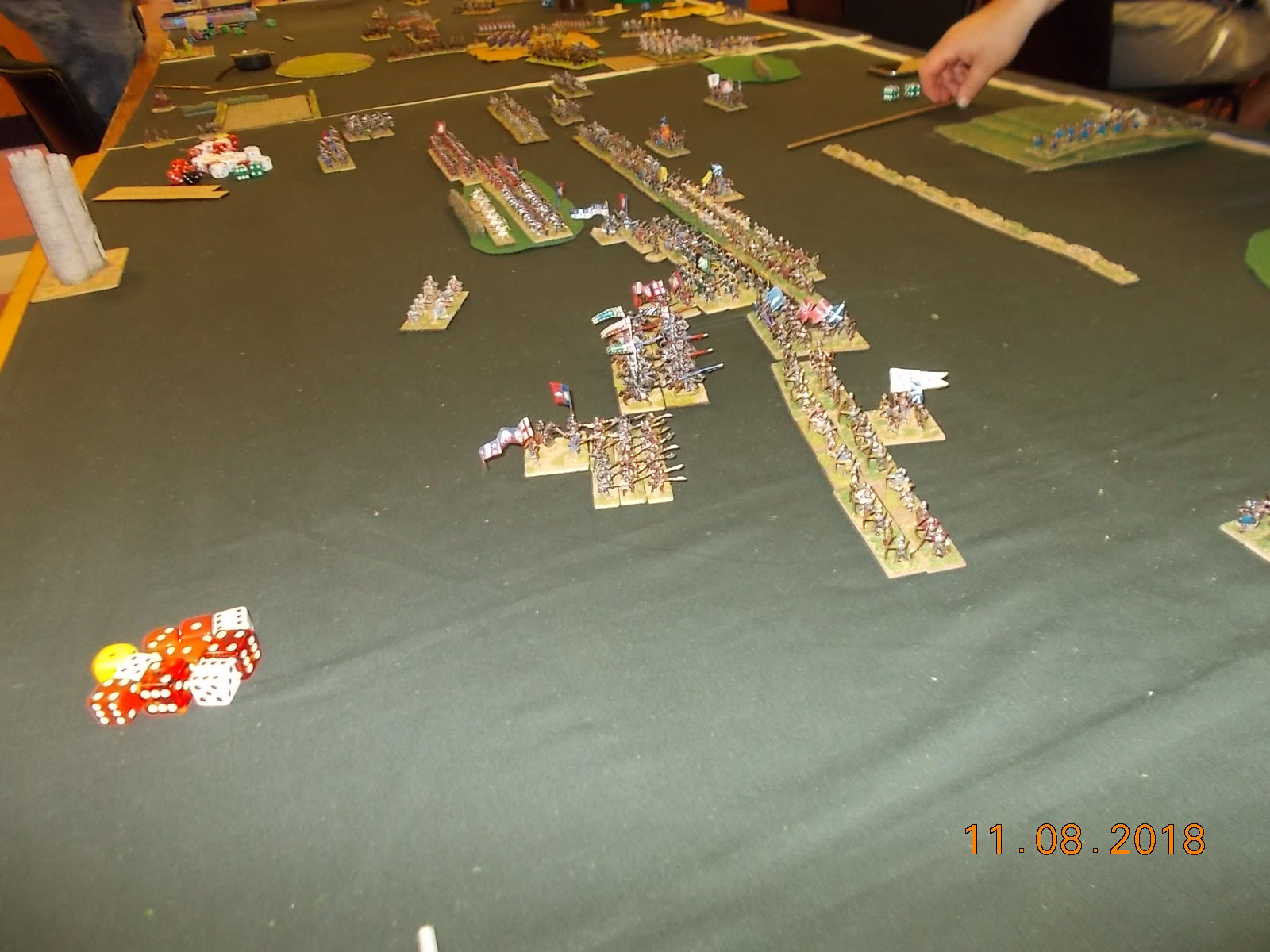 My HF broke one of the LB BGs but would eventually be broken by base losses. The surviving Scots LB then pursued into my LB. The Knights broke the HF but the LB proved more resilient and we eventually had to break off. 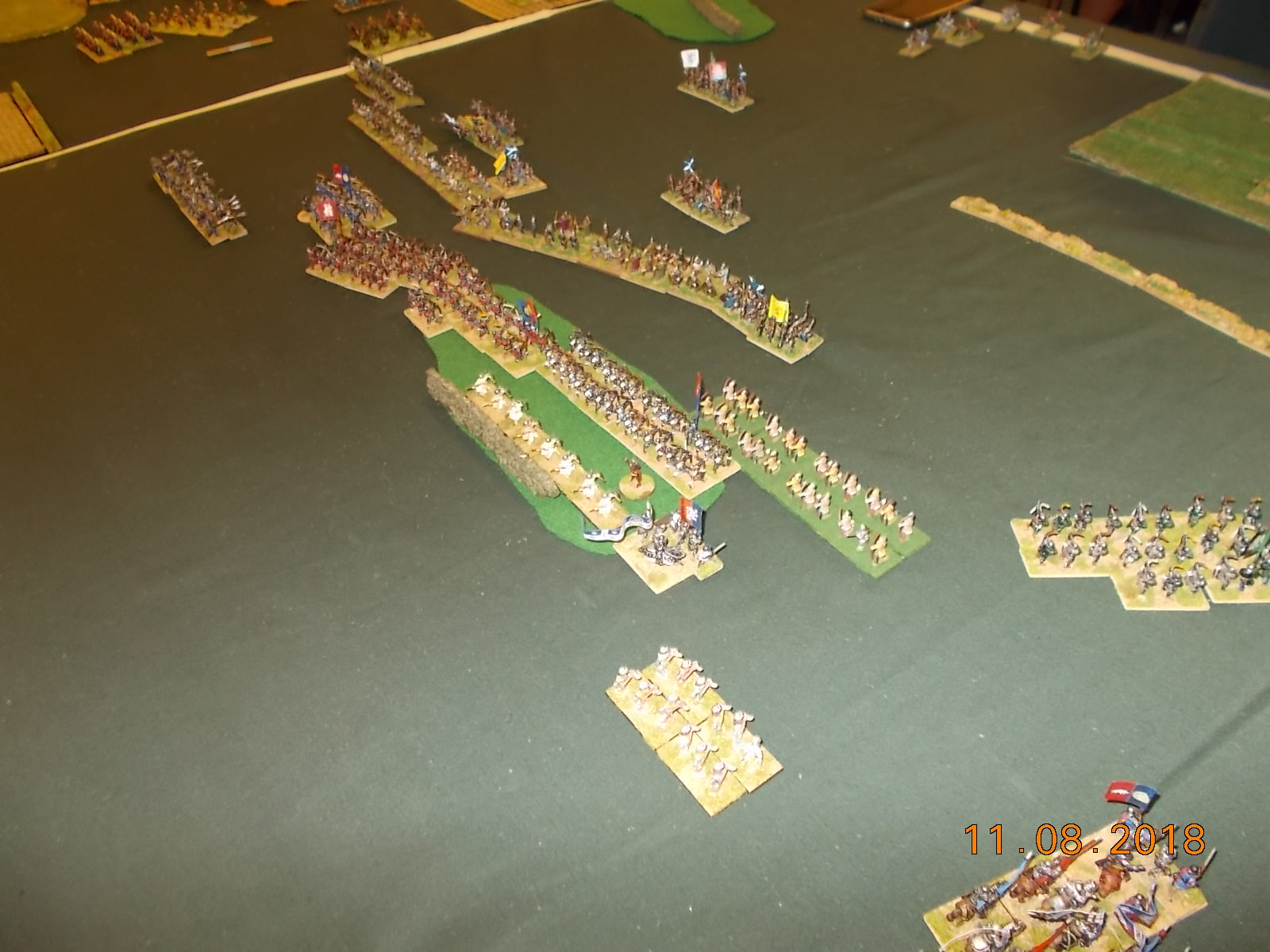 My decoy BG had drawn off 2 Scots BGs and I failed to use my LH effectively. The Scots LB BG was 1 base from auto breaking when the HF eventually got into my LB and that would be the end of them. 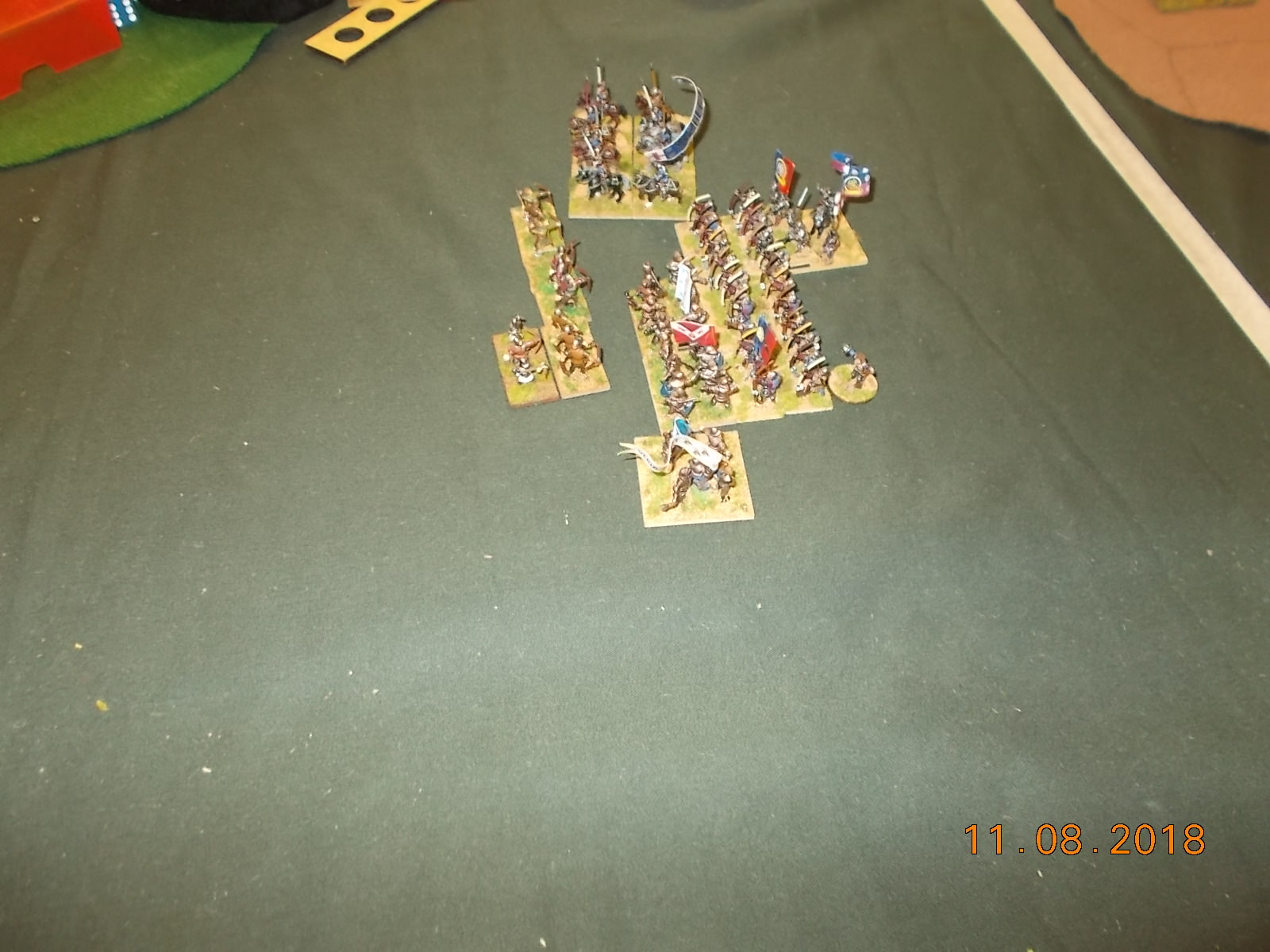 Back on my left the sheer weight of Steve’s shooting numbers was starting to tell. Without the protection of the EF my flank LB BG was broken. Unfortunately the supporting HF didn’t like it one bit and dropped to fragged with snake eyes! 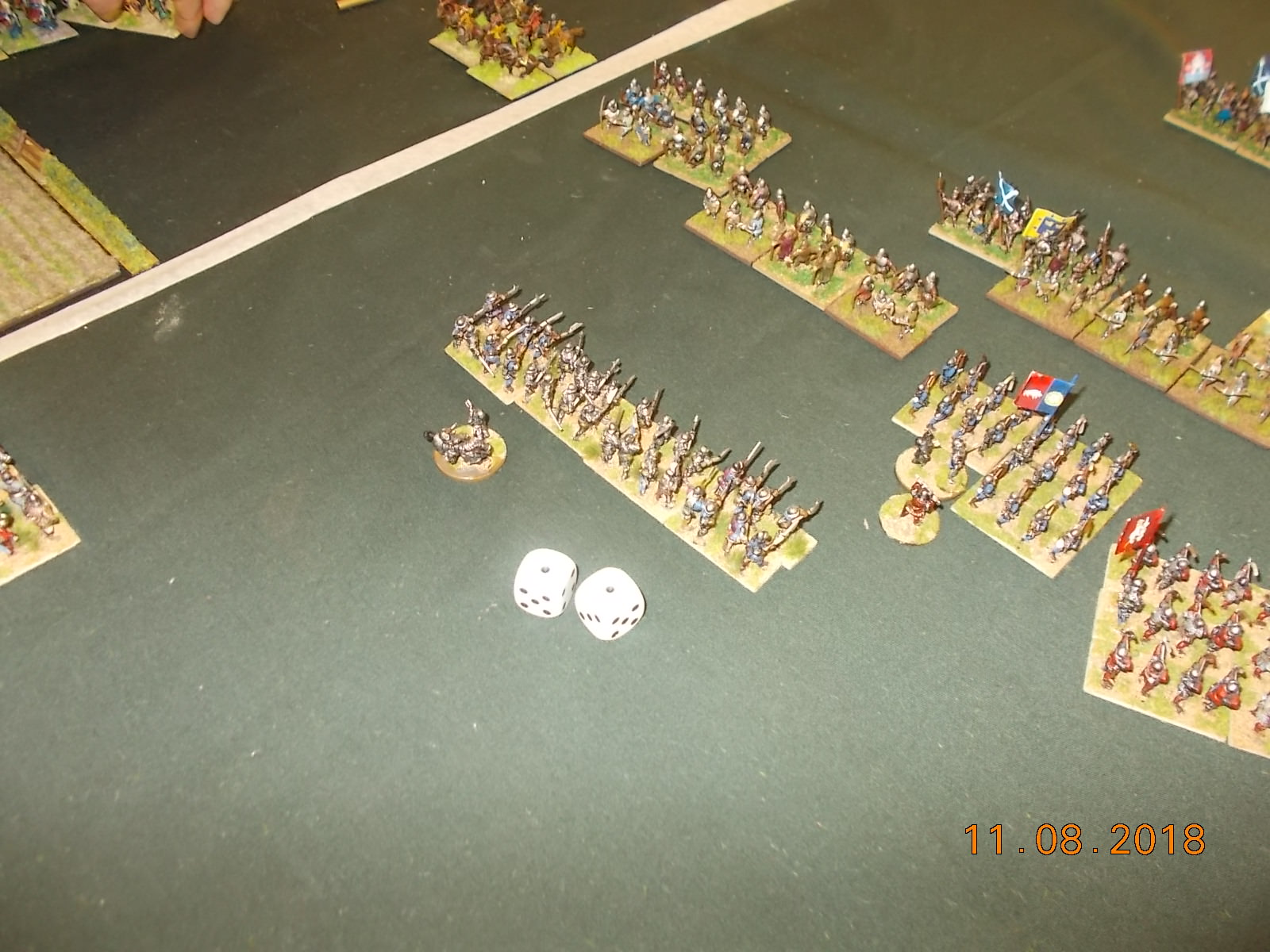 On the right the Knights went in again this time with HF in support. They would eventually beat the LB but my HF were also lost on base losses.

This was a cracking game that could have gone either way. In the end I think Steve edged it largely because his army was so much bigger. But we both scored well as we’d played aggressively which is rewarded by the scoring system with double points for losses inflicted.

Off for a curry and a few beers before tomorrow’s final 2 games.
Pete
Top

Thanks for posting these AAR, Pete.
Top

The Scottish HF were all armoured.
Top
Post Reply
3 posts • Page 1 of 1