The hill tribe will forever be known as the elephant slayers after this one. Totally unexpected. Thanks for the game Garokan -- it really got close near the end!

A battlefield with only a little rough terrain made it difficult for the Samnites. Thanks for the game!
Top

gg
Look back over the past, with its changing empires that rose and fell, and you can foresee the future, too. M.A.
Top

Wow! The Samnites absolutely crushed the Greeks early, forcing them to the brink of defeat by the two thirds mark. The Greeks, however, were able to absorb the damage and somehow held on for the marginal victory. Truly amazing to see how vicious impact foot can be. Bomber23 clearly knew what he was doing in choice and deployment of his troops. Good Game!

Thx to my opponent
Top

Both bravely fought with the Indian archers on the verge of collapse. But alas, too late.
Top

Thanks for the game paulmcneil 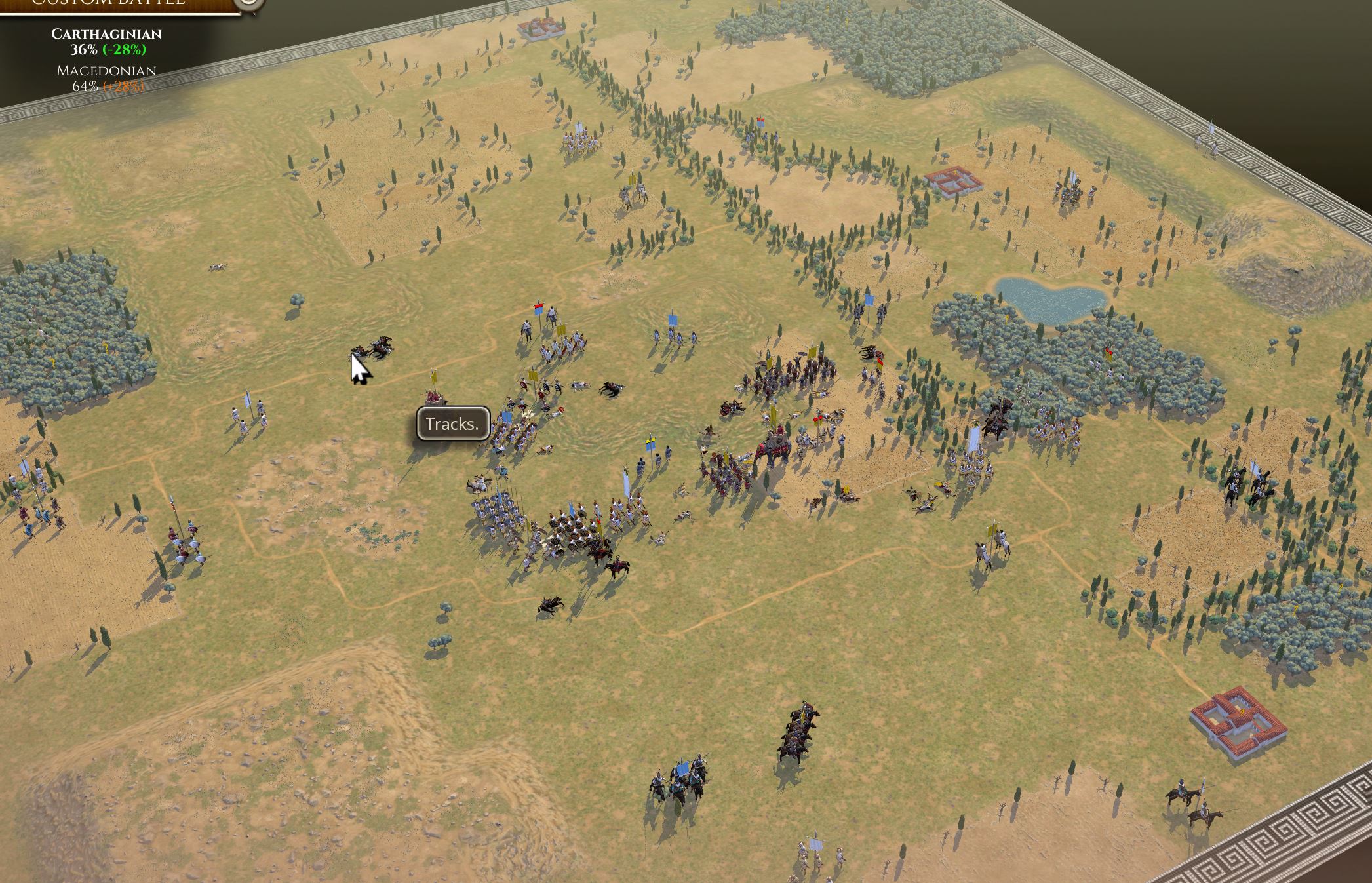 The center of the map contained a decent sized hill that both armies started behind and roughly centered on. The Macedonians went up the hill, while the Carthaginians feigned like they would follow, but then withdrew their center and left to rough ground just below it (except some ele and cav sent far left to meet the Macedonian lancers), and flanked in a large block of impact foot to the right. The Macedonian Pikes took the hill, but their weak left flank of Thureophoroi and Thorakitai just to the side of the hill were quickly routed by a huge mass of charging scutarii and warband combined with noble cavalry flanks. Then, the pikes were left with the prospect of staying in place and being surrounded, or coming down off the hill and breaking their formation. They chose the latter option and charged, routing and scattering a number of inferior Carthaginian foot. For a moment they looked to have the advantage, but that charge opened them up too much. Spread out all over the place, they were flanked first by the warband and scutarii they were now in and among, and then from elephants and cavalry coming back from their own right/the Carthaginian left after the lancers there were broken by those elephants.

gg to phoyle, it was a high casualty game that was uncertain until pretty near the end.
Top

A constrained battlefield limited maneuver so the Romans smashed the Antigonid left flank while their own left flank was defeated. However, routed pikes count more towards defeat than MI. Good game.
Top

A rough area in the middle of the map made manuevering difficult by the heavy troops of both armies. The Pyrrhics had success on their right flank, however, and were able to capture the win.
Top