Thought of the Day
"Do not hope for more than you are. Be content in your lot, for you serve the Emperor!" 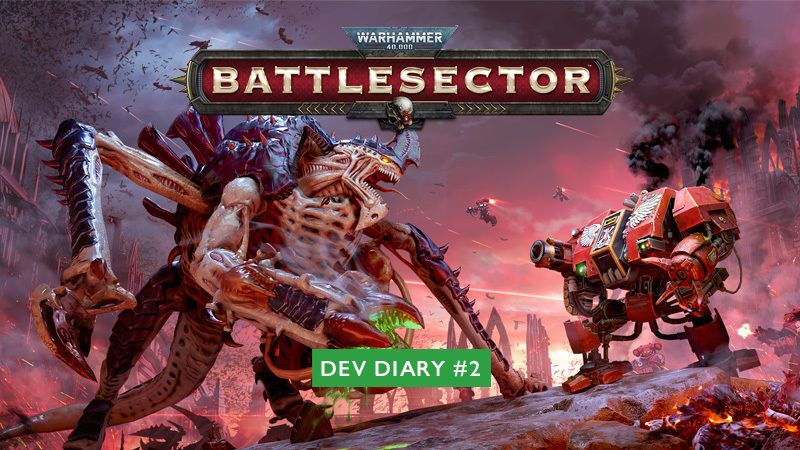 It’s hard to believe it’s almost a month since Warhammer 40,000: Battlesector was launched!

We’ve received a lot of feedback and feature requests from you since the game was released. In this diary, we’ll talk about some of the most common requests, and what we are doing about them.

The most common request we’ve seen is for more units and factions. Everybody has a favourite faction and wants to be able to deploy their preferred units on the battlefields of the 41st millennium. The good news is that we are already hard at work on adding more factions. We always expected this game to grow and evolve over time, and adding factions is a part of that plan.

It’s important to us to maintain the quality level of the base game, and creating a faction takes a lot of work. We really look forward to being able to show you the new units we are working on soon!

Two other feature requests have come up quite a bit, and they are a veterancy system and a more in-depth unit management system in the campaign.

It’s true that in the campaign, losing units doesn’t really matter much because you can easily add replacements without cost. This was a design choice we made during development, as we wanted the focus of gameplay to be on tactical decisions in battle, over RPG-like systems and trying to keep units alive.

We are adding systems that fit with our design goals for the game, whilst providing both a lightweight Veterancy system and an opt-in Requisition Actions system that adds more decision making outside of battles.

The Veterancy system will add 1% accuracy and 1% crit chance for each mission a unit survives. This benefits units that survive, without making them disproportionately more powerful than their initiate brethren.

Requisition Actions is a new campaign difficulty setting, which is enabled for higher difficulty campaign settings, and disabled by default for Initiate difficulty. You’ll be able to enable or disable it to suit your preference when starting a new campaign and adjust reinforcement rates.

In this system, you’ll be given a number of Requisition Actions when a mission is completed. Each unit you add to your army uses a Requisition Action. Furthermore, most units will have a limit on the number of units that can be requested before each mission, and a cooldown before they can be requested again. For example, Librarians are less common units than Aggressors, so an Aggressor squad has a short cooldown, whereas a new Librarian can only be requested after a few missions.

Requests for Intercessors and Assualt Marines are only limited by the number of Requisition Actions available, to prevent scenarios where your army is depleted, but can’t add units due to cooldowns.

We’ve seen users request more control over graphics settings, so we are adding the options to change or disable shadows, anti-aliasing, ambient occlusion and bloom, as well as more control over v-sync settings and frame rate caps.

And of course, we are also working on fixing the most pressing bugs that are being reported to us.

Finally, if you are a console player waiting for Battlesector to come to your favourite console, we want you to know that we are still working on console versions. Whilst we don’t have timeframes yet, we want you to know we haven’t forgotten you, and want to make sure the consoles versions are as good as we can make them before release. Thanks for your patience.


For the Emperor and Sanguinius!