Take up the role of a great wizard, wield powerful spells, command fantasy races and challenge your rivals in this remake of a cult turn-based strategy classic. Do you have what it takes to become Master of Magic?
Post Reply
2 posts • Page 1 of 1

In this month’s spotlight, we’ll talk about the brave mercenaries who may decide to join our cause, the heroes and champions of Master of Magic. So first things first, all 35 are coming back and as with everything else, we are attempting to recreate all their skills and special abilities faithfully. 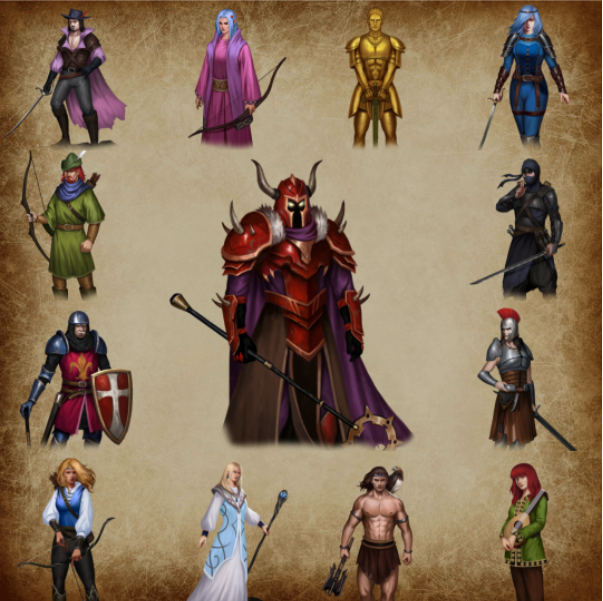 Here are some of the mercenaries returning to Master of Magic.

There are two types of mercenaries in Master of Magic, Heroes and Champions. Heroes are the more common hired hands, while Champions are the more unique characters. Every mercenary in Master of Magic has their own, short backstory and fun flavour to explore. In terms of mechanics then, the Champions tend to have more abilities and higher stats than heroes, as well as higher prerequisites needed for them to be interested in serving you.

Some of the extra, non-canon events we’ve added may have specific mercenaries join the wizard as a reward, or some events may have a special path unlocked when a particular type of mercenary is present. 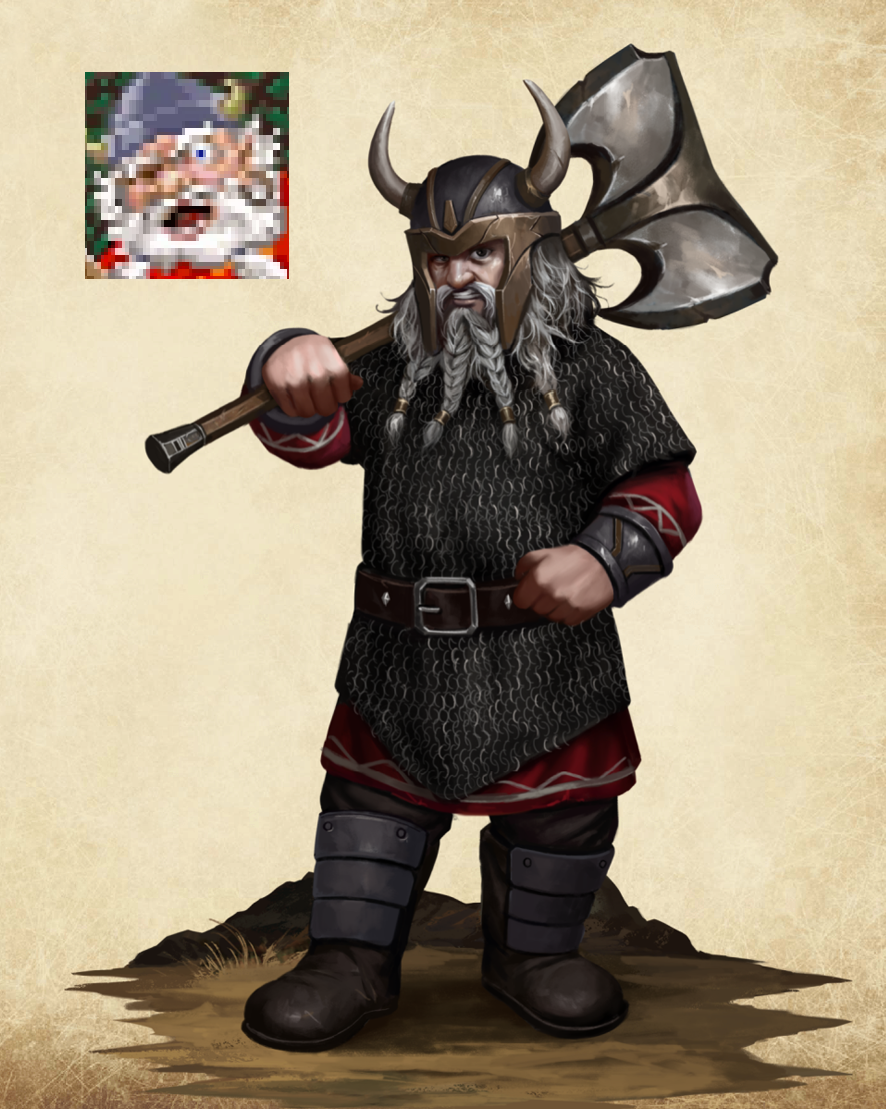 Brax the Dwarf, also known by the name of Brax the Berserker. A dwarven warrior with an insatiable lust for combat. 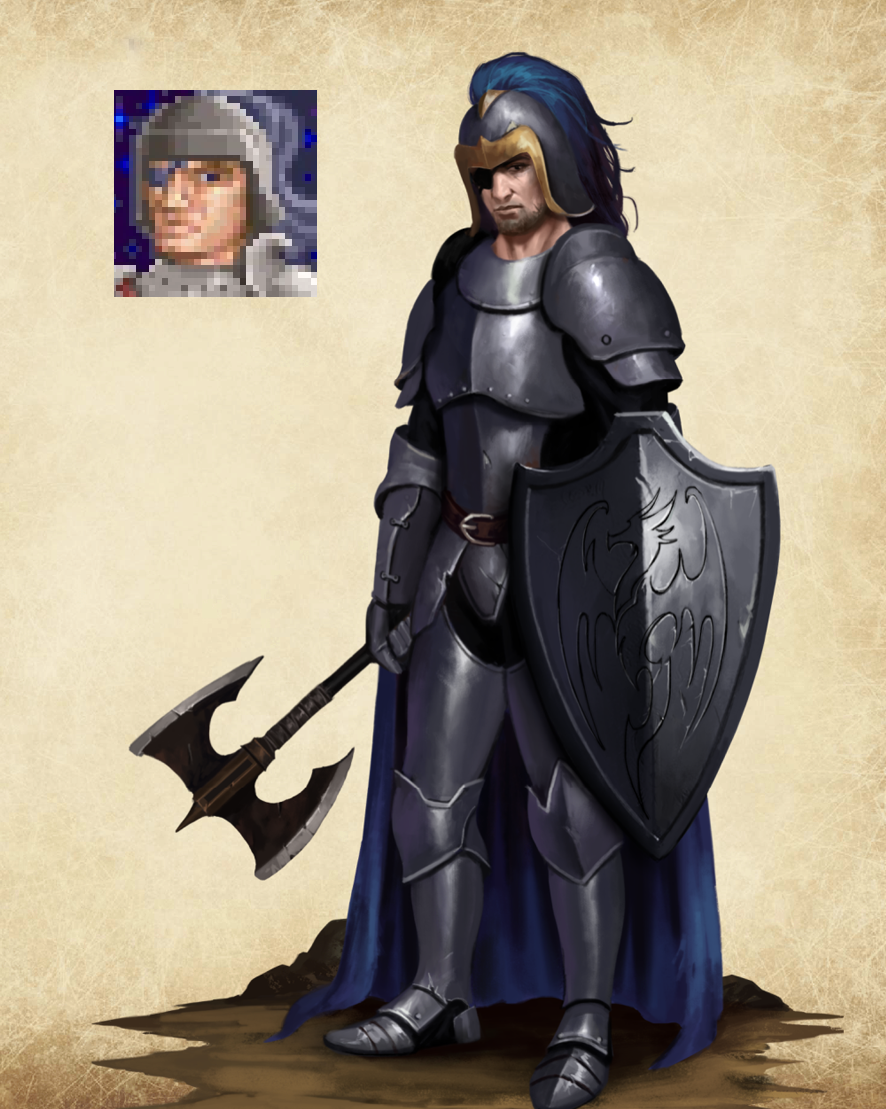 Some say Deth Stryke was a lord once, or even a prince, but he lost to some epic duel and his eye patch now remains as the only proof of such a past.

Mercenaries are attracted to wizards with high Fame. Some champions also require a specific alignment (Mortu for example, requires 40 Fame and at least 1 Death spellbook).

When you have the right Fame you have a certain chance that a recruitment event will be triggered and you will then be able to hire the mercenary that happens to be interested in joining you.

You can also find and rescue Heroes from random locations on the map (note that you cannot find Champion this way, they are too good to be caught by some random bandits!)
There is also one Champion, Torin, who can only be summoned by the Incarnation spell, from the Life book.

Recruitment also comes at a cost. Mercenaries will often require an initial payment (unless you have rescued them) and then upkeep in gold. If you lack the gold to pay your mercenary, they will leave you. 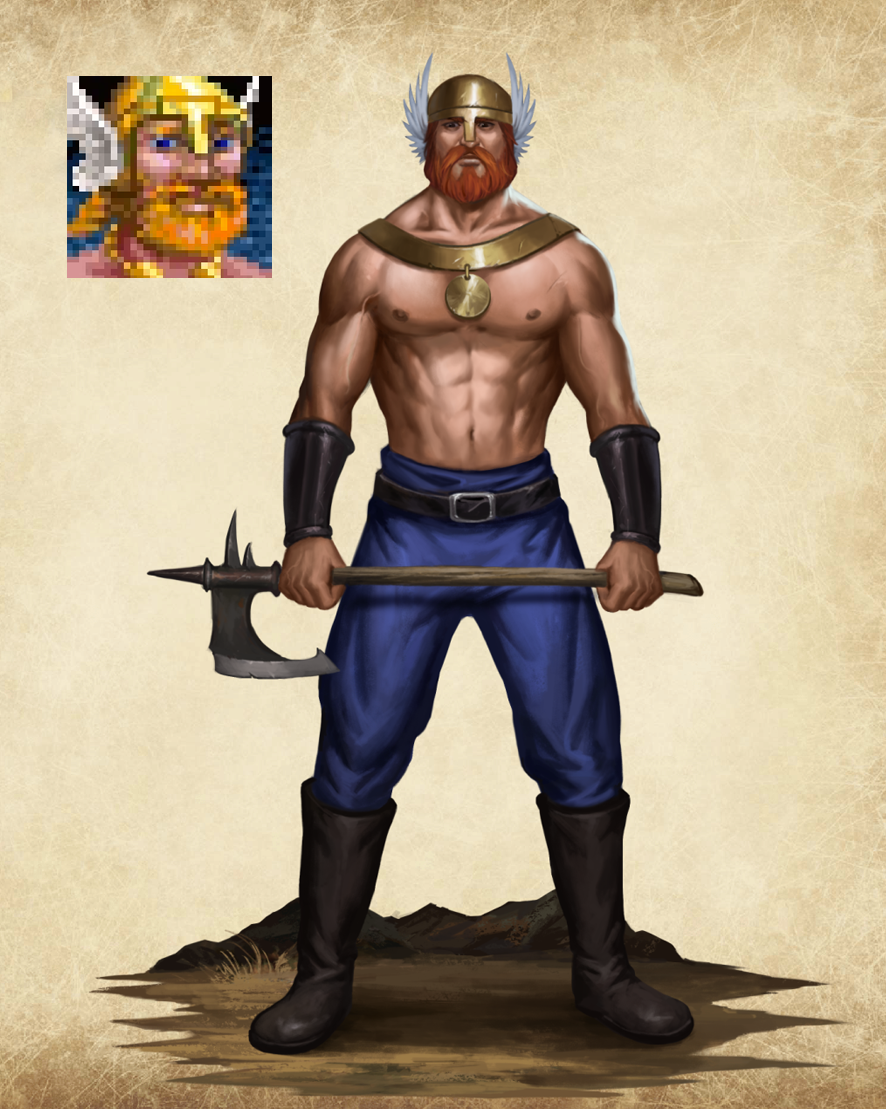 Gunther the Barbarian is a warrior of great renown. He boasts the ability to single-handedly turn a huge grain wheel if needed. 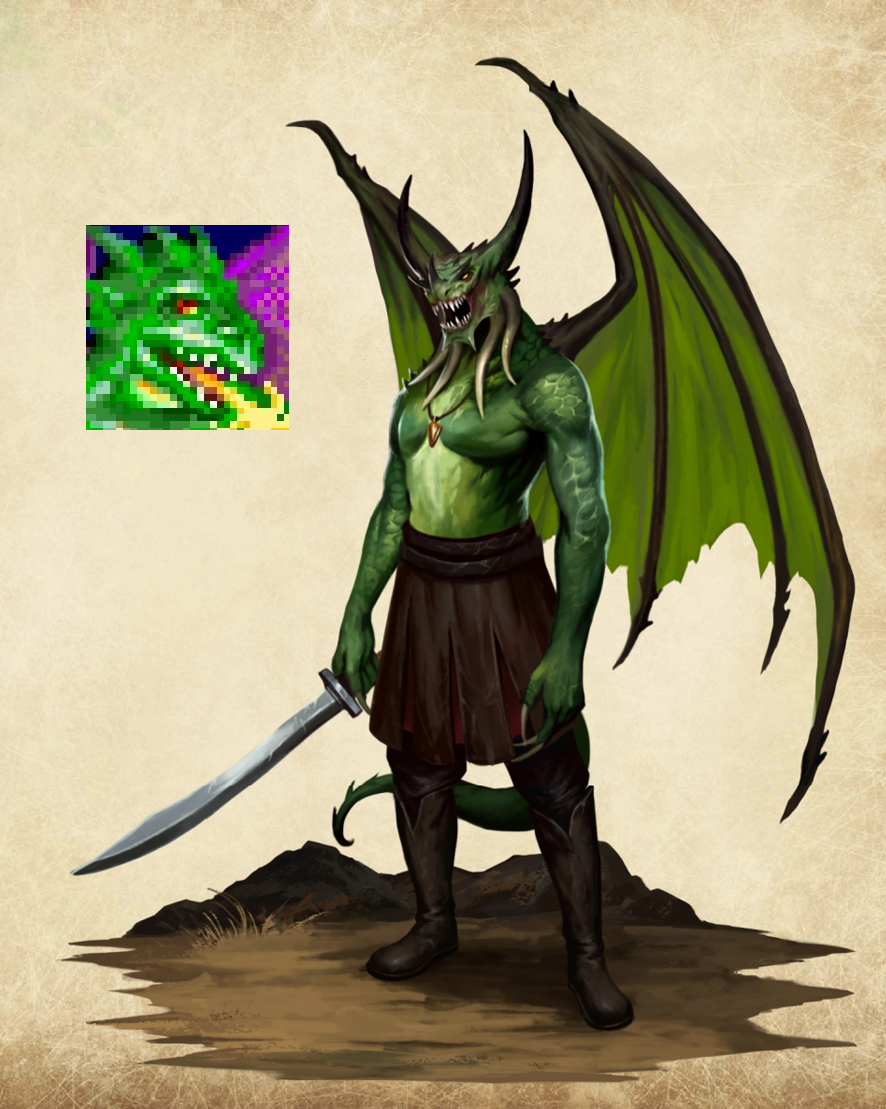 Fang the Draconian is a formidable warrior of imposing stature. Descended from dragons, Fang is an intimidating foe. 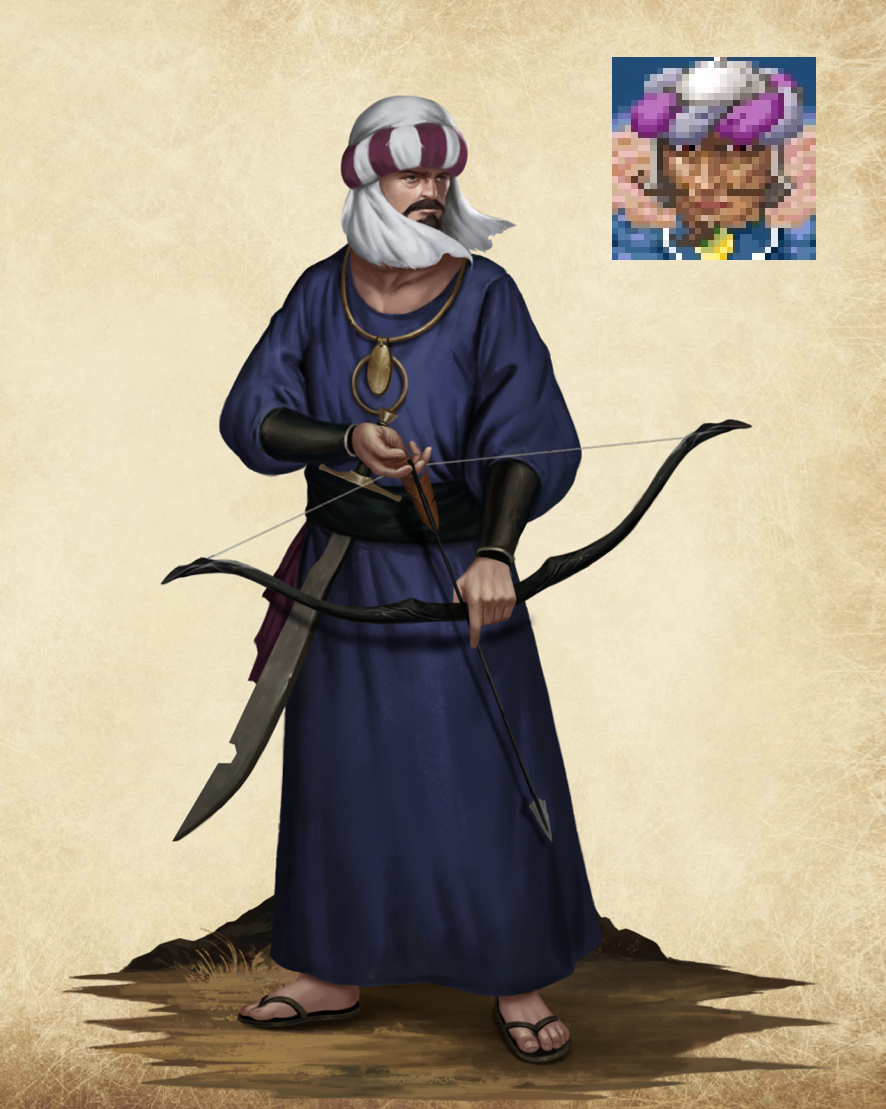 B’Shan is a dervish monk, devoted to his duty and service. His Noble intentions mean you get his service free of upkeep!

Mercenaries tend to have some preset abilities, ones that support their flavour, plus some have additional, random abilities, so that even the same mercenary can play a little differently each time you recruit them.

The Noble ability is great, as a noble mercenary does not charge you any upkeep for their service
Caster ability allows the hero/champion to cast their own spells in battle, independent of the wizard
Legendary champions give their wizard additional Fame, because they are so cool
Mercenaries, like all units in Master of Magic, can have melee, ranged or magic attacks, and some heroes and champions will have a combination of those.

Stats can also be improved by Artifacts.

A look at the WIP artifact screen, where you can assign equipment to your mercenaries.

Artifacts are powerful objects that you can either find or conjure up. They give bonuses to your mercenaries. We’ve recreated all of the equipment from the original (there are 250 artifacts ready to go), and as of now, only the ‘invisibility’ skill is still work in progress.

Each character will have three slots that can be equipped and depending on the type of mercenary they are, they may have slots for melee, ranged or magical weapons, armour, shields and jewelry.

There are no restrictions for building artifacts, although we may implement one where you cannot apply a spell/skill that is not from your magic school. And so, in our remake, the items from the ‘forbidden item list’ that can be found on the original wiki, are no longer a stuff of mere dreams.

Fun fact - there was a skill for artifacts in Master of Magic - Power Drain, that reportedly did not always work as it should have, but we made it work (alright, it isn’t so much fun, but we’re excited about it...) 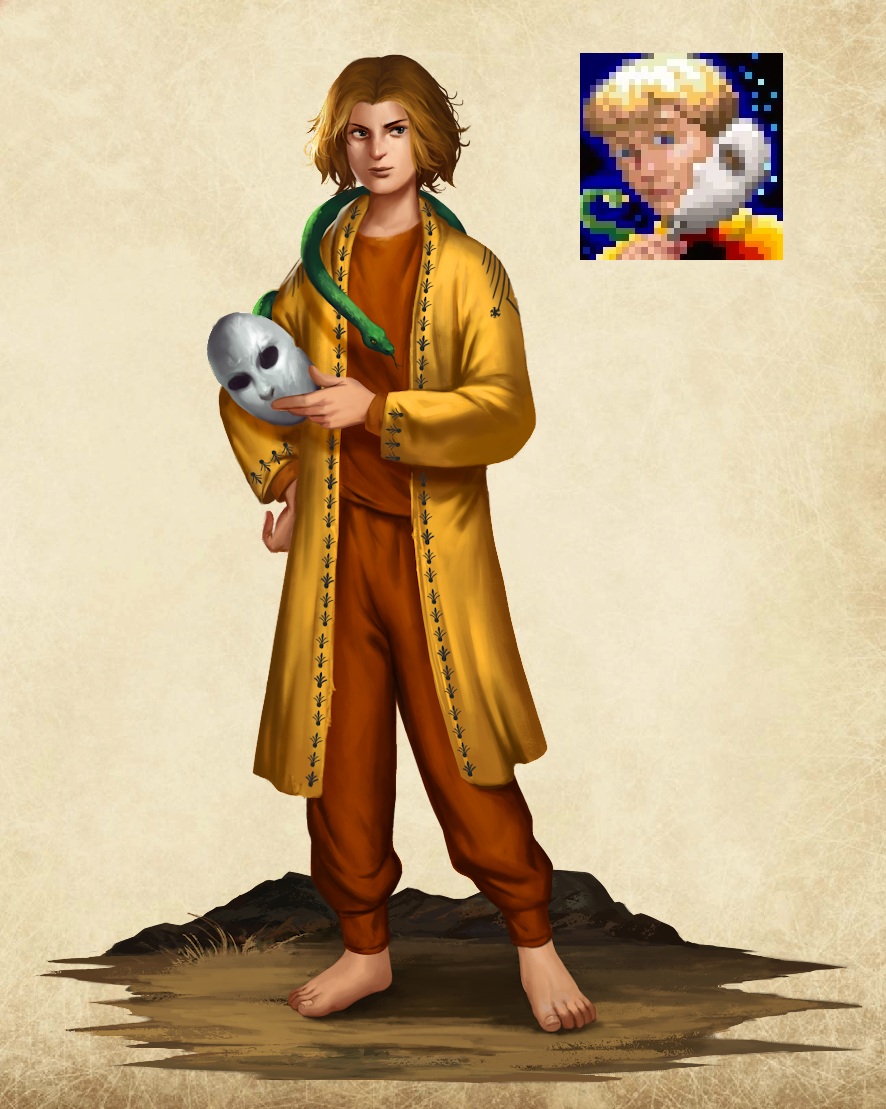 Aerie the Illusionist a trickster, specialising in mind magic and deception. She appears as a mere child, and often wears masks and costumes.

Most of your mercenaries will simply die like any other unit, but you can research spells that allow you to resurrect the fallen. If you recruit a mercenary that previously died in your service, they cannot remember what they achieved before, or perhaps the trauma of death set them back, but either way, they begin at the starting level again.

You can also dismiss a mercenary at any given time. 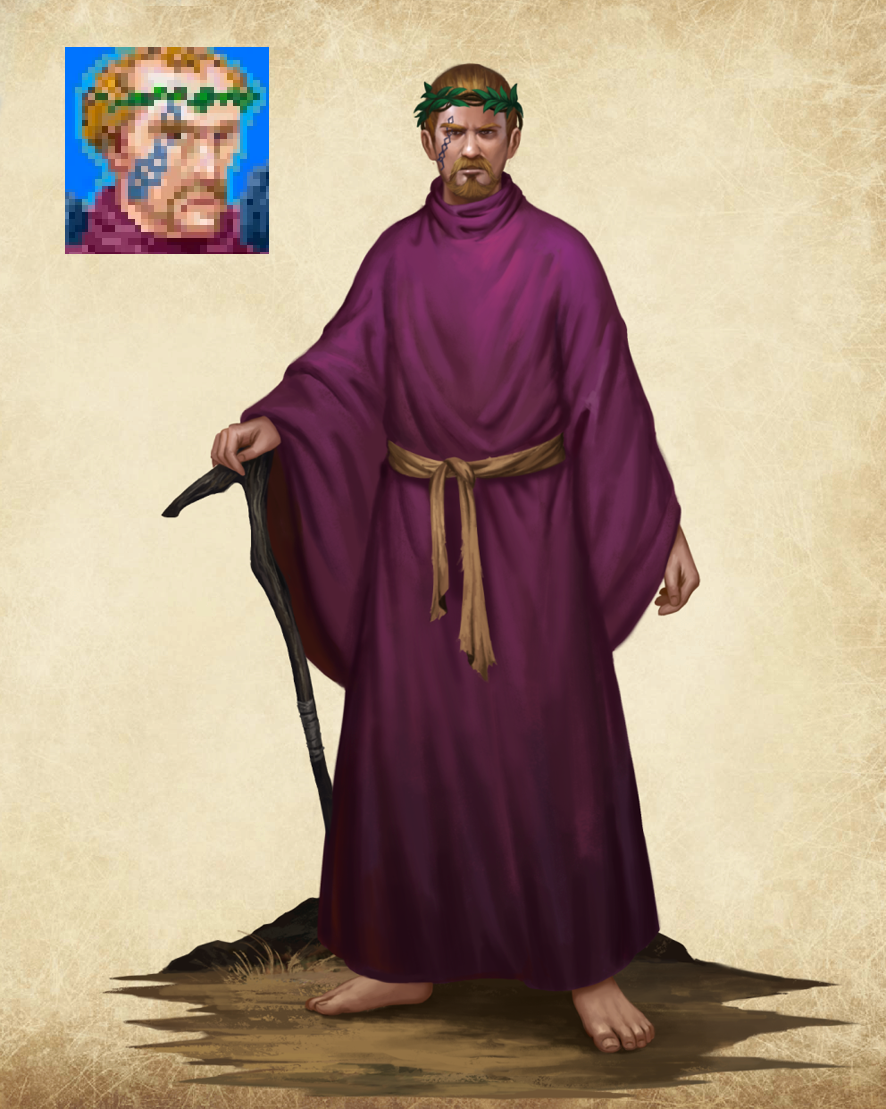 Grayfairer the Druid cultivates the age-old traditions of nature warship. He is devoted to his study of the mystical ways of nature.

That is all for now, but we will leave you with a look at a couple more new wizard portraits. Don’t forget to join us on Discord for a discussion of this month’s dev diary. 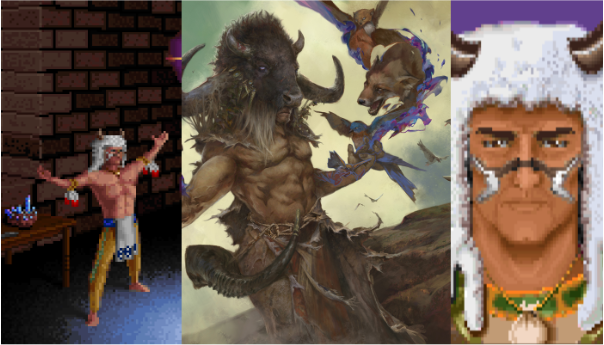 Raven, the master of both nature and sorcery magic and powerful shaman on a journey of spiritual discovery - and ultimate power, of course... 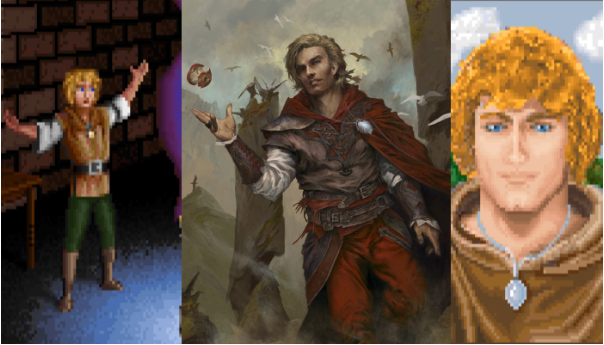 Horus remains the young, seemingly carefree lad he once was, although I think he does have better hair now...
Top

There are two types of mercenaries in Master of Magic, Heroes and Champions. Heroes are the more common hired hands, while Champions are the more unique characters. Every mercenary in Master of Magic has their own, short backstory and fun flavour to explore. In terms of mechanics then, the Champions tend to have more abilities and higher stats than heroes, as well as higher prerequisites needed for them to be interested in serving you.

Some of the extra, non-canon events we’ve added may have specific mercenaries join the wizard as a reward, or some events may have a special path unlocked when a particular type of mercenary is present.


Maybe I'm misremembering, but weren't there also *actual* mercenaries/experienced units that offered to join you sometimes? In some cases this was quite good, because you could hire units from other races you usually wouldn't have. This was also very useful early in the game, if you could hire units you didn't have the necessary buildings for yet.

Apart from that, there were also heroes.
Top
Post Reply
2 posts • Page 1 of 1