Broken Arrow is a large-scale real-time modern warfare tactics game. A unique army building system and deep units customisation tools allow for endless replayability. With 200+ realistic military units and technologies, each battle is more immersive than ever before.
Post Reply
1 post • Page 1 of 1

We have previously discussed vehicles and helicopters, and it’s now time to shed some light on the oldest weapon platform of them all: the infantryman.

Infantry has a very important role in Broken Arrow because it has the upper hand over vehicles and helicopters in entire sections of the battlefield. 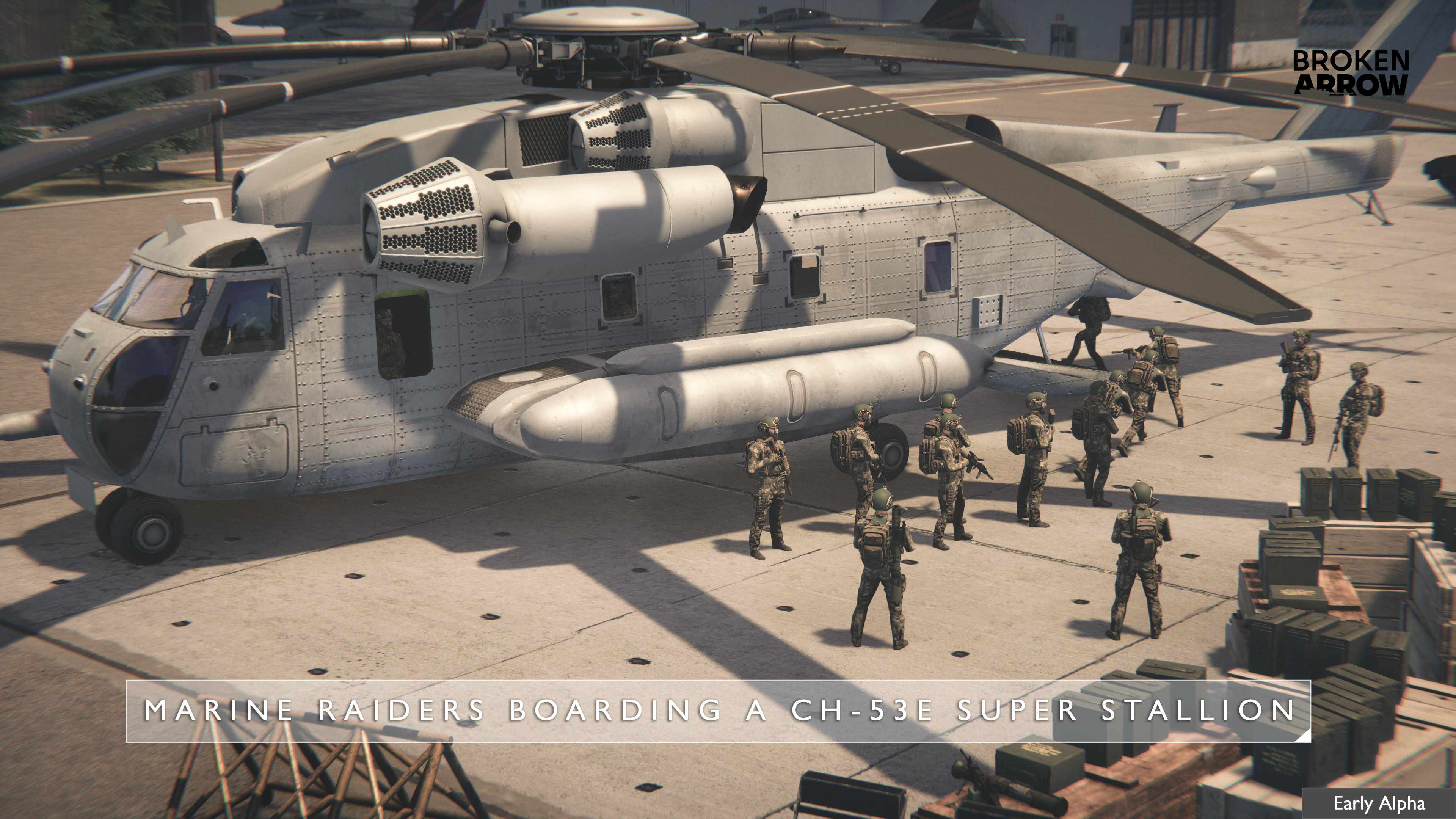 Marine Raiders boarding a CH-53E Super Stallion. This helicopter can contain up to 3 squads of 14 Raiders and lift up to 16t of cargo.

Infantry is inherently a very defensive type of unit: it moves slowly, it is difficult to detect and hard to dislodge from urban, wooded or mountainous terrain.
Attacking infantry with vehicles in these types of terrain is like asking for a beating. It requires intensive indirect fire support for suppression and your own infantry to progress. If enemy artillery starts sticking its nose into this already messy situation it can lead to a long and costly stalemate. So it’s generally advised to move around that kind of defensive position if possible.

The basic infantry squads generally come with a set of rifles, light machine guns and grenade launchers to fight against other infantry squads and they usually carry short range anti tank weapons. 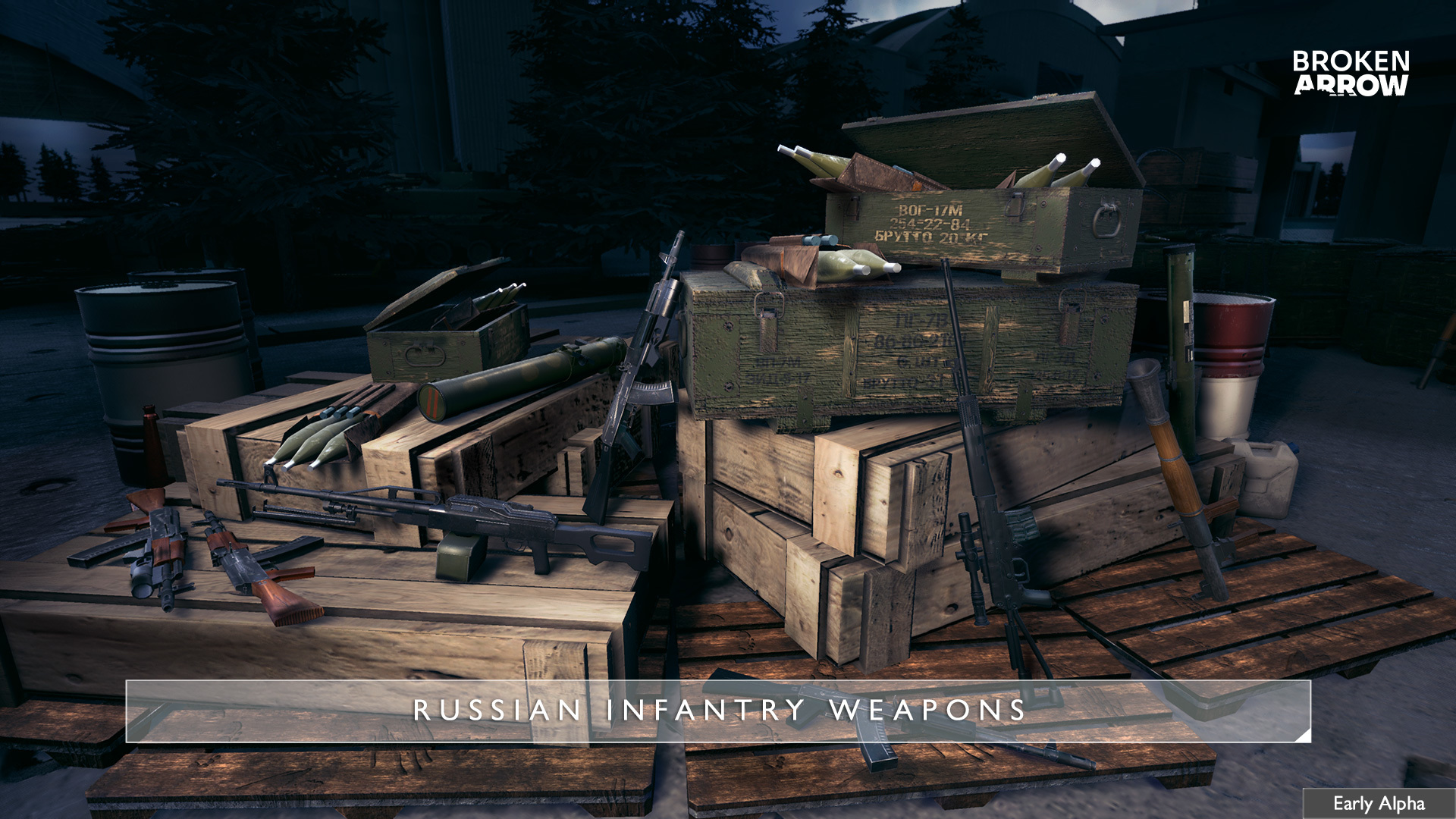 More specialized squads carry powerful long range weapons including heavy machine guns, anti tank guided missiles (ATGM) and man portable air defense missiles (MANPAD). These weapons increase both your defensive range and the level of threat you pose, which might force the enemy into dealing with them. 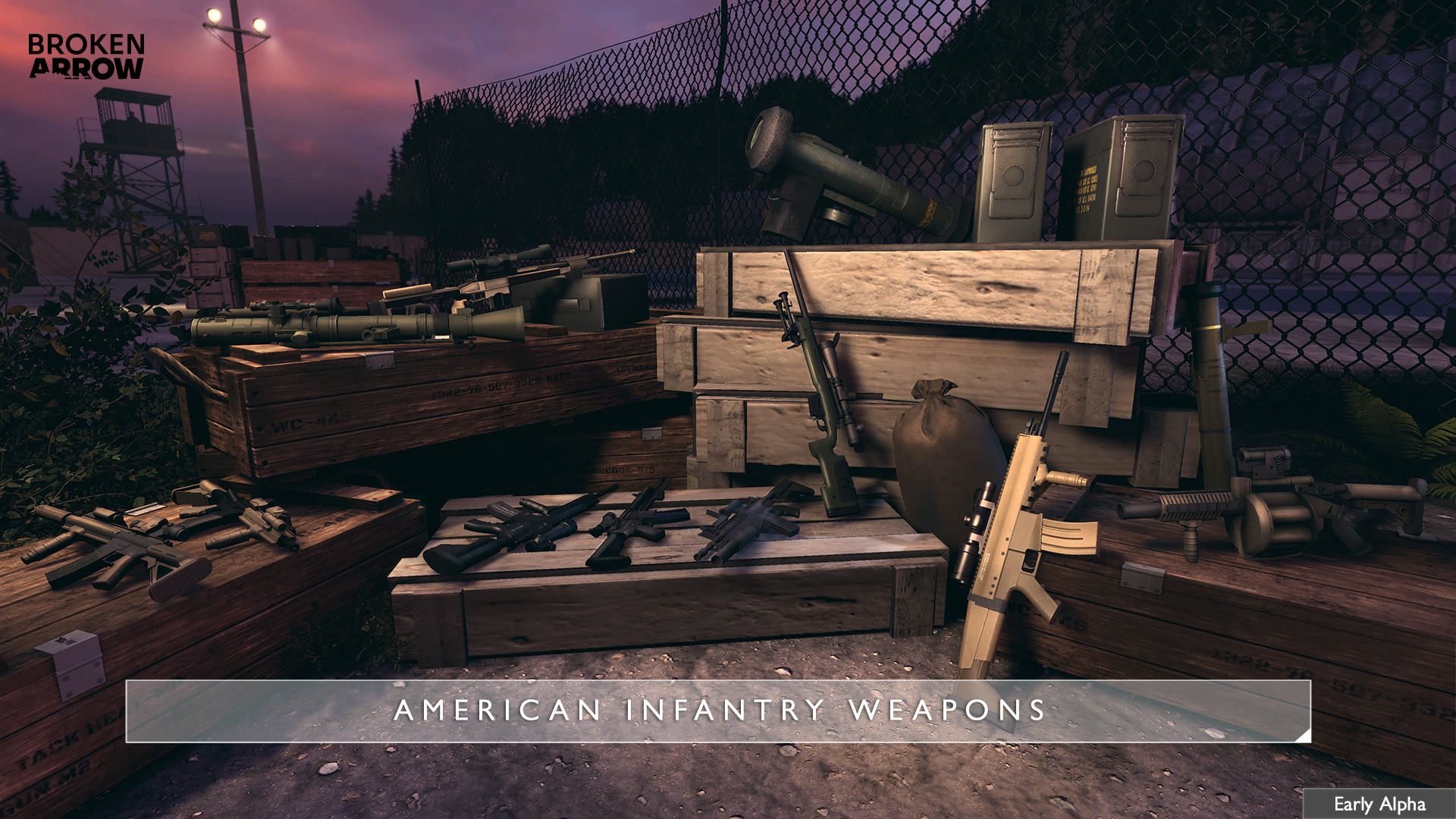 Recon infantry consists of smaller squads down to 2 men sniper teams which trade firepower for stealth. They also have better observation equipment than line infantry.
They can be used to infiltrate enemy lines to observe troop movements, find valuable enemy support units and provide target designation for artillery and airstrikes to destroy them.
An army without recon is blind and you can’t shoot what you can’t see, so never underestimate the importance of recon squads. 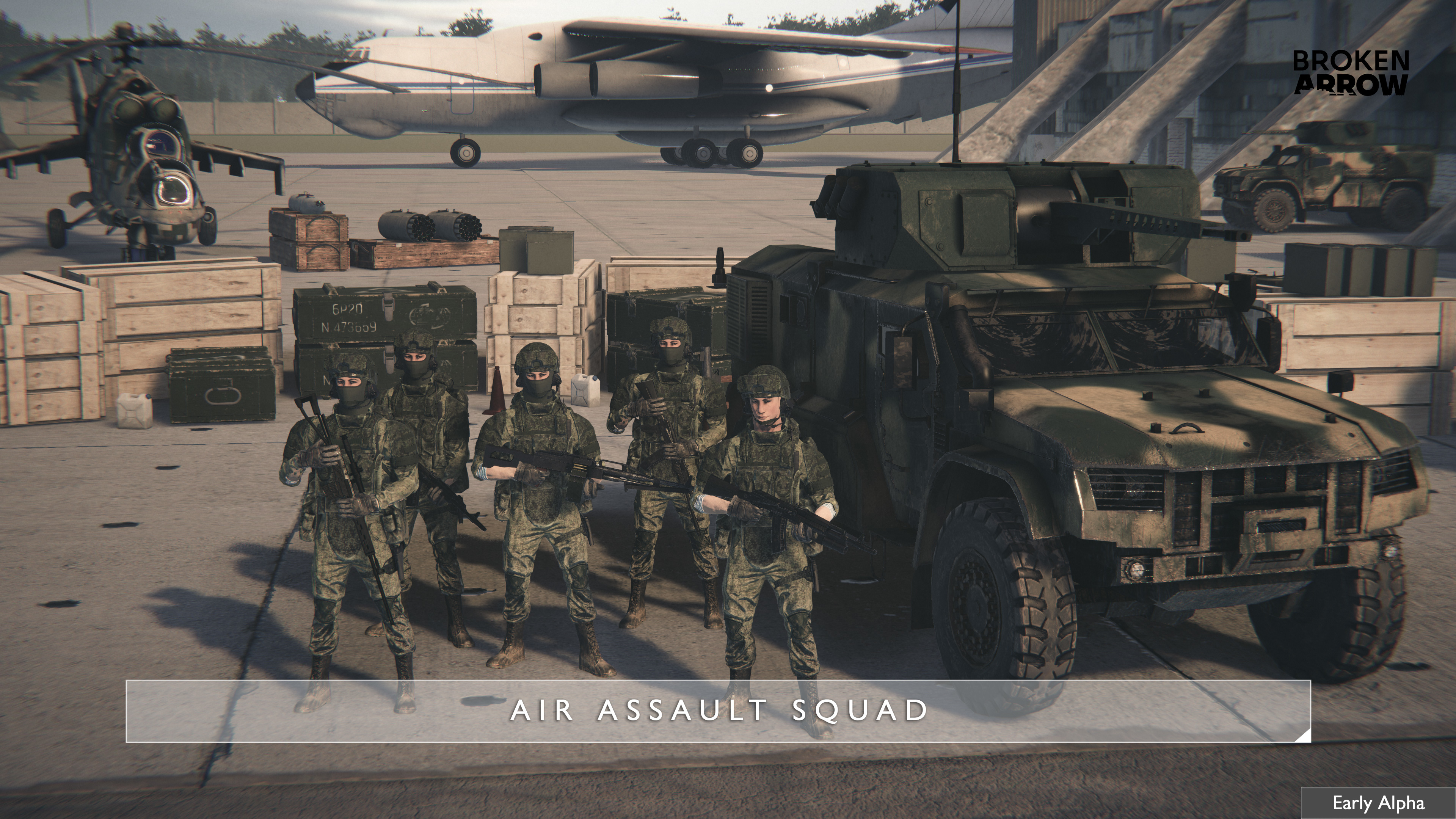 Special forces are very versatile units that can be customized to fulfil many roles, ranging from recon teams on steroids, saboteurs able to blow up bridges, silent assassins using suppressed weapons, groups of marksmen using sniper rifles of multiple calibers, to heavy door kickers dedicated to clearing buildings in no time with full auto shotguns and multiple grenade launchers.
Because of that, when you meet enemy special forces for the first time, the nature of their equipment is always a surprise – but never a good one.

Infantry on foot is very slow, so if you don’t want your troops to arrive after the battle is over you have to provide them with transport. Each transport method has its advantages and drawbacks.

Ground vehicles are the most common solution, they can be wheeled to move faster on roads or tracked to move faster off road, especially in forests.
They can be basic battle taxis armed with a simple machine gun or grenade launcher, or heavily armed fighting vehicles equipped with autocannons and missiles.

Vehicles are the slowest option but also the most flexible. Once the infantry is unloaded they can easily stay hidden behind some cover to pick up the infantry again if needed. They can also fight alongside infantry and provide fire support during the assault, or long range anti tank support in the open. 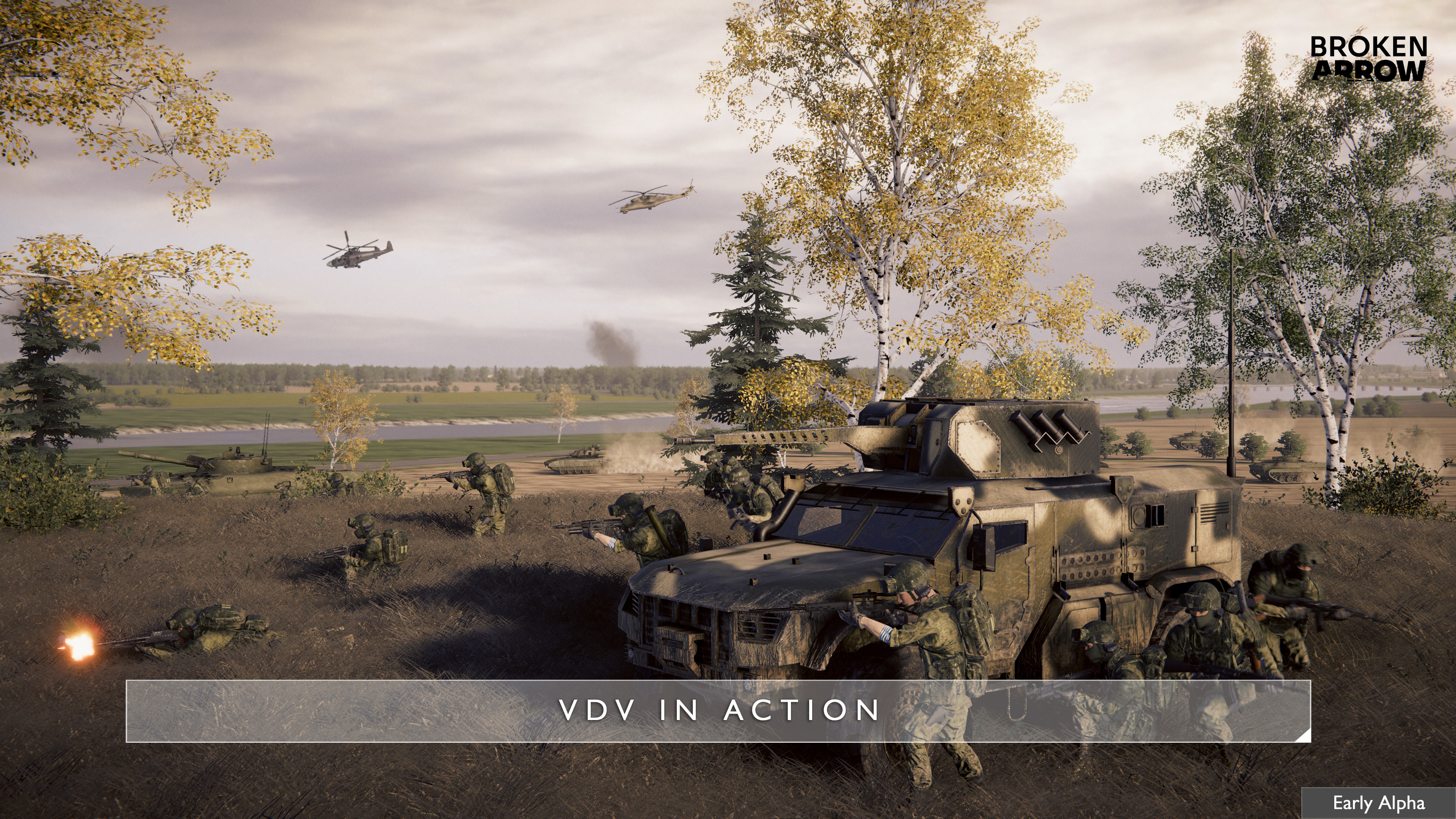 Because infantry is the lightest type of unit, that means they can also be deployed rapidly and in large quantities anywhere on the map using helicopters and planes.

Dropping paratroopers allows you to seize a position super fast but offers very little mobility after the jump. A position held by paratroopers can easily be avoided. Also if things go sour there is no way back.
Russian paratroopers fare better in that regard, as they can be dropped with a large panel of combat vehicles to support them. But every vehicle takes the place of numerous men in the plane, so it’s up to you to find the right balance.

Helicopters are an interesting alternative as they are still much faster than ground vehicles and allow the infantry to redeploy if needed. However it will be hard to land helicopters in the middle of a fight, so you will have to plan ahead. 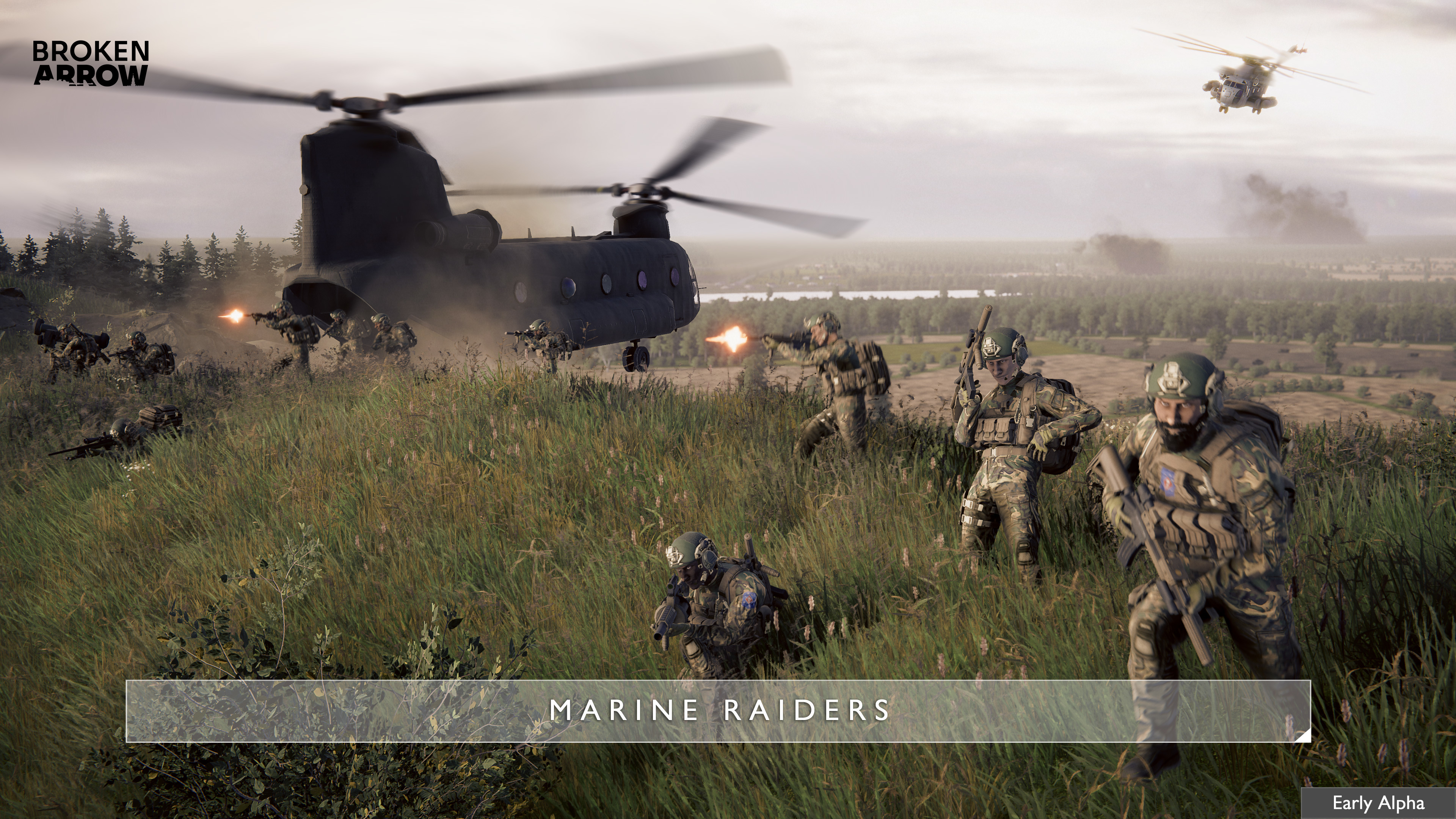 Marine Raiders deployed on a crest with helicopters

DID YOU ENJOY THIS DEV DIARY? COME JOIN US ON DISCORD.