Any info or updates on this?
Top

To have - to make... the Pacific-Game more interesting and challenging... perhaps... introduce some 'Uncertainty' into the Game.

Such as for instance... "The Battle of Midway Island". The Japanese Navy Carrier group [Including 10-Carriers_Only 4 were Used] was going to smash 'Midway-Island'... and occupy it with ground forces... then go do the same to 'Hawaii_ Pearl-Harbour'... and finally... eventually... assault the U.S. west-coast!. Washington had other ideas!.

The American Fleet with its Carriers was instructed by Washington to head for another destination instead? [Can't remember which] ... as Washington expected a major Japanese assault effort in that location… instead of directing the fleet to the vicinity of 'Midway Island'... in which later on the 'Enterprise-Carrier' was redirected too.

What happened was that... the American Naval Intelligence services... instead accumulated enough clues to indicate that Washington's decision to direct the fleet to where it wanted it to go was 'Wrong!'... and that... the 'Real-Target'... was 'Midway'. Previous to this... many intercepts from the Japanese indicated that "Target AF" was the main-effort/target!.

The final 'Clue' was revealed by means of the Intelligence-Services... in that they reported [a ruse an Untrue Report]... that Midway-Islands Water-distillation equipment had failed [In reality it hadn't]. Then later-on intercepts were picked up from Japanese communications that 'Target AF' had serious water issues. So!... now when American Naval-Intelligence intercepted that water-distillation failure communication from the Japanese... they then definetly knew that 'Midway-Island' was the actual true-real Japanese Target. At this point... the Americans began to feverishly fortify Midway-Island as well as send as many aircraft to it as well for defence/offence purposes.

Now!... in this GAME... have an option to include 'Uncertainty'... such that Naval-Intelligence... failed to intiate a false water-issue-failure... so that the Japanese would not pick up on that information... and that now because of that... Washington's original plan went ahead,... instead . Then... the Japanese Plan just may have just worked out!. 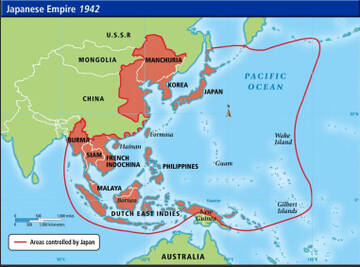 On the engine from Panzer Corps 2, it is not possible to create a full-fledged battle in the Pacific Ocean, alas, the engine of the second part is designed for small battles (
Top

On the engine from Panzer Corps 2, it is not possible to create a full-fledged battle in the Pacific Ocean, alas, the engine of the second part is designed for small battles (

I would say the exact opposite. Sure, you can't create a giant map that deals with the whole area, but that wasn't something that was used in anything but mods in PC1 either.

Most of the fighting in the Pacific was actually limited to rather small settings, a few divisions here and there, not the large scale fighting you saw elsewhere. Outside of China that is. The early Japanese advances can be handled similarly to what was done in the game so far, and the push back through all the small islands is even easier to get done, as they only deal with small areas. Naval engagements might be a bit tricky, but it's not like those happened over gigantic distances either. If you can have a big map that deals with the Channel Dash, then doing Midway shouldn't be an issue.
Top

awesome links, I had see all.
Top

When it will be published? Is there an ETA?
Top

yesterday 25 years ago first Pacific General was released,
https://en.wikipedia.org/wiki/Pacific_General
please keep on mind launch your Pacific Corps in PC1 and PC2 engine, one development - two views, it will be a great tribute to SSI as anniversary.
Top

Japoivvb wrote: ↑Fri Jul 01, 2022 3:40 pm yesterday 25 years ago first Pacific General was released,
https://en.wikipedia.org/wiki/Pacific_General
please keep on mind launch your Pacific Corps in PC1 and PC2 engine, one development - two views, it will be a great tribute to SSI as anniversary.

I'm curious if the game will be released here for the 30th anniversary...

By the seventh of December , wait , I find it difficult to say in which year the game will still be released )
Top

Hi Slitherine I was wondering what the type of story you are going for the USA campaign in the Pacific cause I have a idea that seen the first mission of the campaign is ahistorical one I was thing that you could go with that we the player have a problem with order sometimes and it gets us in trouble, and we try to be the hero to much or you could go with we trying to be Glory hons it's up to you really but anyway we take our fleet and fight the Japanese at wake we win by doing to much damage to the fleet and they sail away but to keep wake Island is not in the cards and we take the surfures home and we are demotes and premotes in the same time and use for special raids under the command of Amerial Halsay i think we should be a captain in the game as we slow go up the rank by do stuff like this what do yall think.
Top

I agree with you!! I know that but maybe the Devs have another different plans about those chapters

MAY THERE BE A GREAT NAVAL BATTLE !
Top

Any news? Waited all year for this and still nothing.
Top

No news at all atm other than its still happening. As soon as we know anything it'll get posted here.

Patrick Ward wrote: ↑Wed Jul 20, 2022 5:20 pm No news at all atm other than its still happening. As soon as we know anything it'll get posted here.

If there is no progress for a long time , the project is either frozen or dead altogether ! Then where are the screenshots from the addon from , or are they all staged ?
Top
Post Reply
141 posts