Byzantine Productions Pike and Shot is a deep strategy game set during the bloody conflict of the Thirty Years War.

Being interested in creating Charles Emmanuel I's army of Savoy during e.g. the War of the Mantuan Succession (1628–1631).

According to the TT book ‘Wars of Religion’,

« Savoyard armies can only include the Core Troops (of the Early TYW German Catholic), a single battle group of Light Horse, Dragoons, Militia and Field Fortifications ».

Here is my guess.
Any comment or correction to enhance it ?
NB : Current timeframe (1619-1632) is a placeholder. Don't know what would be more accurate. 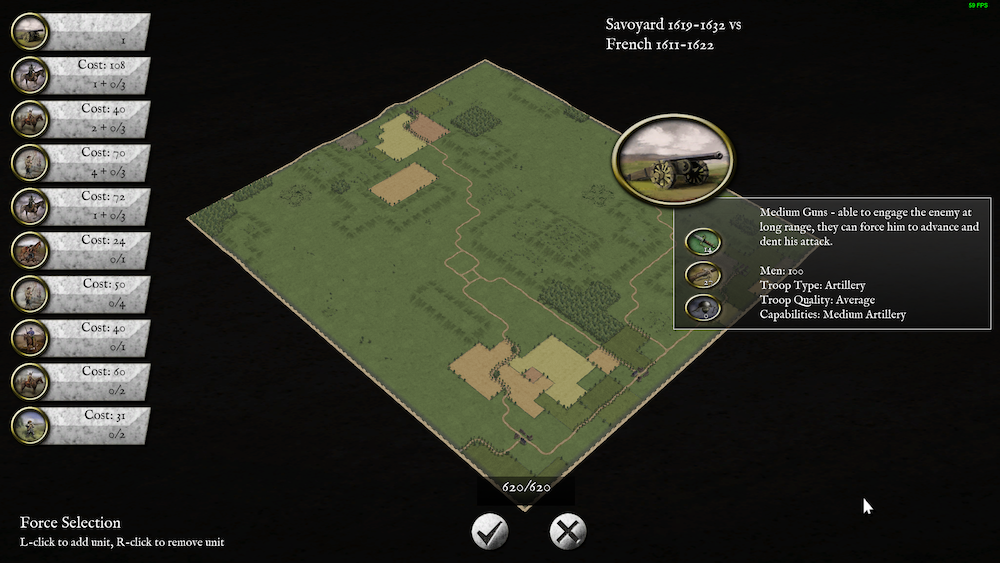 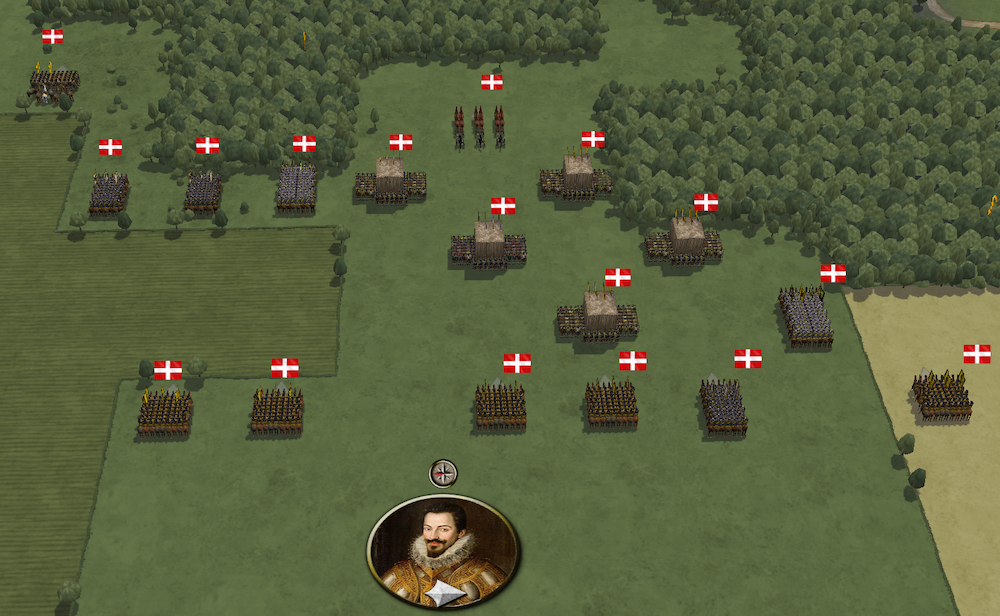 btw the 'Switch side button' in P&S is useful :