Headquarters World War II is a fast-paced turn-based strategy game where your battlefield tactics are as important as your army management skills. Experience both sides of the war, battling in Europe as the USA, the UK, or Germany.
Post Reply
2 posts • Page 1 of 1

It is Oleksandr from Starni Games with the second Dev log entry. Today, I will tell you more about how the attacks work in Headquarters: World War II and how randomness is implemented in the game. 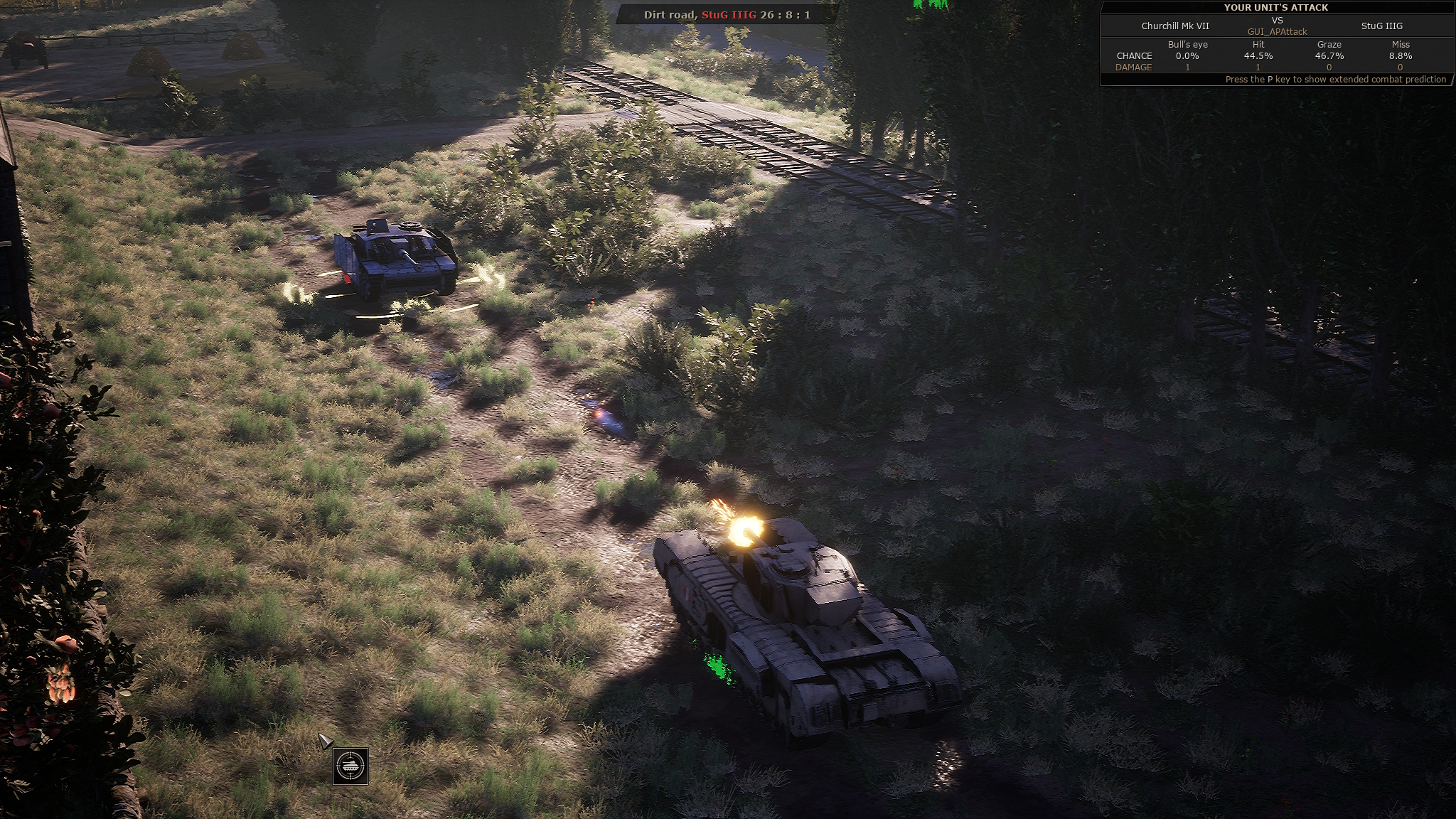 Why invent a new system with 4 hit types?

On the very first days of preproduction - around two years ago - we asked ourselves a very important question: how do we approach the randomness of a battle?

One approach that could be seen in other wargames would be to make an attack either hit (and destroy a tank) or miss (and deal 0 damage) with certain chances. That means that the difference between the two outcomes is extremely stark. In this scenario, if you have a 10% chance to miss and you miss, and after that, your opponent hits and kills your tank - that is truly nerve racking. So, we wanted to preserve the unpredictability of battle, but make it less severe.

Another approach would be to deal an X amount of damage with each attack, with no “miss” chance, and will require a number of attacks to take out an enemy unit. This approach did not fit the tactical-level WWII game well, as oftentimes a single tank could be taken out with one or two good hits.

So, we tried to come up with the approach that fits this type of tactical game best in our opinion. It allows us to both show the unpredictability of battle, but also avoid the combat results being decided by a “coin toss”.

How do 4 hits types work?

In Headquarters, we have 4 hit types: Bull’s eye (a perfect hit), Hit (a good hit), Graze (a slight hit), and Miss. The higher your accuracy - the better your odds of having better hit outcomes. The final accuracy (after all bonuses and penalties) could be between 0 and 200, and if it is above 80 - your miss chance would be 0. This way if the situation is favorable - your attack would never miss. If however, your odds are not great, you could miss, but there is also a lot in-between Bull’s eye and Miss, so multiple outcomes are possible. At low accuracy values, you have Bull’s eye chance at 0, and at high accuracy values, you have the Miss chance at 0.

How much damage every hit type does? 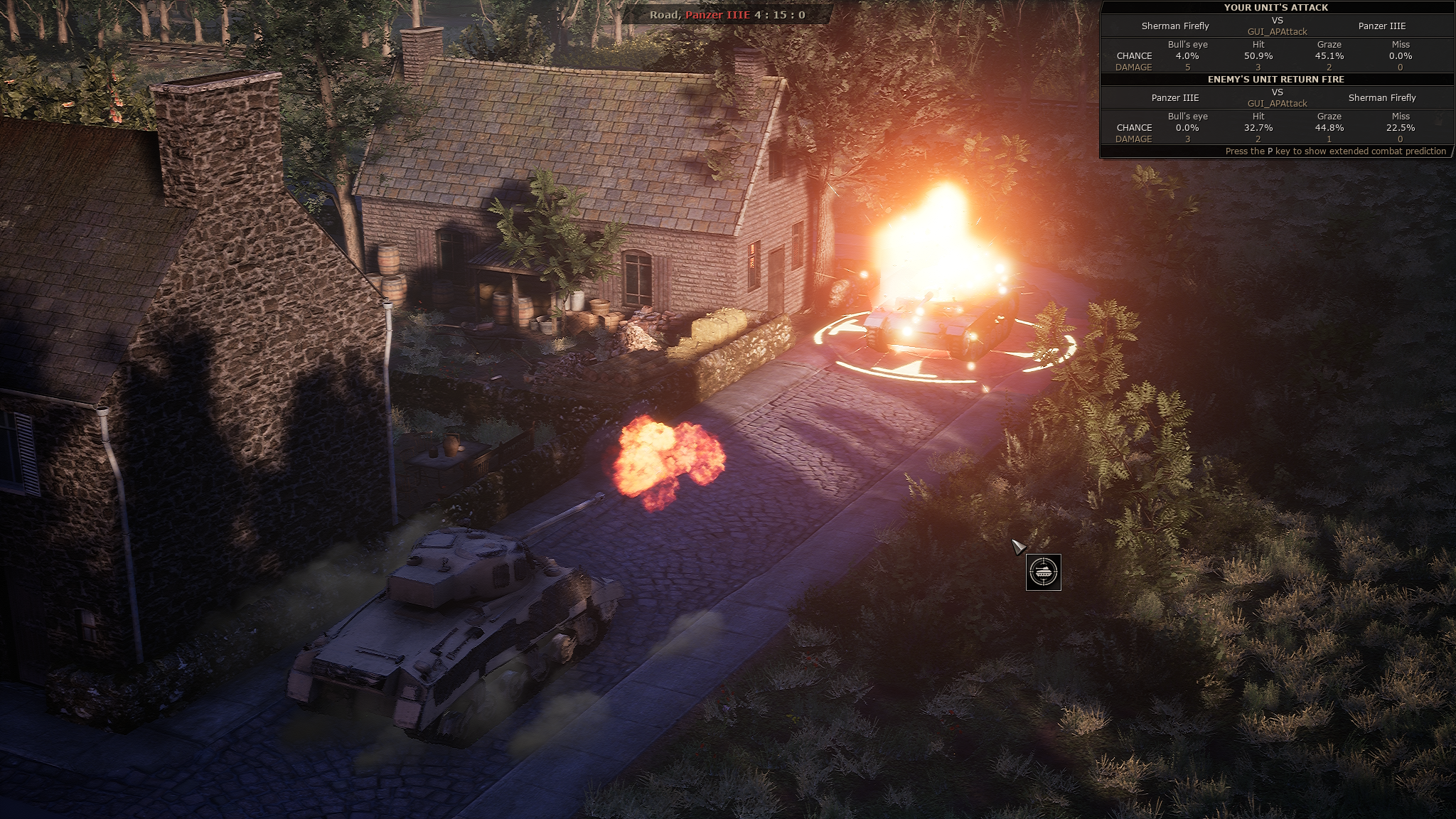 The base amount of damage dealt depends on the attack and defense values of the units. So, this is where the armor and unit facing from Dev log 1 comes into play. If you attack the Front armor of a heavy tank, your damage would likely be 0, so even if you hit Bull’s eye, you would still deal 0 damage and that would be called Deflected attack.

Is the damage also random?

Unlike the hit type that is decided by random (based on probabilities you have according to your accuracy), your damage is not random and you can see exactly how much damage would every hit type deal in the combat prediction window before the attack.


Are there any other elements of random?

From the early stages of development, we wanted to avoid randomness in many aspects of the game, so there are no random effects, random spotting, or other stuff like that - we wanted the tactical talent to be the key to victory. So, deciding which hit type your unit lands is the only random element at play - and you could control it to a degree by adjusting your position and getting a better accuracy value.

How does Morale help control randomness?

There is also a way to counter your units being “unlucky” which is the Morale mechanic. Every time you attack the enemy unit it losses some of its Morale. The amount lost depends on the Damage modifier, but not on the hit type. So, whether you land a Bull’s eye or a Miss the Morale loss would be the same. This means even if you miss a lot of attacks you could Demoralize the enemy unit with constant bombardment and eventually rout it.

How is the cover mechanic implemented in the game? 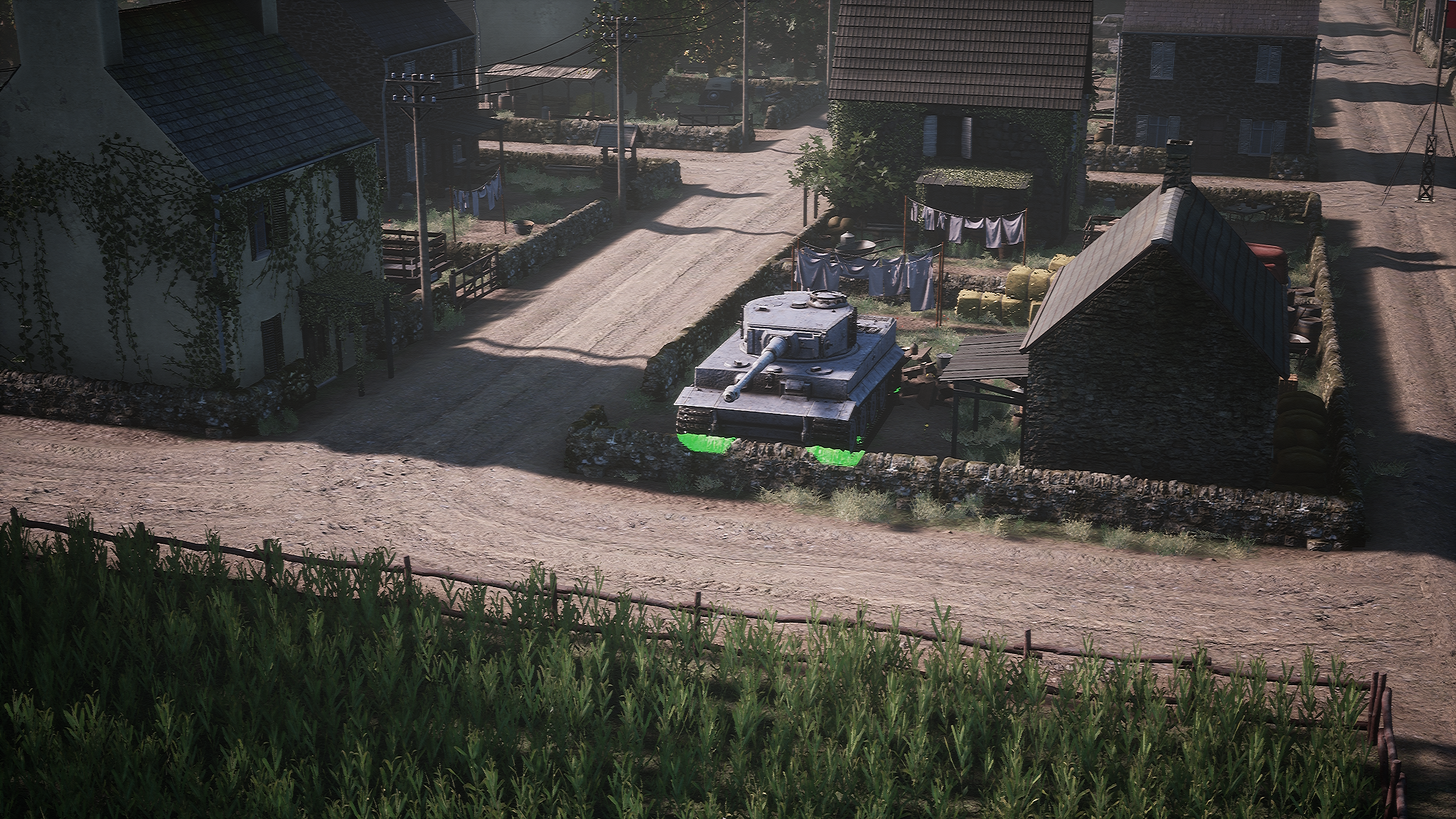 There are 3 types of cover: low, medium, and high. However, not all units can take advantage of it. All units have a certain profile - low, medium, or high. So, a unit with a high Profile, for example, a Tiger tank, cannot hide behind a low cover and does not get any bonuses from it. Infantry, on the other hand, has a low Profile and can take advantage of all types of cover.

In the next Dev log, I will focus more on the interaction with the terrain and destructible buildings, as well as our approach to the visual style of the game. I will tell you more about:
- Highly realistic graphics
- Different types of terrain and interaction with them
- Buildings and their destruction
- Destructible environment
- Elevated terrain (Hills)
- Line of fire

See you next time!
Top

Good decision about the core mechanics, at least it seems so. The combat should be more about positioning decision making and planning, than just lucky turns of events. Of course there is always the chance of running into a silly series of grazes, but great to see the devs are aware of this and actively try to prevent it from the very beginning. This bodes well for the gameplay itself.

As for the screens, I do not mean to be nitpicking, but the vehicles seems to be jumping around just that tiny bit too much after firing, which makes the visual feedback excessive.
Top
Post Reply
2 posts • Page 1 of 1