Panzer Corps 2 Axis Operations - 1944 A message from the Developer

Panzer Corps 2 Axis Operations - 1944 A message from the Developer

We have some developments in Panzer Corps 2 to review!

First off, we are extremely happy and extraordinary humbled to see the many thousands of players enjoying the Axis Operations 1944 DLC Campaign. With the launch of the 1944 DLC, Panzer Corps 2 has reached its highest concurrent player count since the Panzer Corps 10 Year Anniversary super sale!

On top of the historical campaign offered in 1944 DLC, did you know that the second, ahistorical campaign of 1944 is a completely original creation researched and created just for Panzer Corps 2?  It is an alternate history that has been shaped from your progress through the campaign, stretching as far back as the attempted Operation Sea Lion invasion of 1940 and culminating in the potential victories that can be won in late 1942 and mid 1943.

The ahistorical campaign of 1944 features some of the largest battles we’ve ever put into Panzer Corps 2.  Fighting against Operation Overlord demanded an immense scenario, and the Battle of Ploesti final scenario might have more units engaged in that battle than any other single scenario in Panzer Corps 2’s entire history to date.

These large battles take time to play, which brings us to the first development we are showcasing: a dedicated and integrated AI speed control button!

This button is perfect for advanced players who don’t need to review the AI’s entire and potentially lengthy turn.  In the past, discovery of this haste feature was somewhat hidden in functionality, but now it is finally available to be directly seen in the game UI.  Additionally, this new button acts as a toggle, so there’s no more need to press or tap or hold the spacebar down during the AI turn.  Just engage this new button and watch the AI turn fly by at Blitzkrieg speed! 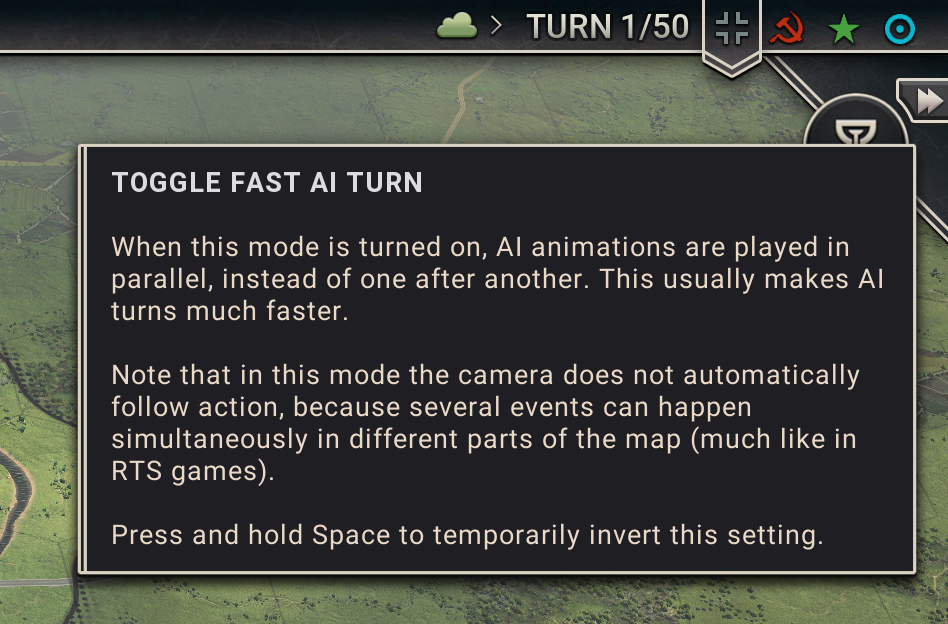 In addition to that improved feature, we have another improvement to spotlight today:  enhanced hero management for players with deeply imported CORES that contain many dozens of heroes!

As you can see, it is now much easier to manage very large amounts of your heroic officers.  Not only has the viewing space tripled in size to three columns, but there is even a filter to search directly!  We know players have been asking for this feature for a very, very long time, and we’re super happy to finally have it.

And lastly, there was one more new unit that was added during 1944 that we didn’t mention before, but wanted to talk about now. 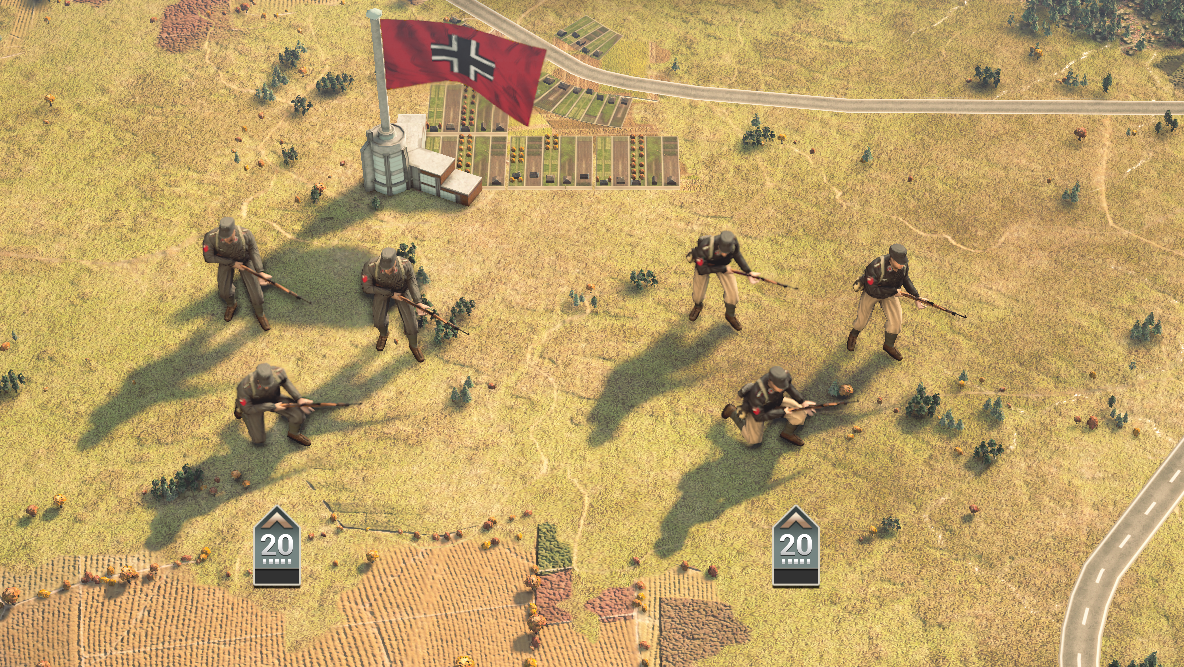 As German manpower was stretched to breaking from fighting on both the Western Front and Eastern Front, the need for more soldiers as the war progressed was clear.  One of the efforts to recruit new soldiers was the formation of the Osttruppen.

These soldiers were mainly recruited from two sources.  The first source was to conscript from the legions of soviet prisoners that the Germans had captured after invading the Soviet Union.  The second source was anti-Communist volunteers from such places as Georgia, Armenia, and Ukraine.

Unfortunately for these soldiers, training and equipment would often be in short supply.  But they were not simple cannon fodder, rather they were often sent to low priority locations as garrison forces, freeing up German manpower to fight directly on the frontlines of the war.

In gameplay terms, these new units are invaluable for exactly that purpose.  As part of unit balancing in Panzer Corps 2, heavier and more powerful mid-war and late-war units take up a lot of extra unit slots.  For example a Pioniere 43 with attached halftrack comes in at 6 CORE slots.  A top of the line, fighting infantry unit to be sure, but at a very high slot cost.

The new Osttruppen provides a cheap 2 slot alternative to garrison positions that might only see limited action.  The newest 1944 DLC has a lot of objectives that are important enough to protect, but not quite important enough to spend 6 or more CORE slots worth of infantry to garrison.  Especially when all available forces are needed to tackle some of the crazy strong and brand new Elite Objectives!

Best of all, each of the three features we’ve listed above are available for all players of any edition of Panzer Corps 2 to enjoy!  None of these features are locked behind any particular DLC, they have been integrated right into the baseline game itself.

Your support of the game and its DLC make gifs like this possible, so again, thank you to all our players!

And if you haven’t yet joined the thousand of players who have played Panzer Corps 2 yet, now is potentially a great time to get started as the base game and many of its DLC campaigns are currently on sale with our Winter Sales, or on Steam!

We’ll see you next year for the epic conclusion of the Axis Operation campaign as the war finally reaches 1945.

Well...  its historical end at least.  After all, the Alternate History Campaign is still yet unwritten history.
Top

And if you haven’t yet joined the thousand of players who have played Panzer Corps 2 yet, now is potentially a great time

And if you haven’t yet joined the thousand of players who have played Panzer Corps 2 yet, now is potentially a great time

Now!... Just for my uninformed-opinionated view!.

First!... i can't meaningfully argue any of your troubling painful views or comments. However!... all i can say is that the "Developers"... as slow as their solutions for dealing with 'Game-Issues' seem to be... they still do manage to make 'Game' corrections and improvements... maybe not where we want them too. Unfortunately to many of us... it seems like they are just not doing anything at all... but... at least they are making some improvements.

Continue to 'Voice' your assessments regarding the lack of 'Gaming' usage of PzC2 with other platforms... because... as it is sometimes said... "The Squeaky-Wheel gets the Grease!". So!... "Keep Squeeking!".
Top

I don't think that's the case. In units.csv the model line does point to T44 model while M26 has Pershing model, unless they happened to put the Pershing model in T44's resource files.
Top

I don't think that's the case. In units.csv the model line does point to T44 model while M26 has Pershing model, unless they happened to put the Pershing model in T44's resource files.

If you have Storm Over Europe or the Unit Toolbox Mod running, they include a T-44 that uses the M26 model. So that might be the issue
Top
Post Reply
6 posts • Page 1 of 1