Should the light cavalry be able to charge the Caetrati in this pic, nothing had moved from the start of the turn.?
If I move them one square diagonal they still cannot charge. 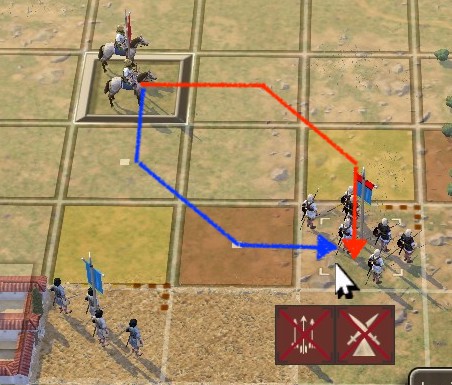 I guess :
- 20 is not enough APs to follow the red path through 2 rough squares
- blue LF exerts ZoC, so LH can't charge following the blue path 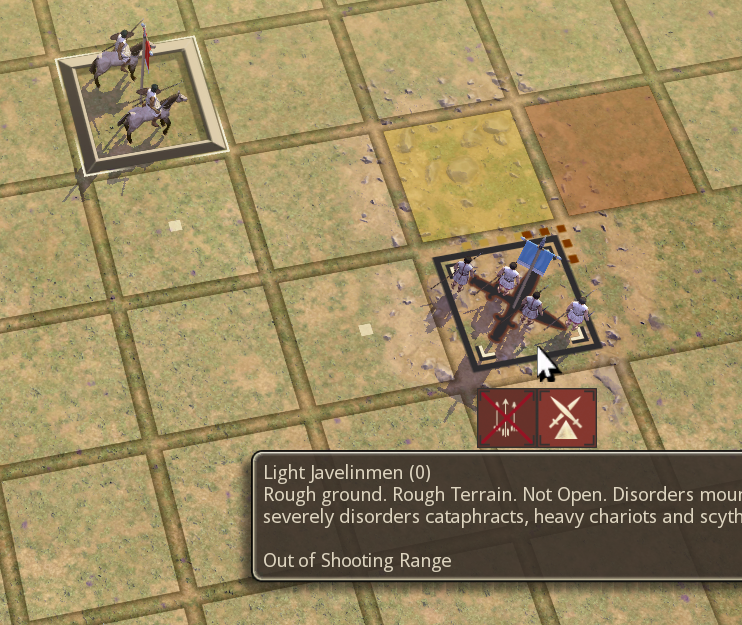 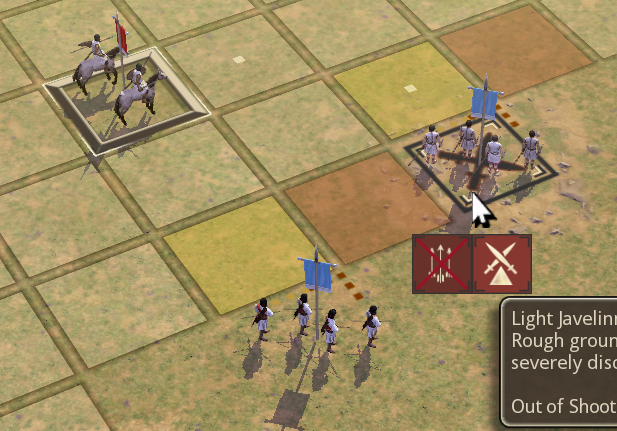 and as the direct path is followed only if the target is on an open-ground square : 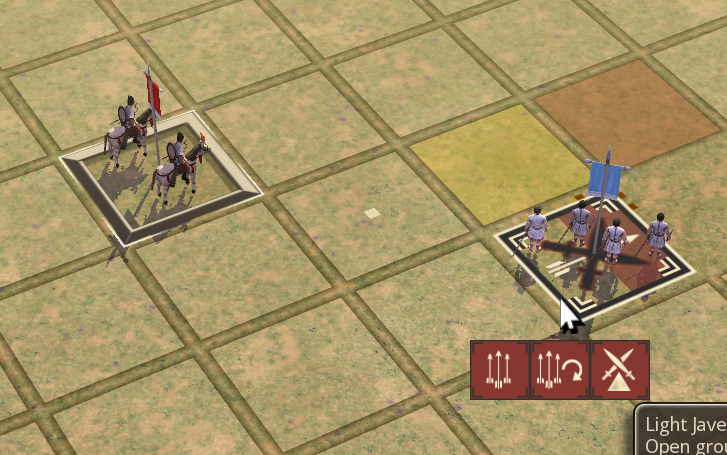 Thanks, you have clarified this.
So although the cavalry have the APs for a direct charge (6 + 9 =15) instead they attempt a charge that will attack the target square from the side and both routes fail.
Top

It is the vagaries of the engine-based route-finding algorithm. It seems to prefer to enter rough terrain squares orthogonally, even if the overall route would be 1 AP shorter going diagonally.

At this stage I am loathe to ask Pip to start fiddling with the algorithm, in case worse anomalies result.

We could of course use scripted route-finding, but that would have a big performance hit, so isn't really an option.

And of course in this case the engine's chosen route is perfectly viable from the engine's point of view. The engine knows nothing about ZOCs, which are checked for in scripts after the engine has chosen its route.
Richard Bodley Scott

Thanks Richard, not a major issue. Probably it was not knowing how things worked that cost me as I could have set up the position better on the previous turn.
Top

It is indeed minor (rare and not very grave). I for one call them the hazards of the battlefield.


btw, there might be, in fact, two distinct things :


It seems to prefer to enter rough terrain squares orthogonally, even if the overall route would be 1 AP shorter going diagonally.

It happens even when one manually moves the attacker one square after the other : 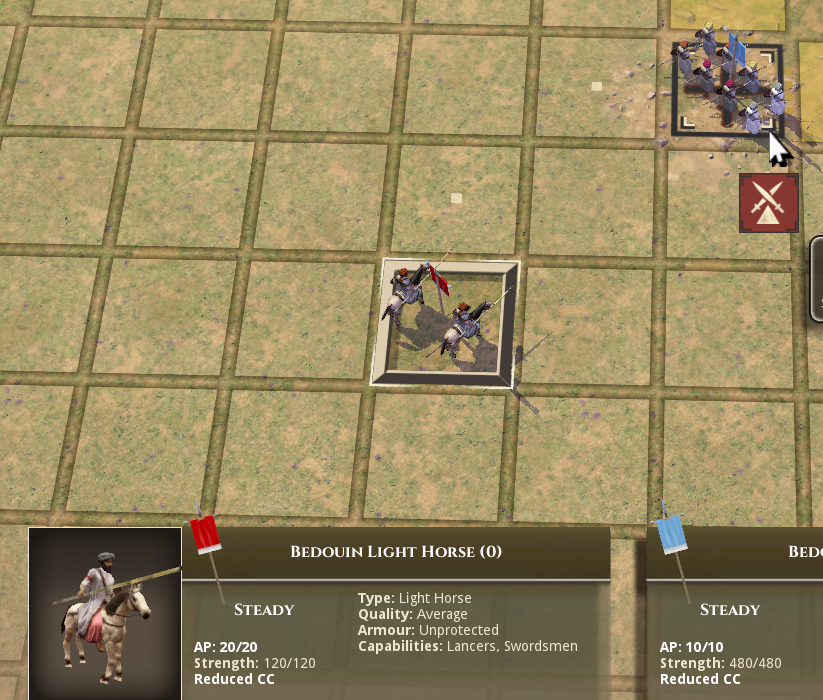 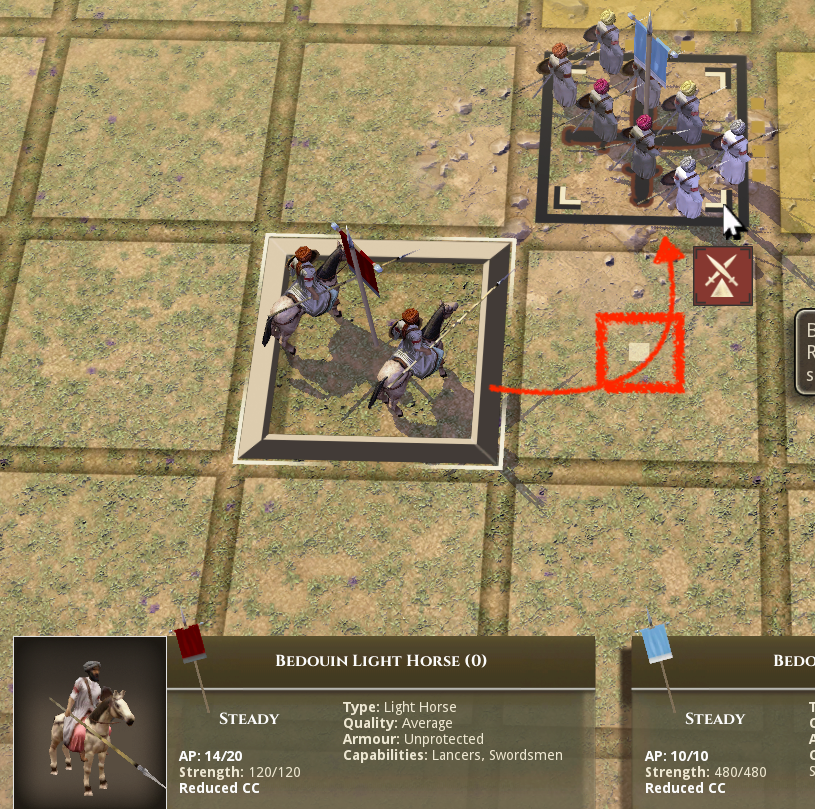 2) Another one seems related to the orientation of the attacker (not to the terrain as it also happens on open terrain as shown on the pics below) and happens when one wants to manually move the attacker. That is : 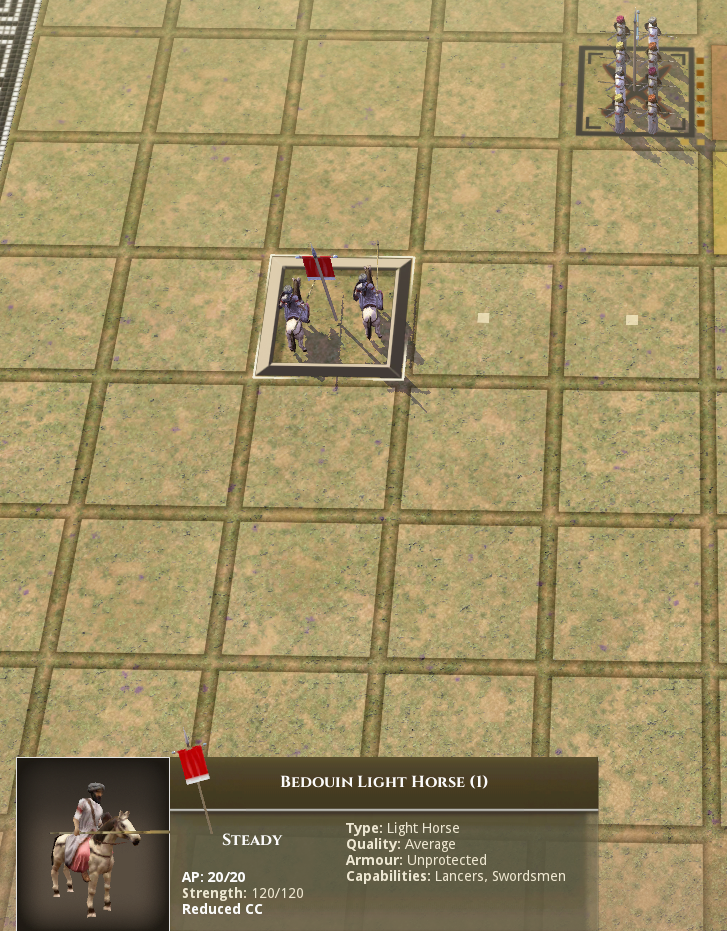 I move it manually. But I can't attack despite my 14 APS : 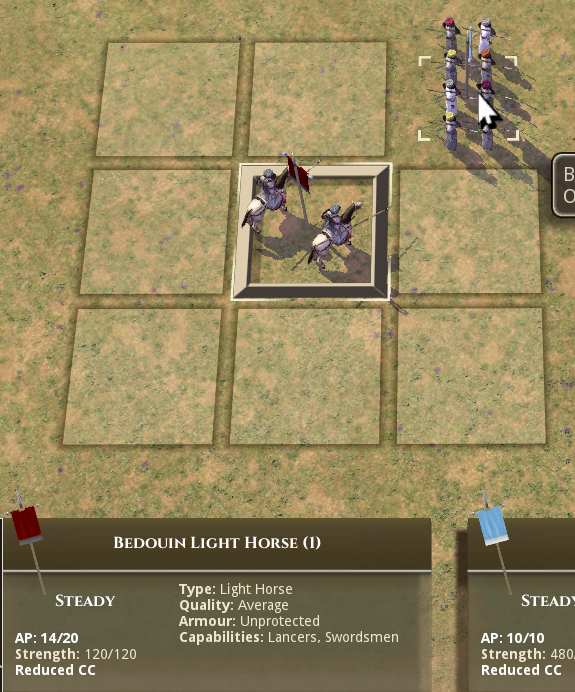 On the contrary, the case 1 above shows that when the attacker 'faces' the target, you can move it manually and make it charge.
Top
Post Reply
6 posts • Page 1 of 1