Meet the Lovecraftian abominations of Stirring Abyss, the upcoming squad tactics game inspired by the short story The Temple.

In Stirring Abyss you take charge of the surviving crew of the USS Salem, a U.S. Navy submarine that sinks while on a top-secret research mission during the early years of the Cold War. The entire game is set in deep waters, which means you need to face terrible underwater creatures during your journey. The Scyphozoa is the first enemy you meet in Stirring Abyss. In order to survive the depths of the sea, it developed unseen before attacks based on electricity. Deflate it with a speargun and your crew will be okay, and don't let it come too close. 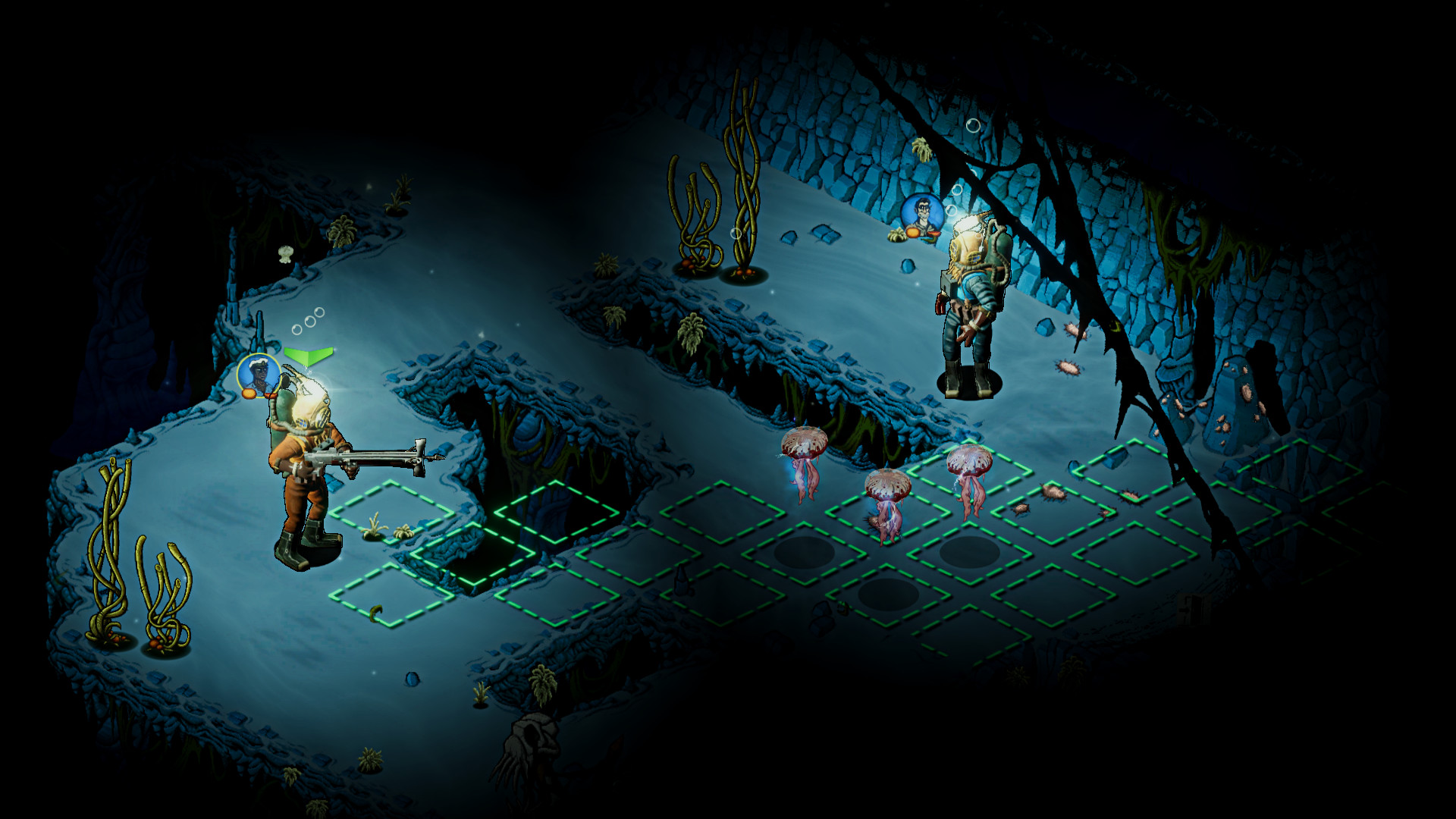 A Smack of Scyphozoas. Spearguns can attack multiples enemies in line of sight. The Burst Pod doesn't like to be disturbed. When anyone tries to attack it, it explodes causing damage to everyone (or everything) in the surroundings. It doesn't know enemy nor friends. It just stands, maintaining the same posture until it gets provoked.

Splayed open, all that remains of the bulging pod are the shreds of a thin but tough shell strung between supporting spines. The Staggering Roar of a Murkfiend is one of the most threatening sounds your crew will ever hear, and it doesn't help your divers' nerves. Taking down this strong Lovecraftian abomination may take a while. Make sure not to leave one of your divers alone with a Murkfiend and try not to get too close: this species is a master of melee attacks. Beware of Spineskulkers: they are masters of poisoned darts and they are experts of hiding in the shadows. Their long-ranged attacks can heavily damage your divers' health if you can't take them out in time. They should be a high priority target for the surviving members of your crew. Three divers facing a group of Spineskulkers and Murkfiends. Divers can make Burst Pods explode to damage other enemies.

APPLY FOR THE BETA

Answer the call of the Great Old Ones: Stirring Abyss is looking for beta testers. Apply now and join the Discord Server to support the development. 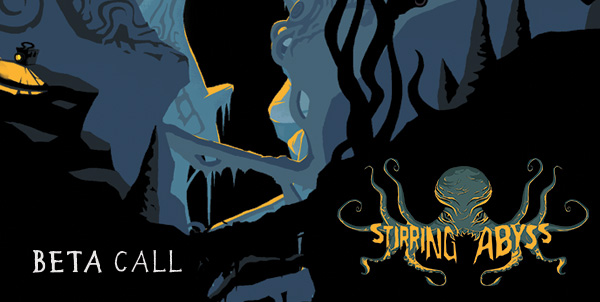