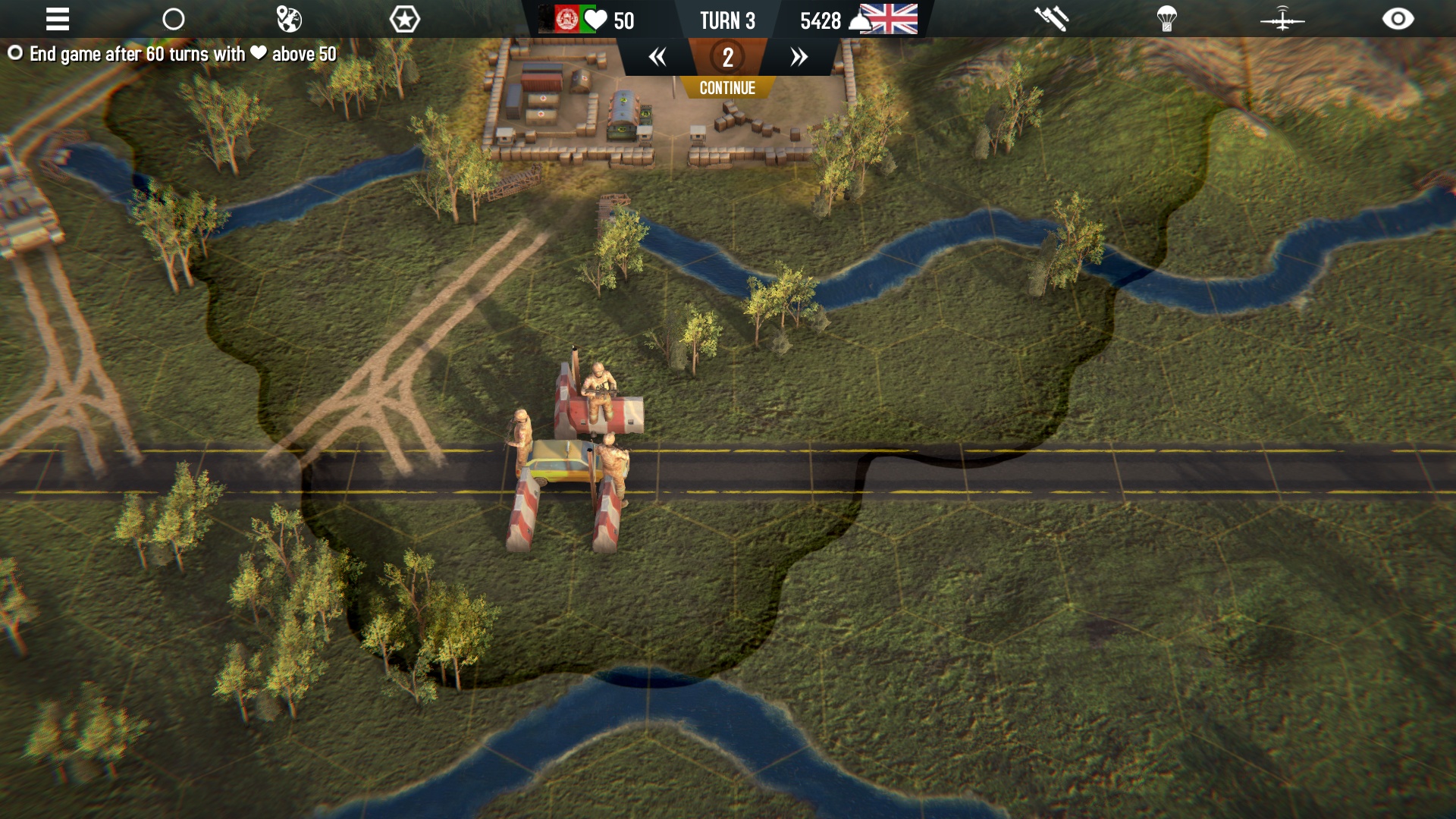 Royal Marines brings back the winning formula of Afghanistan 11 and innovates on it with plenty new features. A new campaign, a new faction, plenty new units, civilian vehicles, car bombs, roadblocks, Afghan police Royal Marines is a must-have for all Afghanistan '11 players. 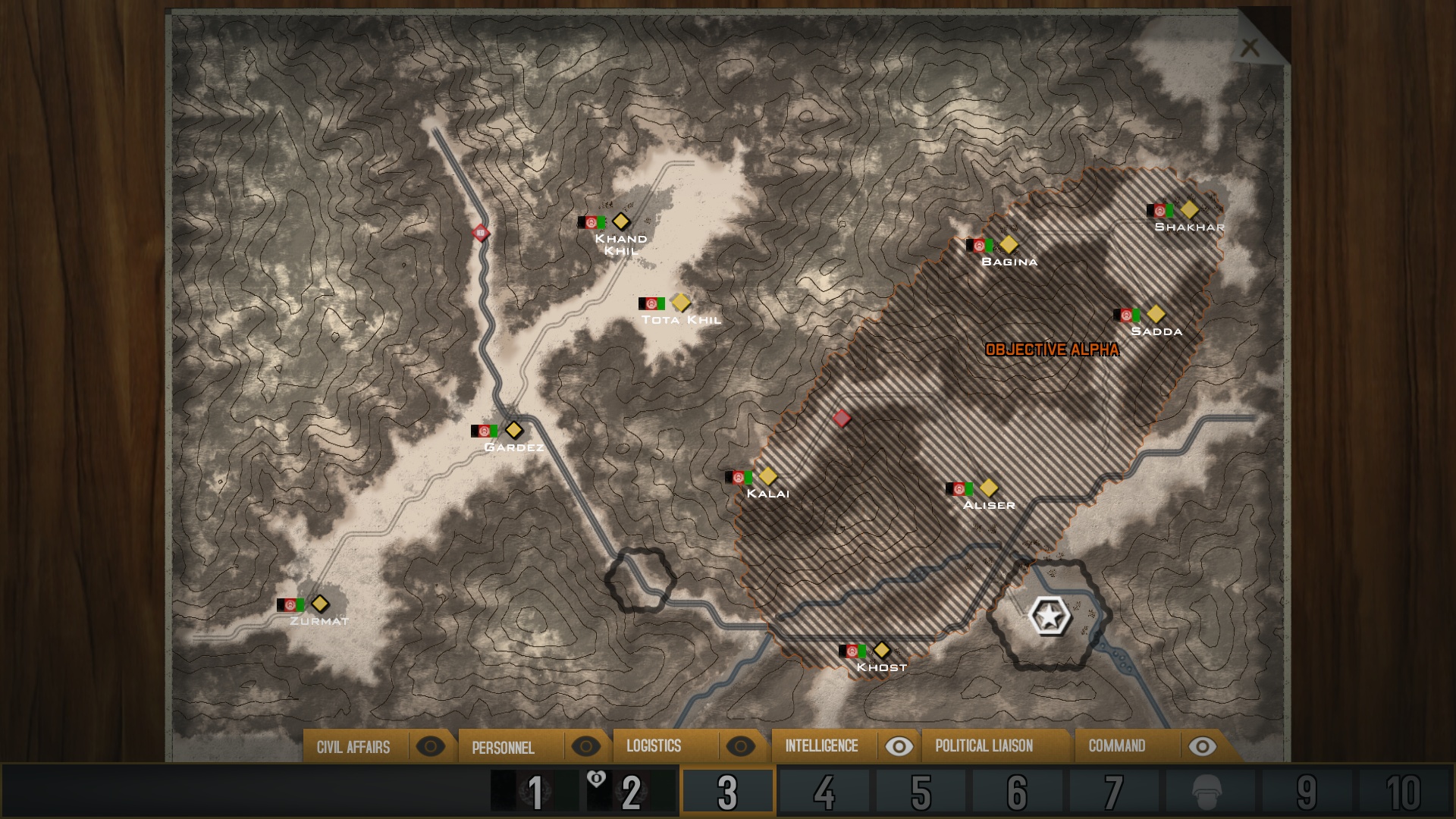 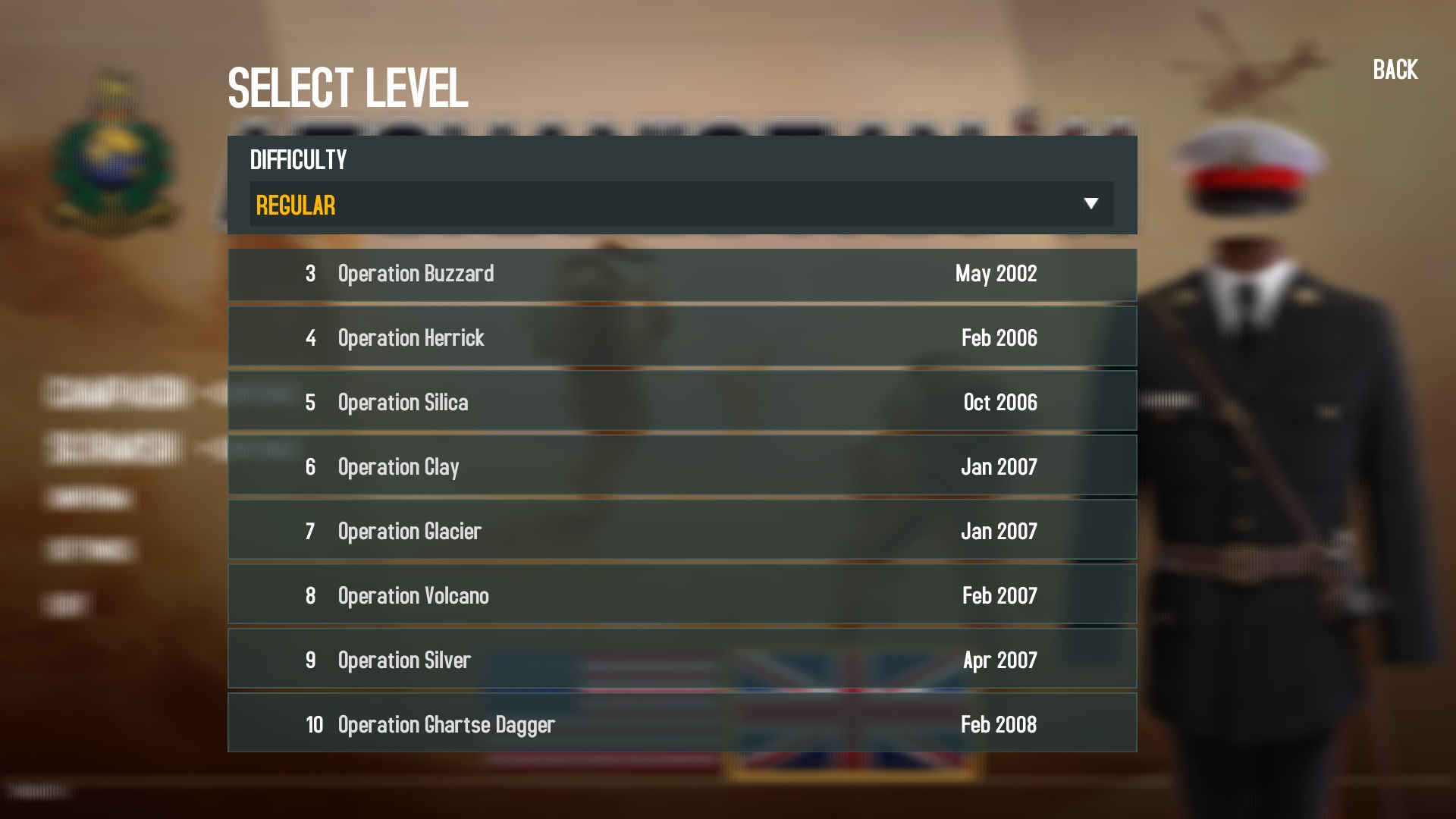 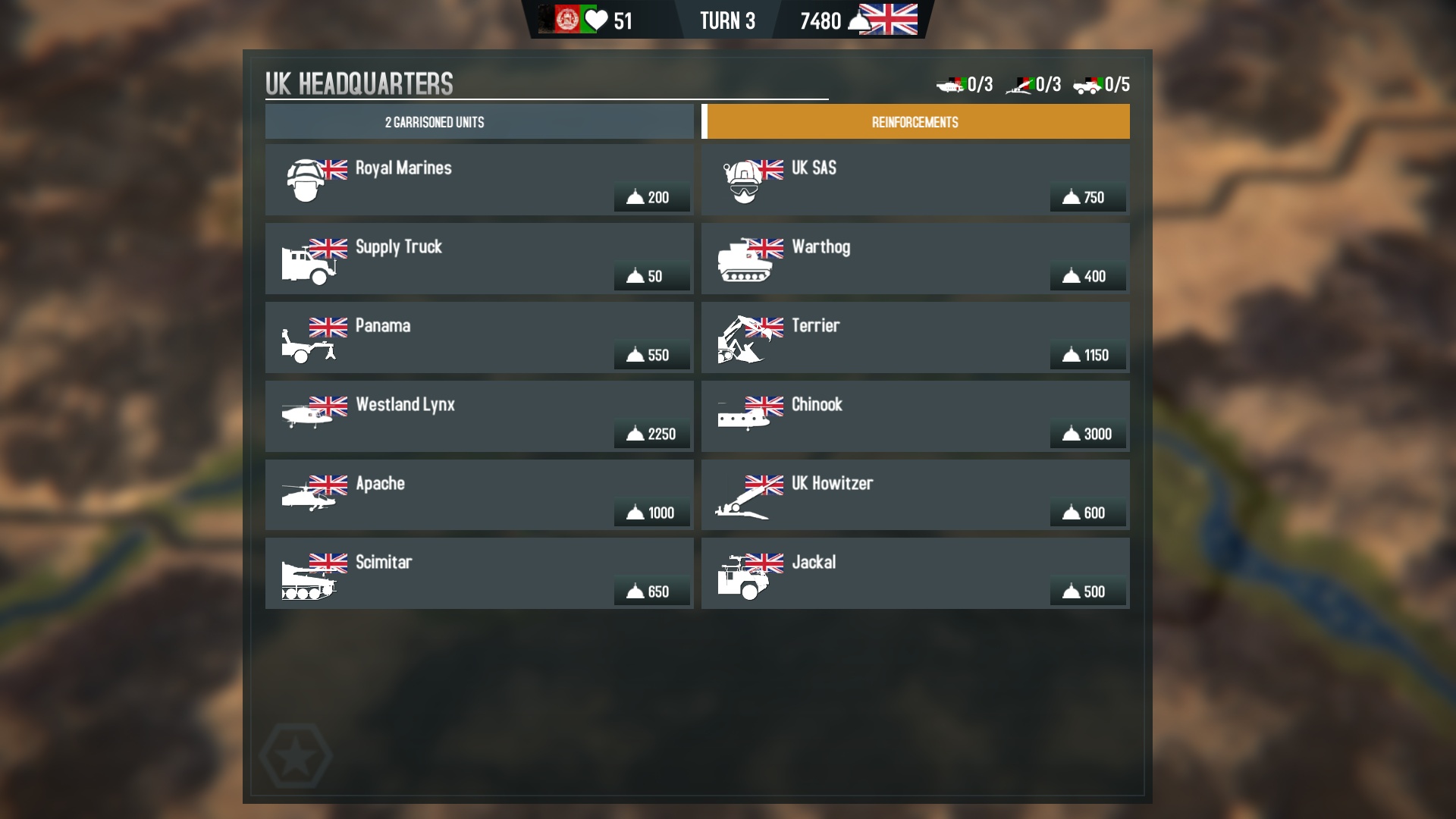 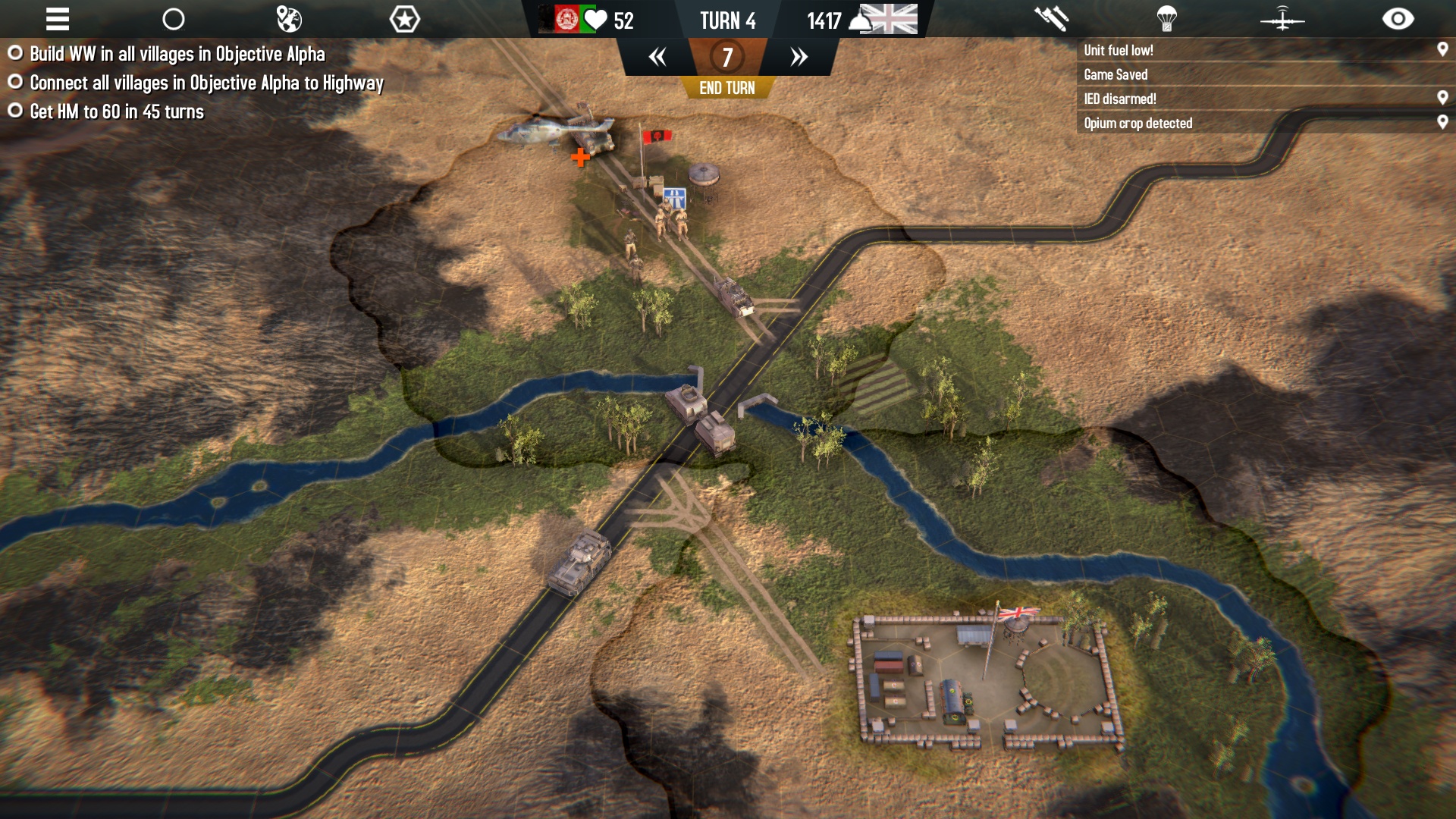 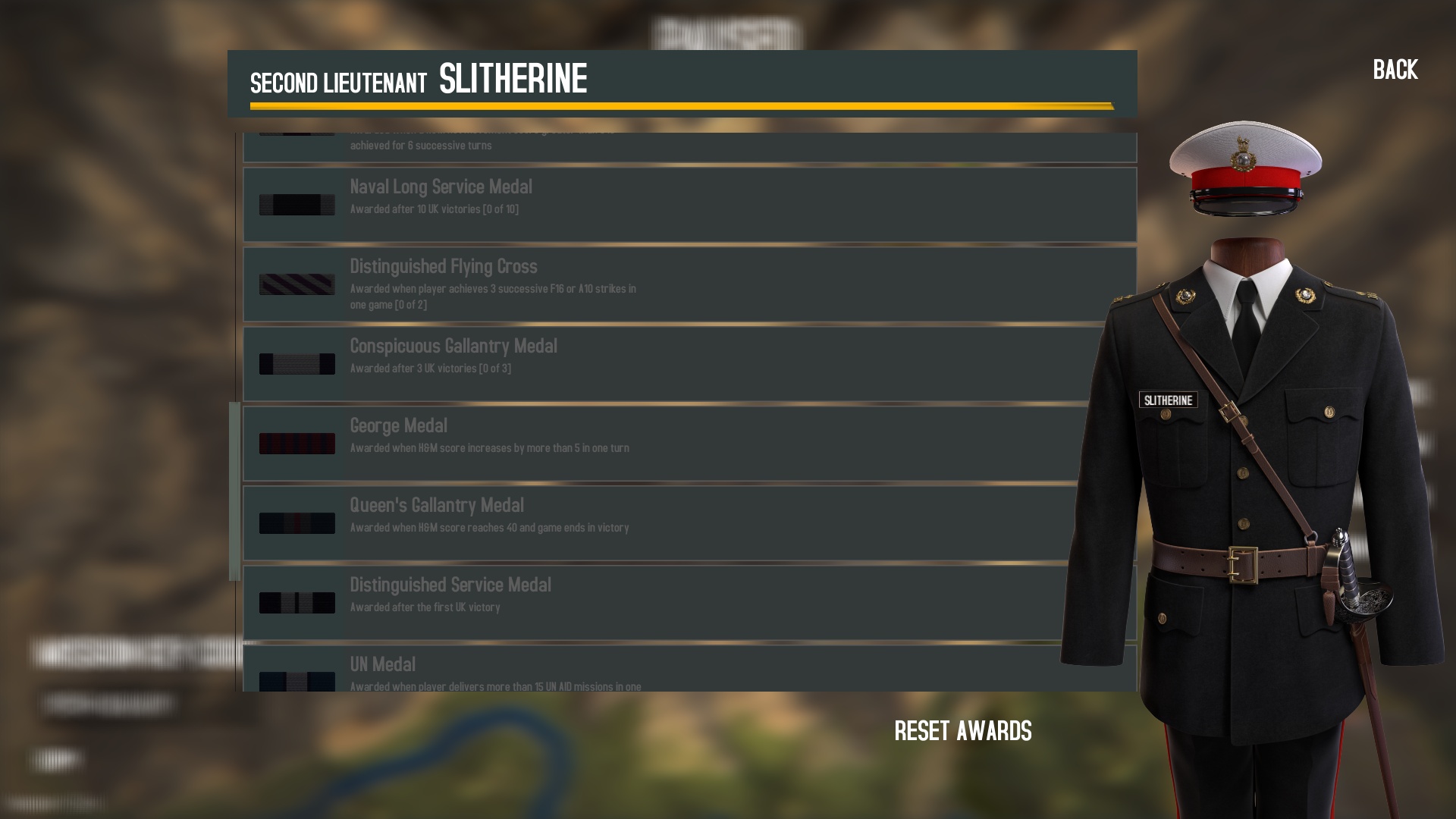 Afghanistan '11 changes the paradigm of wargaming and manages to bring Counter-Insurgency and guerrilla warfare to your screen, properly represented…

Afghanistan '11: Royal Marines is out!

Afghanistan '11 is now available on iOS!

Oct. 24, 2017 - Afghanistan &rsquo;11, the counter-insurgency strategy game developed by Every Single Soldier, is…

This game is still available for sale but is no longer supported, so no bug fixes or updates are possible.

A new scenario campaign is included for the UK Army, following the deployment of the Royal Marines into Afghanistan. From Operation Ptarmigan to Operation Ghartse Dagger, the new campaign adds 10 new unique scenarios for dozens of hours of additional fun. Lead the British forces in their attempt to stabilize the region, with plenty new units such as the Warthog (capable of traversing mountains), the Scimitar or the Jackal.

Civilian vehicles will now randomly spawn on the Highway and the Roads connected to it and travel across it to other villages. But beware of…Car Bombs: Civilian vehicles might be carrying explosives which will detonate upon reaching their destination village. Build roadblocks to stop and search vehicles and you might be able to prevent a car bomb attack. Doing so will give you Hearts & Minds as well as give you Intel.

Win enough H&M in a village and you will receive an Afghan Police unit, capable of taking part to Roadblocks as well as to gather Intel in villages without the need of infantry.

The window of opportunity for gathering intelligence from villages now occurs randomly and only remains available for a random period of time after the fire first starts to burn. This represent the village elders having a meeting and then disbanding.

FOBs now have limited capacity to house troops and vehicles. Whenever a FOB is overcrowded, the player will incur PP costs for every unit over the limit.

Whenever a player has an overall H&M score of above 70 for four (4) consecutive turns, the ISAF handover process is automatically triggered.

Whenever regular infantry are within the spotting range of a SF unit, they will receive an additional combat bonus.

A unique and separate uniform displaying new awards, badges and medals for the UK army has been added.

10 new unique scenarios for dozens of hours of additional fun

FOBs now have limited capacity to house troops and vehicles

Added a unique and separate uniform displaying new awards, badges and medals for the UK army

Base Games (one is required)
Afghanistan '11