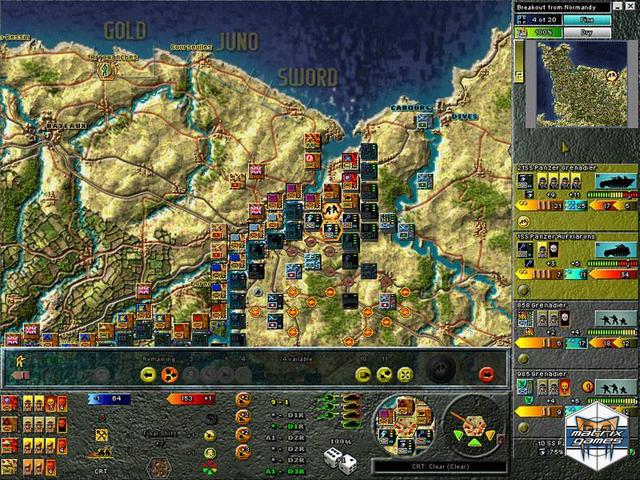 Battles in Normandy brings to you the award-winning Decisive Battles of World War II system and some seriously intense gameplay. Choose to take the Allied side and you're faced with the overpowering burden of locking into mortal combat with some of the German Army's most vicious and experienced Eastern Front veterans. Or, select the Germans and face an all-consuming Allied army that has a near-endless pool of reinforcements and supply to draw from, intent on your complete destruction. 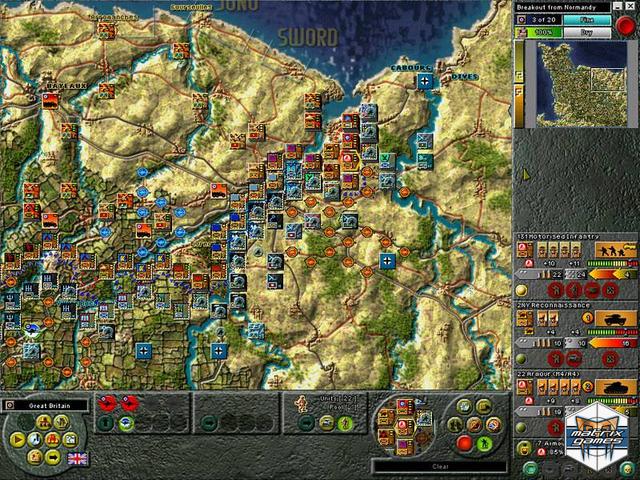 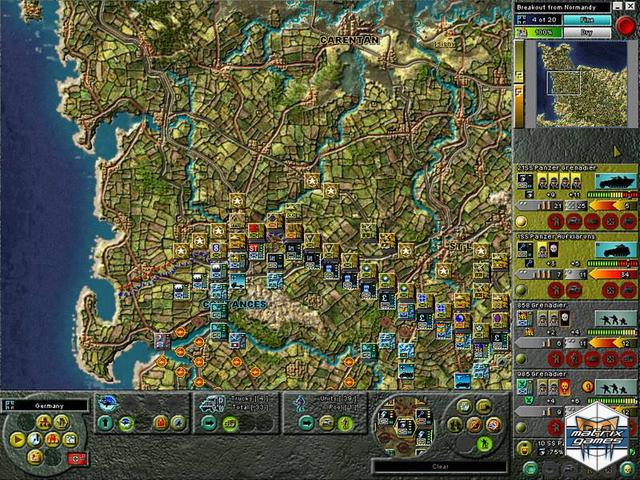 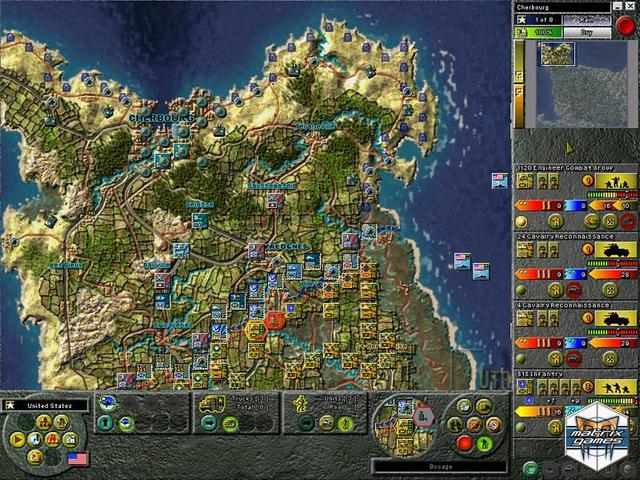 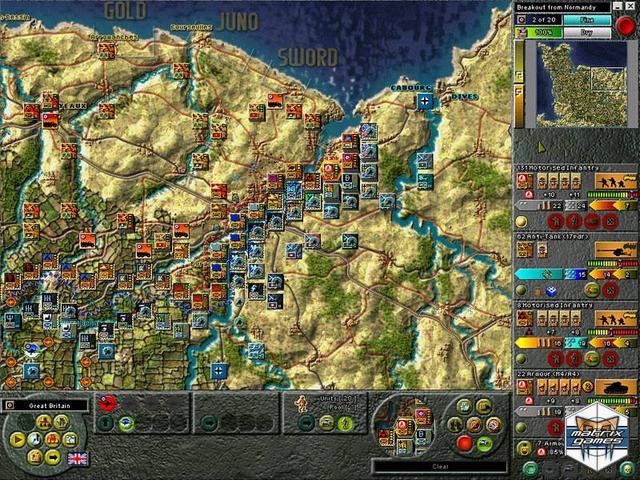 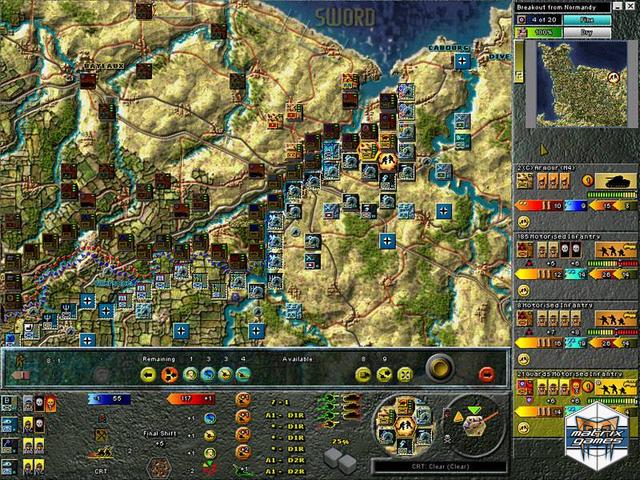 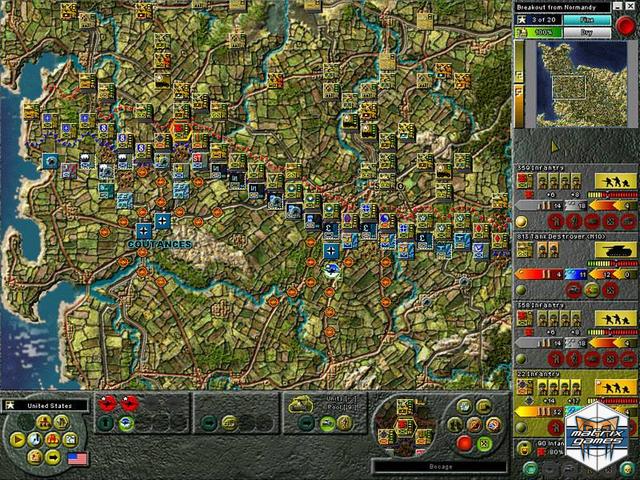 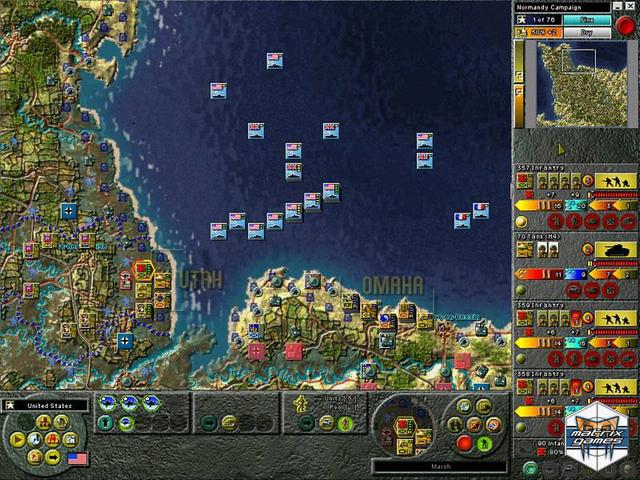 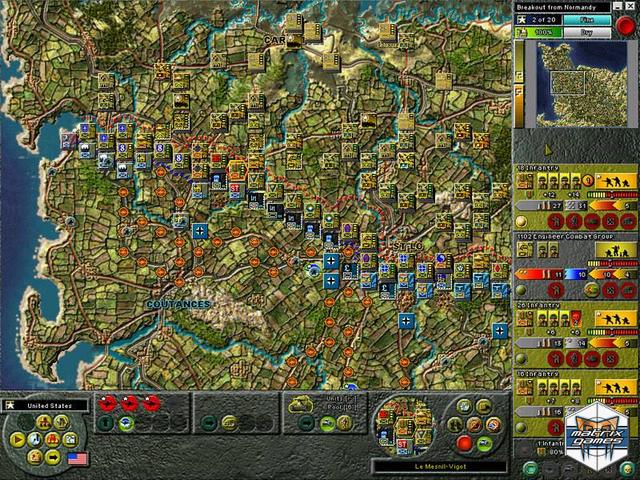 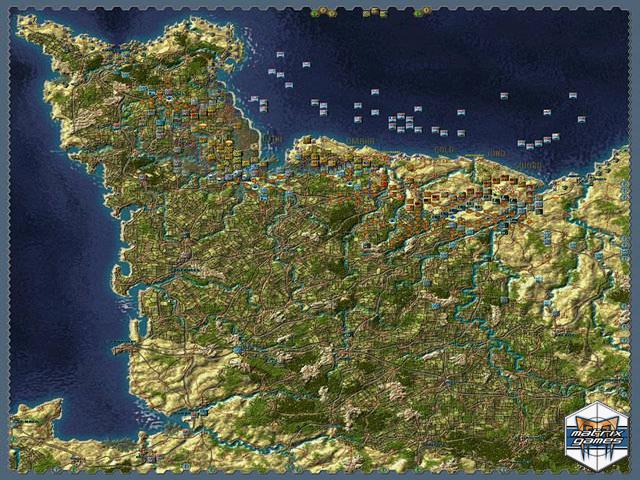 Dec. 07, 2004 - Version 1.01 of Battles In Normandy comes with significant improvements Matrix Games and…

Battles In Normandy Hits The Beaches!

The turn-based operational strategy game Battles in Normandy brings to you the award-winning Decisive Battles of World War II system and some seriously intense gameplay. Final Victory or Defeat had one name: D-DAY!

Choose to take the Allied side and you're faced with the overpowering burden of locking into mortal combat with some of the German Army's most vicious and experienced Eastern Front veterans; victory and liberation for France are by no means a foregone conclusion. Or, select the Germans and face an all-consuming Allied army that has a near-endless pool of reinforcements and supply to draw from, intent on your complete destruction. Either way, two monster campaign scenarios (D-Day to Cobra and Cobra to Failaise) and eight smaller scenarios will cover every important aspect of this campaign, so critical to the redemption of millions under Nazi rule.

The Decisive Battles game engine injects a host of special new rules for amphibious and airborne operations, plus a huge number of other enhancements, to dramatically enhance the gameplay experience. This engine features an integrated move/combat system that exploits the computer's processing and data storage powers to create an opponent that is more fluid and realistic than in traditional computer wargames. Prior combats can influence movement, units have a wide variety of combat and supply abilities, and SSG's legendary AI routines make for truly fearsome opponents. All aspects of a battle are reported to the player, allowing them to make fully informed decisions before a battle, and to determine whether a particular outcome was the result of good/poor generalship or blind luck.