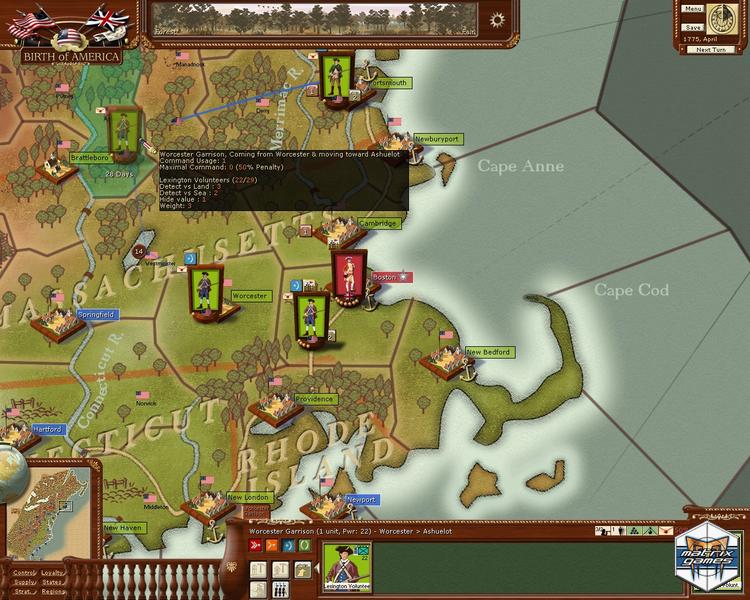 Immerse yourself in Birth of America for PC. Birth of America gives you command of the military forces vying for power. This includes such activities as drafting forces, building forts and depots, sieges and blockades, raiding enemy set and more. 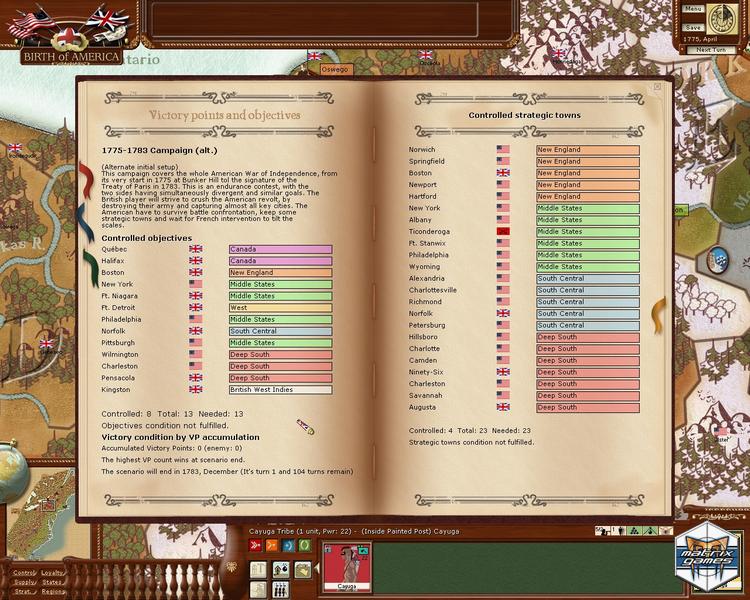 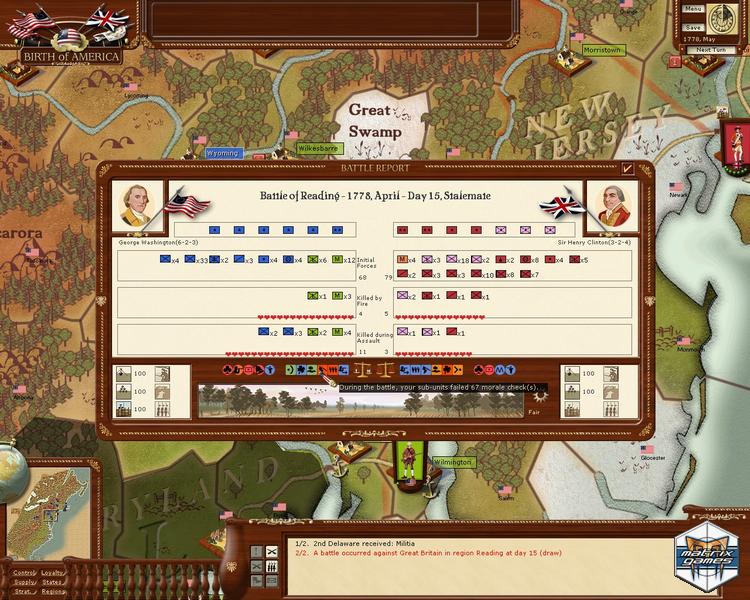 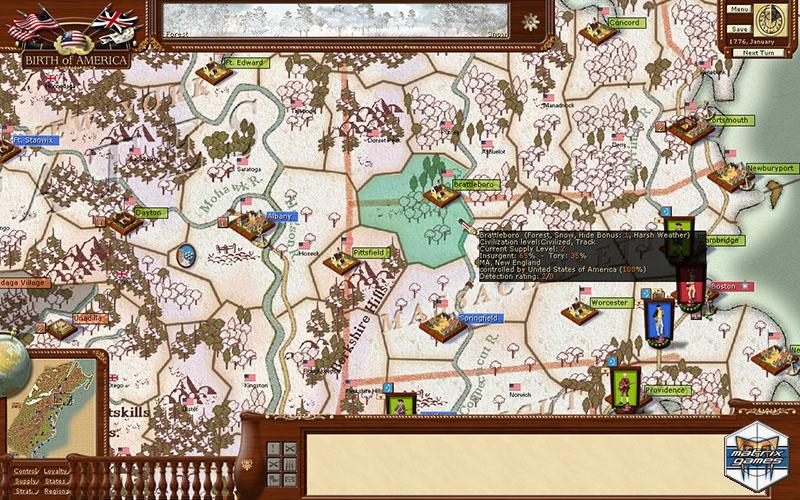 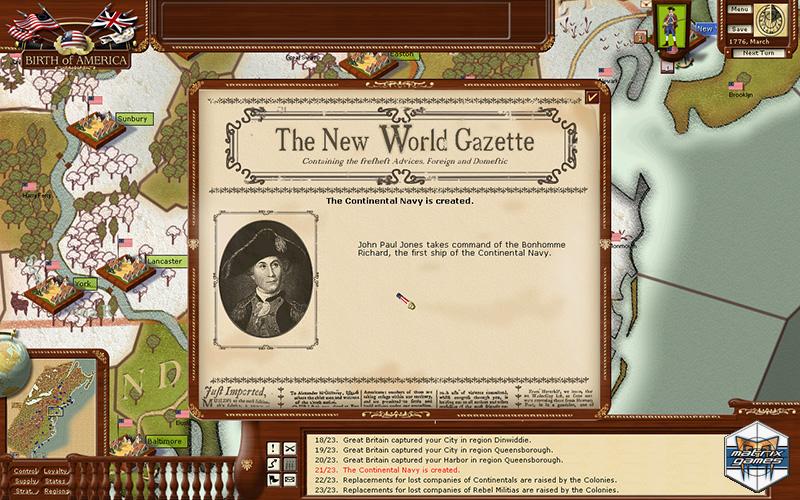 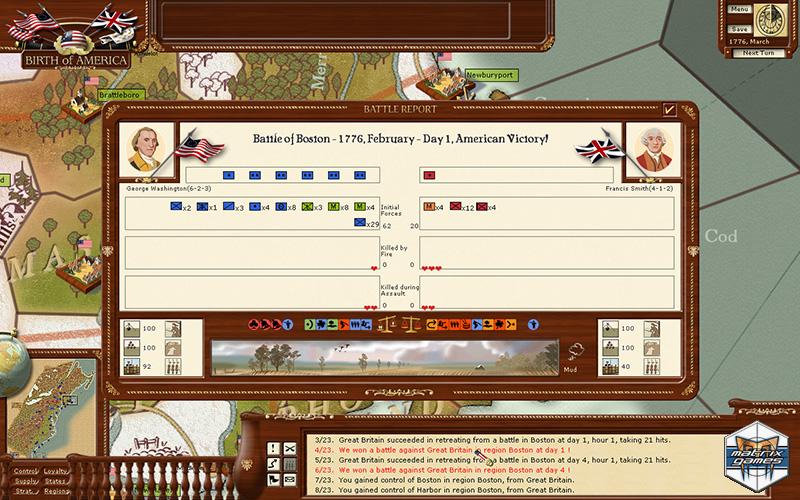 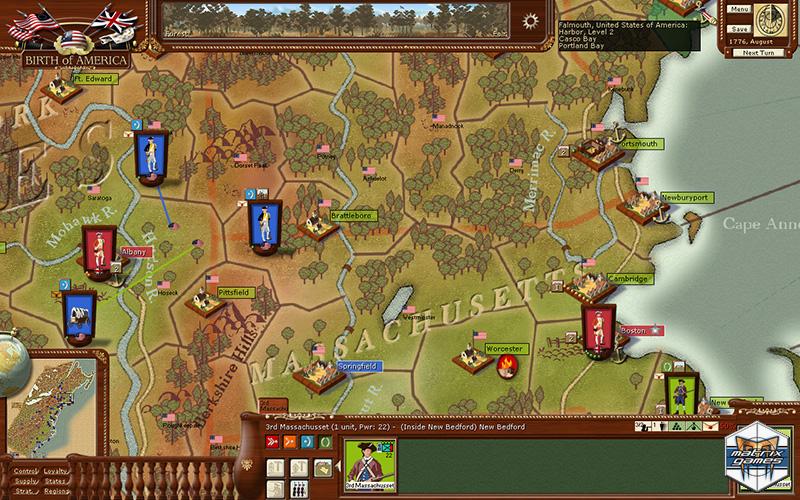 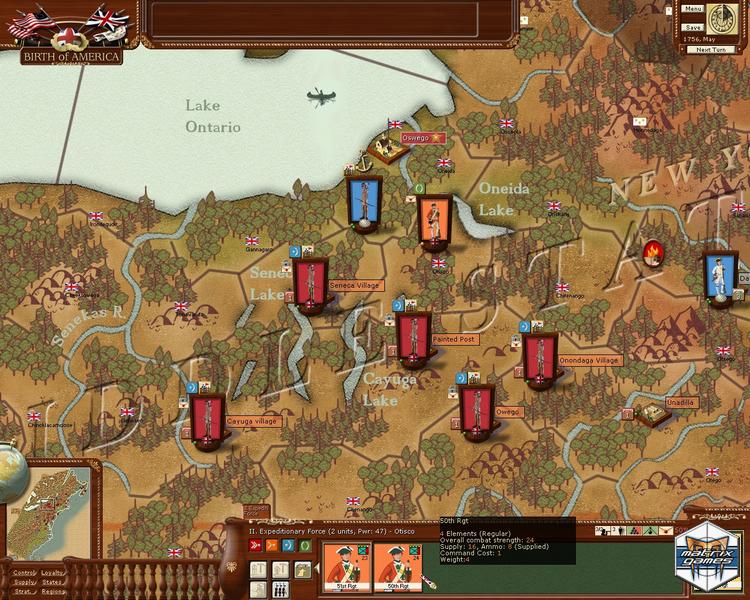 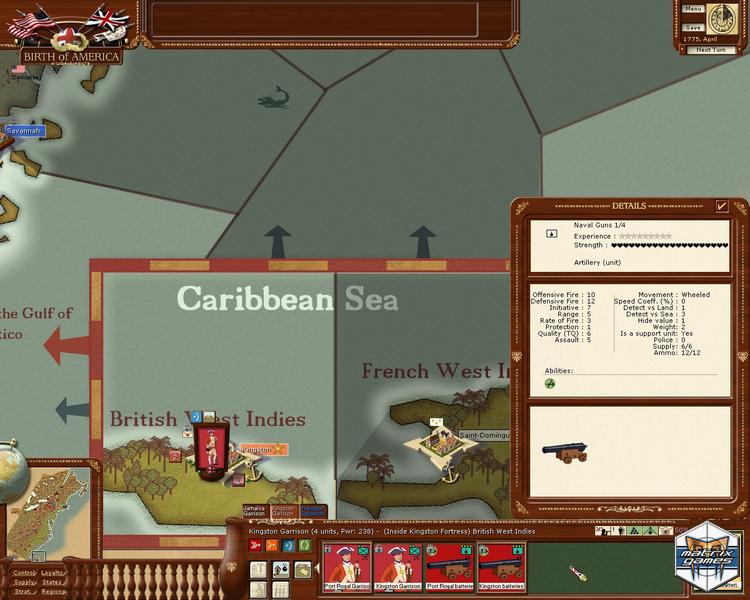 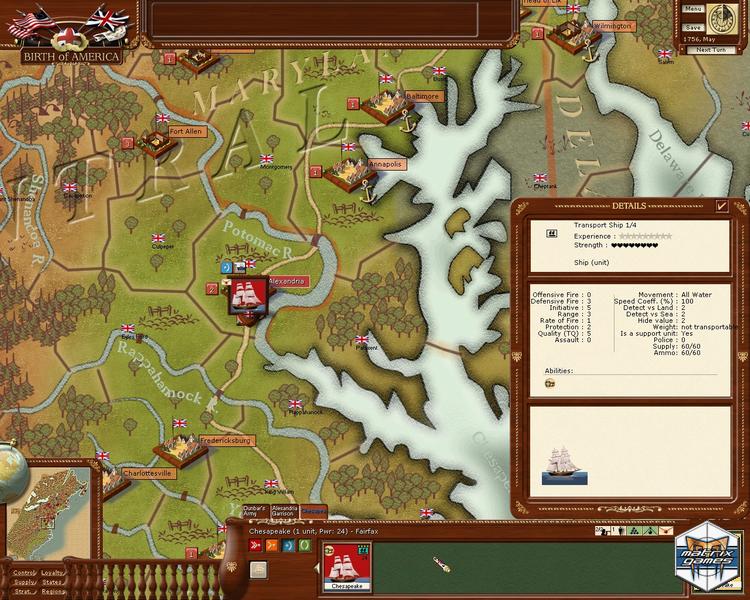 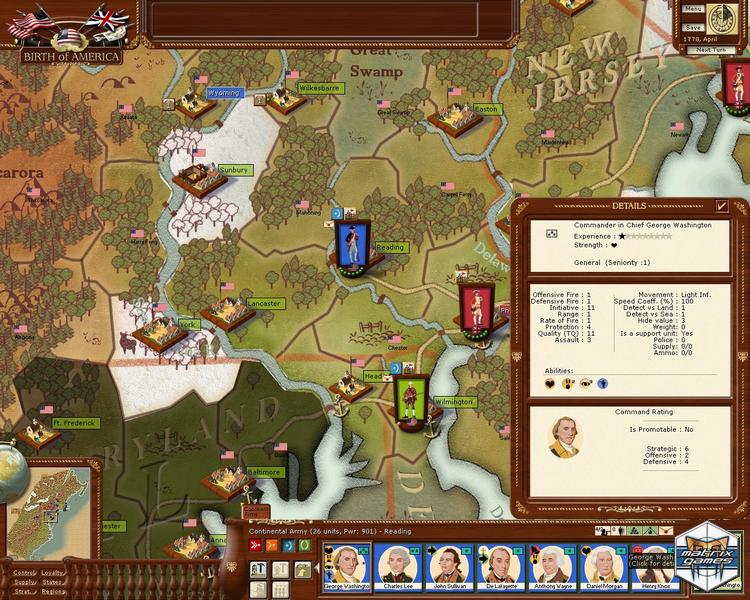 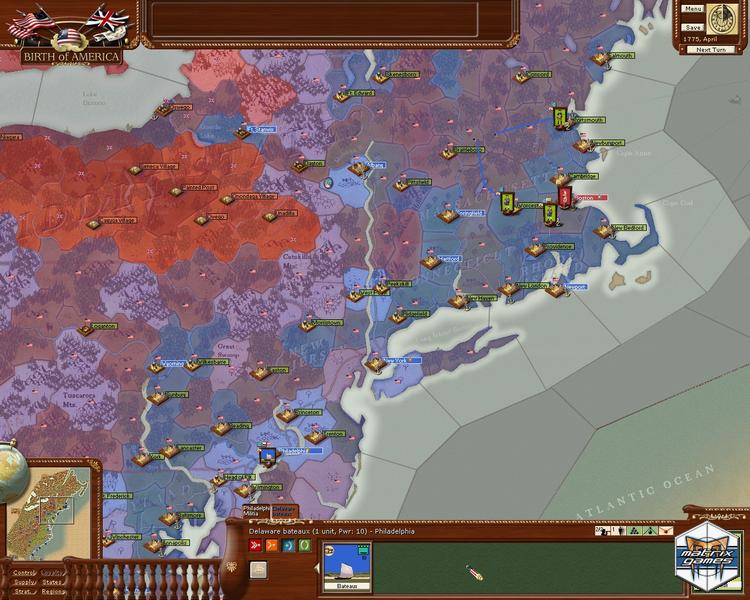 Birth of America is an American Revolutionary War/French and Indian War grand strategy title based on a simultaneous monthly turn style of play. With 10 different scenarios, the game covers both the French & Indian War and the American War of Independence.

Birth of America is already being hailed as a complete and detailed simulation of the two most important wars in Colonial America but with a simple and elegant simultaneous turn-based engine. Players issue orders to their units during the order phase and then enter a collision phase where the orders of both sides are executed simultaneously on a daily basis until the month has elapsed.

Covering the period from 1755 to 1783, in Birth of America you will have the chance to command forces during the French and Indian War and, of course, the American Revolutionary War. Scope of the game covers all of North America (Florida to Quebec and New England to Mississippi) which are portrayed by over 700 accurately drawn provinces. Every province is meticulously crafted through a great diversity of terrain, climates, and civilization levels to represent the unique strategic situation presented by the geography of each region.

Players have the ability to control most the military action in their nation like drafting forces, building forts and depots, sieges and blockades, raiding enemy settlements and battles, both on land and at sea. However, political aspects of the conflict (especially during the War of Independence) are also taken into account. Political power plays can have significant impacts on various aspects of the game’s strategic situation. Things like militia levies, the opinions of one’s minister in the homeland, and rebels and Tories shifting loyalties can all help or hurt your quest for victory.

Over 700 provinces, with a great diversity of terrain, climates and civilization levels

Over 100 historical leaders at your command

Troop types include dragoons, siege artillery, rangers, marines, ships of the line and lake flotillas, over ninety different units in all

Naval units come in the form of warship squadrons and flotillas

A unique hand-made graphical design and work that reminds players of the boardgame spirit and quality handicraft of the 18th Century ... and many more!