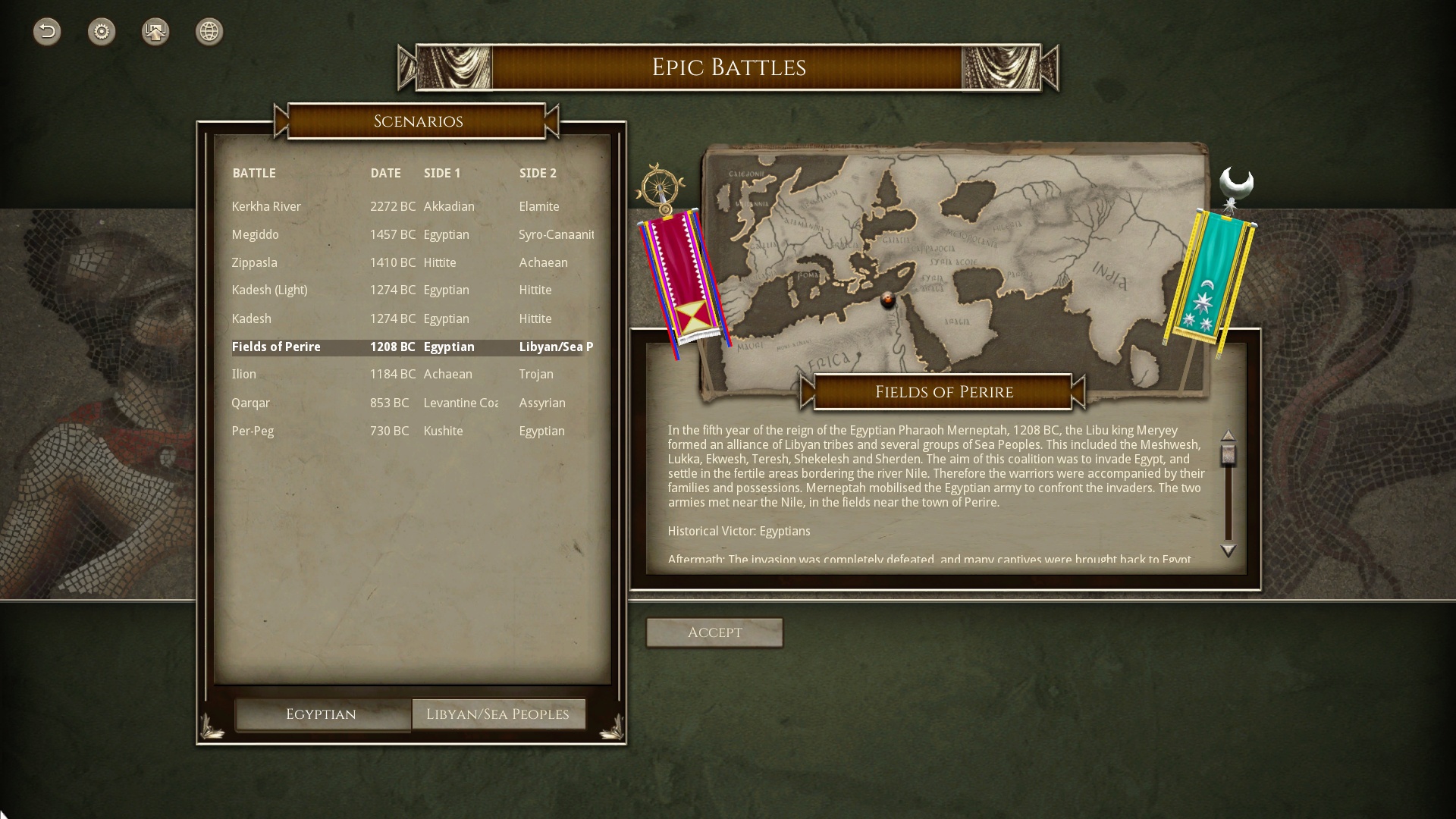 Smite your foes with bow and spear as you lead your mighty chariots to glorious victory. Swifter than Eagles extends Field of Glory II backwards to the dawn of “civilised” warfare, covering the period from 2500-681 BC.
Coming Soon 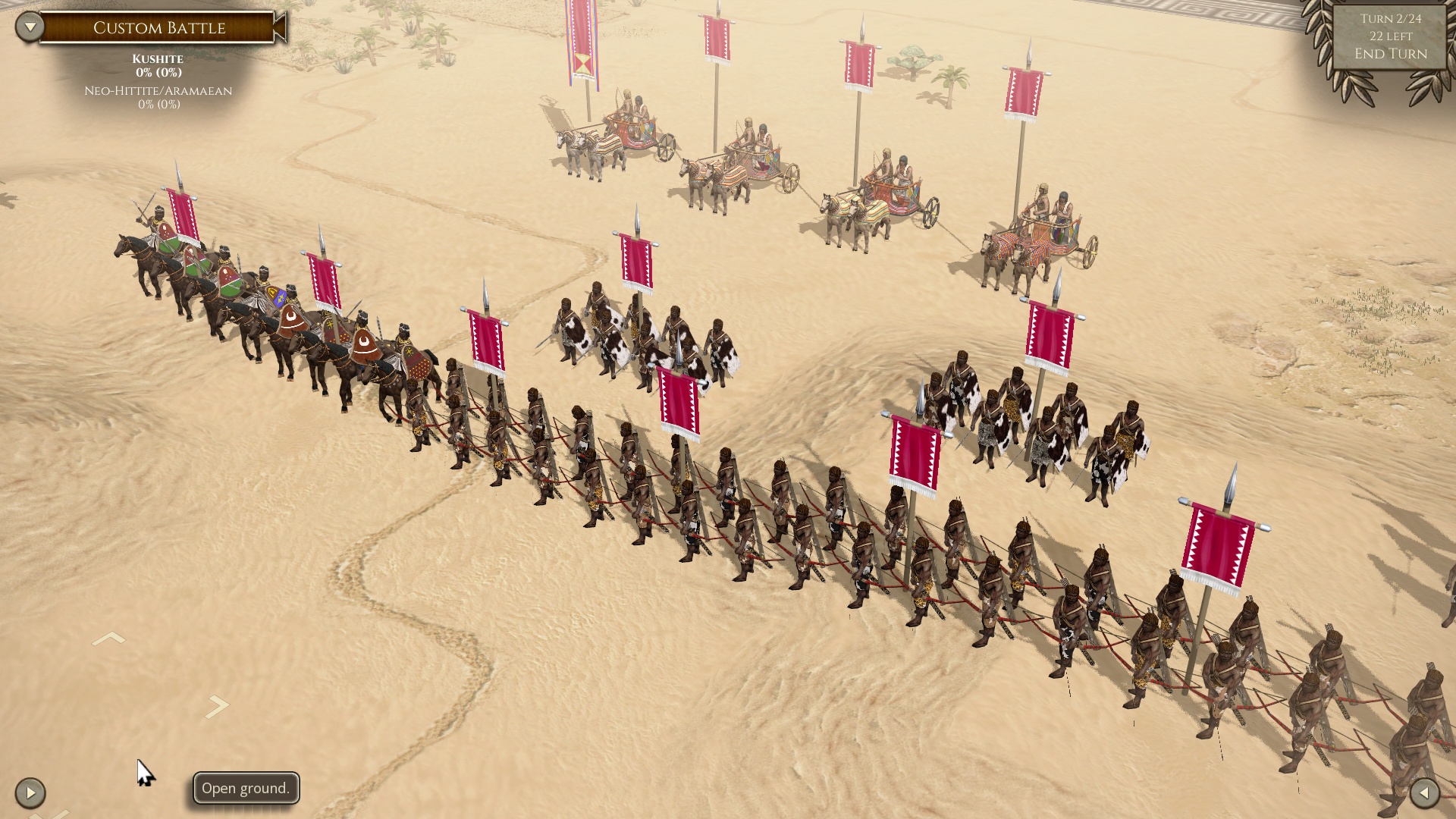 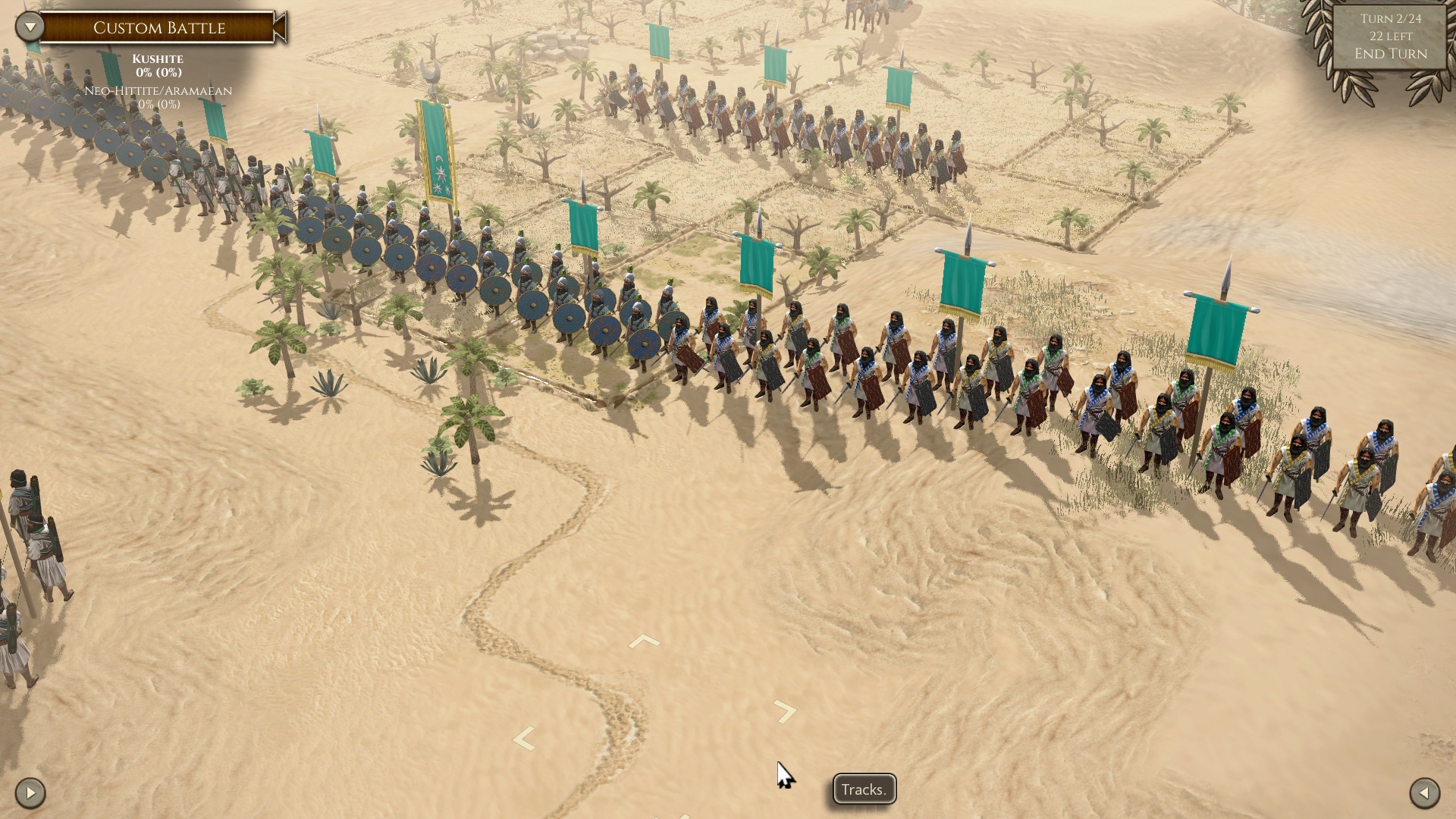 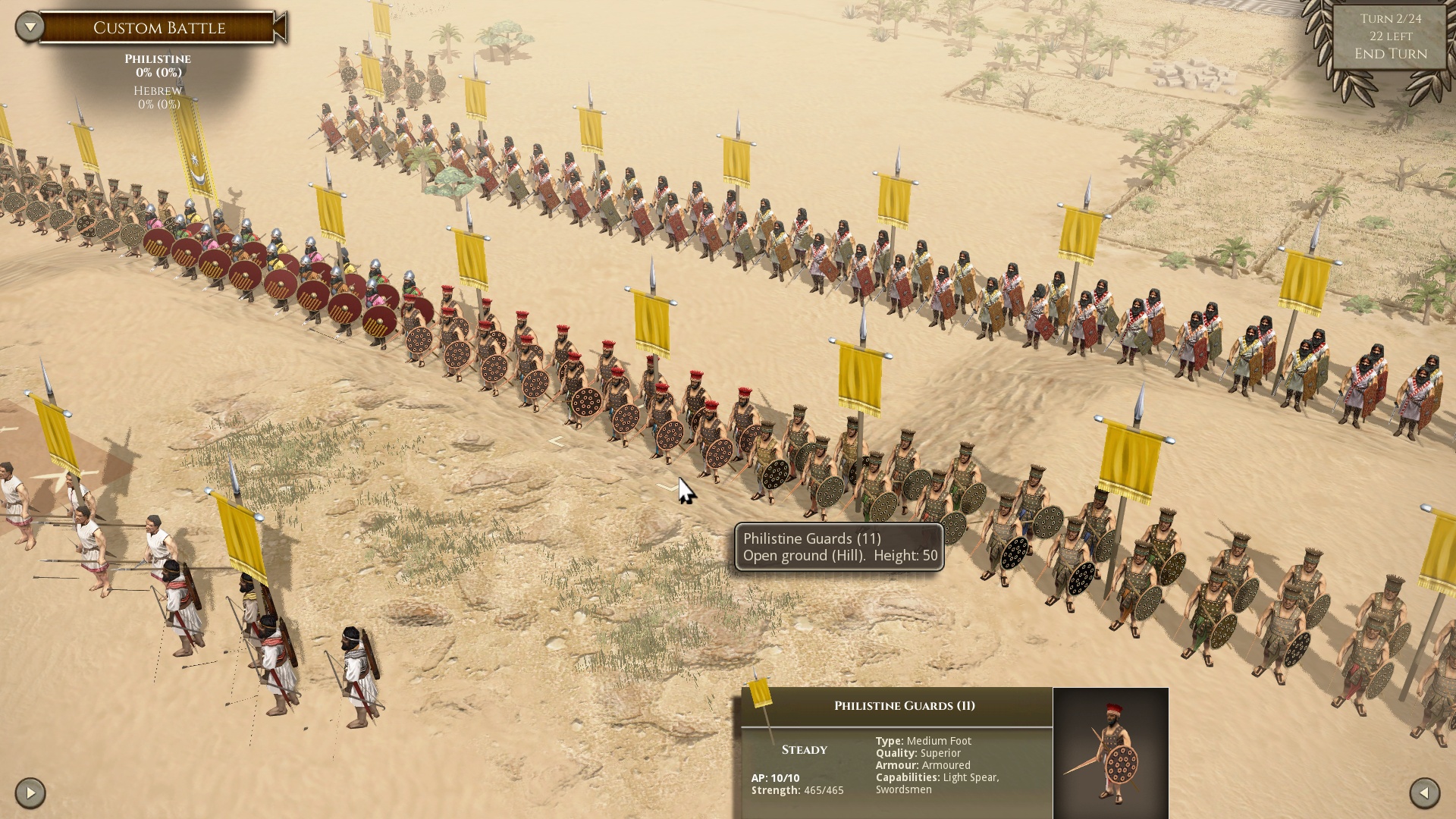 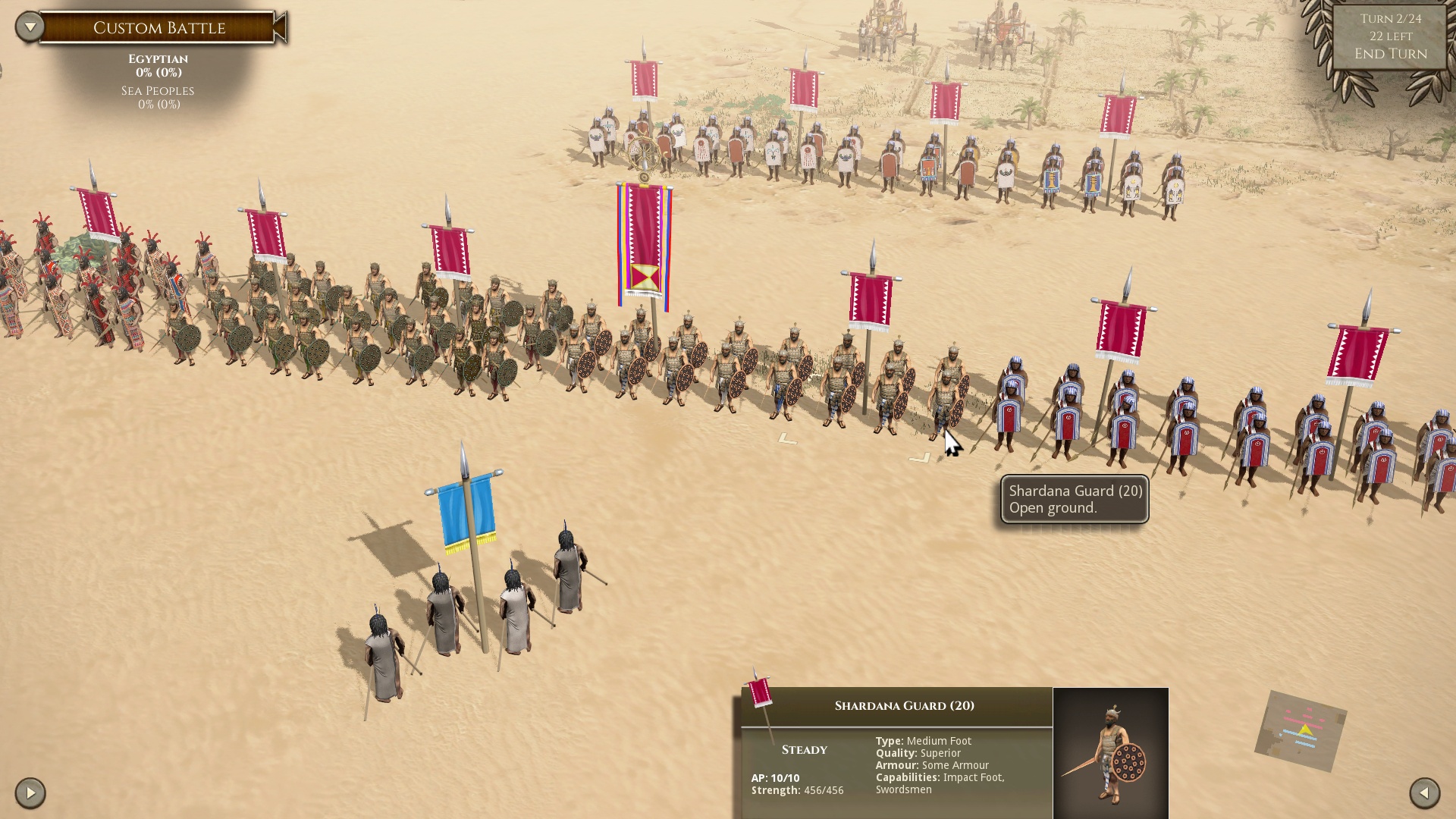 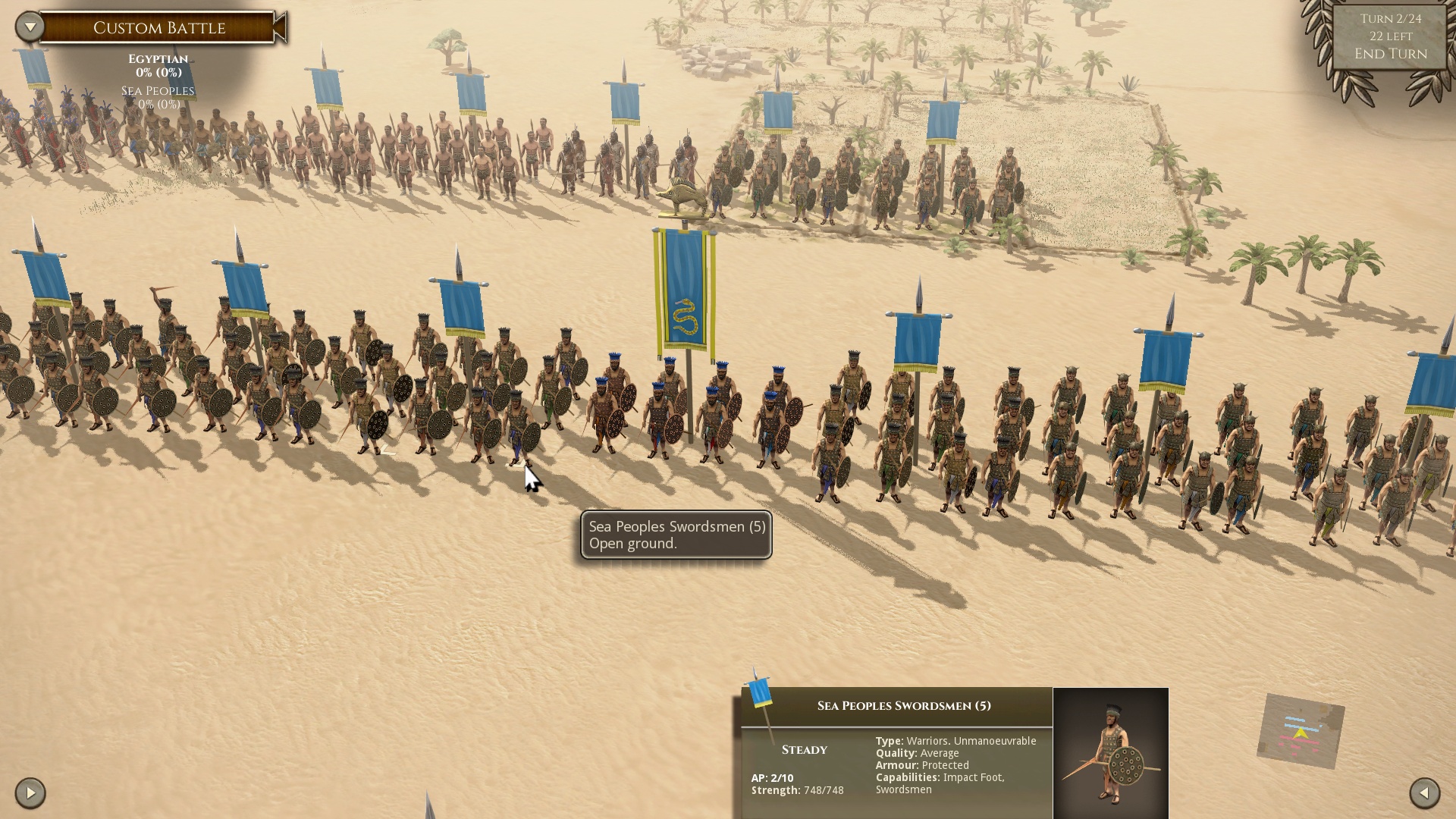 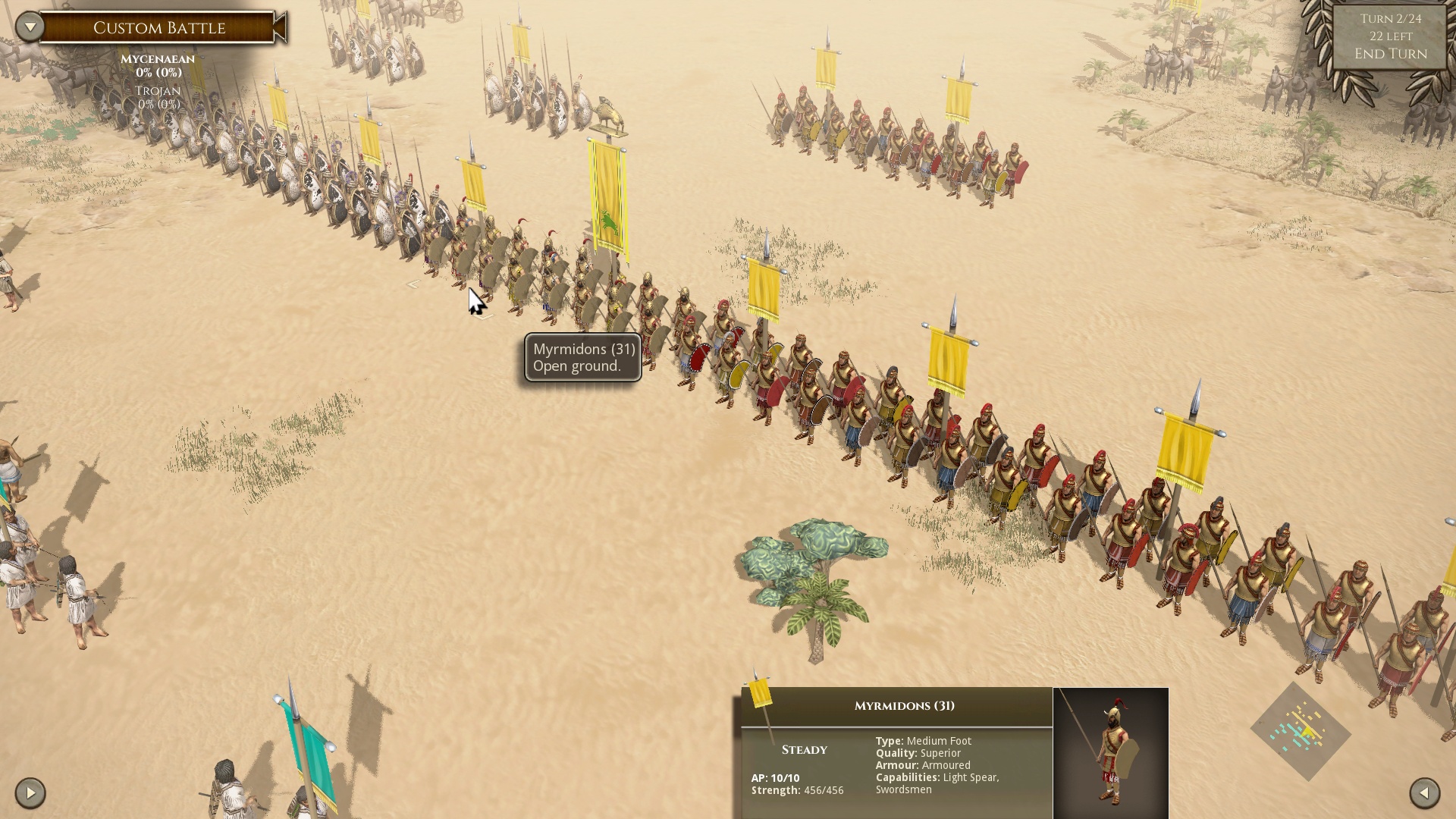 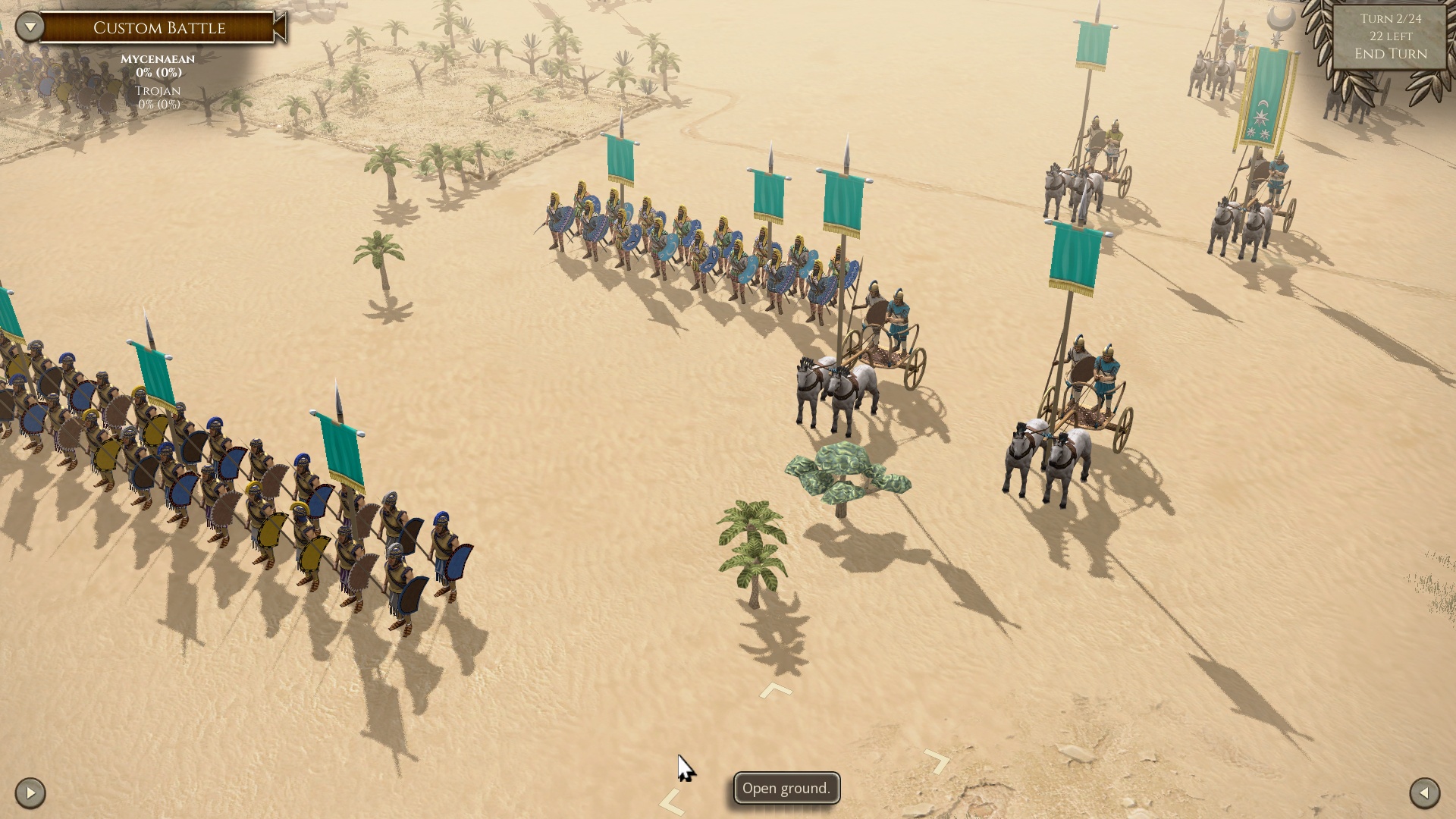 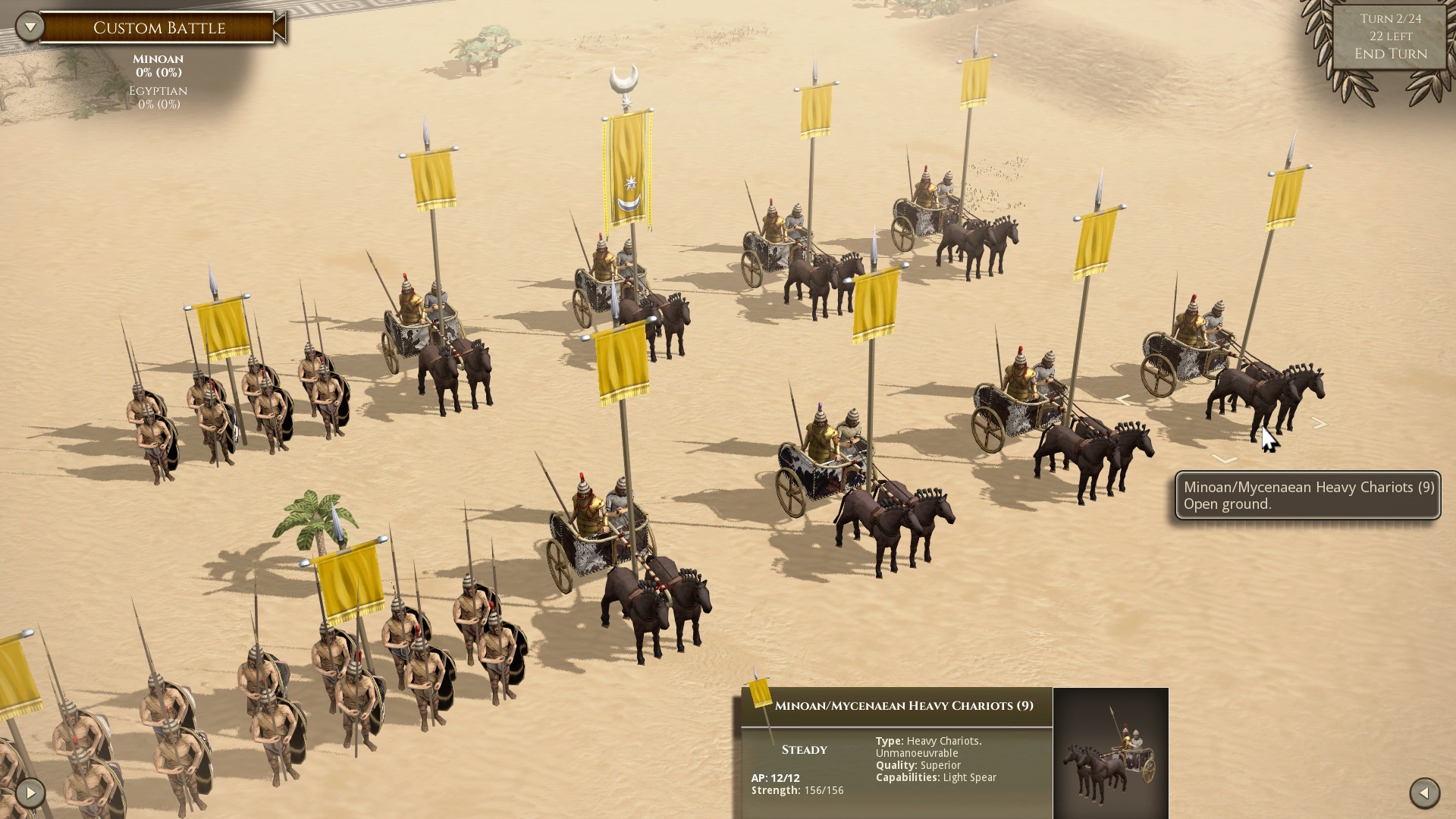 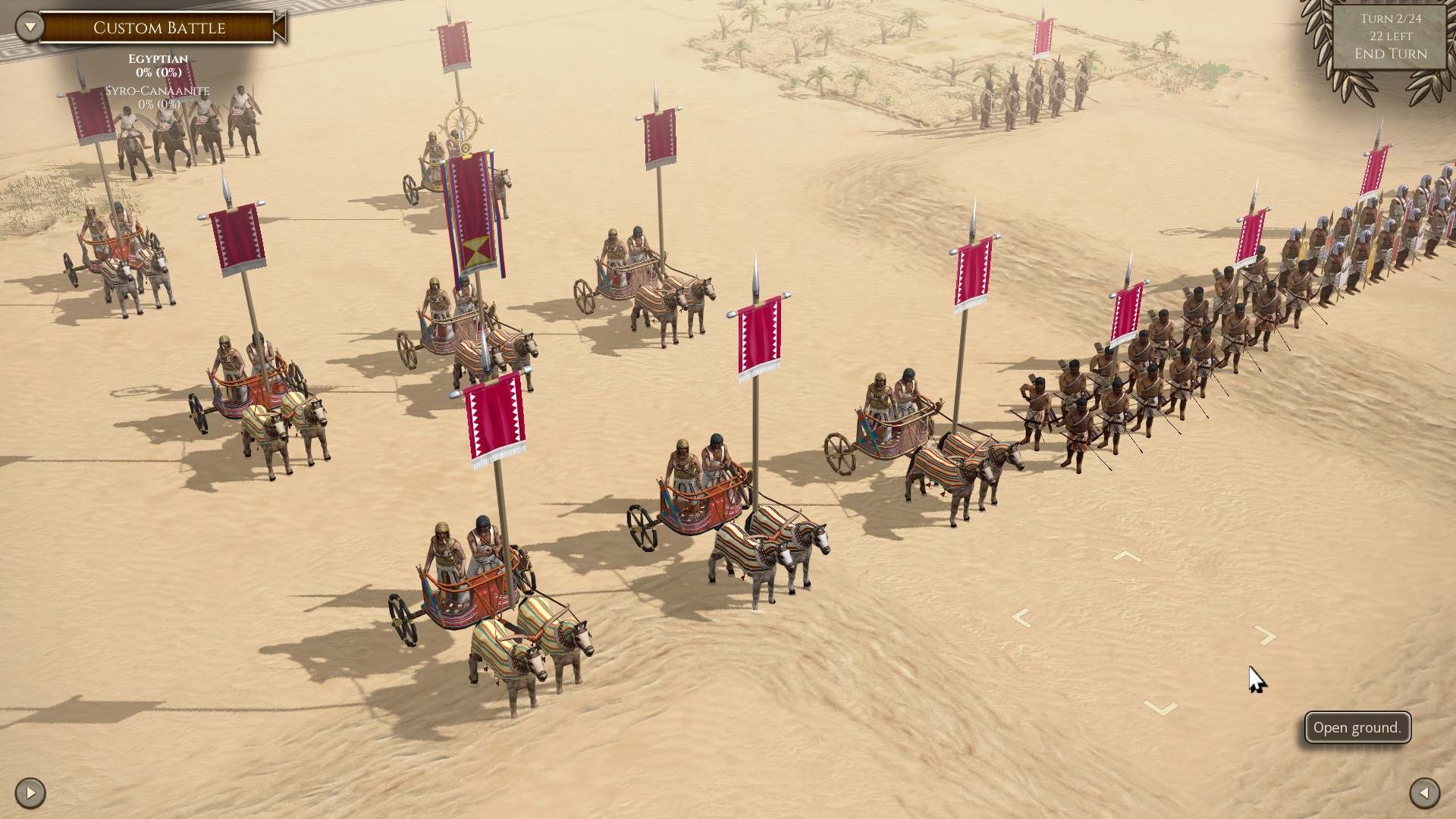 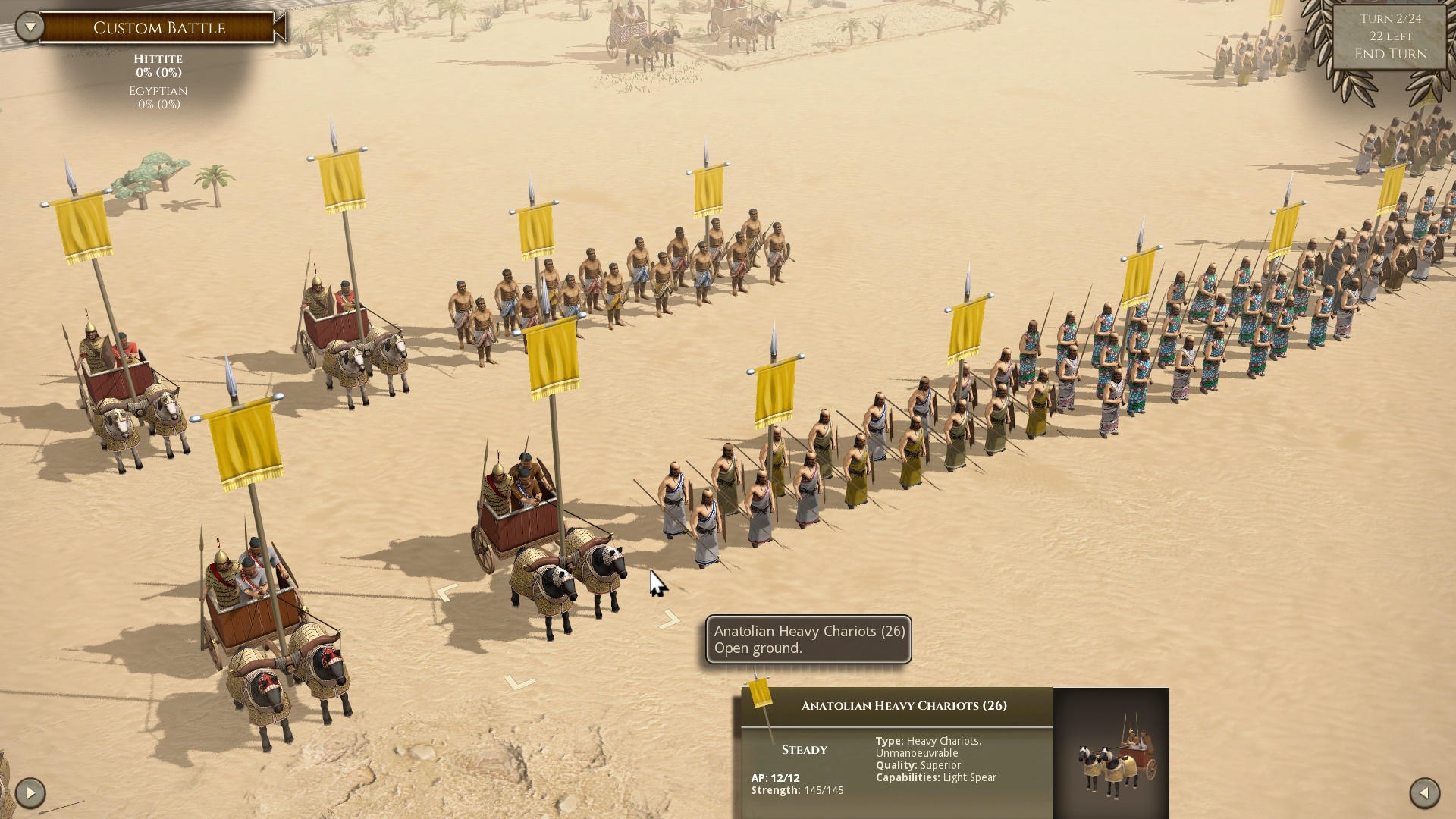 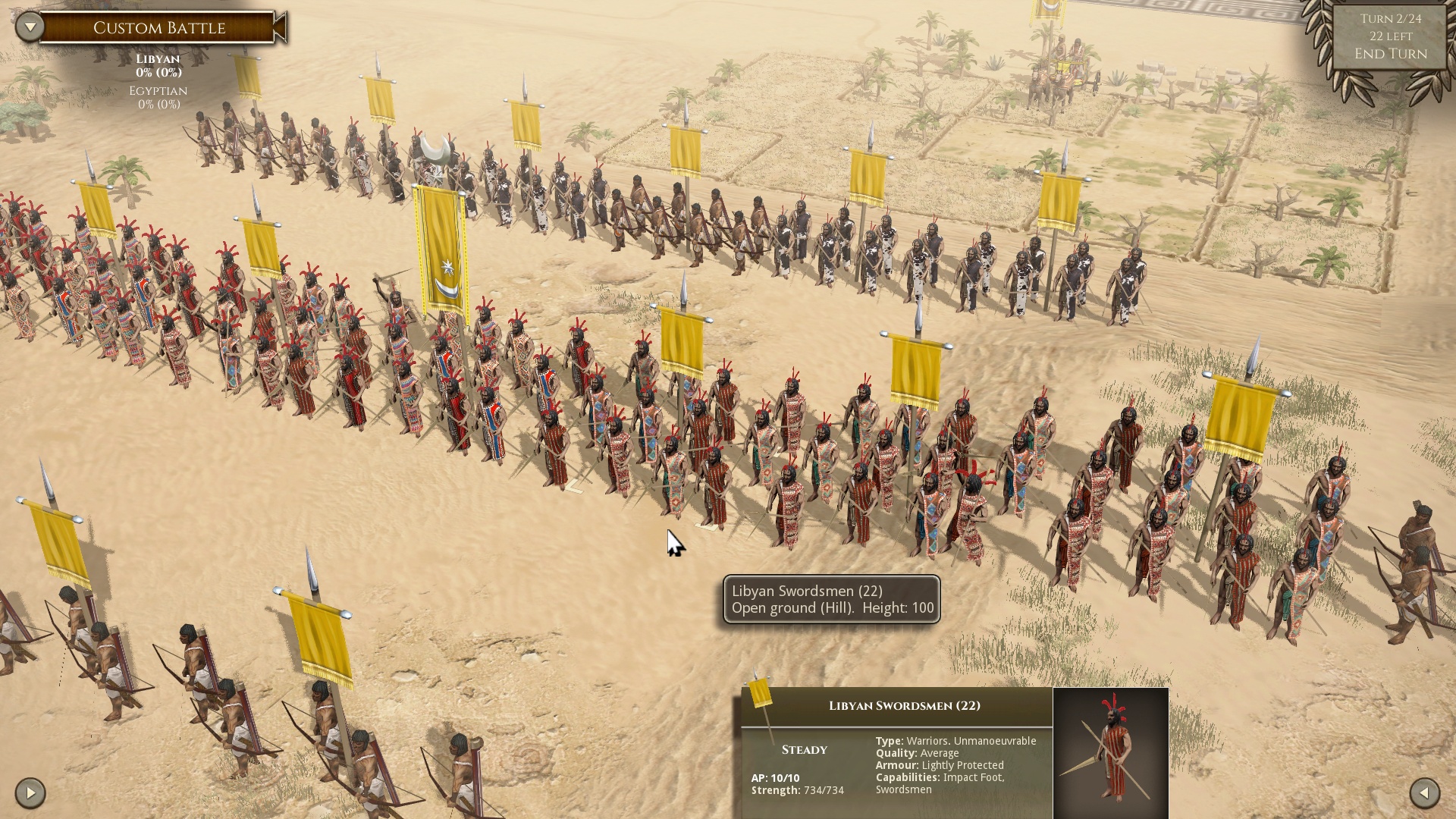 Smite your foes with bow and spear as you lead your mighty chariots to glorious victory. Swifter than Eagles extends Field of Glory II backwards to the dawn of “civilised” warfare, covering the period from 2500-681 BC.

The first civilisations in the Near East arose during the Early Bronze Age, 3500 to 2000 BC, in what is known as the Fertile Crescent, a vast semi-circular area of agricultural land stretching from Egypt to Mesopotamia. The most important of these were the many Sumerian city states, and the Old Kingdom of Egypt ruled by kings worshipped as living gods.

The Middle Bronze Age, 2000 to 1600 BC, saw mass migrations of peoples into the Near East, which saw the rise of new states such as the Mitanni, Hittites, Babylon and Assyria. Northern Egypt was overrun by the Hyksos, who ruled as the 15th Dynasty. Chariots were developed in this period as truly effective battlefield weapons.

Around 1550 BC, the Hyksos were expelled from Egypt and the New Kingdom period began. Under the New Kingdom Pharaohs, Egypt adopted a more aggressive foreign policy, and carved out a foreign empire in Canaan and Syria. This placed them in direct competition with the other great international powers of the Late Bronze Age, 1600 to 1200 BC, first Mitanni, then the Hittites.

Most of these great civilisations experienced a major crisis at the end of the 13th century BC; The Mycenaean and Hittite palace cultures collapsed, the Kassite Babylonian dynasty fell, the Egyptians abandoned their Asiatic empire, Ugarit and other Amorite city states were destroyed. The reasons for this crisis are not fully understood, but probably included drought and famine. Another possible factor was the migration of aggressive tribes into the region, including the enigmatic Sea Peoples.

After civilisations had recovered from the Late Bronze Age collapse, the Near East was dominated by the Neo-Assyrian Empire, which crushed all opposition with extreme brutality, eventually ruling over almost the entire Fertile Crescent during the 7th century BC. Meanwhile, Egypt went into a long period of decline, which saw her conquered by a succession of different foreign powers.