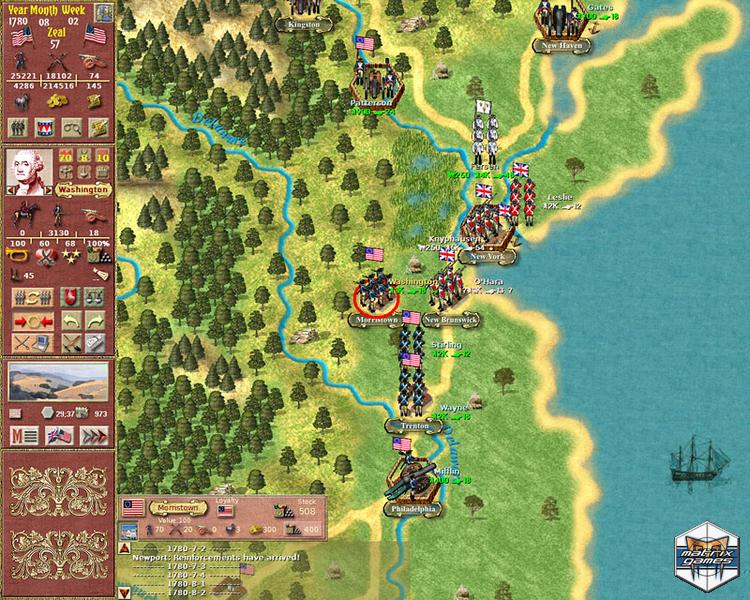 Hussar Games' "For Liberty!" is a turn based strategy game covering the American Revolutionary War from 1775 - 1783 and the Hungarian Rakoczi Independence War from 1703 to 1711. 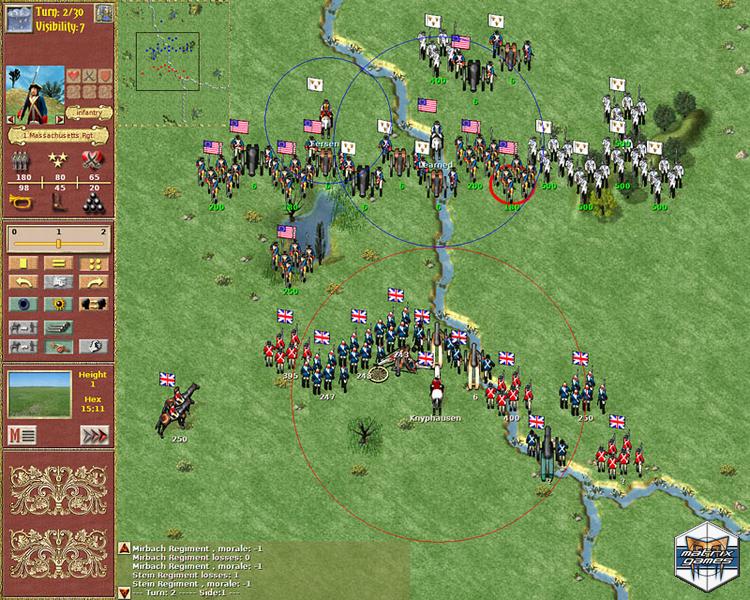 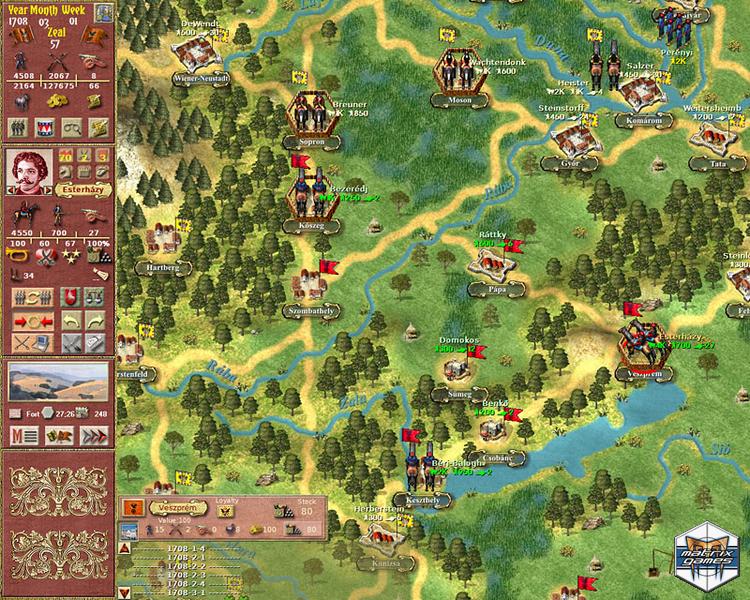 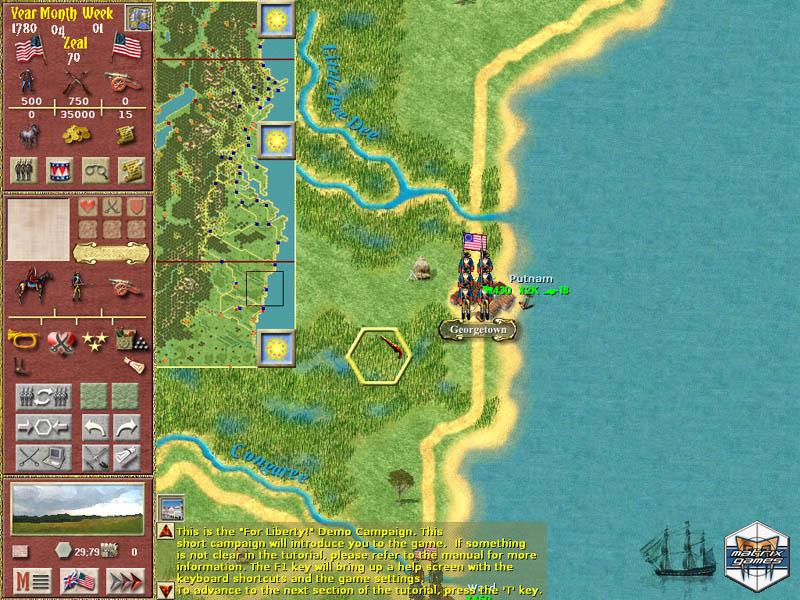 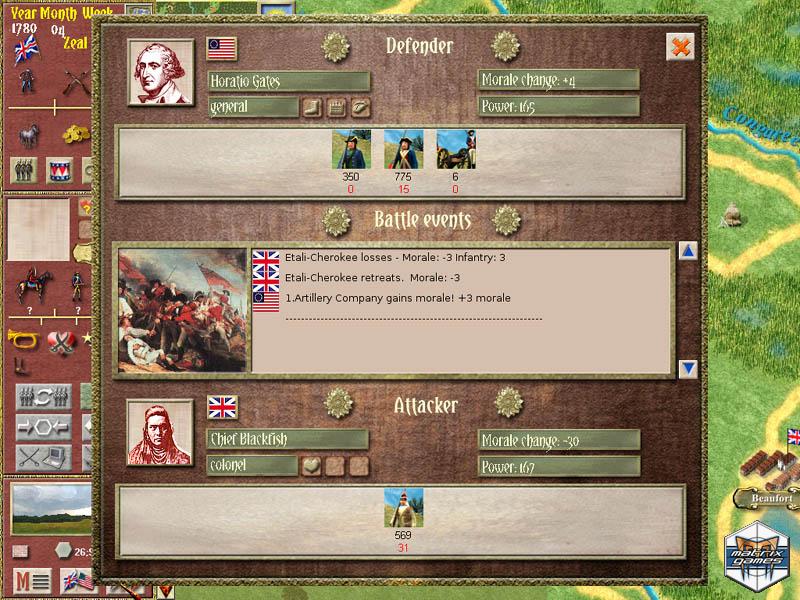 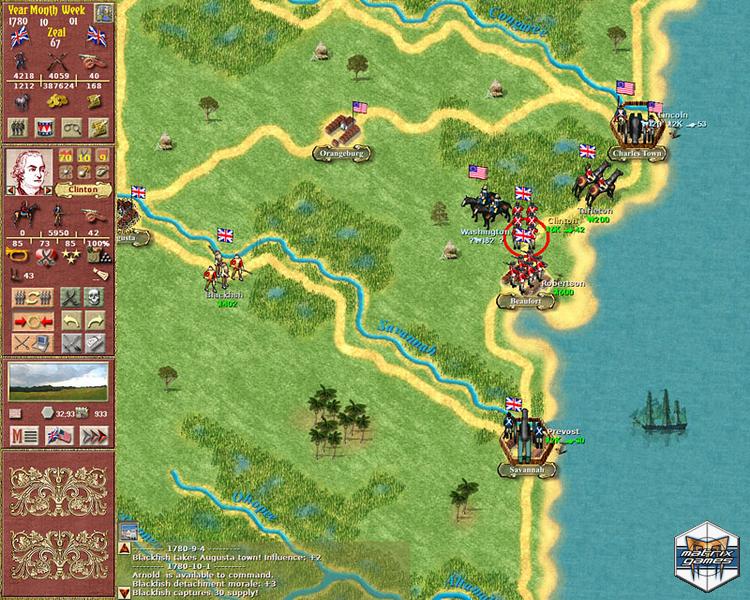 For Liberty! Is Updated

Mar. 19, 2009 - Balance changes and AI improvements on the way to send the Redcoats packing! Matrix Games and…

For Liberty! Charges Forward With A New Update

Jul. 19, 2007 - The quest for liberty just got a whole lot better with some AI improvements and tweaks in this…

For Liberty! is a turn based game both on the strategic and tactical level, covering the American Revolutionary War from 1775 - 1783 and the Hungarian Rakoczi Independence War - the eastern theater of the War of Spanish Succession from 1703 to 1711.

For Liberty! will make you truly understand how long and hard warfare was in the 18th century.

You can command as many or as few of your forces as you want. Commands for troops range include attack, recon, retreat, train, rest, pillage, siege enemy forts, fortify important locations. You are responsible for paying and supplying your troops as well.  Political decisions and foreign aid are simulated by an influence system that you can use to change the strategic situation.

Use your influence to recruit temporary militia, insurgent regiments, or Indian (Native American) warriors that can augment your force.  The fleet can be used to transport your troops to hard to reach locations where you can surprise the enemy. You can support your operations with the cannons of your fleets. There are 16 unit types of 5 nations included, each in authentic uniforms. All units in the game are large, animated figures. Each turn covers one week of real time.

Manage important resources (recruits, horses, muskets, cannons, money and supply) and exploit the detailed political systems of the game, that allows you to influence political decisions.

Players can select basic ruleset for new players and advanced ruleset for veterans and can choose between 3 different difficulty levels.

Campaign editor - create your own fictional or historical campaign

AI enhancements on both the strategic and tactical levels

Random events such as pirates, epidemics, betrayals, fires and many others

400 historical leaders. Leaders are rated and can have up to three 3 special abilities with over 16 to choose from

4 kind of formations on the tactical map: skirmish, column, line and routed

Realistic depiction of battles, units will not fight to the last man, battles are won by routing the enemy army from the field