Kharkov: Disaster on the Donets 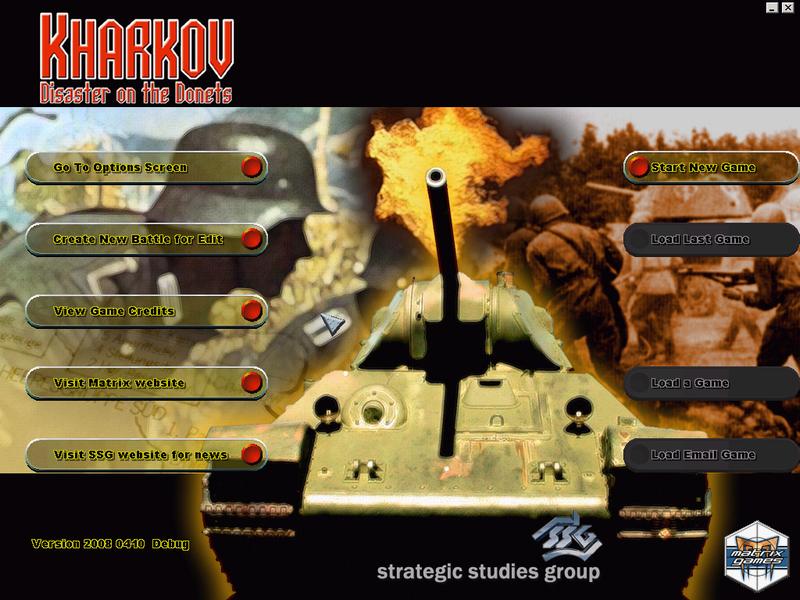 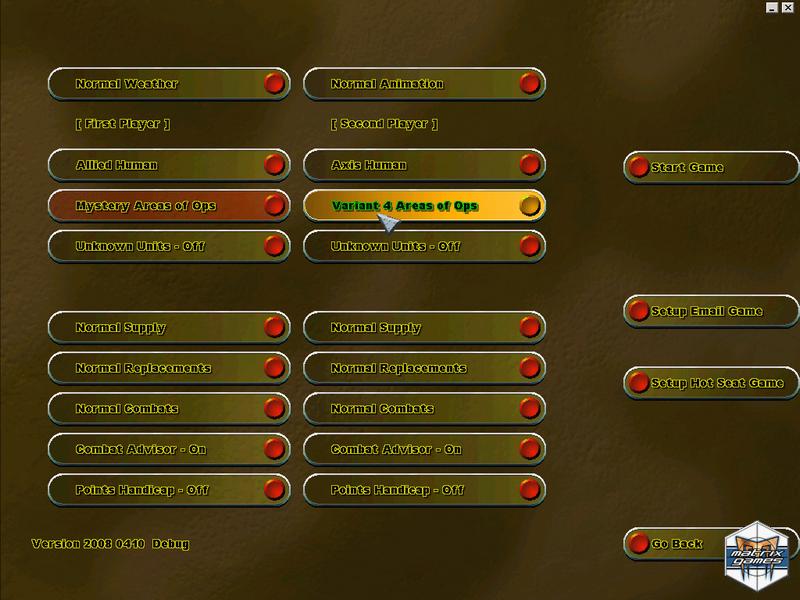 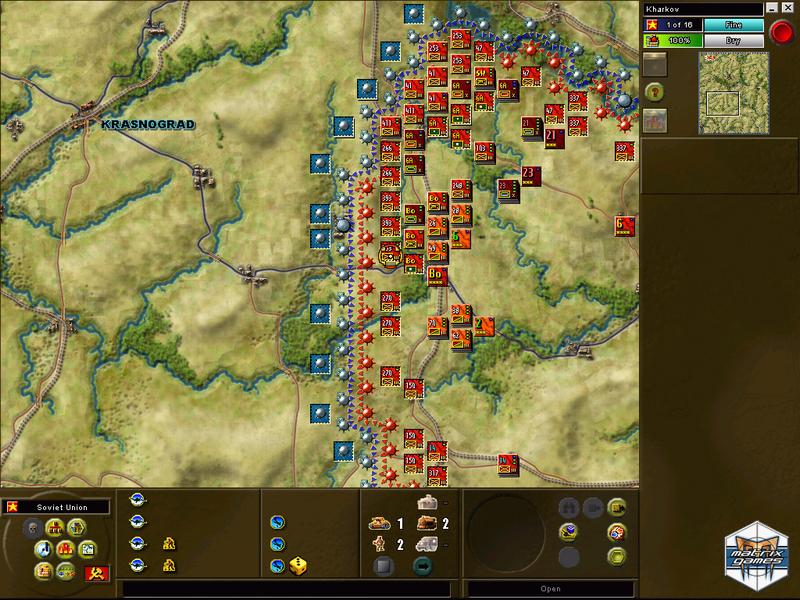 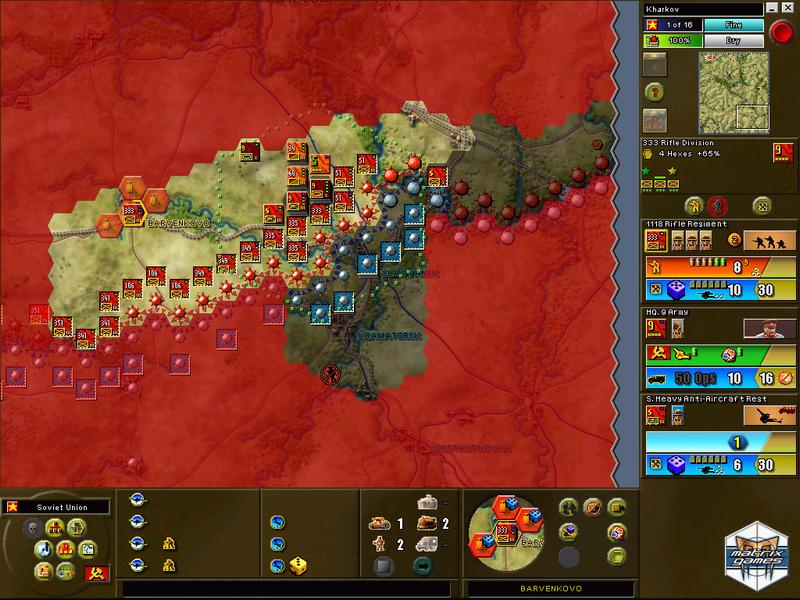 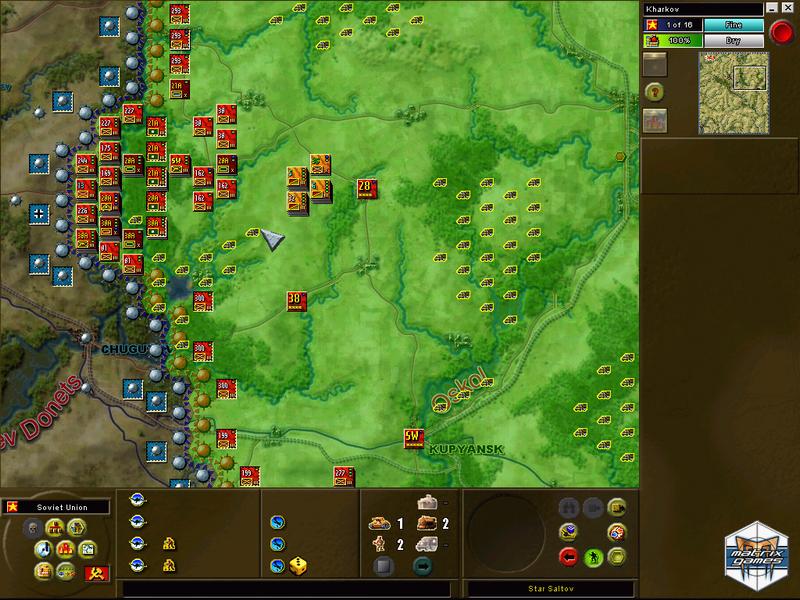 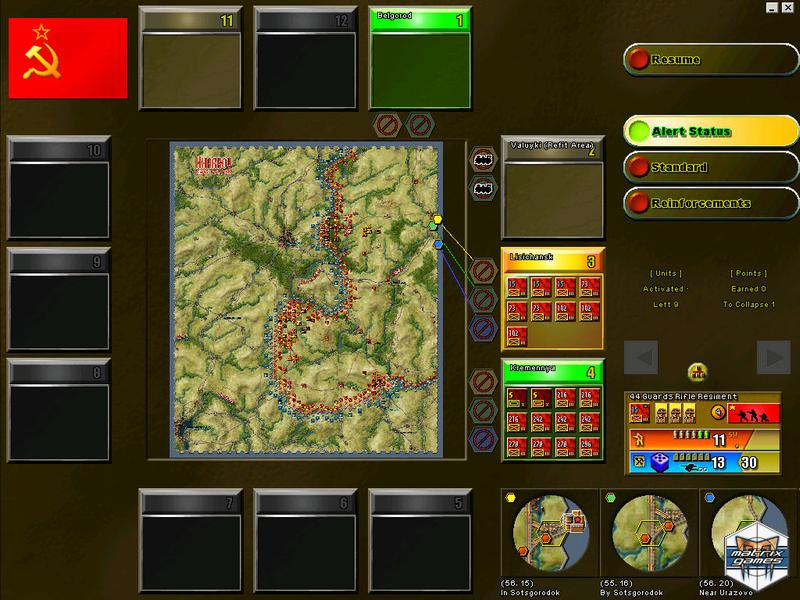 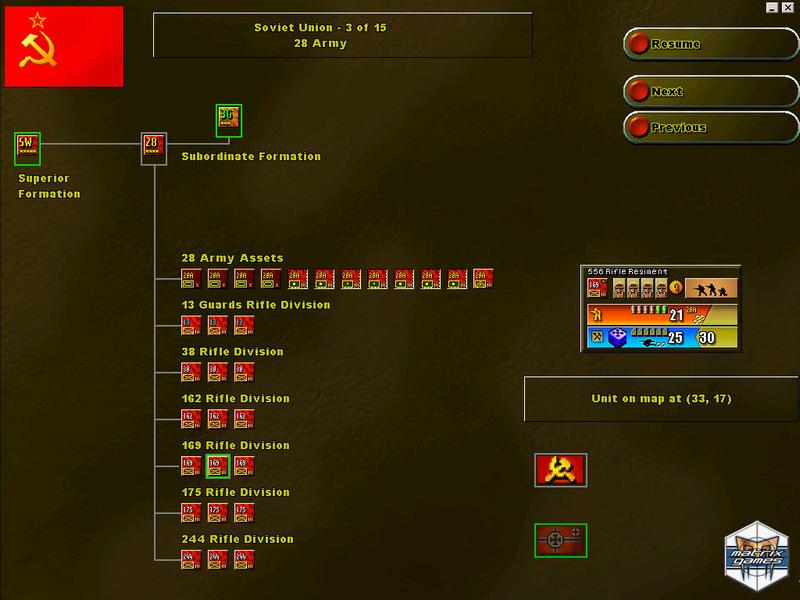 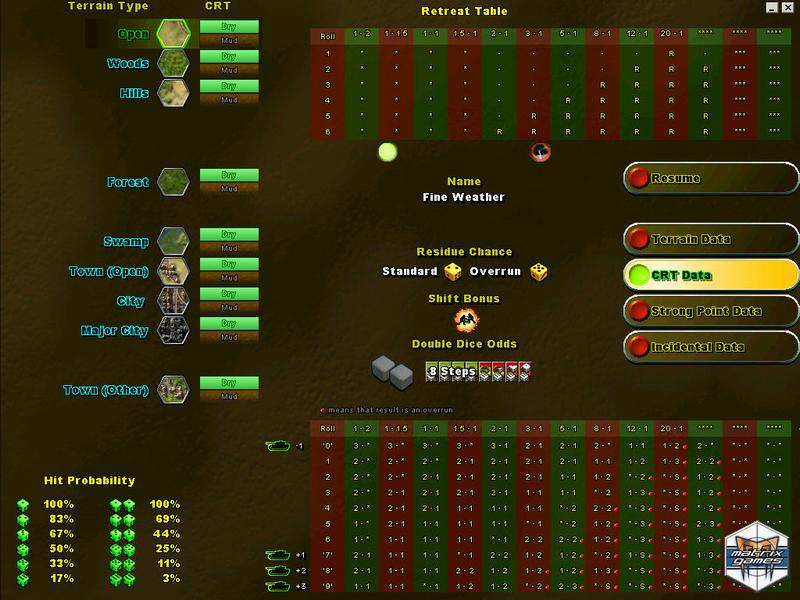 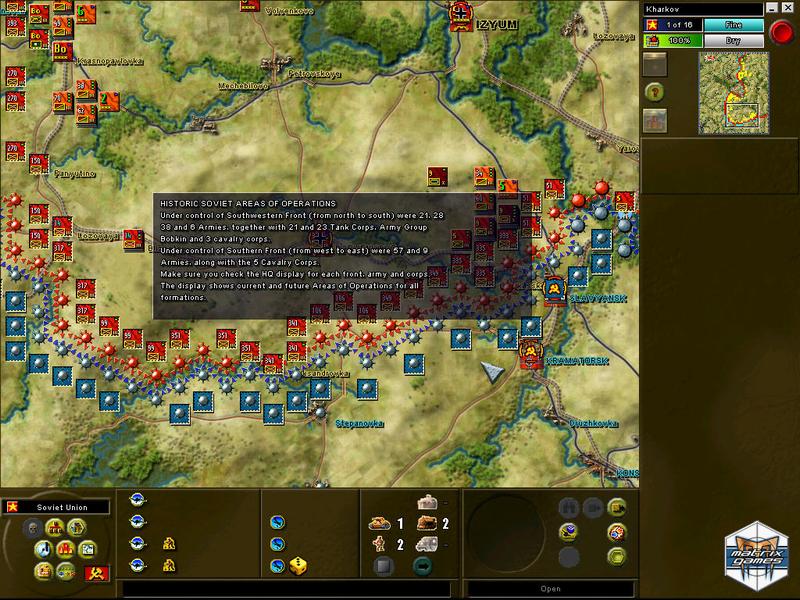 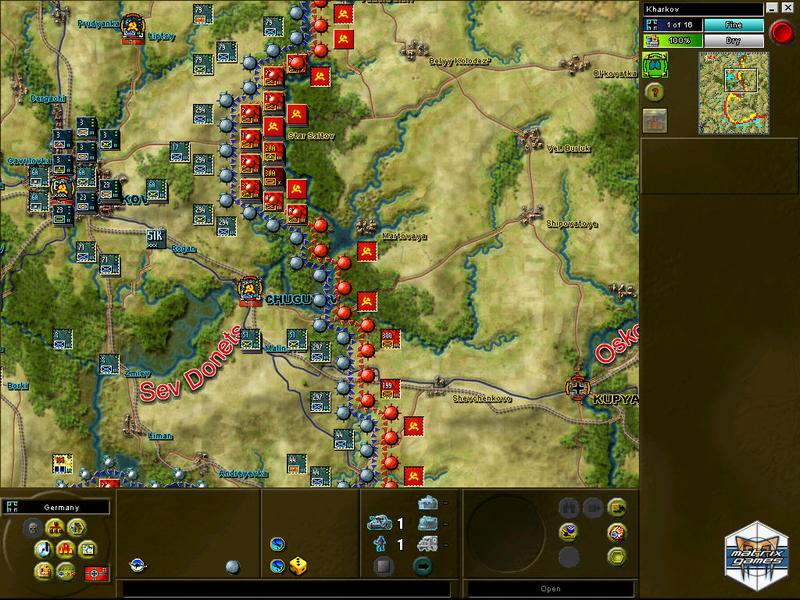 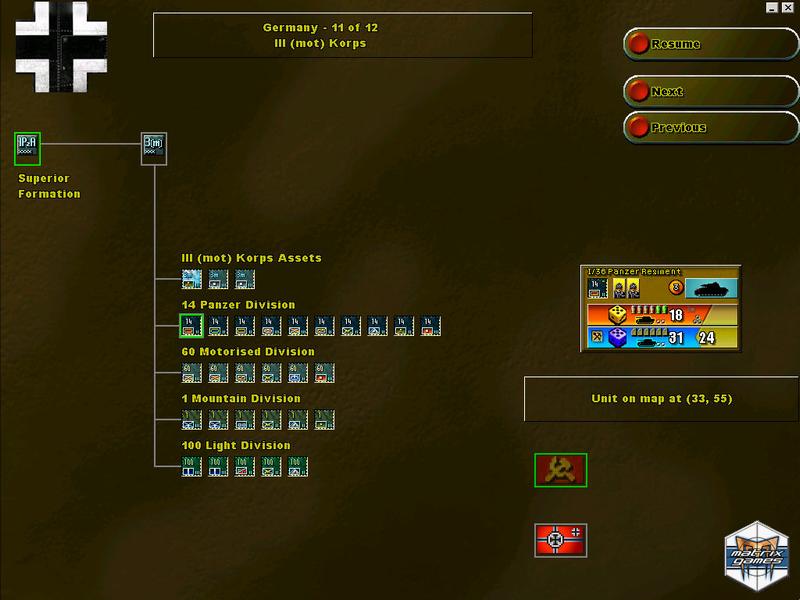 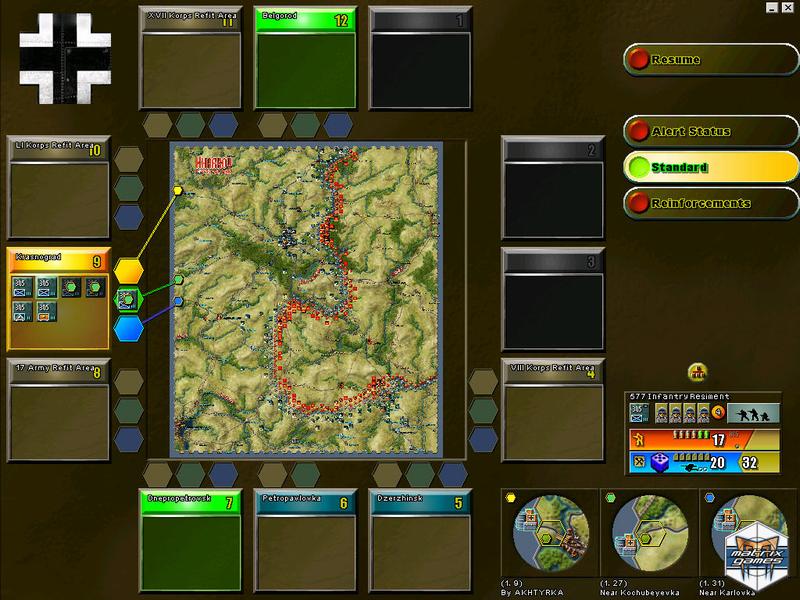 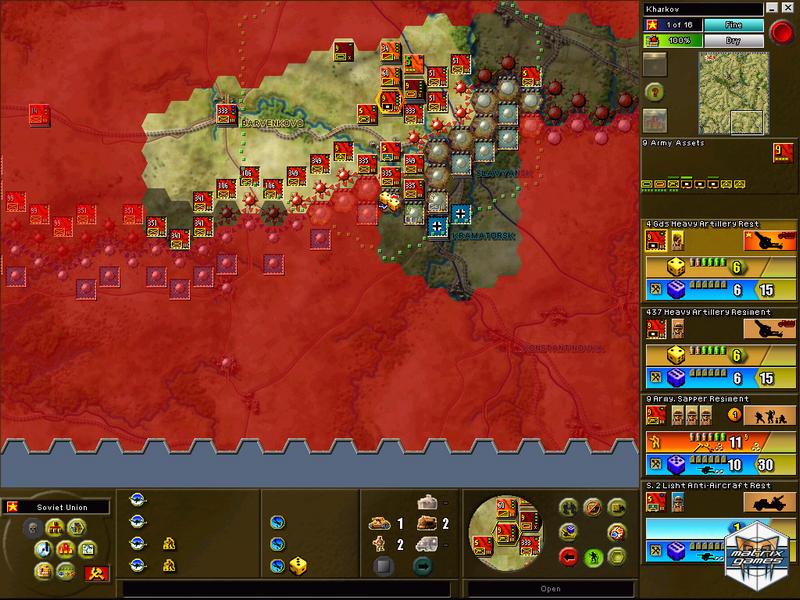 Across the Dnepr: Second Edition

Across the Dnepr: Second Edition revisits a classic on a new system. Created from the ground up as an expansion for SSG's acclaimed game engine,…

Apr. 05, 2010 - The hefty expansion to the highly touted Kharkov engine is now rolling across the steppes Matrix…

Kharkov: Disaster on the Donets Gets a Major Update

Apr. 05, 2010 - A major new update to the famed gaming system is advancing side-by-side with the newly released…

New Screenshots Released for Across the Dnepr: Second Edition!

Mar. 30, 2010 - New images are smashing into enemy lines for this revamp of a classic game Matrix Games and…

Kharkov: Disaster on the Donets is Updated

Kharkov: Disaster on the Donets is a strategy title from the award-winning team at Strategic Studies Group. A synthesis of the very best elements of two critically acclaimed and top-rated game systems, Decisive Battles and Battlefront, and a successor to both, the new Kharkov: Disaster on the Donets brings to life a campaign of epic scale and dynamic battles on the Eastern Front of World War II.

Command the Soviet forces, newly confident after stopping and throwing back the Barbarossa offensive, or try the elite and seasoned German army now reconstituted after Winter losses and ready to regain the initiative. Two separate forces prepared offensives in the same area in the Spring of 1942. When the dust had cleared the Germans had managed a great victory that opened the doors to the drive on Stalingrad. But the outcome was far from certain and in Kharkov: Disaster on the Donets, history is yours to rewrite.

This new system allows both regimental and battalion level combat, while incorporating many innovative features such as off-map reinforcement decisions and on-map historical areas of operation with mystery variants to increase replayability and limit the effect of hindsight. Along with the substantially improved and simplified supply and movement systems, a new bonus and advantage system for headquarters effects, simplified direct fire and better combat tables, an improved strong points system and the ability to create hedgehog defenses make this an advanced and realistic wargame.

Perhaps the most innovative feature of Kharkov: Disaster on the Donets is the on-map area of operation and mystery variant system. This system takes away the advantage of hindsight by restricting mass unit relocation while allowing the areas to change as you achieve your objectives, with mystery variants keeping the opponent from predicting your limits. These rules represent a realistic modeling of historical command restrictions and add a fascinating layer to each side’s decision-making.

An innovative and fun area of operation system which limits unrealistic redeployments for both players, with changes triggered as local objectives are achieved and based on mystery variants to keep the enemy guessing

Models both battalion and regimental combat