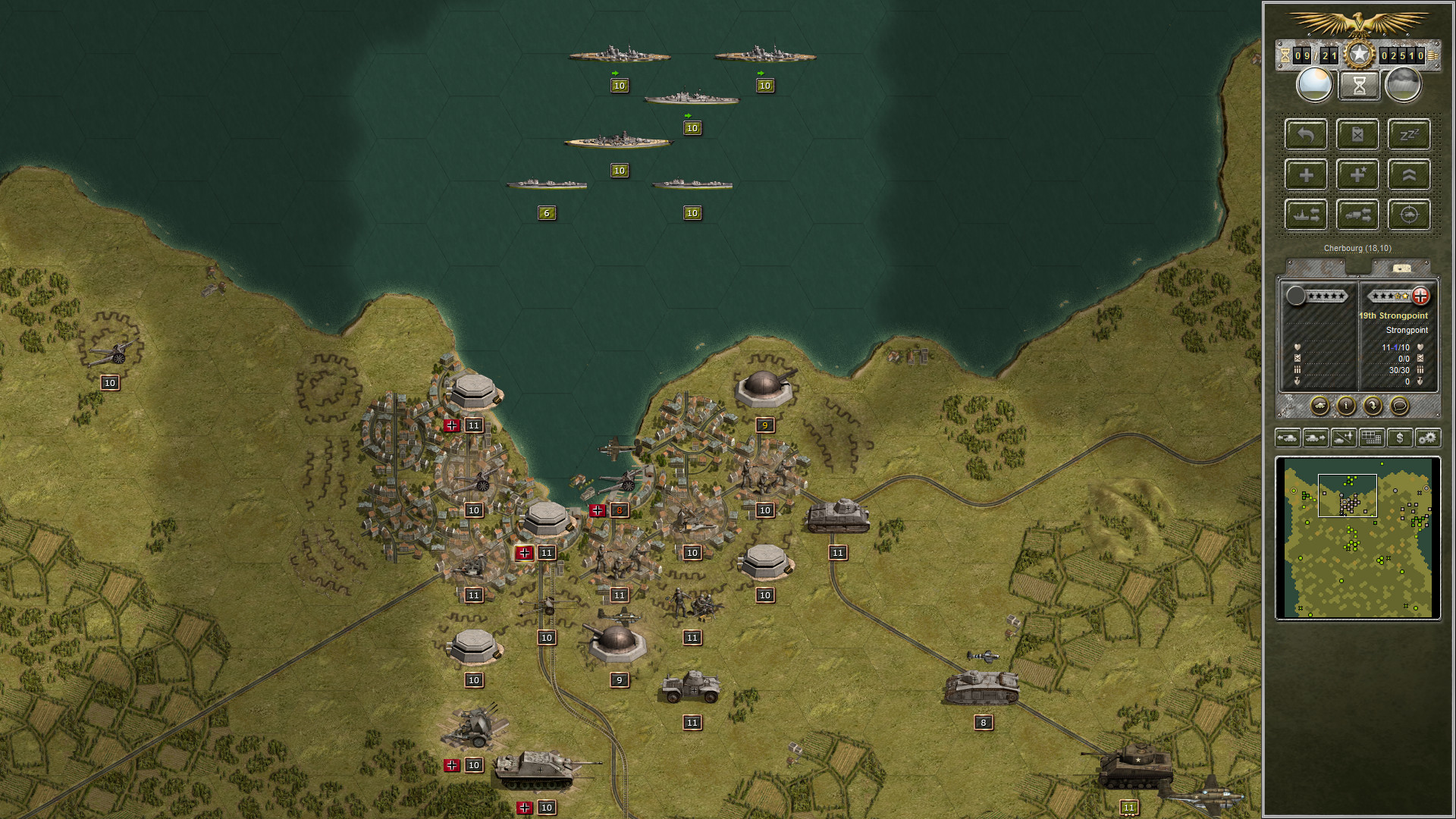 Western Europe (Operation Overlord to V-Day) - The third instalment of a mega campaign covering the entire African and European campaigns of the United States. Carry over your troops from US Corps '42 and US Corps '43! 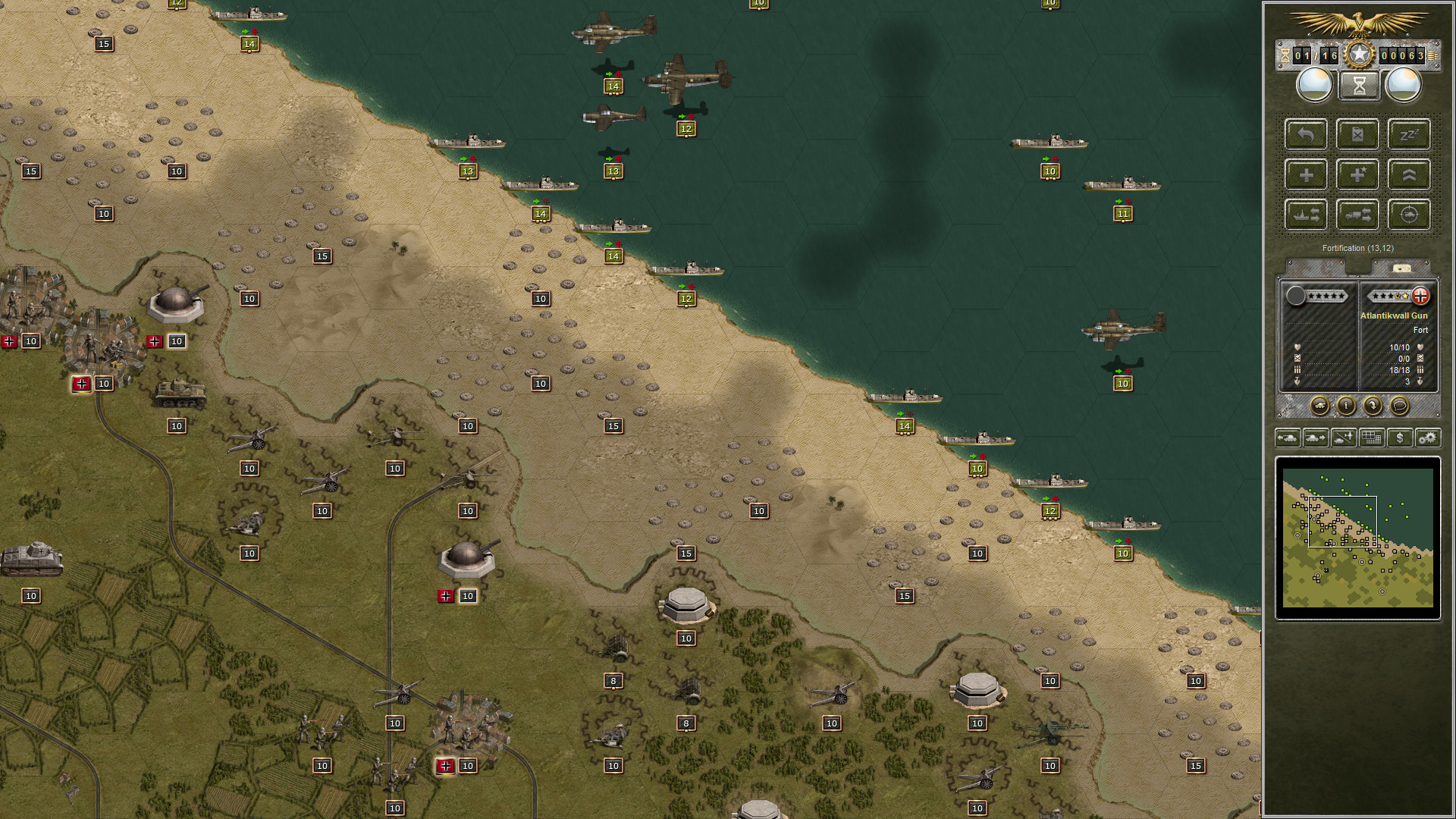 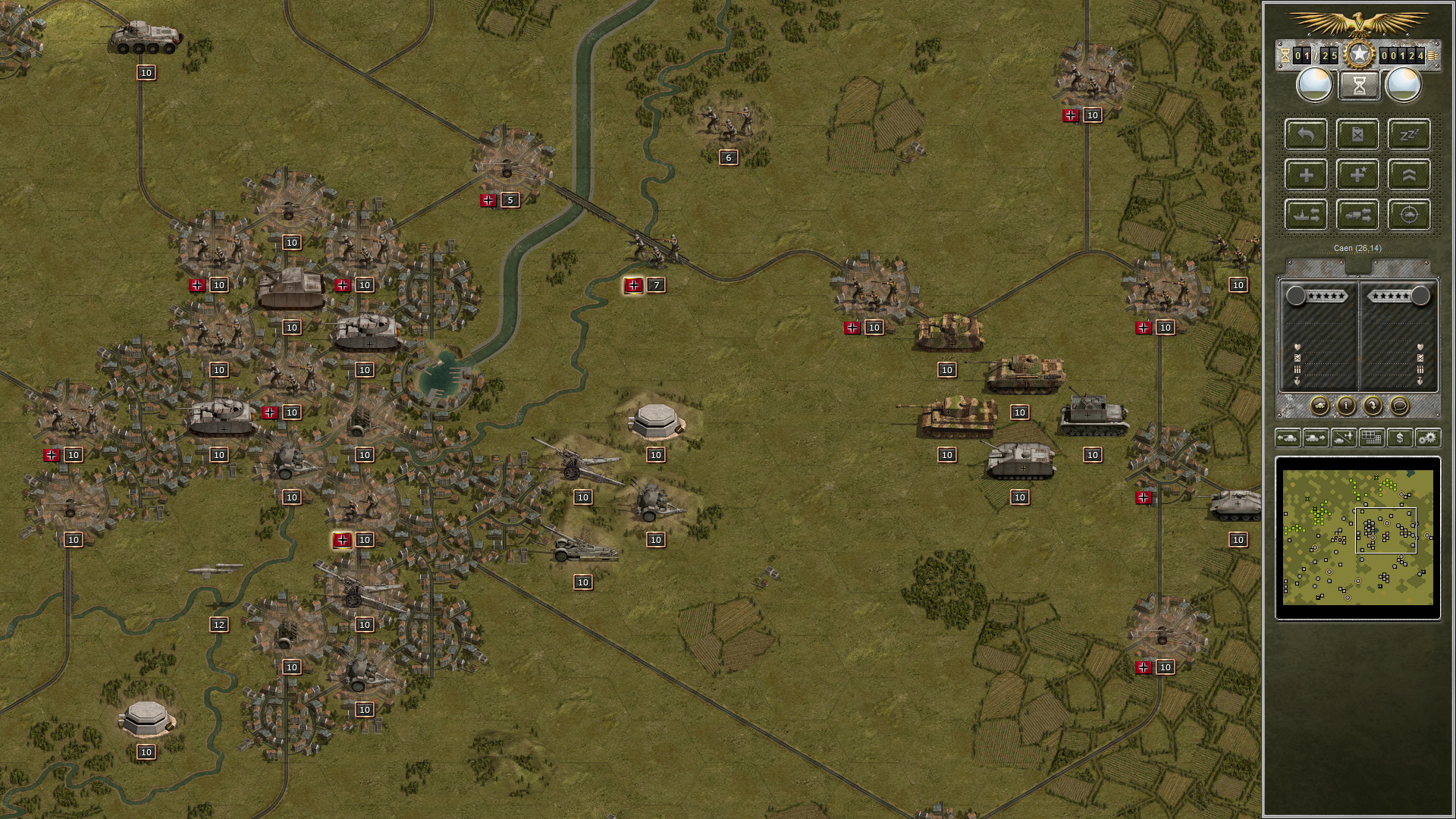 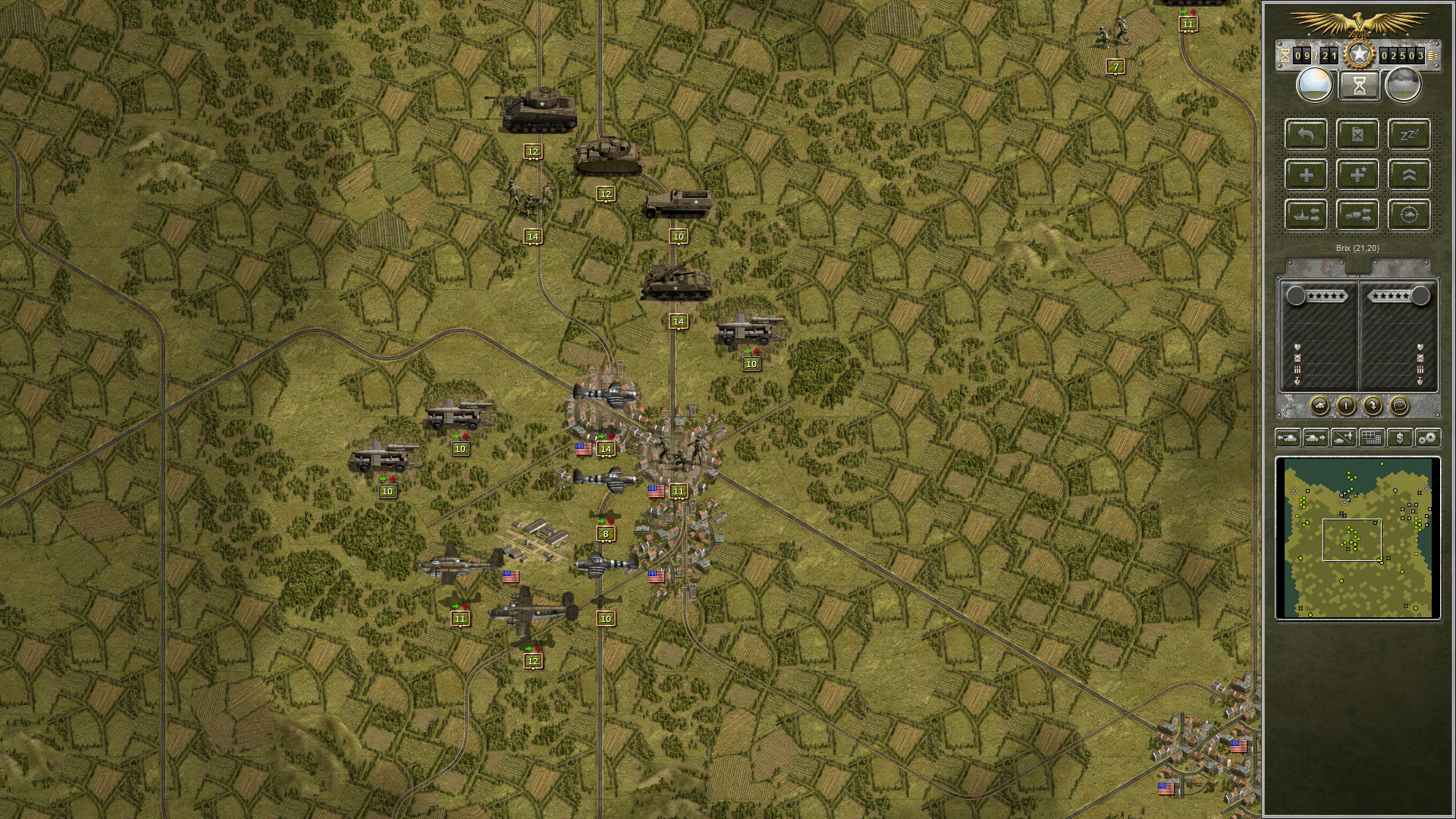 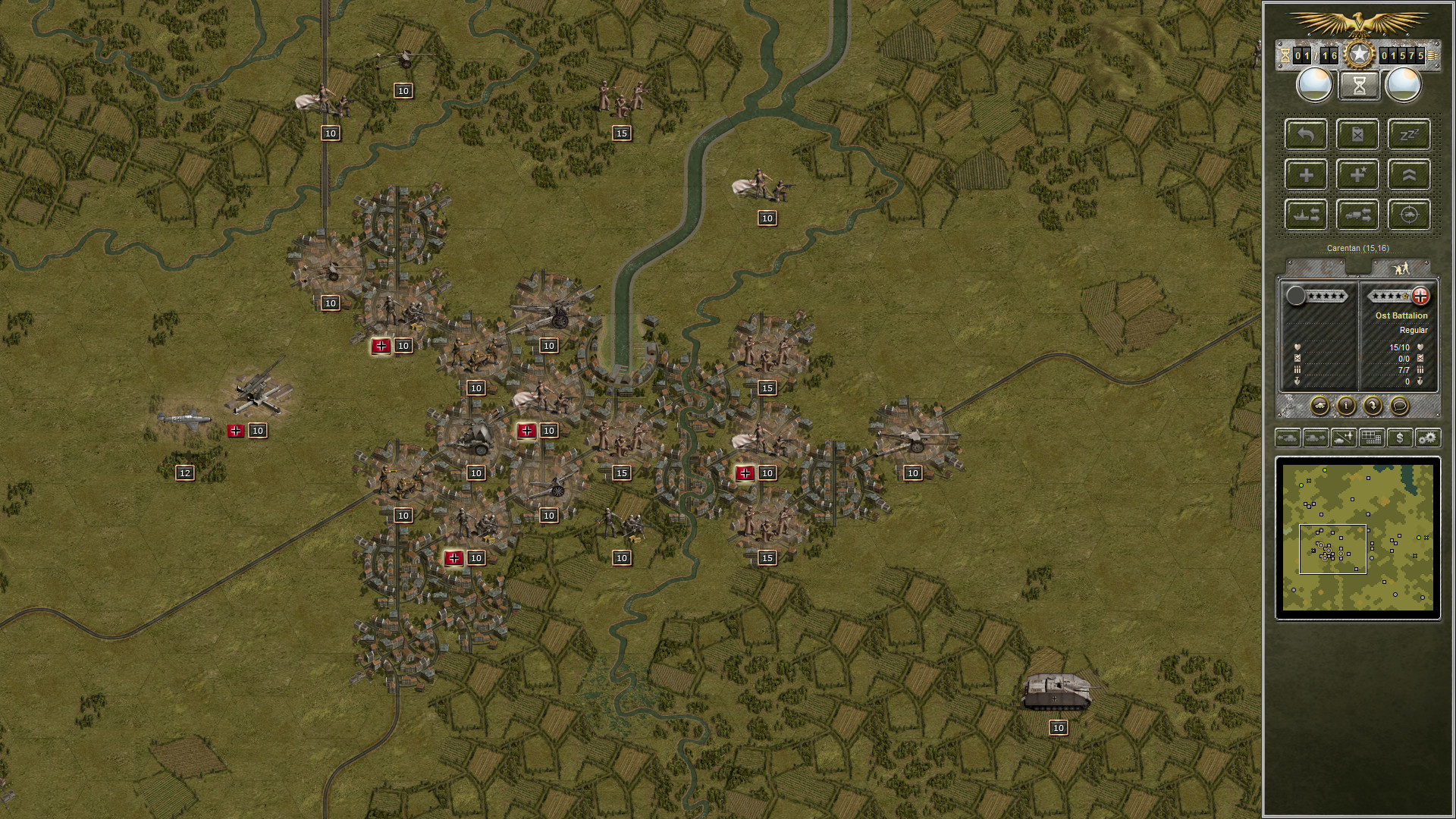 S Corps '44-'45 is an expansion for for the award-winning turn-based strategy game Panzer Corps and require Panzer Corps to be played. This DLC is the third instalment of a mega campaign covering the entire African and European campaigns of the United States. Carry over your troops to US Corps '42  and US Corps '43!

It’s 1944, and after several years of war the Allies have finally gained the upper hand. More than a million troops prepare in England for the largest amphibious invasion in history: Operation Overlord.
The plan is to land on several beaches in northern France, and then to push east and finally put an end to the war.The coast is heavily fortified, and the Allied High Command is certain that Germany will fight bitterly and will make the Allies pay dearly for any progress. The path to Berlin will be hard and bloody, but the end to the most devastating conflict in history is at hand.
Set in World War II, Panzer Corps puts players in the general’s tent in charge of massive armies, across an endless list of scenarios and campaigns, carrying their core forces through the war. Experience all fronts of World War II - from the snows of Russia to the sands of North Africa, from the grass fields of Normandy to the hills of the Balkans! Command thousands of units from several nations! Panzer Corps is a real classic series, an award-winning turn-based strategy game that the press has called “…nothing short of brilliant” and “the spiritual successor to the Panzer General series”, with high rankings and praise around the world.

© 2014 Slitherine Ltd. and Matrix Games Ltd. All Rights Reserved. Panzer Corps, Allied Corps, Afrika Korps, Grand Campaign, Slitherine Ltd., Matrix Games Ltd., and their Logos are all trademarks of Slitherine Ltd. All other marks and trademarks are the property of their respective owners. Developed by The Lordz Games Studio, Flashback Games and Slitherine.
18 new scenarios (Omaha Beach, Pointe du Hoc, Carentan, Cotentin, Cherbourg, Avranches, Brittany, Caen, Falaise, Aachen, Rur, Sankt Vith, Bastogne, Houffalize, Remagen, Torgau, Wargames, Operation Unthinkable)
Please note that if you bought the Mac version of the base game on the App store, you will need to buy this expansion on the app store as well and not from our site!
Base Games (one is required)
Panzer Corps