Storm over the Pacific 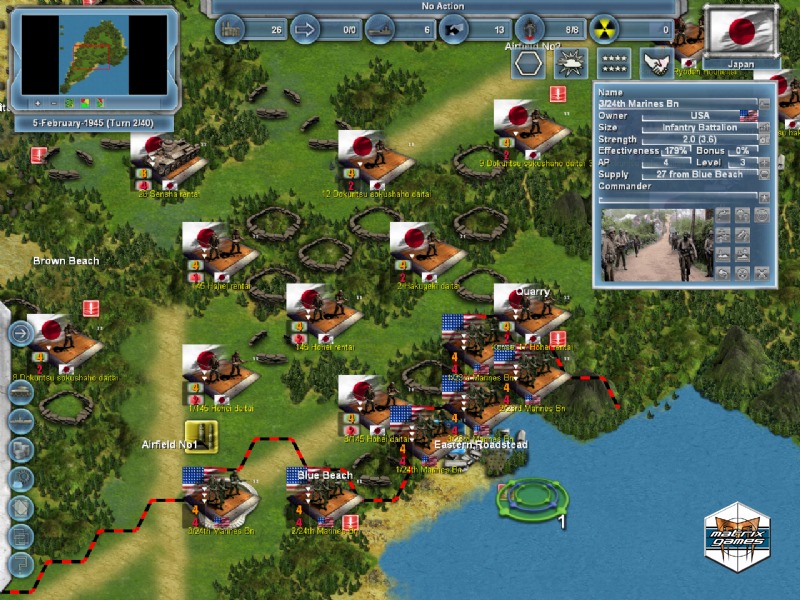 The creators of WW2: Time of Wrath move to the Pacific theater with Storm over the Pacific. Depicting the epic conflict between Japan and the United States, players choose from 26 available countries. Concentrate on directing one country or command several to lead an alliance of nations. 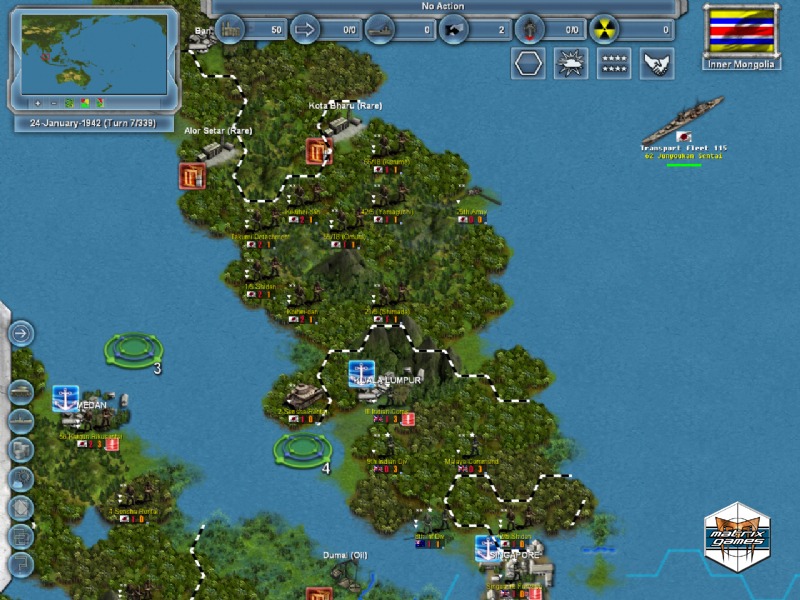 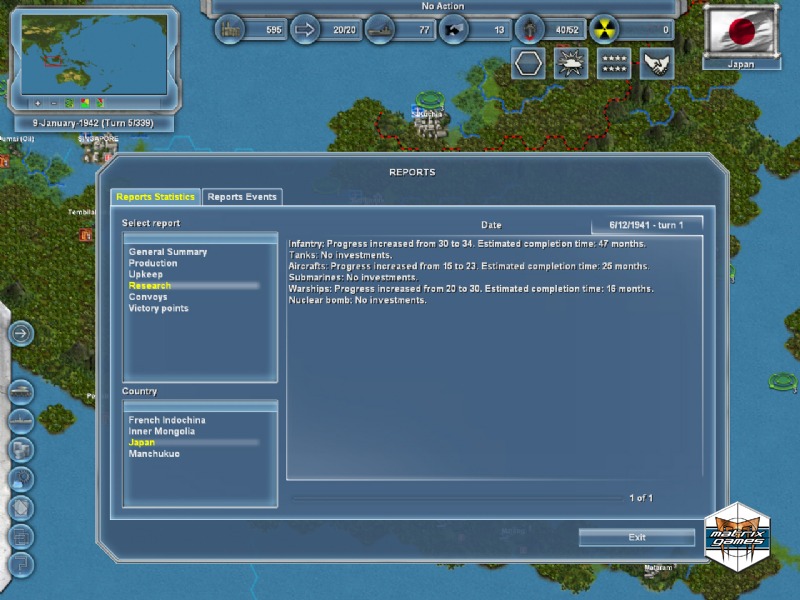 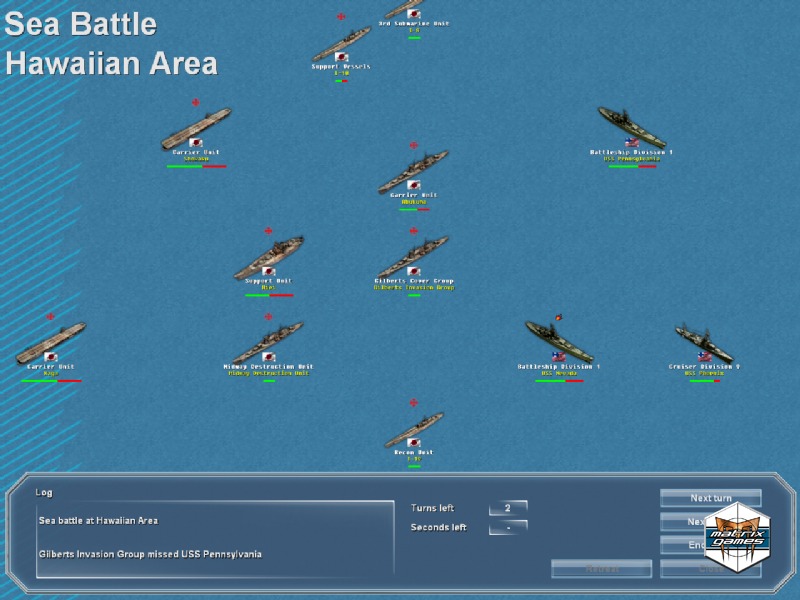 Storm over the Pacific Updated to v1.10

Hotfix Released for Storm over the Pacific

Mar. 23, 2011 - A couple quick issues are remedied in this small update Matrix Games and Wastelands…

Storm over the Pacific is Updated and on Sale!

Mar. 01, 2011 - Some rule tweaks and PBEM improvements to go along with a temporary price reduction Matrix…

A New Trailer for Storm over the Pacific is Released!

Sep. 11, 2010 - This new movie sets the stage for the massive conflict in the Pacific theater Matrix Games…

Based on an improved version of the popular Time of Wrath engine with plenty of graphical improvements as well, Storm over the Pacific is a tun-based strategic game. It represents a beautiful rendering of the Pacific theater of the Second World War stretching across China, Burma, India, US West Coast, Australia, Philippines, Malaya, Indonesia, Siberia, Pacific Ocean and part of the Indian Ocean. Master the economic system to maximize resources, maintain alliances to ensure dominance and embark on an exciting race to develop the Atomic bomb to end the war.

The creators of WW2: Time of Wrath move to the Pacific theater with Storm over the Pacific. Depicting the epic conflict between Japan and the United States, players choose from 26 available countries with historically accurate orders of battle including land, sea and air units and leaders. Concentrate on directing one country or command several to lead an alliance of nations.

Engage in battle over the vast expanse of the Pacific with 16 unit types modelled with an intuitive supply system and governed by realistic and historically accurate weather patterns. Behind the front lines, players can also manage alliances, monitor economic conditions, and research new technologies. With shrewd management of research resources, players may even embark on a dramatic race to develop Atomic weapons and turn the tide of the war! Even the best laid plans may still falter, though, as hundreds of historical events may occur throughout a campaign, adding the element of surprise and unpredictability that is so commonly found in war.

Storm over the Pacific also sports a configurable user interface that allows you to freely arrange the information and orders panes on the screen. With this sort of freedom, commanding armies and managing nations is easier than ever! Create your own intuitive interface suited to your play style so you can concentrate on plotting to defeat your enemies!

6 types of units for combined land, air and naval combat

Fully historical, detailed orders of battle complete with historical names and commanders for all units

An accurate and relevant weather system complete with snow, spring and autumn rainfall and more

Plenty of modding opportunities including an extended game editor, an event editor, and plenty of accessible and easily-edited game files 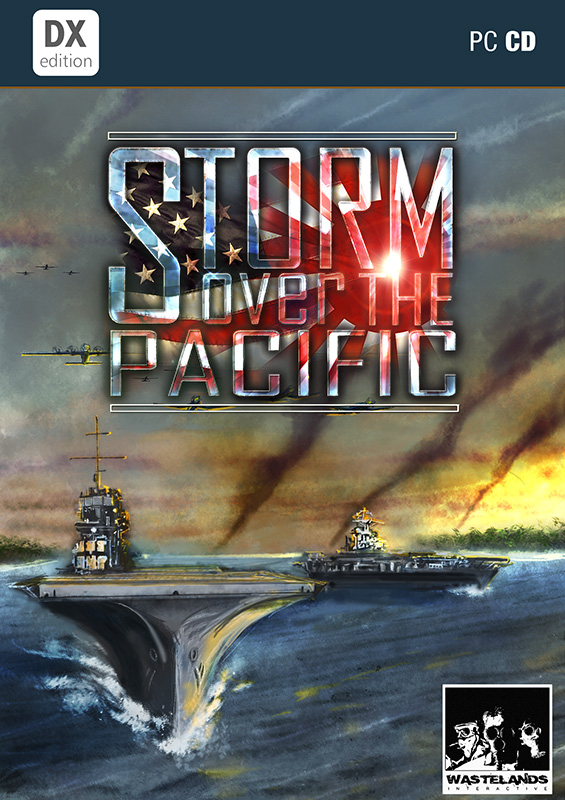